For obvious reasons, I’ve been thinking a lot about the way comedy and the language of violence have become long-standing bedfellows. A great comic knows how to deliver a dynamic punchline. And if they did phenomenally well during a set, they killed.

Several comedians have long adopted the aggression we use to describe their art form and have defiantly stuck to the notion that effective comedians have to actively be fighting against something. Oftentimes that something is a group of people who a lot of us already pick on, or in comedy parlance, “punch.” And now that the punched have more avenues to express their refusal to sit back and take it, comedians are struggling to understand how to evolve.

Jerrod Carmichael’s latest HBO stand-up special, Rothaniel, is a revelatory, brilliantly uncomfortable and emotional exploration of the self that feels like the evolution these comedians have been pretending is impossible. Rothaniel, and the Saturday Night Live monologue Carmichael delivered a few days after the special went live, comes out of nowhere as an answer to the comedians’ — and their fans’ — plights while offering a future in which comedy can do more than make us laugh at people who don’t deserve our ridicule.

The biggest news coming out of the special, of course, is how, about 25 minutes in, Carmichael comes out as gay to the audience. It’s a moment of bravery and openness that feels unique and even jarring in its vulnerability. But just to harp on that one moment without understanding the buildup and execution of the moments surrounding it does an injustice to Carmichael’s work.

Like all jokes, the beauty is in the setup, like the way he uses the sympathy he garnered in the first half of the special to make his bit about dating white men hit like a plot twist that causes laughter and playful groans from an audience that he’s now conditioned to treat him like a friend. In his previous special, Jerrod Carmichael: 8 in 2017, the comedian is on an elevated stage in New York City’s Masonic Hall surrounded by people in suits and fancy dresses. In that special, he’s his usual calculated self, executing every joke with a scripted precision to let you know he’s in control the whole time. 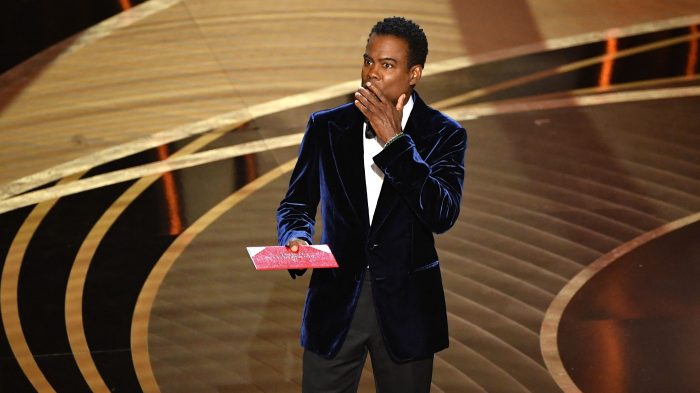 Comedians get slapped all the time, just not the ones you see on TVRead now

But Rothaniel takes place at the dim Blue Note Jazz Club, where the FAQ page says the dress code is “smart casual.” Here, Carmichael sits, the top couple of buttons on his collared shirt undone, and he’s moving differently. He’s warm, welcoming the audience to the show and telling them he needs them. Like he won’t be able to get through the show without them. This doesn’t feel like the same Carmichael who sat around with his rich friends at the barbershop and complained about his poor family members. He seems less calculated, too, like the show is taking him to the finish line and not the other way around.

Carmichael is a master of the spaces between jokes. Previously he’d use those pauses to hit us with some unexpected turn of cruelty. Like on 8, when he’d pause long enough to make us think we were getting a moment of earnest reflection before saying he didn’t care about animals or global warming. On Rothaniel he uses those pauses to just be in the moment. Sometimes he fires back with an unexpected punchline (like when he talks about making so much more money than his brother). And other times it goes awry: like the disappointing way his first joke after coming out to the audience uses an ableist slur. It’s the biggest punch of the show and the one that takes you out of the moment in the worst way. The show was just so expertly crafted that this punch-down feels so out of place. 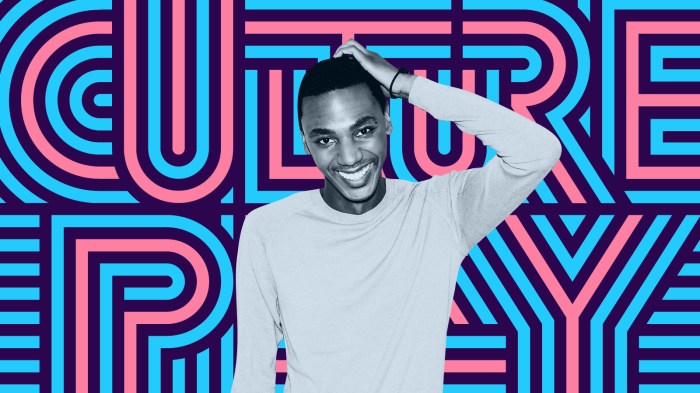 Carmichael formats the special like a comedy Q&A. It feels impromptu but it takes a mastery of crowd control to make an audience feel comfortable enough to shout out questions, pushbacks and offer solutions to heal his relationships with his mother, who plays a pivotal role in the special. The show opens with a hilarious yet painful bit about his mother learning about his father’s infidelity. The bit ends with her forgiving his father and cooking him breakfast the next morning. So it’s doubly painful to learn that this same mother won’t “forgive” Carmichael for being gay.

It’s in Carmichael’s difficulty grappling with his mother where the special feels like something more than comedy. It feels like therapy. I’m reminded of Richard Pryor using the stage as his therapist’s couch to grapple with his drug addiction. But Carmichael is looking for something more. He’s not just looking to vent his feelings to the audience, he’s looking for the audience to fill the void left by the family members who have turned their backs on him. So he just talks, relying on his natural charisma and newfound openness to carry him. And it’s beautiful, awkward and endearing, leaving the audience sometimes silent, sometimes guffawing and always engaged.

Rothaniel doesn’t pull punches because it doesn’t actually try to do much punching. The special doesn’t feel like a fight where I have to be on guard for the next insult to vulnerable people or my intelligence. It feels like a welcome. A group session that offers healing, laughter and thoughtfulness. Jerrod Carmichael allowed himself space to feel and heal, but also provided comedy a path forward to something more.