After his first Finals appearance, Celtics star is learning the spotlight has been magnified for better and for worse

Boston Celtics star Jayson Tatum vacationed in the Cayman Islands just days after losing in the 2022 NBA Finals to celebrate Father’s Day and get his mind off basketball.

Being far away from Boston and wearing swim trunks instead of basketball shorts still couldn’t help him truly escape, as well-meaning NBA fans reminded him of the failed title attempt on sight.

“So, I just wanted to go relax. Long season, clearly,” Tatum told Andscape during a recent NBA season promotional shoot in Burbank, California. “Enjoy some time with my son and the family. Get away from it. The Finals were so fresh in my mind.

“And every time we walked out the room, somebody saw me and said, ‘Oh, man, we wish you would’ve … ’ ‘Good luck next year.’ And that’s even said to this day. But it was just three or four days afterwards, so it was really fresh.”

The three-time NBA All-Star was awarded the 2022 Larry Bird Eastern Conference finals MVP award after averaging 25 points, 8.3 rebounds and 5.6 assists against the Miami Heat. Tatum also averaged 26.9 points, 8 rebounds and 4.4 assists during the regular-season. But in losing to the Golden State Warriors in six Finals games, the 6-foot-8, 210-pounder’s offensive production dropped at the most crucial time, as he averaged 21.5 points on 36.7% shooting from the field.

“It was just a learning experience, learning a lesson,” the 24-year-old Tatum said. “Maybe do some things differently next time if you get to that point. Obviously, it’s tough to learn a lesson that way, but it is what it is …

“It just fuels you. Motivates you to get back to that point.”

It turned out Tatum played in the 2022 NBA Finals with a right shoulder injury, and he also revealed to Bleacher Report’s Taylor Rooks in August that he had a small non-displaced bone chip in his wrist for two months that was healed entering the NBA Finals but still susceptible to pain if hit. Tatum told Andscape that his injured wrist didn’t need offseason surgery.

“It affected me, but that’s why I never talked about it,” Tatum told Andscape. “I didn’t show people I was wearing a brace [off the court] because if I’m out there, if you playing, then you playing. So, if you can’t play, then you can’t play. It was June, so everybody was dealing with something. I wasn’t the only guy out there that was banged up.

“[Celtics center] Rob [Williams] was damn near playing on one leg and I know the Warriors had guys [with] injuries and stuff, so it’s not an excuse. It was just the reality.” 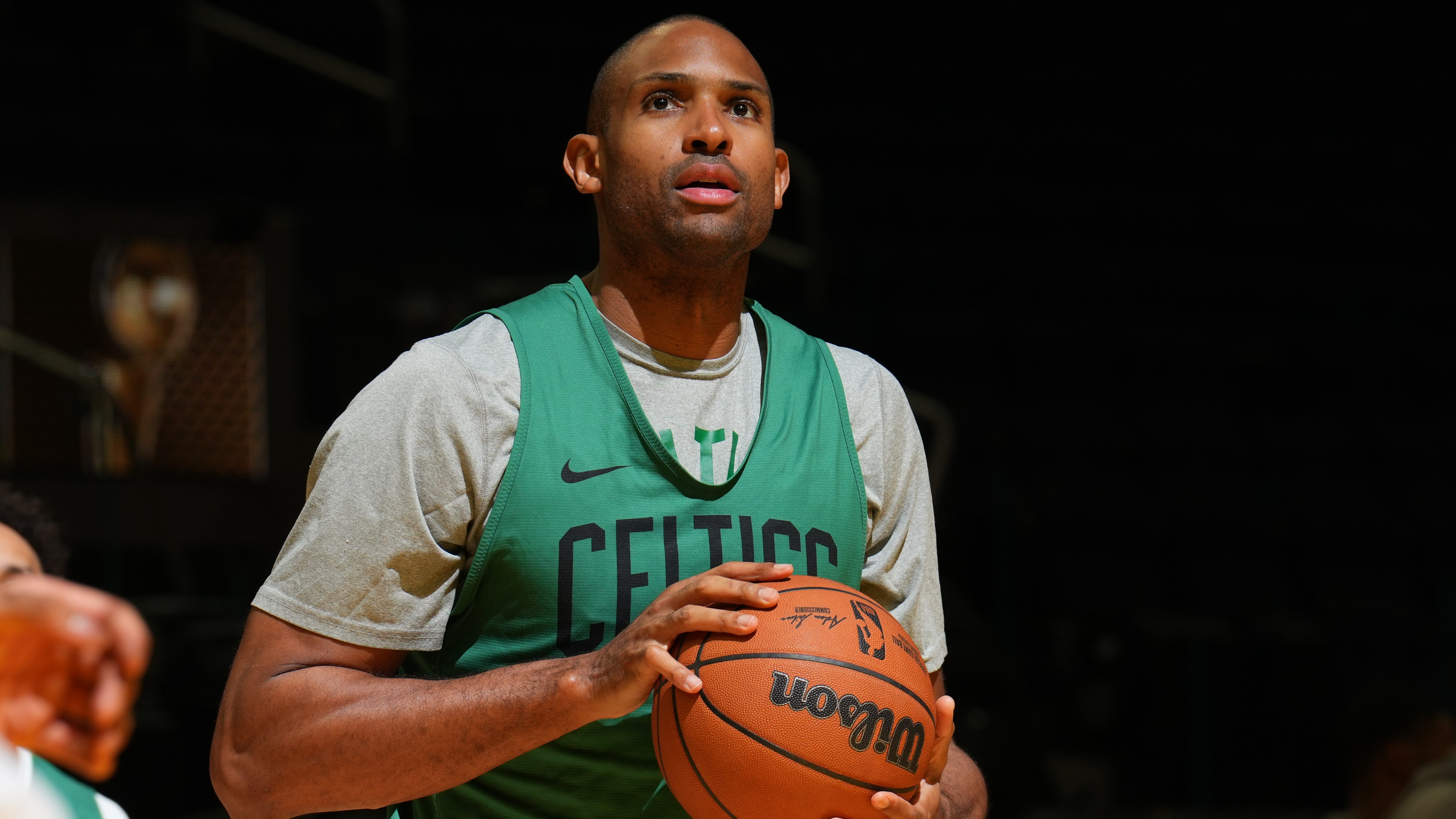 Williams is expected to be out four to six weeks after undergoing left knee surgery on Sept. 23. The Celtics also lost newcomer forward Danilo Gallinari to a torn ACL in his left knee while playing for Italy during a FIBA World Cup qualifier game in August. There is no timetable for Gallinari’s return.

While the offseason had its share of injury-related challenges for Tatum and the Celtics, the biggest challenge of all for the reigning Eastern Conference champions is expected to be the suspension of head coach Ime Udoka.

Udoka was suspended last month for the 2022-23 NBA season after an investigation by an independent law firm uncovered multiple violations of team policies. Sources previously told ESPN’s Adrian Wojnarowski that Udoka had an intimate relationship with a female member of the franchise’s staff. Celtics assistant coach Joe Mazzulla has taken over on an interim basis.

Tatum said during media day last week that no one from the Celtics told him beforehand that Udoka was being investigated. The St. Louis native also said the Udoka news was “a lot to process” and that he first heard about it on Twitter.

“It’s hard for me to answer if things were handled the right way or if they weren’t because, I guess for a lot of reasons. I don’t know all the details. I just don’t know,” Tatum said.

As it relates to the roster, the Celtics did address the point guard position and turnover issues that plagued them during the 2022 NBA Finals with the addition of veteran Malcolm Brogdon via trade. Brogdon averaged 19.1 points, 5.9 assists and 5.1 rebounds for the Indiana Pacers last season. Boston started 2022 NBA Defensive Player of the Year Marcus Smart at point guard last season.

Respecting their success, Brogdon said during media day that he will accept any role with Boston. Either way, Tatum is ecstatic to add a talented and respected veteran player to the Celtics’ roster.

“Brogdon brings a level of toughness, good point guard. Obviously, he could shoot it as well and defend. So, we definitely got better,” Tatum said.

Tatum and the Celtics franchise and fan base are also entering the season with heavy hearts after the death of legend Bill Russell.

The five-time NBA MVP died at age 88 on July 31. Russell won 11 championships as the star of the Celtics from 1956 to 1969. The NBA’s first Black head coach is in the Basketball Hall of Fame as a player and a coach. Russell also was a renowned civil rights leader who was awarded the Presidential Medal of Freedom by President Barack Obama in 2011. The NBA has retired Russell’s No. 6 leaguewide, and every player will wear a black No. 6 patch on his jersey in the upcoming season. 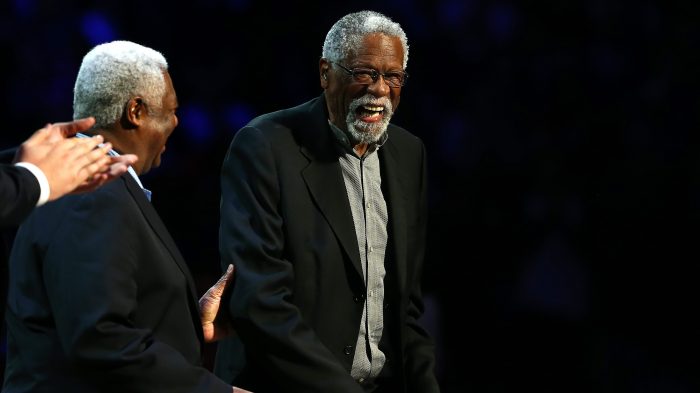 “I met him a few times and I knew a lot more about him once I got to the league, and obviously being with the Celtics, than I did before, just with my age and how young I am,” Tatum told Andscape. “But I understand what he meant to our country, and how much he meant to the game of basketball. I’m glad to see the way that the NBA is honoring him, his life, and his legacy.”

Tatum is entering his sixth NBA season, is the face of the Celtics, won a gold medal with Team USA during the 2020 Tokyo Olympics and was seen on social media this offseason hanging out with rap icon Jay-Z, famed comedian-actor Kevin Hart and has been romantically linked to R&B star Ella Mai.

Even so, Tatum believes playing in the NBA Finals is the reason he has become so popular all over the world, from Boston to the Cayman Islands.

“If I was easy to recognize, then it’s magnified by a thousand since playing in the Finals because it’s the Finals,” Tatum said. “Everybody, even if you don’t watch the regular season, you watch the Finals and [read] all the stories, and headlines, and we were the only two teams playing. So, yeah, a lot more people know me now.”