Hurts, who has led the Eagles to the NFC Championship Game, left an impression on the veteran from the moment the QB joined the franchise

McLeod always takes heed to temper his public comments about Hurts so as not to put more pressure on the young passer’s shoulders. After meeting Hurts, however, McLeod became convinced that the quarterback would hit it big with one of the NFL’s most demanding fan bases.

For McLeod, Hurts’ future was as clear as if it had been displayed on the tallest building in downtown Philly in flashing red neon.

“From day one, you saw that he’s a leader in the true sense of the word, and he’s a guy who makes it really easy for you to rally behind based on his work ethic,” McLeod, who played alongside Hurts for two seasons with the Eagles, told Andscape on the phone Monday.

“When he speaks, you listen, because everything has already been verified by his approach. All the things we needed to see from him, arriving [at the Eagles’ practice facility] early, staying late, connecting with guys in the offseaon and helping them work on their craft while he works on his craft … it was all there. No one is guaranteed success, and a lot of things can go wrong, but it was obvious where Jalen was headed. And you see where he is now.” 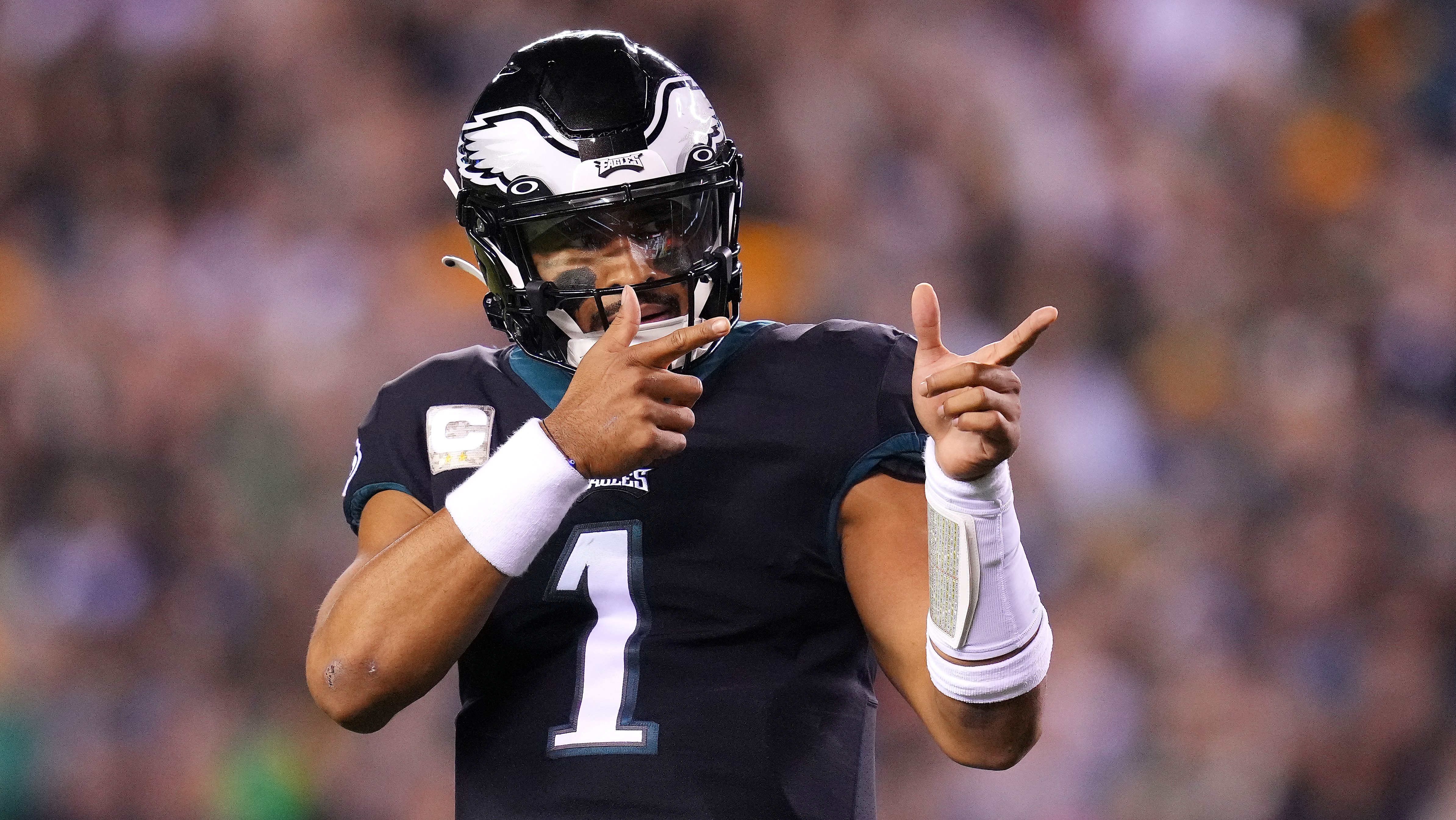 On Sunday, Hurts will lead the Eagles against the visiting San Francisco 49ers in the NFC Championship Game. In only his second full season as Philadelphia’s starter, Hurts emerged as one of the league’s top offensive players while leading the team to the NFC East title and the No. 1 overall seed in the NFC playoffs. The Eagles will rely on Hurts to help them represent the conference in the Super Bowl for the second time in six seasons (the Eagles won Super Bowl LII).

Obviously, Philadelphia fans will praise Hurts if he directs the team to a victory over San Francisco at Lincoln Financial Field. But make no mistake, McLeod said, Hurts has already won many over.

“The city is behind him. For sure, Jalen has already accomplished that,” McLeod said. “The thing about [Eagles fans], part of what I love about them, is that they’re passionate. They have high standards, and they hold you to the highest standards every single season, every single game and every single play. But what I love about [Philadelphia] most is that it’s a blue-collar city, and Jalen is the perfect example of a guy Eagles fans really appreciate.

“He didn’t have it easy in college. Yeah, he went to Alabama, but his career there didn’t go like a [storybook]. His job was taken. He had to go somewhere else to finish out his college career, and then he comes to the Eagles and there are people out there doubting whether he can make it. What it all shows you is his ability to persevere, accept challenges and respond to them. Jalen always responds. Definitely.”

The dual-threat star, who, after transferring from Alabama was a 2019 Heisman Trophy finalist while playing for Oklahoma, is considered among the leading candidates for The Associated Press NFL MVP award. In the divisional round, Hurts appeared to be in good form after missing two late-season games because of a shoulder injury.

Facing the visiting New York Giants, a divisional rival, Hurts accounted for three touchdowns (two passing touchdowns and one rushing) as Philadelphia cruised to a 38-7 victory. To be sure, the powerful 49ers, who are No. 2-seeded in the conference’s playoff bracket, are expected to present a more formidable challenge to the Eagles than the Giants did last week.

McLeod is familiar with the task in front of the Eagles, because he once traveled a similar road with them.

In the 2017-18 season, McLeod was an Eagles starting safety during the team’s run to the Super Bowl championship. He contributed six tackles and broke up a pass in the Eagles’ 41-33 victory over the New England Patriots, helping the franchise win its first Super Bowl title.

McLeod’s productive career with the Eagles ended after six seasons. Before this season, McLeod, who also played for the St. Louis Rams and is an 11-year NFL veteran, signed with the Indianapolis Colts in free agency. 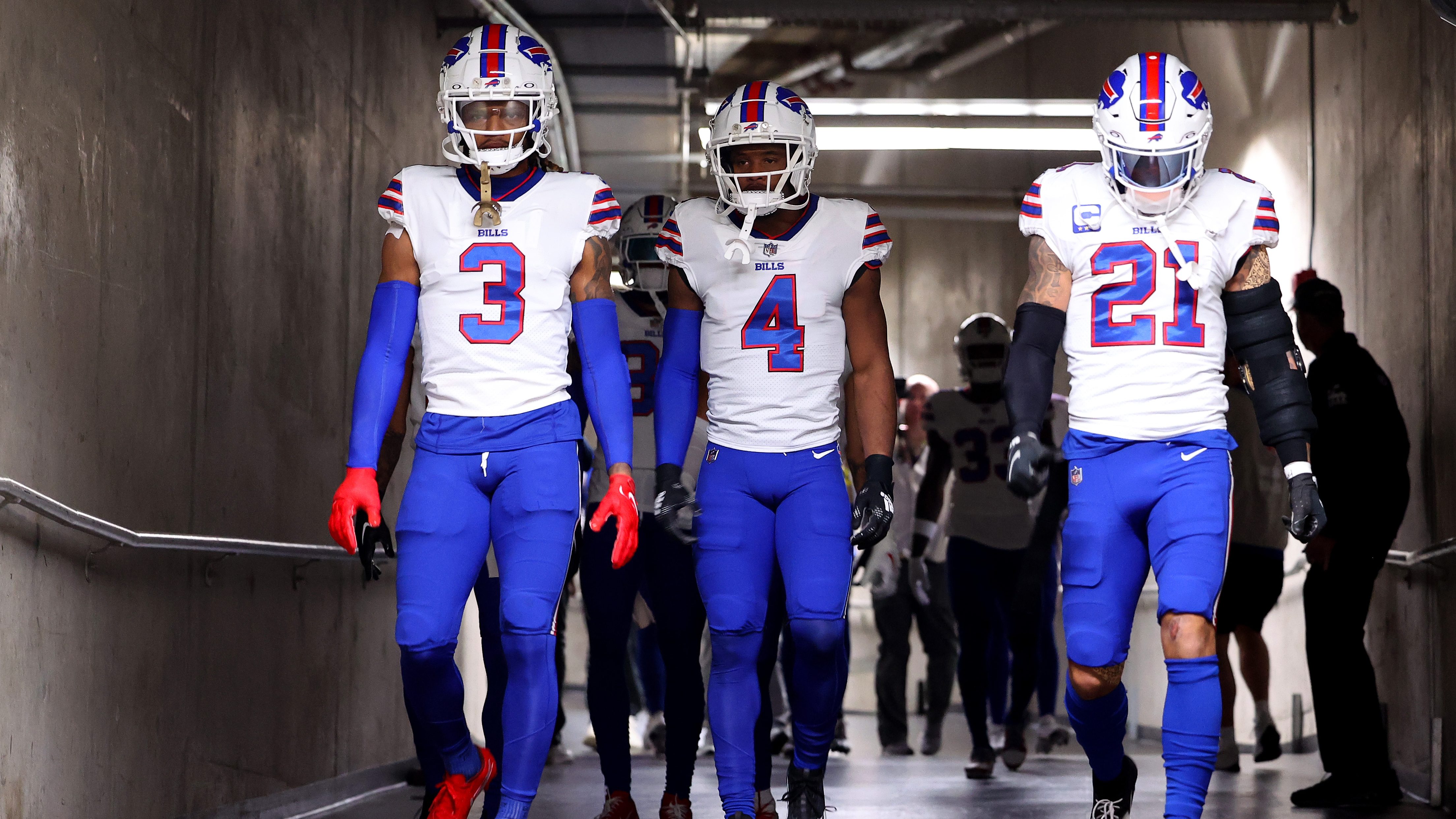 In Week 11, Hurts helped the visiting Eagles rally to a 17-16 victory over the Colts. For much of the game, the Colts outplayed the Eagles, but McLeod knew Hurts wouldn’t give up. With 1:20 remaining on the game clock, Hurts scored on a 7-yard touchdown run.

“I felt pretty confident – all the way up until he scored,” McLeod said. “We were containing [star Eagles wide receivers] A.J. Brown and DeVonta [Smith]. We were stopping the run. There was one guy left: Jalen. With his legs, he started to be effective down the stretch.

“Then, obviously, he scores the touchdown, and they go ahead. He’s a playmaker. For that offense, he’s a valuable weapon, whether it’s passing the ball or making plays with his legs. I’ve seen it now from both being his teammate and being on the outside.”

The Eagles will need Hurts to be in top form against the 49ers, who enter the championship game having won 12 in a row, including the playoffs, and have the NFL’s top-ranked defense in both yards and scoring average.

Although Hurts will be on his biggest stage yet, it won’t be too big for him, McLeod said.

“He’s always very calm and poised in a lot of those, you know, really big moments,” McLeod said. “I know he’ll be dialed in, locked in, and hoping that he will be one the reasons why they get back to the Super Bowl. That’s just the type of guy he is. That’s the type of leader you saw early on he could be.”

Sometimes, many signs point in one direction. With Hurts, McLeod said, they all added up. It was as easy to see as if one had a crystal ball.