Sanders: ‘Everything’s going to go up, and honestly, other players in HBCUs should get deals also’

When Gatorade told Shedeur Sanders he would be the first college football athlete to sign a name, image and likeness (NIL) deal with the national brand, he was at a loss for words.

Sanders has been a part of other NIL deals with big brands, including Beats by Dre and famed quarterback Tom Brady’s new apparel line, but being the first to represent an iconic athletic sports drink, and to do it at a historically Black college and university (HBCU), meant Sanders’ plan was working.

He’s proud to represent these companies, but he considers his path — playing quarterback for his father, head coach Deion Sanders at Jackson State – a movement to help others around him and to continue making noise on a nontraditional route.

“This whole HBCU thing that’s going on right now is bringing national attention,” Sanders said. “We got players from Power 5 actually coming to HBCU schools now, it wasn’t like that a couple years ago, so it’s just really exciting to see that competition will go up. Everything’s going to go up, and honestly, other players in HBCUs should get deals also.” 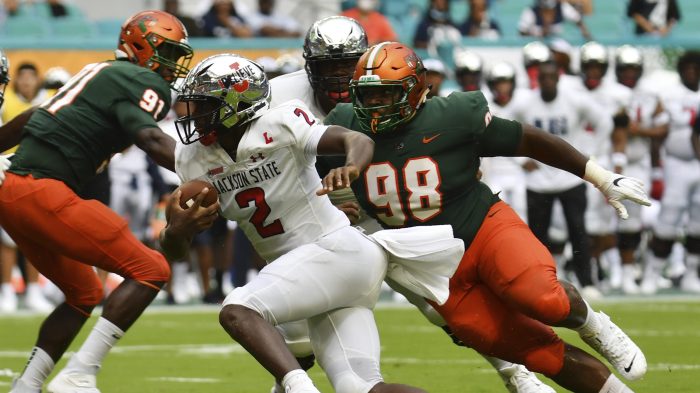 Sanders was an ESPN 300 prospect out of Trinity Christian School in Cedar Hill, Texas, where his father was his offensive coordinator. He had offers from FBS and Power 5 schools, but he chose to follow his dad to Jackson State and try to get others to buy into the notion that they didn’t have to take the typical route.

He wanted to show others that they could have success and shed light on HBCUs across the country.

It was a gamble, because his father hadn’t been a head coach at the college level and it was abnormal for a top-100 prospect to shun the likes of Georgia Tech, South Carolina, Tennessee, LSU, Michigan, Florida and others to bet on themselves. Jackson State hadn’t won more than five games since the team went 8-4 in 2013, but Sanders trusted his father and trusted the plan he had.

An 11-2 season in 2021, and Sanders becoming the first HBCU player to win the 2021 Stats Perform Jerry Rice Award, given to the most outstanding freshman FCS player, validated that decision. It was a move that Sanders, his father and his teammates are now taking advantage of and showing everyone on the outside what they had believed on the inside.

Capitalizing off the successful season, Deion “Coach Prime” Sanders flipped cornerback Travis Hunter, the No. 2 prospect overall and a five-star in the 2022 class, from Florida State in one of the most surprising commitments in recruiting. He was also able to land wide receiver Kevin Coleman, the No. 62 prospect overall. It was a very successful season for the Tigers, though they lost the Cricket Celebration Bowl to South Carolina State University 31-10 in December 2021.

It was the first time an FCS school had signed a five-star since ESPN started its rankings in 2006, in what has been added to many firsts at Jackson State. 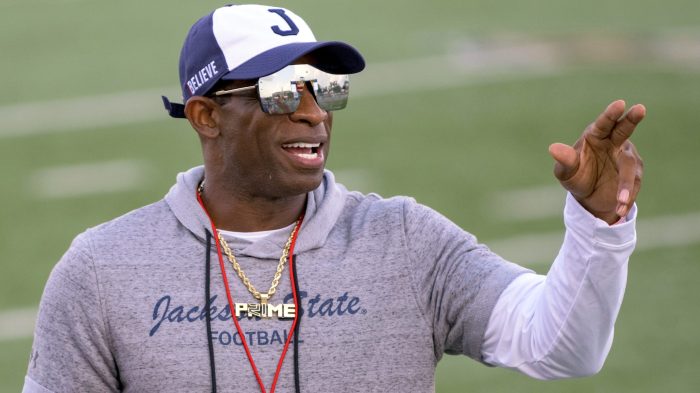 “It was a decision, like, OK, cool, we could just go do the regular thing, but why not be different?” Sanders quipped. “Why not actually stand for something? Why not do something that’s like a power move? So, coming to Jackson State and seeing what’s going on now, attracting the [ESPN 300 wide receiver] Kevin Colemans, the [five-star] Travis Hunters and other big-time players, other transfers, all that is just really proving what we knew what was going to happen in real time.

“You guys are just now seeing it, but we’ve been discussing it.”

The NIL deals have become a part of college athletics and have, in some places, become a factor in the recruiting process and why recruits choose a certain school. Sanders showing other athletes that they can get national attention and NIL contracts at Jackson State is another inadvertent tool that will attract other big-name players.

But Sanders is quick to correct anyone who thinks Hunter or others came to the school solely because of any opportunities or contracts, noting that other athletes at Power 5 schools are getting big deals of their own.

“This isn’t the place to come to be like, ‘Oh, yeah, we’re getting money to come.’ This is not that place, because you live here day to day and it’s just different than a Power 5,” Sanders said. “I visited a lot of schools in my recruitment process, so I understand the ins and outs. I understand the difference between the two. But, when players choose to come here, they understand what they’re getting yourself into and they already know we came here for a reason.

“That’s to win, that’s to set a trend and that’s to be different.”

Part of that winning mentality comes from his father and is being ingrained into the culture at Jackson State. Shedeur came from winning at the youth league level, the high school level and his father has won at the highest levels of the sport.

The mentality in the locker room has taken on that of the team’s leader, that they expect to win. They want players on the roster who are going to help them win, and just because it’s an HBCU, it doesn’t mean they can’t win at the highest level themselves.

That winning spirit has been contagious inside the football buildings and its importance is in every aspect of what they do, big or small. In the weight room, in the classroom and on the field, losing is not an option.

“We don’t do that here,” Sanders said. 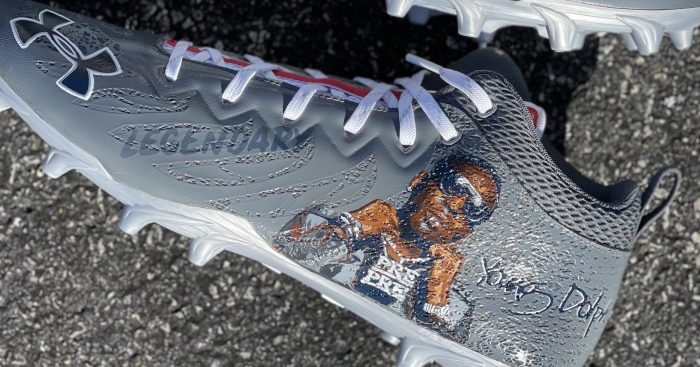 Winning 11 games, winning the Jerry Rice Award, winning in recruiting. It has all been part of the plan. People on the outside haven’t been able to see it, and Sanders acknowledges he might not fully grasp the magnitude of the change his father and his teammates are creating until he’s on the outside, too, but he knows this is what was supposed to happen.

Signing a deal with Gatorade isn’t just a NIL contract to put money in his pockets. It’s another first at Jackson State, another first for an HBCU football player, and it’s another win the program is experiencing to keep its movement pushing forward.

Tom VanHaaren has covered college football and recruiting for ESPN for 10 years. He is a national reporter, who also covers sports business and name, image and likeness deals within college athletics.