JACKSON, Miss. — As Jackson State’s pro day came to an end Monday afternoon, three Alcorn State players walked over to the golf cart where Jackson State coach Deion Sanders had been observing and thanked him for the opportunity to participate.

They understood that the opportunity to work out in front of scouts from 21 NFL teams could be the difference between getting drafted or going undrafted.

Or, perhaps, the difference between getting signed as an undrafted free agent or not.

“This was all about exposure,” Sanders said. “It was about getting these kids an opportunity in front of NFL scouts and getting them used to this atmosphere.

“But this wasn’t just about our kids, it’s about all of the HBCUs coming together and having a wonderful event. It’s going to get bigger because we’re going to have kids who push the envelope.”

Mississippi Valley coach Vincent Dancy said Jackson State hosting a pro day is another example of Sanders doing what he can to shine a light on all historically Black colleges and universities (HBCUs).

Alcorn State coach Fred McNair said the pro day was better than he could have imagined. 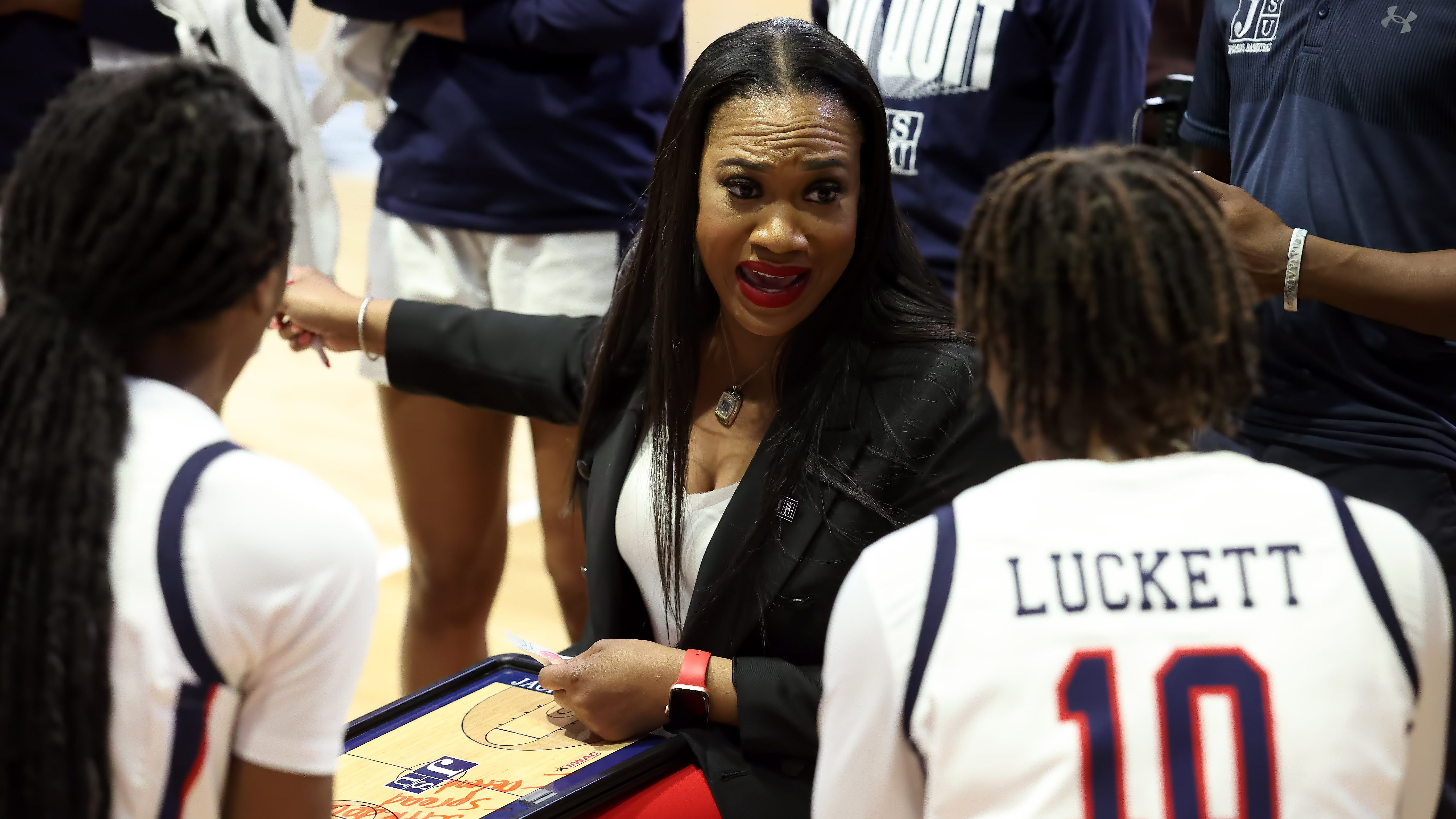 “The turnout has been phenomenal. It’s even better than I expected,” he said. “My kids just need experience in front of scouts whether they’re doing interviews or getting tested to see how it’s done at a pro level.”

The goal is to get HBCU players drafted into the NFL. No player from HBCU schools was drafted last year.

Sanders considers that unacceptable. He thinks five to 10 HBCU players will be drafted by NFL teams this year.

“This is huge for us,” Sanders said. “Having us all come together where everybody can see each other and compete against each other.

“Our underclassmen got to run for the scouts too. Now, they know their turn comes next year. This is all about changing the mindset and showing our kids what’s possible.”

Houston, who transferred from Florida, started the season as an inside linebacker but the coaching staff moved him to defensive end, and he became a playmaker.

Houston did drills for both positions on Monday. The consensus among scouts is that he has more potential at defensive end than linebacker.

Houston has 36-inch arms, which excites scouts, as did his 39-inch vertical.

Clearly, though, he has intrigued scouts.

“I love playing football,” Houston said. “Whether you put me at linebacker or defensive end, I’ll do whatever you need me to do.