MIAMI – The carefree moment of Jackson State fans celebrating the Tigers’ lopsided win over Florida A&M at the Orange Blossom Classic was a temporary break from the reality back home in Jackson, Mississippi.

After the Tigers secured their 59-3 victory on Sunday, they started the trek back to Jackson, where nearly 150,000 residents are without running water, and the university’s campus had to shut down. Students at Jackson State were not spared from the impact of the crisis. Some players lived in housing that had low water pressure before it was shut off completely, according to a team source. Others who had water described it as brown.

“Send love back to Jackson, Mississippi. Throughout the game, it’s like an escape for a lot of people that reside in Jackson [who] are dealing with this consistent water situation that we’re certainly dealing with as well,” Sanders said. “But if we could give them the escape that we did today, their resilience, their mental toughness, everything that we’ve learned from them since we got on campus and we came together.” 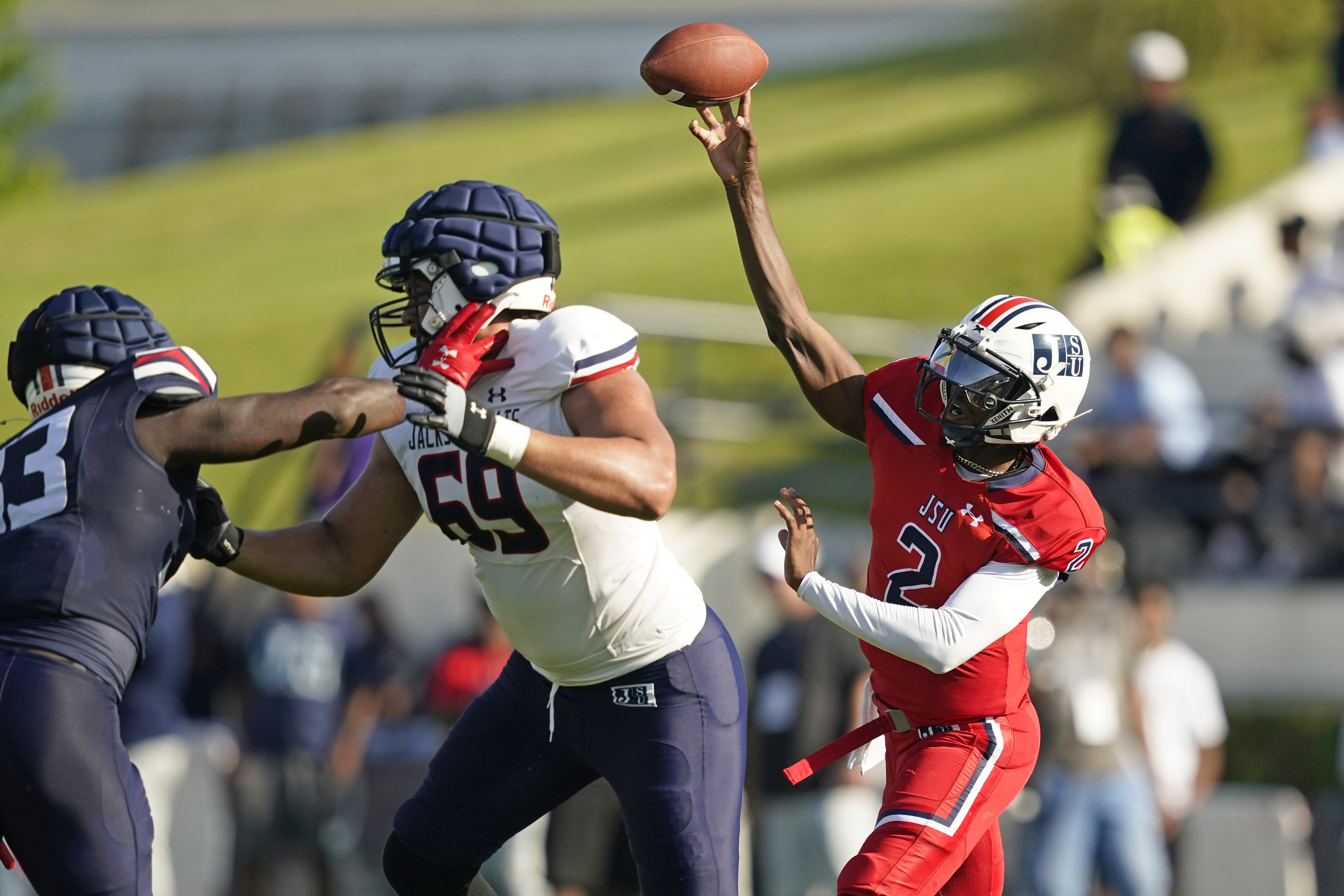 Leading up to the Orange Blossom Classic, players were moved from their dorms to hotels. The adjustments are expected to continue as Jackson State prepares to face Tennessee State at the Southern Heritage Classic in Memphis, Tennessee, on Sept. 11. Players will continue to stay in hotels and be bused to practices, while team officials make arrangements to wash team uniforms and solicit vendors to feed the players.

“All we’re doing, asking these kids to do what they’ve done playing on national TV, then we take them back to some foolishness. So those are the types of things that are happening. Thank God we have administrators that understand priority, and to help us in all facets.”

It is uncertain whether Jackson State will play its first home game at Mississippi Veterans Memorial Stadium against Grambling on Sept. 17. Jackson State’s average attendance at its football games during the 2021 season was more than 42,000, which led all FCS schools and was higher than several Power 5 schools, including Maryland, Arizona and Georgia Tech. At last season’s Southwestern Athletic Conference (SWAC) championship game against Prairie View A&M, more than 50,000 fans flooded Jackson State’s stadium.

On Monday, Sanders gave an update on the city’s progress, with reports of increased water pressure and a boil water advisory, which was an improvement from last week. While Jackson State’s first two games are on the road weren’t ideal, Sanders said, the time away gives time to adapt with hopes there will be continual improvements before the first home game.

“We already given away three games to these classics, which I don’t like. If we’re gonna be giving away three games, those could’ve been three home games. More revenue for the team, for the school, for all of us … It’s vital that we play at home. Dorothy said on the Wizard of Oz there’s no place like home,” Sanders said in his weekly conference call Monday. “We love playing at home. We love when the kids get off that bus and take that walk and the fans are screaming and adoring, the Sonic Boom is playing, and we can feel everybody, we can feel [the] 60,000 [fans].

Grambling State continues to monitor the situation in Jackson with its game two weeks away, but it has not made any decisions.

“We’ve been following it and I’m sure we’ll have a conversation about it this week. But you know, obviously for me that’s a week away. We wanted to do what’s best for our team first and foremost and obviously we want the best for Jackson State as well,” said Grambling State coach Hue Jackson. “We can help and assist them in any way with the situation that’s going on down there with the water, [and] we will. But again, they are a really good football team, that’s what I’m more concerned about more so than anything. They’re one of the best in the conference. So that will take care of itself a week from now.”

Despite circumstances outside of their control, the players are focused on football. The Jackson State football team that marched in Miami Gardens and earned a 50-point victory showed no signs of the disruption the players have been through.

“Just staying in a hotel for a couple days and just being around the guys every day all day,” said safety Cam’Ron Silmon-Craig, who finished the game with five tackles. “It kind of brought us closer together, just a brotherhood, just having fun. So we came out on the field. I just went out there and had fun.”

“Football’s escape for all of us. So whenever we get in the locker room, whenever we get around football time, then everything goes out the window. We knew the magnitude of this game in the Orange Blossom Classic. So we just locked in and handled our business.”

Shedeur Sanders rallied off 17 straight completions and three touchdowns to start the game, after not completing a touchdown pass in the previous meeting. Sanders finished the performance with a Jackson State program record five touchdowns against only four incompletions. The Tigers established themselves early as the team to beat for the second consecutive year in the SWAC.

“We don’t send statements we play football …We got better not only in the locker room, but with the coaches. Our staff is much better. The kicking game is phenomenal. A punter today, the extra point field goals in field goal, real point,” Jackson State head coach Deion Sanders said of the team’s execution. “So all three phases were dominant and the only way these young men are going to get to the next level is to dominate everything in life, academically, communitywise as well as on the field, and that’s what we’re aiming at. Nothing less. We’re not settling for nothing less.” 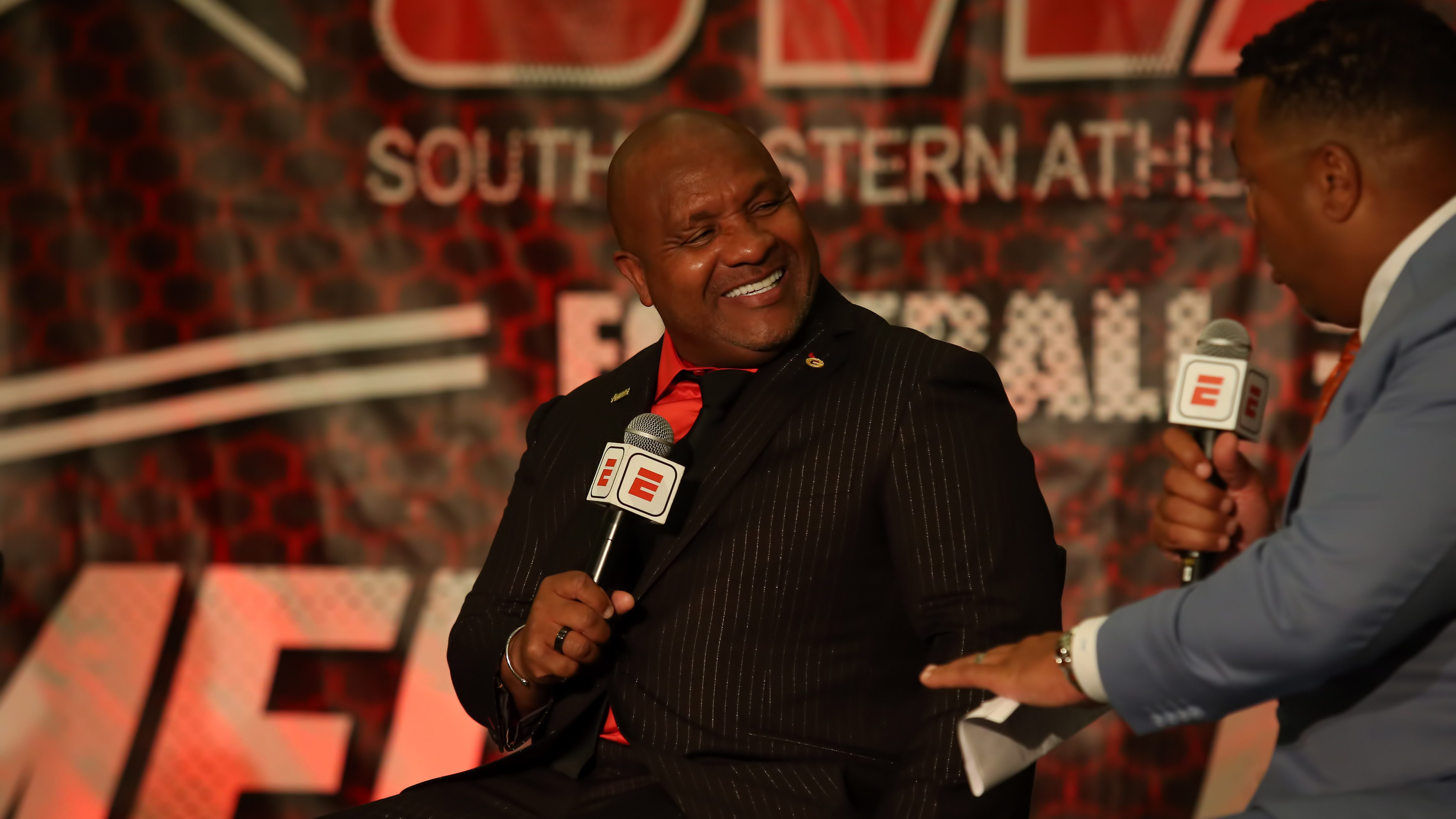 As the Jackson water crisis continues, Jackson State plans to adapt as the season progresses.

“We’re trying our best to proceed with as much normalcy as possible. We just want to get on a regular routine,” Sanders said. “We may depart a day earlier than we were supposed to go to Memphis and prepare for that, because we are in a hotel. We might want to be in that hotel and get out of this situation …We’re trying to instill hope into a desolate community that needs hope right now and needs support and does need consistency as much as possible.”