In 2021, a winter storm shut down the city’s water system, leaving residents without water for about a month.

Much of Jackson and its 150,000 residents are now without running water because recent flooding has damaged and overwhelmed the city’s antiquated system.

None of this, said Sanders, is an excuse for Jackson State’s football team to play poorly.

Or lose its season opener Sunday afternoon against Florida A&M in the Orange Blossom Classic in Miami.

“A challenge ain’t a challenge if it ain’t challenging my faith,” Sanders said. “This is an effort at understanding from the Lord. We don’t flinch, because we know what we have and who we have.

“We’re good. This city, this town is resilient. This is who they are. All you have to do is instill hope.” 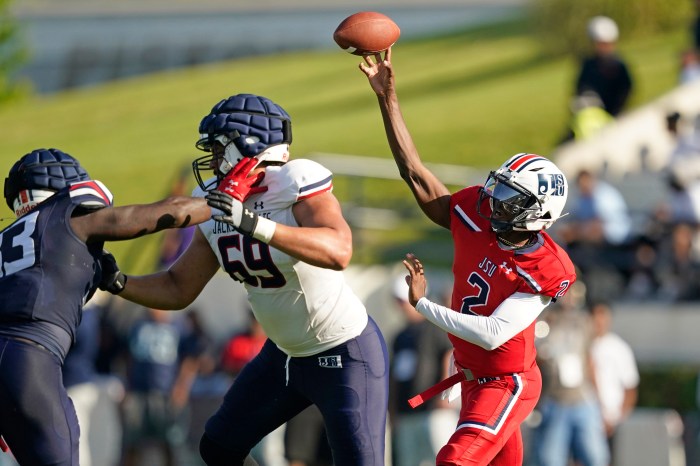 Florida A&M has its own issues.

Twenty-six players, including star defensive end Isaiah Land, were ruled ineligible a day before the team lost 56-24 to North Carolina. The team’s flight to North Carolina was reportedly delayed more than six hours as the school and the NCAA tried to work through the issue.

The players threatened to boycott the game.

On Sunday, the team sent university president Larry Robinson a five-page letter signed by 89 players explaining their grievances, much of which focused on being misadvised academically.

Land and tackle Cameron Covin have hired an attorney to help them regain their eligibility.

“I don’t think anyone in college sports has ever witnessed a bigger blunder on the part of the university,” their attorney, Tom Mars, said in a statement on Twitter, “or a more unfair punishment aimed at players — the only people in this mess who did everything right.”

JSU’s issues began Tuesday when Sanders arrived at the facility and discovered low water pressure throughout the building.

A few coaches and support personnel who live in downtown hotels received notes on their doors Monday afternoon informing them that water pressure might be an issue.

Sanders met with his coaching staff instead of his team Tuesday morning and quickly shifted into crisis management mode.

A few hours later, the team relocated to the hotel it stays in before games.

They had catered meals and were bused to the practice facility.

Jackson’s water problems stem from years of neglect in a city where 82% of its residents are Black.

A boil-water advisory has been in place since July.

Mayor Chokwe Antar Lumumba said he has spoken with President Joe Biden and Vice President Kamala Harris about the situation.

Gov. Tate Reeves declared a state of emergency on Tuesday. The president approved an emergency declaration in Mississippi, freeing up federal funds to help Jackson.

“Until it is fixed, it means we do not have reliable running water at scale,” Reeves said in a statement. “It means the city cannot produce enough water to reliably flush toilets, fight fire and meet other critical needs.” 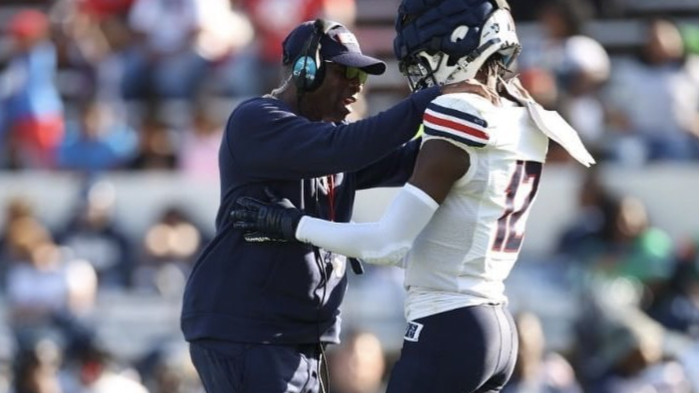 JSU’s football team hopes to provide a brief respite from the city’s woes.

They went 11-2 in 2021 and won the Southwestern Athletic Conference for the first time since 2013.

Hunter, who had surgery on his right ankle in the offseason to repair an issue that started in high school, returned to practice this week.

Sanders has said Hunter will play both ways this season. He will be a game-time decision.

“You can’t go half-speed in practice and just expect to turn it on and go full speed in the game,” Sanders said. “He’s a warrior. He’s tough. He’s wanted to fight through it, but this man is going to have a career — not just a moment. I feel like his name is going to be set in stone one day.

“He’s a workaholic and he’s in good shape, but when people see Travis, they want to see Travis. That’s on me. I can’t selfishly throw him out there. I have to give him the best possibility to be who he is.”