SAN FRANCISCO – It was the Memphis Grizzlies’ first game ever on Christmas Day. The road contest was also against the Grizzlies’ archnemeses, the Golden State Warriors. And as Ja Morant stepped onto the Chase Center floor before the primetime tip-off, he also proudly looked at his feet as he was donning his own signature shoe for the first time in a game.

“I felt it really hit me right before tip. To start the game, these are really my shoes,” Morant said after the Grizzlies’ 123-109 loss to the Warriors on Sunday.

In his fourth NBA season, Morant became just the 23rd player in NBA history to receive his own signature sneaker with Nike. On Christmas morning, the Grizzlies star announced the arrival of his signature Nika Ja 1 sneakers on social media stating, “The grind starts on Day 1.” Morant said the best part of his low-top basketball shoe is that his daughter Kaari’s name is stamped on the inner half of the shoe.

Brooklyn Nets star Kevin Durant respectfully tweeted on Christmas that it was a “sad day knowing that Ja will never hoop in [his] KD4s again,” but added that it was great for Morant’s brand. Morant described the signature shoe honor as “big time.”

“It was something I’ve been waiting on to happen for a while,” Morant said. “I’m obviously part of the process. But I enjoyed every bit of it, each step to making the shoe. People kind of like it, so they say. Big-time honor. There are not a lot of people that have their signature shoe. I’m very thankful to the Nike family.”

On Jan. 21, Morant ranked seventh on the NBA’s hottest selling jersey list. It was the first time that the 23-year-old cracked the Top 10 in his four-year NBA career. His scoring ability, memorable high-flying dunks, electric plays on both sides of the floor and flair certainly has vaulted his popularity. The 2022 NBA Most Improved Player was also voted in as an NBA All-Star starter for the first time in his career during the 2022 NBA All-Star Game. Morant has averaged 24.8 points, 7.9 assists and 6.4 rebounds in his career.

“It definitely starts with his charisma,” Grizzlies head coach Taylor Jenkins said. “What an honor for him to get his own signature shoe. Obviously, there is a story behind it. More will come out about how it was built, how it was created, the vision behind it, his daughter’s involvement, his family’s involvement, His pathway up to this point, each and every day, each and every milestone, he shares with his loved ones.

“To be able to rep this tonight and for it to be released in a couple months is very special. I hope I am on the list of someone that gets a pair. He’s a special human being. He’s a special player. The way he plays, the tenacity, the competitiveness, the flair, the confidence all leads to somebody that can be very easily marketable. But at the end of the day, he’s a guy that wins and wants to compete to win every single day.” 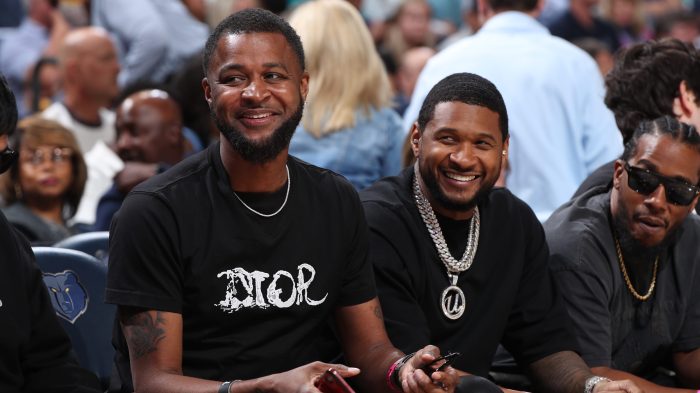 ‘My love for my son is underestimated’: Why Tee Morant is out front for his son, Ja MorantRead now

Morant and the Grizzlies also renewed their heated rivalry with the Warriors on Christmas.

There has been a ton of trash talking along the way. Most recently, Morant told ESPN’s Malika Andrews he wasn’t worried about the Eastern Conference Boston Celtics and that the Grizzlies were “fine in the West.”

The Warriors defeated the Grizzlies in their first matchup this season without injured All-Star starters Stephen Curry and Andrew Wiggins.

“We are not worried. It’s one game. It’s not like we ended the season or something,” Morant said about the loss.