It’s time to call white supremacy by its name

In the wake of the mass shooting at a grocery store in Buffalo, New York, it’s time to find the courage to speak the truth

There’s a way that people talk about race relations in America that doesn’t get to the heart of the matter, and that failure to speak openly and honestly about race is particularly amplified when it comes to extremist attacks.

It’s a historical (or ahistorical) problem that centers on this country’s need to cater to white folks’ feelings, and it affects us sociologically, from how we learn about the past to how that past ties into current events.

Discussions that tiptoe around the idea of white supremacy are offensive. There’s a monument about 15 minutes from my home which, in plain letters, in 2022, celebrates the “ideal” of “Anglo-Saxon supremacy.” This isn’t a discussion about the proximity of Blackness or disparities in education, health care and income. This is a discussion about what happens when white supremacy violently comes to your door. I’ve challenged city leaders to take it down, and despite the conversation reaching national news, it ironically stands under the protection of a “Heritage Act.”

Our collective silence (and inaction) on white supremacy is consent, and that acceptance comes with violent consequences, such as the killing of 10 Black people and wounding of three others, including two white people, at a grocery store in Buffalo, New York, on Saturday. When I saw the faces of the victims, I saw my grandparents. I saw older folks from my hometown church who loved me and who always saw the best in me. I also saw the victims of the shooting at Mother Emanuel African Methodist Episcopal Church, which happened nearly seven years ago in Charleston, South Carolina, the refrain about the victims in Buffalo all too familiar.

I have a simple question for people who “don’t see color” – can you say it now? 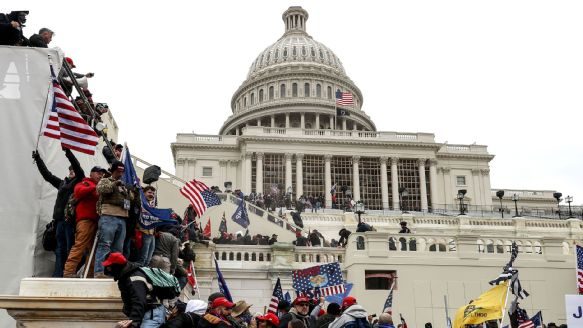 The storming of the U.S. Capitol is what happens when white supremacy is coddledRead now

The alleged gunman Payton Gendron said it. He expressed it in a 180-page manifesto. He wrote it in various messages on an AR-15. Those writings included “Dylann Roof,” the N-word and “Here’s your reparations!”

Maybe some folks are still waiting for the boogeyman in a bedsheet. I’m not, because I know how the devil shows up.

I need you to say it. Not “unity.” Not “mental health.” I need you to call this violence what it is. I know what happens when we don’t – it gets rebranded and promoted. Klansmen become “Red Shirts.” Then the Red Shirts become governors, like Ben Tillman. Acts of deliberate violence are called “redemption.” And for what? Because Black people wanted to exercise political power and voting rights? Sounds far too familiar and too relevant to today’s political climate.

The cycle repeats not just because of anti-Blackness, but because accurate American history isn’t taught. The failure to understand such perspective isn’t just the responsibility of teachers, and the individuals who limit such instruction don’t just reside in controversial state legislatures. How often do we limit Black history to 28 days in February?

I understand the allure of deliberation when we talk about race. The time for deliberation has passed. We have to be more deliberate.

Can you say it now? 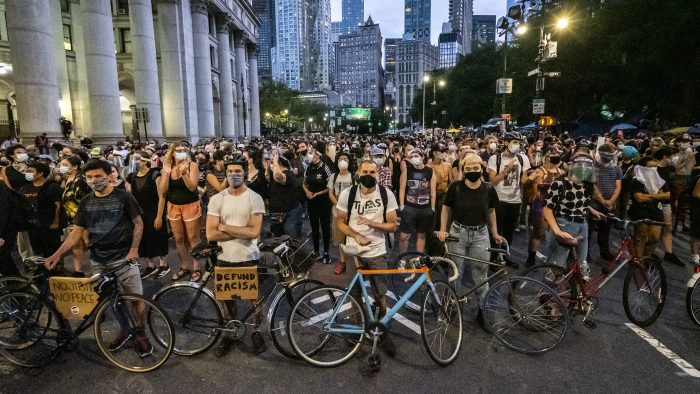 This is what white people can do to end racismRead now

One of my favorite movies, V For Vendetta, makes it plain in terms of why it needs to be said:

“Words offer the means to meaning, and for those who will listen, the enunciation of truth. And the truth is, there is something terribly wrong with this country, isn’t there?”

We call it everything except its name. Domestic terrorism. Gun violence. Race hate. There are countless victims who demand that the name of white supremacy be called to account, from Buffalo to Charleston to John Brown to Africa and all over the world.

Still, there’s doubt. And if not doubt, fear. Stop being afraid. I need you to call it by its name NOW.