The music producer discussed his relationship with the singer, 20 years after it ended. It’s time to move on.

I absolutely love the Drink Champs podcast. In a world that questions your relevance as you age, it’s refreshing to see hip-hop artist Noreaga and DJ EFN sit down with older artists and those who are considered legends in the game — giving these creators and influencers of the culture literal and figurative flowers while they can smell them. We need more of that in the world.

Yet, it’s hard to reconcile that the same space that offered such adoration and deference to Patti LaBelle was party to one of the most egregious displays of disrespect and misogynoir a few days later.

Promoting his upcoming documentary on BET, Murder Inc. founder and CEO Irv Gotti made his second appearance on the popular podcast. Accompanied by artist and friend Ja Rule, one would assume the conversation would have consisted of highlights from the docuseries, deep dives into recent moments when Gotti talked too much (like he did about DMX’s cause of death), and stories from the good old days of Murder Inc. that make the songs and albums they produced that much more endearing. You know … all the things that make Drink Champs great. 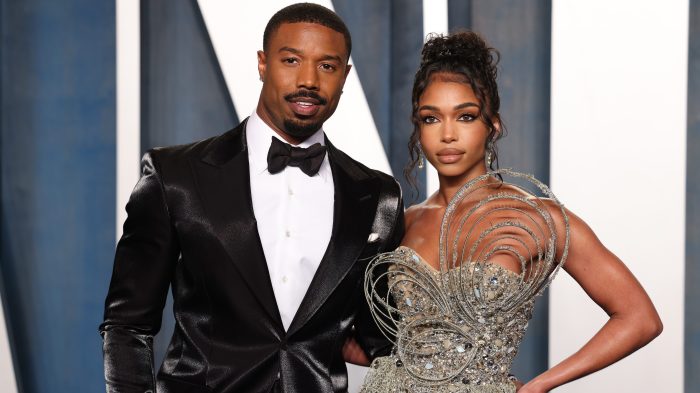 The way we’re talking about Lori Harvey and Michael B. Jordan exposes a bigger issueRead now

Instead, we were given 3½ hours of drunken ranting from a bitter and broken man. Admittedly, when Noreaga posted the episode’s teaser — where Gotti (born Irving Domingo Lorenzo Jr.) recounts how he discovered Ashanti and Nelly were a couple — I knew things were going to go left. It’s no secret that a professional (and personal) relationship between Gotti and Ashanti no longer exists. And every chance he gets, he makes sure to tell us.

But, unfortunately, it gets much worse. When you watch the episode in its entirety, it seemed like Gotti found just about any reason to invoke Ashanti’s name. He wore a watch she gave him to the interview and made sure to tell everyone (including the episode’s 2 million-plus viewers) she bought it — he even had Ja Rule read the inscription. Gotti also shared that the hit song “Happy” was created after the two made love. And he even went as far as to tell everyone that Ashanti cried and was terrified at the prospect of him going to prison following the federal raid of Murder Inc.’s offices and his subsequent 2005 money-laundering trial.

Gotti found ways to bring so many topics back to Ashanti that, at one point, DJ EFN told him, “I thought we changed subjects.” And there were times Noreaga tried to pivot the conversation as well. But that was only after they all enjoyed hearing the salacious details Gotti had to offer.

And then there was Ja Rule, Ashanti’s friend and frequent collaborator. While he did call Gotti out during a rant where he kept calling Ashanti a “b—” and said Gotti needed to let the hurt go, I’m not exactly sure you can call yourself “Switzerland” (i.e. a neutral party) when you laugh at someone disparaging your “little sister” while saying you need to grab your popcorn as Gotti shared the intimate details of their love life.

In short, it was disgusting. There is no other word for it.

And what did Ashanti do to be the recipient of such a tirade? It wasn’t her moving on; Gotti made that clear. Admitting to being an unfaithful partner and side dude himself, he said he wasn’t angry with Ashanti for choosing a relationship where she could be fully loved. Gotti’s frustration with “the princess of hip-hop and R&B” is that she told him she no longer wanted to be affiliated with Murder Inc., a decision he claimed was the height of disloyalty.

When Noreaga and DJ EFN suggested Ashanti should get a pass because she was 21 during their relationship (Gotti is a decade older) and the future of Murder Inc. was uncertain (apparently Ja Rule has been saying this to him for years), Gotti still wasn’t hearing it. According to him, he made Ashanti and she wouldn’t be where she is without him.

There is something profoundly dangerous about a man who will not accept a woman’s “no.” We have seen it play out at every level of abuse. Leaked pictures, slanderous statements and actions, even death — all because a woman has rejected a man’s advances or has decided the current situation no longer serves her. These aren’t mythical scenarios. We’ve seen them play out in the news and in our family, friend and extended circles.

We live in a world where men believe they are entitled to an unconditional yes from women and, to preserve their egos, they are allowed to act a fool when women say no. Because what else could explain why a pretaped show wasn’t reset multiple times to change the subject or, at the very least, be edited after the fact. Why are ratings and views more important than a woman’s dignity and respect?

Women get to say no. Full stop. We get to change our minds and course-correct. Any hour of the day, you can log on to social media and see Black women being picked apart for honoring our agency. How dare we intend to thrive in a world that says we should get men’s permission first? A 21-year-old woman at the height of her career gets to decide that she doesn’t want to deal with the chaos and negativity of indictments, arrests and federal trials when all she wants to do is make music. And she shouldn’t have to endure insults and disrespect 20 years later because she did what she should have done: She chose herself. 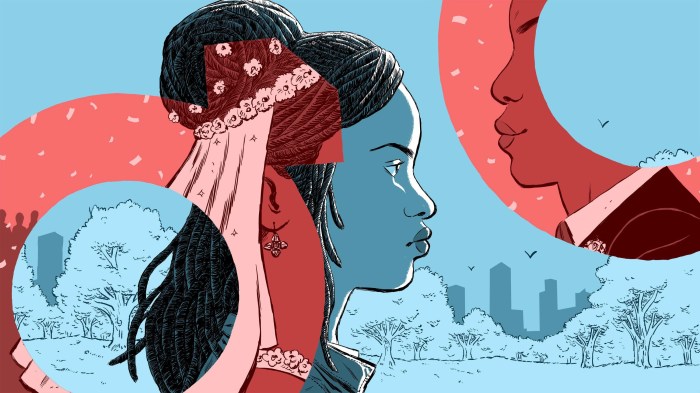 Single Black women and the lies about our love livesRead now

I don’t have much hope for men like Gotti. A 52-year-old man who believes the young women he’s currently dating are proof that he’s over a 20-year-old relationship he just spent three hours venting about is beyond hope, in my opinion. May God help him to heal and confront his ego and need for power and control.

But I do hope Ja Rule, Noreaga, DJ EFN, and men like them, know what it means to truly advocate for women in the presence of the men they love and admire. Sometimes, we don’t need you to be Switzerland. We need to take a side and declare that (like Fat Joe did after the interview aired). While everyone is entitled to their truth, the people you love must always be respected in your presence. For all women mean to your lives, you owe us that much.

There are those who say that Ashanti should respond to Gotti. To them, it’s only right she go on Drink Champs and share her side of the story — an idea that was floated during this episode. It’s clear she has moved on, a point Gotti stressed when he shared that BET approached her twice to participate in the upcoming docuseries and she declined (she’s also never spoken about a romantic relationship with Gotti).

She can do whatever she wants, but I hope she doesn’t respond at all. She already said no, and no is a complete sentence. There is nothing else to be said. Some people need to learn that.