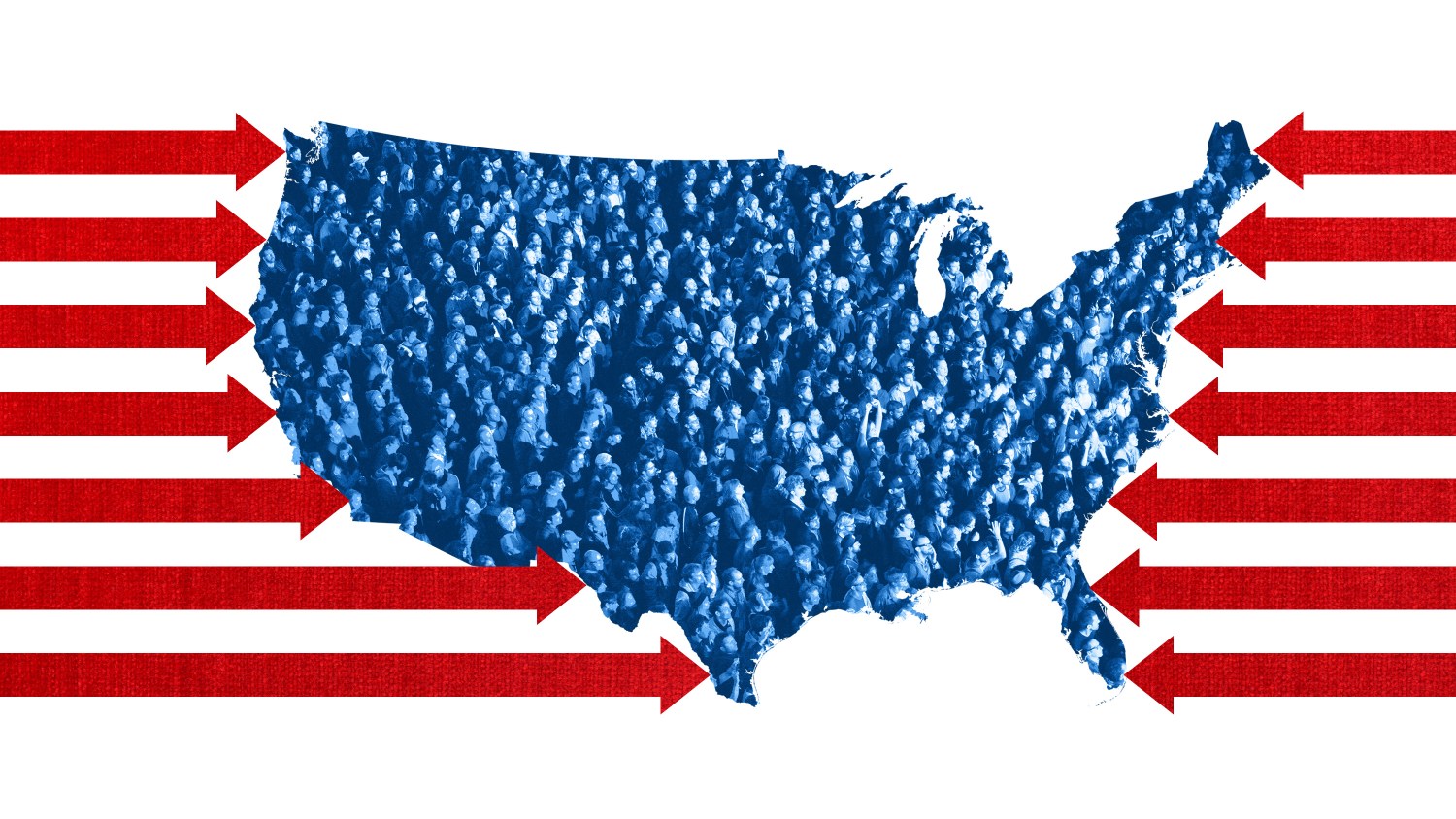 In this battle over Muslim immigration, we are all family

Because of our history and heritage, black Americans should recognize the humanity in their struggle

I did not see myself in the wrenching images of the 3-year-old Syrian boy whose body washed up on a shore in Greece in 2015 after his family fled the war-torn nation by boat.

Nor did I see myself in the photo of a dusty, bloodied 5-year-old boy sitting and dazed after he was pulled from the rubble left by an August 2016 airstrike in Aleppo, Syria.

But then I saw last week’s videos of anguished relatives waiting in airports for family members trapped by President Donald Trump’s travel ban instituted under the guise of national protection against radical Islam. And then I remembered another image.

It’s a black-and-white photo of my maternal great-great-grandmother, Emile. Best I can figure, it was taken in the 1930s. In it she’s a thin old woman with light skin and straight gray hair parted in the middle.

And Emile was Syrian. Syria is one of seven majority Muslim countries targeted by Trump’s executive order.

Before I remembered Emile’s photo, my empathy for the refugee crisis was of a general, humanitarian sort. Trump’s campaign trail threats to ban Muslims from a nation founded by immigrants was horrifying, but in a remote way.

But then the bluster became policy. On Jan. 27, Trump signed an executive order that suspended travel from Iran, Iraq, Sudan, Libya, Syria, Yemen and Somalia until the vetting process – which can take two years or more – can be strengthened. The order also halted all refugee immigration for 120 days.

He singled out Syria for special attention, writing: “I hereby proclaim that the entry of nationals of Syria as refugees is detrimental to the interests of the United States and thus suspend any such entry until such time as I have determined that sufficient changes have been made to the USRAP (U.S. Refugee Admissions Program) to ensure that admission of Syrian refugees is consistent with the national interest.”

Forty percent of all refugees brought into America come from these seven countries. According to the United Nations High Commissioner for Refugees, there are 4.9 million Syrian refugees. Some of them might be my distant, distant relatives.

The executive order created chaos for thousands of refugees – an estimated 60,000 who received immigrant or nonimmigrant visas from those countries in 2015, according to the State Department. Horror stories emerged from airports where immigrants were detained, like that of an Iranian mother at the Dallas airport who was separated from her infant, whom she was breastfeeding. Or the 5-year-old Iranian boy detained for hours at Washington Dulles International Airport.

These changes, Trump’s administration insists, are to make America safer. But for many of us, the changes move America even further away from its ideals and who we believe we are. In response, hundreds of thousands of people across the country took to the streets and airports to protest, including in the “elite coastal” city of Memphis, Tennessee, where I live.

On a weeknight, more than 1,000 people marched from Clayborn Temple, a home base of the 1968 sanitation workers’ strike, to the Lorraine Motel, where Martin Luther King Jr. was gunned down on April 4, 1968.

The signs spoke to the solidarity: Black Lives Matter. … America – a fine Italian name. … Respect existence or expect resistance. … Because y’all means all.

In front of the motel, which is now the National Civil Rights Museum, the crowd cleared space. In that space, dozens of Muslim men, women and children laid out their mats. It was time for Maghrib, the evening prayer.

To me, the beauty of America was the quiet that fell over those gathered, here in the heart of the Bible Belt, while our neighbors prayed to their god of peace. After enough speakers to put any black Baptist church to shame, the rally dispersed. Under a streetlight, illuminated by the flashing blue lights from a police car, I saw a young man holding the red, black and green flag of the Syrian opposition. Could he be a distant, distant relative?

Trump’s travel ban has managed to connect parts of my identity that I saw as disparate. My Syrian ancestry was just an interesting tidbit, perhaps a detail to share on a promising first date. It was separate from my identity as a black woman. It was even separate from my first-generation American status; my mother – Emile’s great-granddaughter – emigrated from Jamaica to Chicago in the 1950s.

I am reminded that my family stretches across continents. And I am reminded of the Christian commandment to be my brother’s keeper. My brothers, Trump reminds me, are all around me.

Wendi C. Thomas is a 2016 Harvard Nieman fellow, a senior writing fellow for the Center for Community Change and a freelance journalist. In April, she launched MLK50, an online storytelling project about economic inequality in Memphis. She hopes Dr. King would be proud. On Twitter: @wendi_c_thomas