In a notable flex for HBCUs, Delaware State acquired a nearby college

DOVER, Del. — Nearly 150 years after its founding, the end was near for Wesley College.

A fixture in Delaware’s state capital, the private liberal arts institution had a reputation for offering a close-knit and supportive atmosphere for its students. Even so, its enrollment had dwindled from a high of 2,250 students in 2003 to about 1,000 by 2020.

But a rescue, of sorts, was just a mile and a half away. Delaware State University, the state’s only historically Black college and university (HBCU), saw in Wesley College an opportunity to meet its own ambitious expansion goals.

Delaware State officially acquired the 50 acres and 21 buildings of Wesley College in July 2021 in what was a notable flex in the HBCU sector, which supporters say has been underfunded and underappreciated.

“Our culture has been ‘heads down, do the work, support, educate, graduate kids,’ ” said Tony Allen, the president of Delaware State. The coronavirus pandemic intensified that mission. “HBCUs in particular have done a yeoman’s job in taking care of their students during this crisis. 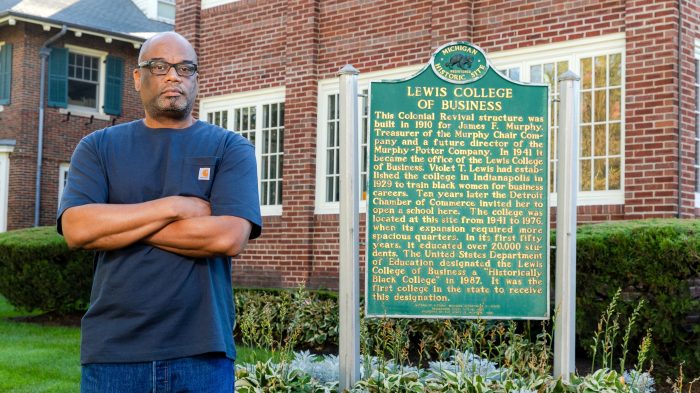 “But there have been opportunities that have emerged in front of us that we all think are time-limited, so it really is about seizing this unique opportunity and time.”

Melanie Carter, the director of the Center for HBCU Research, Leadership and Policy at Howard University, agrees with Allen that HBCUs find themselves in a more powerful and positive position than they have in the past.

For one thing, they have recently benefited from philanthropic largesse, including billionaire MacKenzie Scott’s $560 million in unrestricted donations to 23 historically Black universities, including Delaware State, which received $20 million.

Carter believes that the murder of George Floyd by a police officer and the Black Lives Matter movement also created “a tipping point,” as she puts it. “Black people, for example, really felt like they needed to have their institutions close — that they are safer there. There has been a Black agency around being vocal about our institutions, and other people have felt the need to join that.”

And indeed, students have recently shown more interest in HBCUs. Several of the largest and best-known institutions have reported enrollment gains since 2019, despite the pandemic.

President Donald Trump’s administration made explicit overtures to HBCU leadership, establishing a President’s Board of Advisors on HBCUs. Trump also signed a bipartisan bill making $255 million in funding permanent for science, technology, engineering and math programs at HBCUs and other institutions that serve high numbers of Black, Hispanic and Native American students.

That support has continued in President Joe’s Biden administration. In a commencement speech given to South Carolina State University, Biden, a Delaware native, said he won his first election to the Senate thanks to organizing at Delaware State. Allen chairs Biden’s advisory board on HBCUs.

And yet times are not perfect. The FBI is investigating a recent spate of bomb threats against HBCUs, including 13 different threats made on Feb. 1, the first day of Black History Month. And the Build Back Better infrastructure bill in Congress, which would have increased funding for HBCUs and other universities serving high numbers of Black and Hispanic students, is likely dead after West Virginia Sen. Joe Manchin said he would not support the $2 trillion package. Had Build Back Better passed, it would have included money for long overdue campus infrastructure improvements at many HBCUs; university leaders are now asking Congress to allow them to use a portion of their coronavirus relief funds for that purpose. 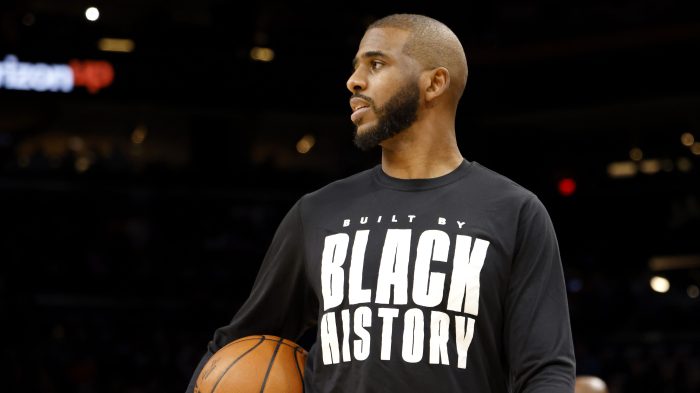 Many smaller HBCUs are struggling with the same forces that led to Wesley’s closure, and are trying to combat underfunding. A 2019 report from the American Council on Education and the United Negro College Fund found that between 2003 and 2015, when federal funding decreased for all colleges and universities, public and private HBCUs faced the sharpest drops.

Public HBCUs depend on tax dollars for more than half of their funding (54%), and non-HBCU public colleges and universities get only 34% of their funding from public sources, according to that same report.

Even with a heavy reliance on tax dollars, HBCUs are still underfunded compared to other public colleges. States have only recently started to address some of these funding and underinvestment issues. In March 2021, the governor of Maryland settled a lawsuit by agreeing to provide $577 million over the next decade to the state’s four historically Black colleges. The colleges argued successfully that predominantly white institutions in the state had been allowed to duplicate the HBCUs’ academic programs, thus drawing away potential students and tuition dollars.

Despite those persistent financial challenges, graduates of HBCUs report being happy with their choices. A 2022 Strada-Gallup Education survey found that HBCU graduates were more likely to report that they received a “high-quality education” and that they learned “important” skills than Black students who attended non-HBCU colleges where at least 40% of the student body is Black.

“It’s not that HBCUs don’t have great stories — they don’t have enough storytellers,” Allen said at the presentation sharing the Strada findings.

Delaware State rewrote its story when it stepped up to bid for its struggling neighbor. 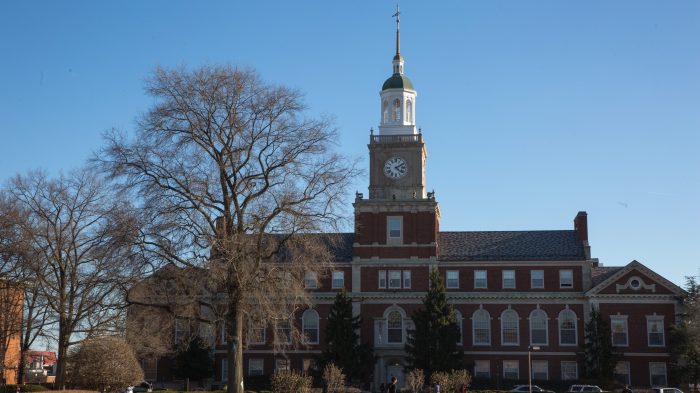 Wesley had not immediately considered Delaware State as a potential partner, Allen said, despite its proximity. “We are literally a mile and a half from Wesley, and they shopped themselves kind of all around us.”

So, on his first day as president in January 2020, Allen had breakfast with the president of Wesley, Robert Clark II.

“I said, ‘I’m watching you try to save the institution, I appreciate that,’ ” Allen said. “ ‘But Delaware State wants an at-bat.’ ” The University of Delaware in Newark and Saint Leo University in Tampa, Florida, were among the partners Wesley had pursued to that point.

The acquisition, which will cost Delaware State $15 million over the next three years, will serve Allen’s ambition to roughly double enrollment over the next several years to 10,000 students. Delaware State also gained access to Wesley’s health sciences program, as well as a site for the university to expand and consolidate its early college high school.

But the deal has not been free from tension. Delaware State said it offered positions to 60 percent of Wesley’s staff and all of its students, but it discontinued the smaller college’s Division III sports program, a disappointing move for some. Also, a group of Wesley faculty sued to stop the acquisition, saying that it was a breach of faculty contracts. That lawsuit is ongoing.

Although Wesley College, founded by the United Methodist Church, was not created to serve students of color, over time it became racially and economically diverse. In 2019, just before Wesley’s last year as an independent institution, its student body was 39% Black, 37% white, 8% Hispanic and 7% multiracial. Sixty-one percent of its students were receiving Pell Grants, and its six-year graduation rate was 29%. 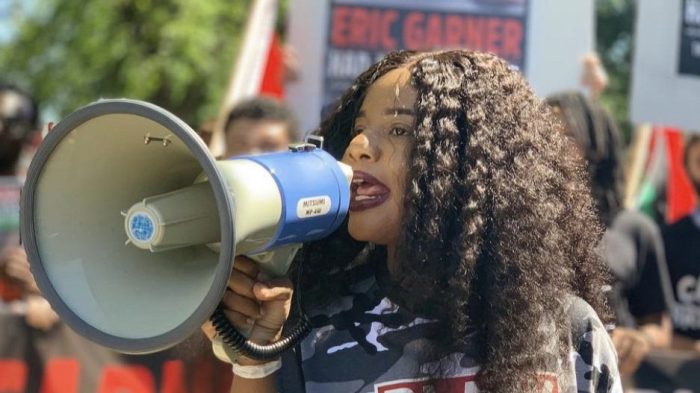 In comparison, Delaware State’s student body is 71% Black, 9% white, 7% Hispanic and 6% multiracial. It has a similar percentage of students with Pell Grants — 55% — but its six-year graduation rate is 48%, and it awards fully 47% of the bachelor’s degrees earned by Black students in Delaware, though the college enrolls only about a quarter of the state’s Black undergraduates.

Allen’s ambitions don’t stop with the Wesley acquisition. Last year, Capital One bank gave Delaware State a 35,000-square-foot office building in Wilmington, the largest city in Delaware. Allen envisions that building as a location for graduate studies and a business incubator.

As Delaware State navigates its future, it remains to be seen whether other HBCUs will be able to seize opportunities to strengthen themselves. Allen hopes his institution’s actions will open eyes to the power that HBCUs have in their larger communities.

“I’ve had to correct more than a few people on the fact that this is an acquisition,” Allen said. “Even though it’s been written about, we’ve been clear in all of our communications, people have still wanted to think about this as a merger. I think that’s because there are still some perceptions about what’s possible for institutions like ours. And I think anything is possible. We just put our heads up, got focused, saw a unique opportunity and seized it.”

This story about HBCUs was produced by The Hechinger Report, a nonprofit, independent news organization focused on inequality and innovation in education. Sign up for our higher education newsletter.