Ime Udoka brought not only ‘Coach of the Year stuff’ to Celtics, but representation

In his first season in Boston, Udoka — the NBA’s first head coach of African descent — has his players buying in

SAN FRANCISCO — Ime Udoka walked into the news conference and immediately noticed a familiar Nigerian American face. The Boston Celtics’ first-year head coach smiled at an ESPN sideline reporter before asking her how she was doing in Nigerian pidgin, “How you dey Naija?”

Rosalyn Gold-Onwude smiled back and responded that she was doing well in the same language, “I dey Naija.”

Concerns about the NBA’s lack of Black head coaches in a league of predominantly Black players were calmed last offseason after Black coaches were hired for seven of eight openings. Udoka was one of the seven, hired as the 18th head coach of the Celtics in June 2021. Moreover, Udoka also became the first person of African descent to serve as a head coach in the NBA.

On Sunday, Udoka makes his playoff head-coaching debut as the Eastern Conference’s second-seeded Celtics host the seventh-seeded Brooklyn Nets. The Celtics went from struggling out of the gate with a 16-19 mark to winning 15 of their final 19 regular-season games to earn a 51-31 record. The two-time Eastern Conference Coach of the Month is also the third rookie coach in Celtics history to reach 50 wins.

“He is doing great. Obviously, it was kinda rough at first, but that would have been the case whoever we had trying to figure out a new system and coaching staff,” Celtics forward Jayson Tatum said on March 16 before a 110-88 road win over the Golden State Warriors. “One thing I’ve always admired about him, especially as a first-year head coach, was how hungry he was. You could tell how hard he was going to work. We always stuck with him, and he stuck with us and changed our history around.”

Said Philadelphia 76ers head coach Doc Rivers: “What Ime has done this season is Coach of the Year stuff.”

In 1970, Vitalis Udoka emigrated from the state of Akwa Ibom in Nigeria to the United States. Ime Sunday Udoka was born on Aug. 9, 1977, in Portland, Oregon, to him and his wife, Agnes, a white American. Thanks to his father’s Nigerian heritage, Ime Udoka and his sister, former WNBA player Mfon Udoka, could get Nigerian passports.

With the passport, Udoka was eligible to play for the Nigerian national team in the 2005 and 2011 FIBA Africa championships, winning a bronze medal in both tournaments. He also led Nigeria in scoring, assists and steals at the 2006 FIBA World Championship. Mfon Udoka played for the Nigerian women’s basketball team.

Ime Udoka takes a lot of pride in his Nigerian heritage.

“I grew up in the States, but obviously having a Nigerian father and then playing with the Nigerian national team was special,” Udoka said to Andscape on the morning of March 16. “Really seeing it from my sister first and seeing how special it was to go back to Nigeria all those years later and represent the country in the world championships, Olympics and all those things. It’s not just being a Black [person] in America. It’s a whole nation behind you as well, and the continent.

“So, the pride I take goes without saying. It’s a very passionate country, Nigeria. I love going back and my time there, I look forward to more. … But it’s just another tip in the cap for the country. Nigeria is very prideful.” 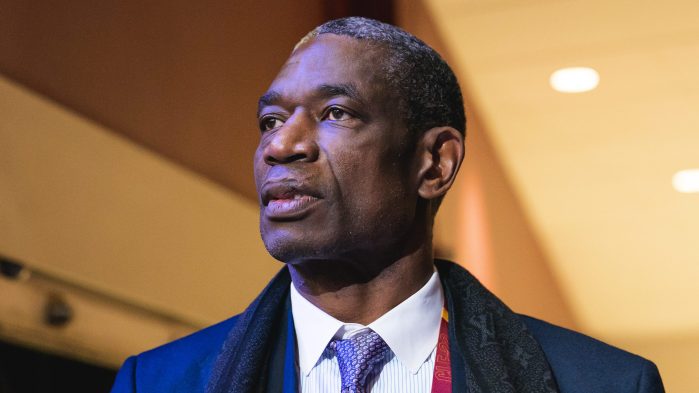 Udoka first considered the possibility of coaching in the NBA when he coached an AAU team in Portland in 2007 and 2008 that included current Orlando Magic guard Terrence Ross and former NBA forward Terrence Jones.

Udoka retired from playing in 2012, spurning two offers from Spanish clubs to accept an offer from his former coach, Gregg Popovich, to join the Spurs’ coaching staff. Udoka won an NBA championship as an assistant with the Spurs in 2014 and helped convince former Trail Blazers teammate LaMarcus Aldridge to sign with San Antonio in 2015.

When asked what he learned from Popovich, Udoka said: “Think about the relationships. That’s the first piece. That’s what I base a lot of my stuff on. It’s a little different when it’s Tim [Duncan], Tony [Parker], Manu [Ginobili], guys who’ve been there 15, 20 years and you have to go in with new teams. The relationship piece, first of all. ‘Less is more’ is a big thing for him.

“A lot of coaches at times try to show how smart they are and overcoach. Not doing that is a big one with him. Less is more, the relationship piece. It’s not about the X’s and O’s. It shifted over the last 10 or so years, but that’s important to be well-rounded. He was the best I’ve been around with being a disciplinarian, keeping guys accountable, X’s and O’s, relationships. He covered all the bases.”

Udoka went on to become an assistant coach with the 76ers (2019 to 2020) and Nets (2020 to 2021). He earned his first head-coaching interview with the Charlotte Hornets in 2018. He also interviewed for head-coaching jobs with the Magic, Toronto Raptors, Detroit Pistons, Chicago Bulls, Cleveland Cavaliers and Indiana Pacers.

Despite being passed over, Udoka remained optimistic about a breakthrough.

“I continued to grind and learn and grow,” Udoka said. “Every step along the way, I was pretty much a finalist in something. It wasn’t just part of the process to bring me in. You get the Spurs brand behind you and people want to learn about what you’re about. Never felt discouraged. Knew the opportunity would come.”

“Having [Black] representation as a head coach is important just knowing that most of us make up the league. We need to have more guys in his position because they are more than capable if given a chance and opportunity. I knew Coach and they asked me about him. I obviously thought he was the right man for the job.”

Tatum, Brown and Smart were also well aware and concerned about the lack of Black head coaches in the NBA. There was an opportunity for a change at head coach in Boston when Brad Stevens moved from coaching to the front office. Brown previously told Andscape that he told Celtics ownership that they preferred a Black head coach. Tatum and Smart also advocated for Udoka before his hiring.

“If you look at the NBA, most of the guys on every team are Black,” Tatum said. “Having [Black] representation as a head coach is important just knowing that most of us make up the league. We need to have more guys in his position because they are more than capable if given a chance and opportunity. I knew coach and they asked me about him. I obviously thought he was the right man for the job.”

Said Udoka: “Players, especially in Boston, they really spoke up and were open about it. Players have a lot more power and say-so nowadays, and that’s being listened to and heard. Not only that, but the job also that some of us [Black head coaches] are doing is obviously opening some eyes.” 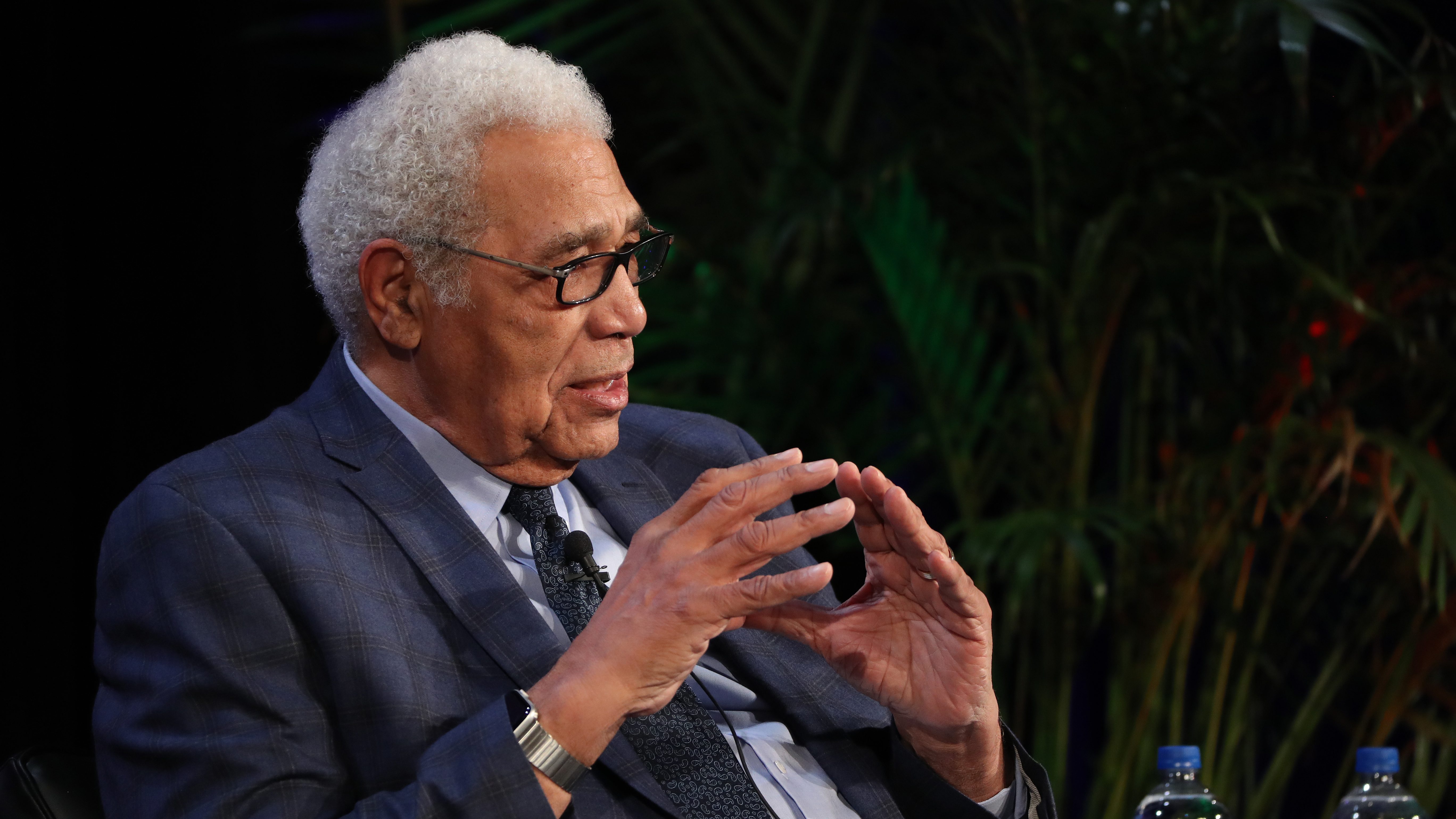 Udoka also became the sixth Black coach in the franchise’s history, following Bill Russell, K.C. Jones, Tom Sanders, M.L. Carr and Rivers. Although the city of Boston has often been criticized for its problems with racism, there may not be an NBA team that has opened the doors for more Black pioneers than the Celtics.

The Celtics drafted the first African American in NBA history in Chuck Cooper in 1950. Russell, widely viewed as the NBA’s first Black superstar, was the league’s first Black head coach, and was part of the first all-Black starting five with the Celtics. Carr also was general manager of the Celtics from 1994 to 1997.

“Even Bill Russell being a player-coach and all his history brought a tradition of winning,” Udoka said. “But Black coaches being successful there, for sure, it’s not lost upon me. I’ve seen it, obviously.”

Russell, Jones and Rivers also coached the Celtics to NBA championships. Udoka is already feeling the pressure that comes with trying to bring an 18th title to the storied franchise.

“They said, ‘You’re not a real Celtic until you win a championship,’ ” Udoka said. “All you hear is put ‘Banner 18’ up there. ‘Put up Banner 18.’ That’s the realistic expectation of the city, the fans, the organization, and myself and the players.”