If there was ever a time that we needed a book that helps parents, caregivers and teachers raise children to combat racism, now is that time. With the horrifying events in Buffalo, New York, in May, hate crimes against people of color on the rise, and a contentious political climate fueled in part by racial animosity, Ibram X. Kendi may just have the answer with his new book, How to Raise an Antiracist.

Building on his previous bestsellers, Stamped from the Beginning and How to Be an Antiracist, the 2021 MacArthur Fellow’s latest is a guidebook for parents and caregivers who want to not only teach their children about being antiracist, but also show them how they can help to make our society a more antiracist one as well.

Andscape recently sat down with Kendi, who is the founding director of the Center for Antiracist Research at Boston University. He spoke via Zoom to discuss the book, the fight over critical race theory (an academic framework dating to the 1970s that centers on the idea that racism is systemic in the nation’s institutions and that those institutions maintain the dominance of white people), being vulnerable as a parent and so much more. 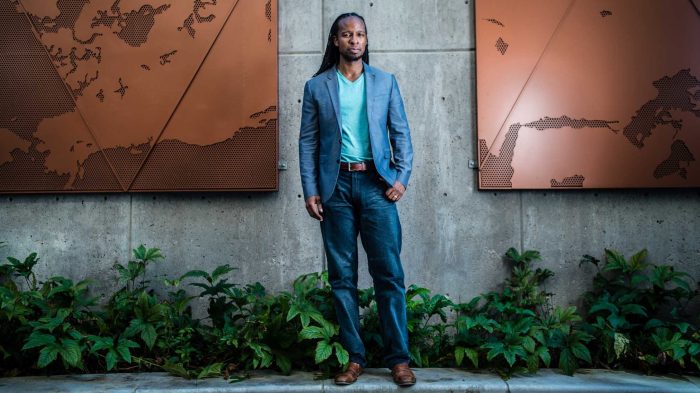 Ibram Kendi, one of the nation’s leading scholars of racism, says education and love are not the answerRead now

There’s so much misinformation about critical race theory being taught to children in school. Can this book help combat that uninformed rhetoric?

After this moment in which people have misrepresented and maligned and really made critical race theory into this ‘bogey person’ passes, there are still going to be parents, teachers and young people who are struggling with and trying to understand how to navigate this really dangerously racist society. And so because of that, I actually did not write the book as a direct response to the whole ‘CRT conversation.’ But I did think it was important, at the end of the book, to contextualize how this crusade emerged. Ultimately, what I show by sort of narrating it, starting with the brutal murder of George Floyd and the tens of millions of people taking to the streets, and those people all in one voice saying, ‘We have a major problem here and that is racism.’ And how the backlash was an effort of people to say, ‘No, the major problem is not racism. It’s antiracism.’ And that’s, of course, what we’ve had to witness over the last year.

Was accessibility to a complicated topic one of the most paramount things you had to tackle when sitting down to write this?

Chances are these folks ain’t got that much time, and certainly not much time for B.S. As a father of a 6-year-old, I would know that. (Laughs.) I think that’s what these folks need, but I also think that we don’t just want fast, easy reads. We want meaty reads. So I wanted to figure out a way to make the book accessible through personal narratives.

I also wanted people to see that there has been a century of research that scholars and scientists have gathered for us on race and the racial attitudes of children, and how we should be approaching children at different ages, in different ways, based on their developmental stage and their experience. So I wanted parents to receive all of that research, but also not feel as if they’re getting this sort of boulder of research put on their heads.

You begin with a story from your own life. Was bringing more of yourself to the page important with this book versus in your previous work?

In How to Be an Antiracist, it was very difficult for me to be vulnerable and to acknowledge the mistakes that I had made just as a person. It was even harder writing this book, and acknowledging the mistakes that I’ve made as a parent, because as parents, we’re very sensitive about how we’re doing. So that was very, very hard. But I also wanted to show parents — not tell parents, but really show parents and teachers — that if I [this person who studies racism and speaks about it day in and day out] am going to make mistakes, then you’re going to probably make mistakes too.

We’re human beings. We’re imperfect. And the key isn’t to fear making a mistake. If anything, we should fear putting our child out in the world without having protected them from the racism they may experience or witness. That’s what we should fear. And just like with anything else as it relates to our parenting, it’s a gradual process. We’re going to make mistakes.

You being so honest feels like a way to confront toxic masculinity and misogyny, too. Was that part of your goal?

I am entirely aware of the fact that many, if not most, books that are written for parents and teachers are written by women. And I’m also aware of the fact that many of those great books that women authors write for caregivers of children, one of the things that makes those great books great is the vulnerability. And too often, a perspective of toxic masculinity looks at an author who’s being vulnerable as being weak when, in reality, to me, it’s extremely easy to actually not be vulnerable.

It’s much harder, and it takes much more courage, it takes much more strength, to be vulnerable. And so I’m hoping that we — particularly fathers and male teachers and caregivers who are reading How to Raise an Antiracist, who may be battling with their own levels of toxic masculinity, as I certainly still do — can rethink that.

This is a topic you’ve written about many times. How do you make this one stand out amongst your previous books?

I see this as almost a natural follow-up to How to Be an Antiracist, which I thought was a natural follow-up to Stamped from the Beginning. So if Stamped from the Beginning was this narrative history of anti-Black, racist ideas, and in the end, I encouraged people to adopt more antiracist ideas and to be antiracist, then it made sense for the next book to really spell out what it means to be antiracist. And that book is really focused on the person. You’re really seeking to transform yourself with a recognition that if we transform ourselves, we can transform the world because we as humans are going to bring about that progression towards an antiracist society.

But as we’re transforming the world and creating a new future, we should also be seeking to raise a new future through children. And the way we approach ourselves as adults is going to be different than the way we approach somebody who’s 2 years old or 7 years old or 10 years old, just as there’s going to be striking similarities. So for me, after giving adults the tools to be antiracist themselves, I wanted to give adults tools to assist their children in being antiracist. 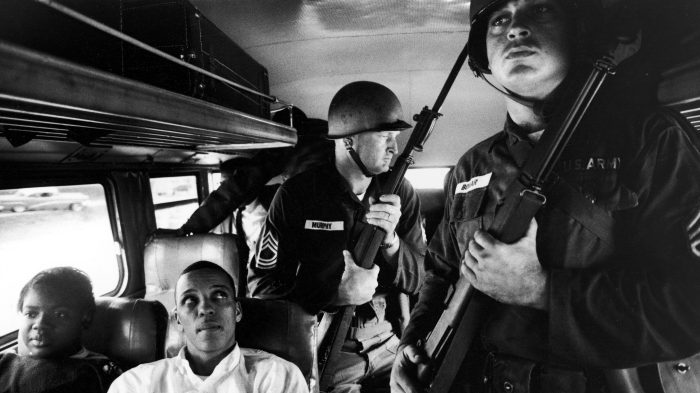 How does what you do relate to tragedies like the mass shooting in Buffalo?

In writing How to Raise an Antiracist, what I realized was that the group of people, namely young people, who are most vulnerable to racism, are the group of people who we’re least likely to engage, who we’re least likely to protect, who we’re imagining that they’re not even being affected by racist ideas and policies. And so the more I recognized the issue that the group that is the most vulnerable and the most harmed by racism are the ones that we are protecting the least, it really sort of galvanized me and motivated me to write this book.

So I mention that in relation to the recent trends because the group of people who are the most vulnerable to assault rifles and to violence, to our refusal to rid this nation of these killing machines, are constantly being affected by them and murdered by them. And so just the sheer tragedy of vulnerable, innocent children having to be killed by assault rifles when they don’t even have the power to vote against it — to vote out people who refuse to do it — reminds me of this problem that I sought to address in How to Raise an Antiracist.

You mentioned in the book that young people are the most likely to accept this type of instruction. So why are we not teaching them?

Adults assume that because it’s so hard to talk to other adults about race, about racism, it’ll be even harder for kids. But if we think about it, kids don’t have the baggage that we do. They don’t have 30 years of being indoctrinated with racist ideas. We can start early, ensuring they’re not attaching positive or negative characteristics to certain types of people. We can start early to ensure they recognize that the problem is not bad people, but bad rules, teaching them early that a difference should be seen as just difference. If we can think for ourselves, imagine if we started this journey when we were 5 years old, as opposed to 50. How much easier it would be?

This Story Tagged: Books Ibram Kendi How to Raise an Antiracist