I am rediscovering my family history within Hampton’s halls

My legacy by the sea is more profound than I thought, going back generations

In true poetic justice, attending Hampton’s 2017 homecoming football game initiated a homecoming of my very own. Unbeknownst to me at the time, I was literally following in my forefather’s footsteps.

Growing up an only child, my favorite stories were always the ones that followed the hero’s journey archetype. From a relatively mundane background, the young hero sets off on a dramatic quest to find his real purpose. After many trials, he returns home victorious, more robust, wiser and finally whole.

As a legacy student at Hampton University, my story somewhat follows that same pattern, a call to action, a dangerous quest and a triumphant return. Unlike most legacies, I didn’t grow up with tons of photos of my parents in college or hearing stories of life-altering experiences that shaped their outlook on life. In fact, I grew up not knowing much, if anything, about historically Black colleges and universities (HBCUs) or their roles in American history.

As a child, my grandpa diagnosed me with “hard ears.” His most memorable quote was: “Those who cannot listen must feel.”

The first time I heard about Hampton, I was about 8 years old. My mother explained where my father went to college and where his side of the family was from. I hadn’t grown up with my father in my life, so anytime my mom talked about him, I was sure to pay attention. My parents had gotten divorced when I was an infant. I was raised in a very strict West Indian household consisting of my mother and grandparents. Although I grew up without knowing or communicating with my biological father, my maternal grandfather was a Moravian pastor, so there was no shortage of positive male reinforcement, aka “discipline,” during my childhood development.

My maternal grandparents, Sherwin and Pamella, immigrants from Barbados and Jamaica, always stressed the importance of quality education. They had grown up under the British education system in the Caribbean, and my grandma Pam always taught me to “aim for the stars, in case you miss, you’ll still land on the moon.”

Unfortunately, after graduating from high school, I had very shortsighted goals. I was convinced that working at the local mall earning weekly paychecks was a far better use of my time rather than spending another four years in a classroom. I foolishly thought I knew what was best for me, but in reality I was just foundering, looking for my purpose.

When my grandparents found out that I chose to work a dead-end job instead of attending my classes, major life-changing decisions were made that night.

It wasn’t long after that when I was sitting in the office of a U.S. Navy recruiter, nervous about committing my future to the military. Growing up in an immigrant household, I didn’t know much about serving in the military.

After graduating from boot camp and completing my specialized job training as an aviation electrician, I was stationed in Norfolk, Virginia, where I would spend the next four years of my life.

Throughout my time in the Navy, I always had the goal of completing my degree. Obtaining a bachelor’s degree would set me up for success in the Navy as an officer or in a transferrable field in the civilian sector.

After experiencing Hampton’s homecoming, I knew I needed to find the time and confidence to reach out and reconnect with my biological father. I was conflicted about this; Father’s Day growing up was always difficult for me. Not to take away from celebrating my grandfather, but deep down I felt incomplete.

As you can imagine, reconnecting with my father after 26 years was an emotional ordeal. After the initial waterworks and sniffling had subsided, we talked for hours as I updated him on all the happenings in my life.

I told him I was in the process of exiting the Navy and transitioning to college.

Once he found out that I was stationed in Norfolk, he was astonished that my life choices had taken me within 10 miles of where he and my grandparents had found their calling at Hampton.

What else would you call that? Fate? Destiny? Coincidence? It seems like a divine plan if I ever heard one. My motivation to attend Hampton was always much more than just obtaining my degree. I came to Hampton to rediscover the legacy of my father and his father before him.

Similar to being “confirmed” in faith and in the church family, I feel as if coming to Hampton is confirmation of my family’s lineage and history. 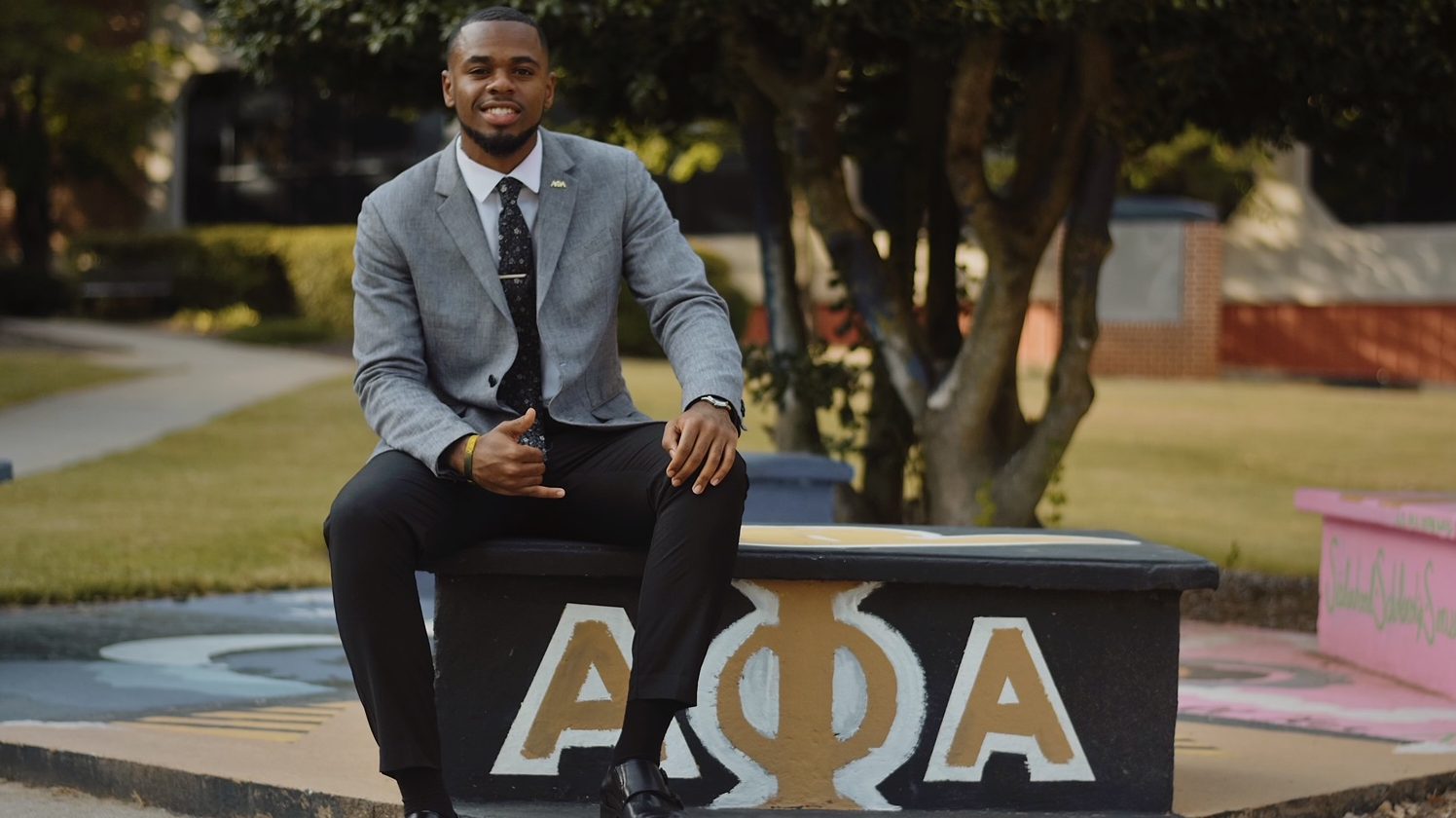 The Scott family history at Hampton begins with my paternal grandfather John P. Scott Jr. As a sophomore at Hampton Institute, my grandfather proposed a degree plan focused around shop and woodworking. This led to him being the very first graduate of the program.

He eventually went on to lay the foundational groundwork to introduce interscholastic sports to the entire Virgin Islands and was Charlotte Amalie High School’s principal.

My family contains several educators, as my grandfather was not the only one. My great-grandfather John Paul Scott was the first Black school district administrator in Harrisburg, Pennsylvania, and his father fought in the Civil War, so even military service is not foreign to my bloodline.

Whenever my father David would ask his father about his favorite memories at HU, he’d recount the year 1928, not only because he was part of Hampton’s Central Intercollegiate Athletic Association championship football team, but because it was when he met the love of his life on campus, my grandmother Edna Louise.

If you know anything about Hampton’s history, you would know it was founded as a place of learning and advancement for both Black people and Native Americans. My grandfather, a Black American man from Harrisburg, and my grandmother, a Seminole woman from Jacksonville, Florida, found love at Hampton Institute.

The love they shared for their home by the sea was so profound my father knew that attending Hampton wasn’t a choice but rather his destiny. For my dad, who loved his father so much and wanted to emulate him in every way, becoming a Hampton Man was the only way to go.

When I step back to analyze the parallels between my father’s journey and mine, it seems scripted. My grandpa’s attendance at Hampton sealed my father’s fate, just as my willingness to follow in both of their footsteps sealed mine. He spent four years in Army ROTC while attending Hampton, and I spent four years in the Navy before attending Hampton. Both of us share the notion of being the older military guy on campus but still connecting with and enriching other students’ lives by sharing our life experiences.

Although my hero’s journey is far from complete, I appreciate every failure, hurdle and roadblock I have had to endure.

A U.S. Navy veteran, Jonathan Scott is a sophomore journalism and communications major from Brooklyn, New York. He anchors and produces for The Scripps-Howard News Watch, on WHOV-TV, Hampton's broadcast station, and is the production assistant for the Hampton University Athletics' TV show, Respect The H with Eugene Marshall, Jr.