The Warriors star, along with the Bruce Lee Foundation, will auction off custom sneakers to aid families of shooting victims

When he takes the floor later Sunday at State Farm Arena, Stephen Curry won’t just be lacing up a pair of his Curry 8s to face off against the Atlanta Hawks, he’ll be making a statement through his footwear, showing support for the victims and their families of last month’s tragic Atlanta-area shootings at a trio of Asian spas that left eight people dead.

To help show solidarity with the Asian community, the Golden State Warriors guard worked with the Bruce Lee Foundation to create the hand-painted yellow and black customized sneakers that depict the martial arts icon and champion of equal rights. They plan to auction the game-worn sneakers in the coming weeks and will work with an organization to disburse all of the proceeds to the families of each of the eight victims.

For Curry, the news of the March 16 tragedy sparked outrage in him immediately.

“Disgust, horror and outright anger at why any violence keeps happening in our country,” he told The Undefeated. “After all we have been through this past year, let alone in the history of our country, people still deal with unnecessary tragedy and are afraid for their lives. We have to do better.”

Almost immediately, Curry and his Curry Brand representatives contacted Shannon Lee, Bruce Lee’s daughter, and Dennis Chang of the Bruce Lee Foundation. Curry knew he wanted to find a way to show support of the families when the Warriors visited Atlanta a month later. 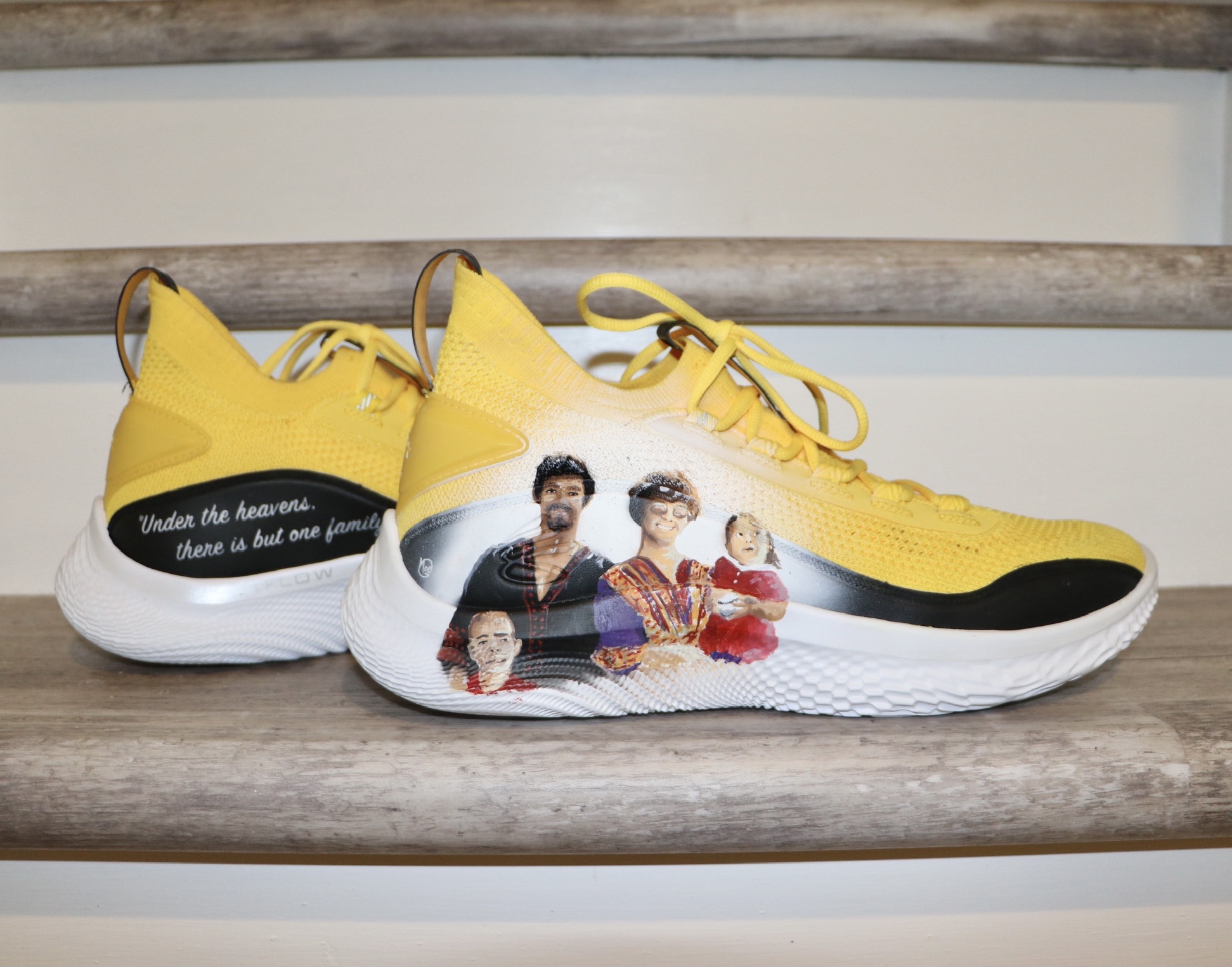 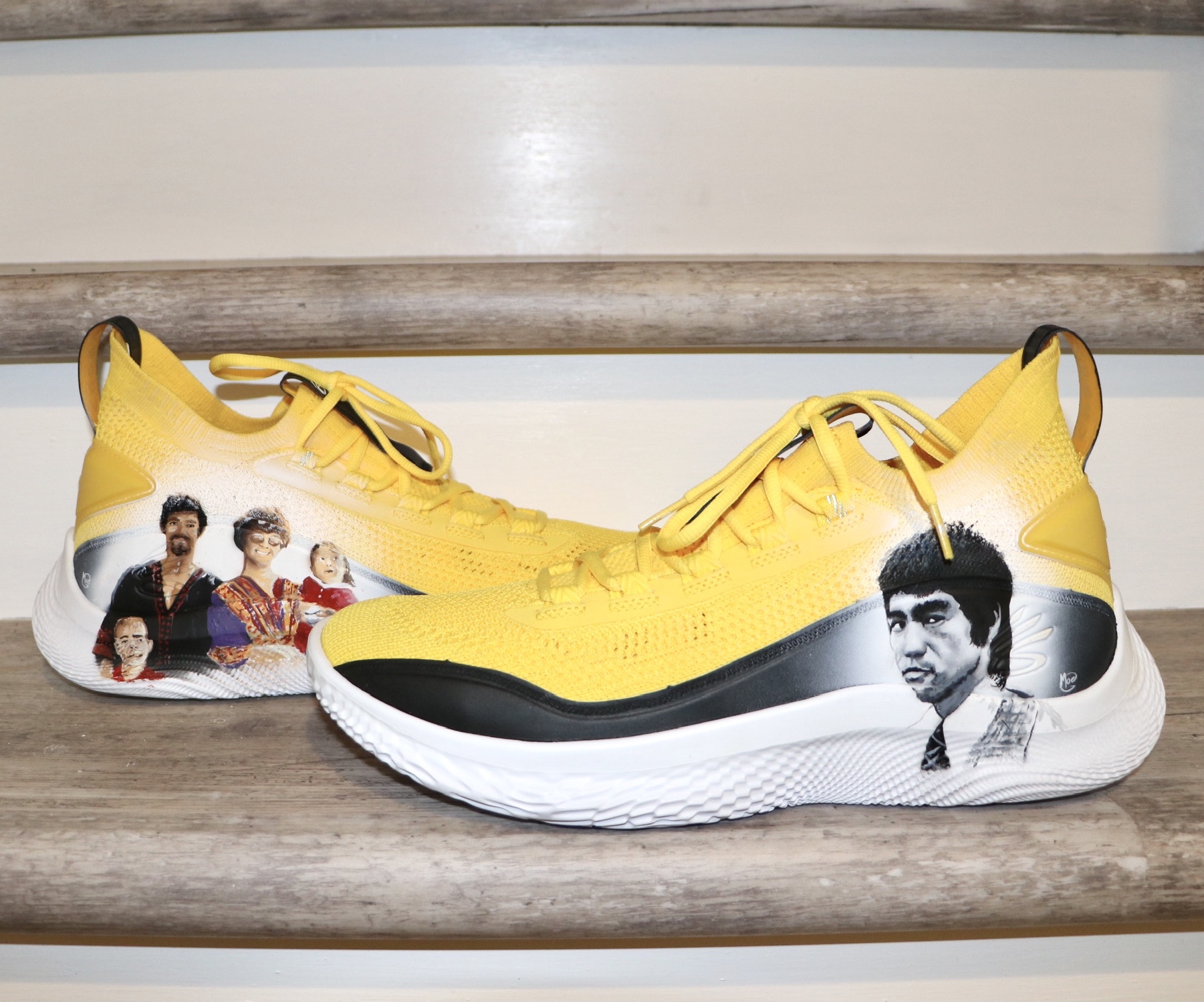 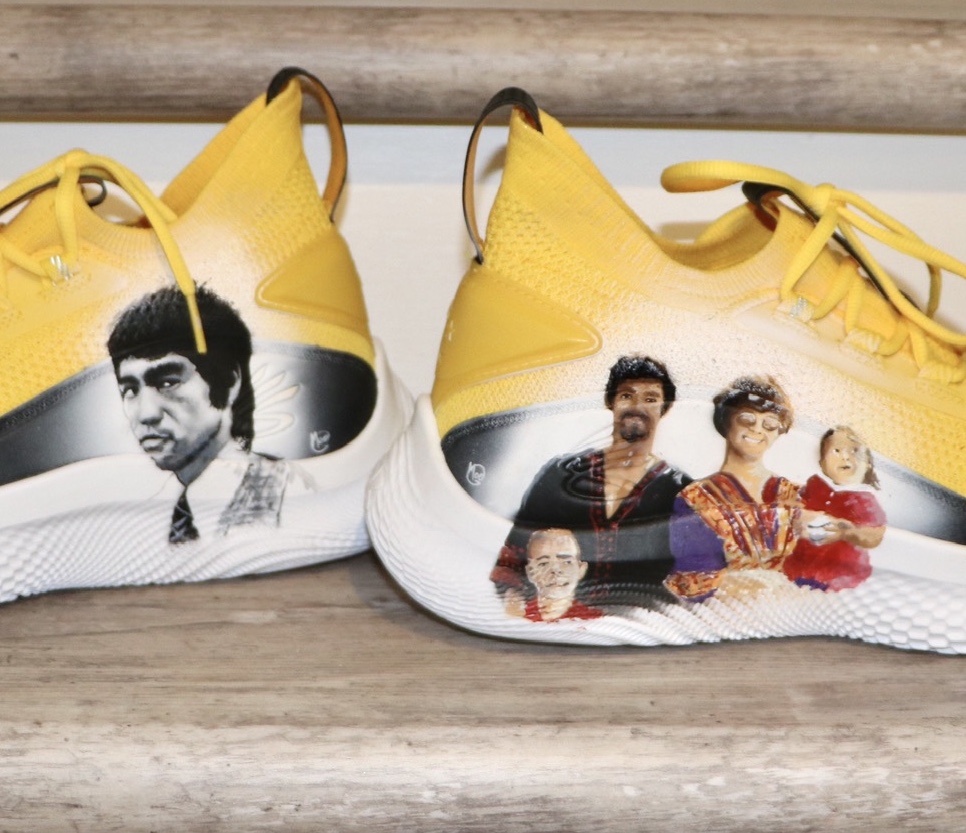 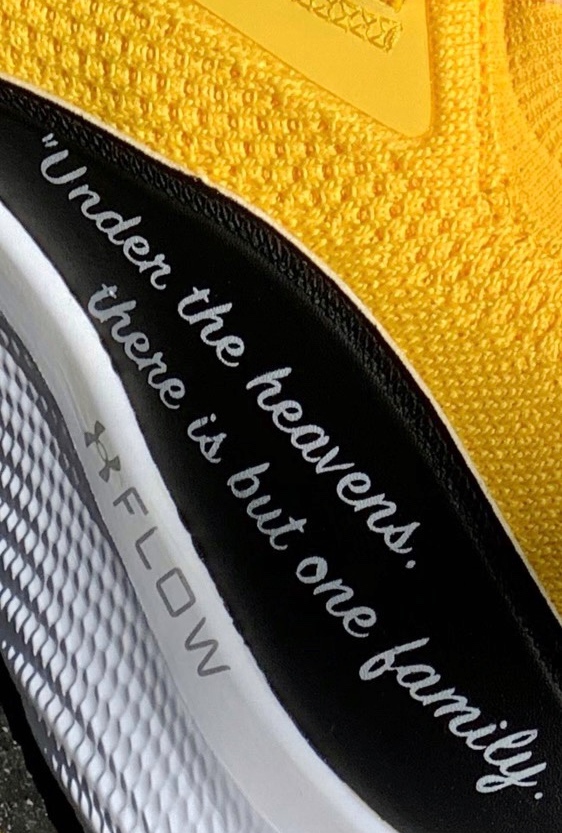 “I think Stephen’s gesture is a beautiful example of allyship and solidarity in action,” said Shannon Lee, CEO of the Bruce Lee Family Companies and chairperson of the board of directors for the Bruce Lee Foundation. “I am honored he would choose my father and my family as the symbol for the idea that we are all one family, as my father said, and therefore must all stand for one another.”

For years, Curry has admired the teachings of Bruce Lee.

“He lived what he spoke and meant every word,” he said. “He pushed himself to be greater than he knew he could and to impact people along the way.”

When Curry launched his Curry Brand under the Under Armour umbrella this past fall, Bruce Lee was featured in the debut commercial with NBA Hall of Famer Bill Russell and barrier-breaking golfer Lee Elder. The Curry Brand’s tagline is “Change the Game for Good,” outlining its mission and launching constant giveback efforts as a staple of the new venture.

“Steph’s commitment to make a lasting impact and bring access to sports to the communities who need it most really resonated with us and what the Bruce Lee Family Companies stand for,” said Shannon Lee. 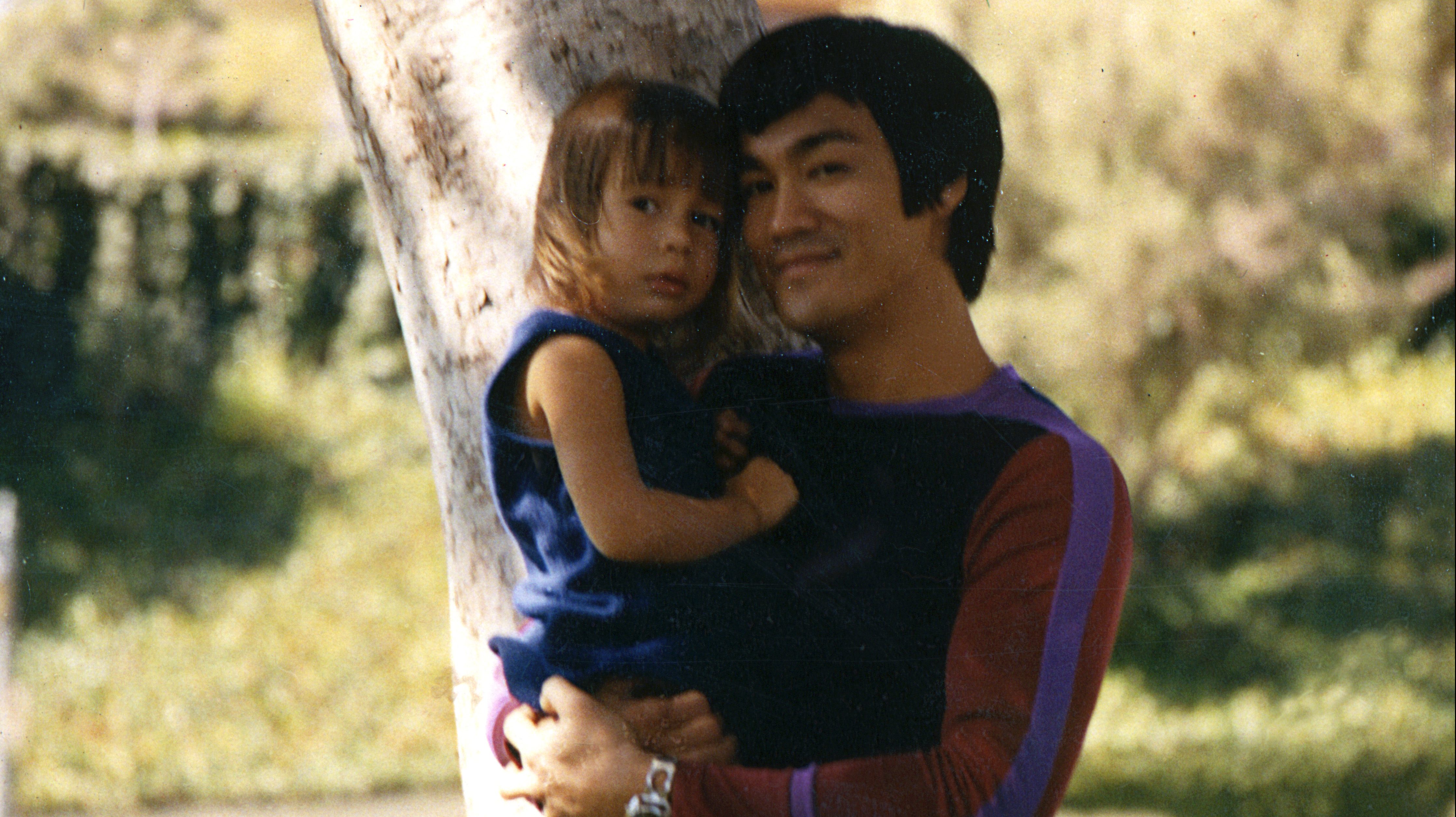 The sneakers depicting Lee with his family were painted by Kreative Custom Kicks and took nearly 12 hours of detailed work. The inner panel features one of Curry’s favorite Bruce Lee quotes, “Under the heavens, there is but one family.”

“It’s plain and simple,” Curry said. “We are all different and unique. On purpose. But, we are all human beings on a quest to fulfill our purpose and that energy should be used to uplift and love each other to the fullest. Anything else is a waste of our existence.”

Throughout his career, celebrating togetherness, unity and equality have been pillars of Curry’s platform. While living in the Bay Area for the last 12 years, he’s had an appreciation for the Asian community throughout the region, as around 34% of the region’s population is made up of people with Asian backgrounds. The demographic has also long made up one of the largest portions of Warriors fans.

“We have so many faithful Asian American fans that have supported me along this amazing journey,” he added. “We represent them on the court and I feel the love no matter where I go. You can’t replace that.”

Just as Curry has called Oakland, California, home for years, so too did Bruce Lee long ago. After attending college in Seattle and opening up his own martial arts school in the early 1960s, Lee moved south to Oakland, where he co-founded his second martial arts school on Broadway, looking to further share his teachings, skills and philosophies with people of all backgrounds. He died at age 32 in 1973.

Decades later, the impact and influence of Lee remains relevant. Shannon Lee pointed out that most of the combined 32 million social media followers of Bruce Lee’s accounts are 34 years old or younger.

“I have made it a point to put my father’s philosophy front and center in connection with the power of his person, of his being, if you will, and it has engaged people on a deep level,” she said. “His teachings and legacy are so very relevant still and perhaps, in a way, even more so today with all the connectivity that is possible. It’s really encouraging and thrilling to see.”

As Curry sees it, honoring that legacy in connection with his latest stop in Atlanta cannot only honor and support the victims of last month’s shooting tragedy, but can push others to learn more about Lee’s teachings and encourage the sense of ambition and community that he stood for.

“[I’m looking to] honor Bruce Lee and his continued influence and impact on today, but also shine a light on the work that needs to be done to bring all of us together, no matter what our background is,” said Curry. “We have it in us, but it’s on all of us to make that reality happen. Spread love, joy, optimism and positivity always!”