From working with youth outreach programs to the Players Alliance, MLB needs solutions to increase participation

Last year Major League Baseball celebrated the 100th anniversary of the Negro Leagues. As MLB prepares to commemorate the 75th anniversary of Jackie Robinson breaking baseball’s color barrier in April, does baseball risk cloaking itself in historic moments when today’s African Americans are not well-represented on the field, in the stands or in management?

Dusty Baker’s Houston Astros made it to the 117th World Series, the second consecutive year that a Black manager took his team to baseball’s marquee event (Los Angeles Dodgers manager Dave Roberts’ team won the world championship last year). Baker is also lauded for stabilizing a franchise that was reeling from a scandal and for becoming the first manager in MLB history to lead his fifth team to a divisional title.

But as hopeful as those storylines are, they paper over an existential threat to Major League Baseball.

35 years and no progress

It’s been nearly 35 years since the issue of race and baseball exploded on national television. Al Campanis, then-Dodgers general manager, went on Nightline to celebrate the 40th anniversary of Robinson becoming the first African American to play in MLB in the modern era. His answer to Ted Koppel’s question — why were there no Black managers or general managers in 1987 — made headlines: “I truly believe they may not have some of the necessities to be, let’s say a field manager or perhaps a general manager.” Many jaws dropped, not least of all mine, then the Nightline producer who invited Campanis on the broadcast. 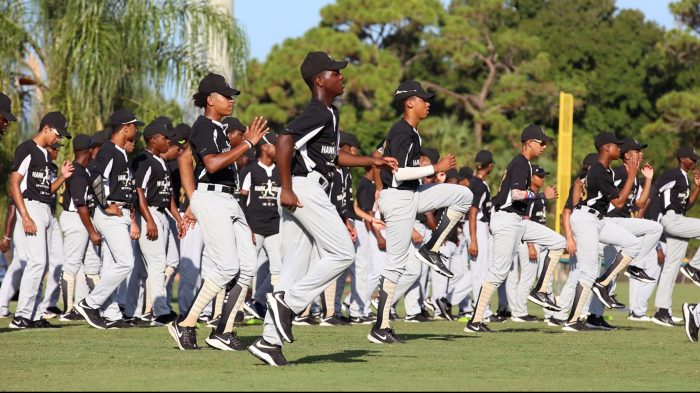 Campanis was summarily fired by the Dodgers. Then-baseball commissioner Peter Ueberroth was sufficiently embarrassed that he vowed to resign if club owners didn’t become more aggressive in hiring minorities for top-level management positions in baseball. Joining him on Nightline was Harry Edwards, the longtime sociology professor at the University of California Berkeley, who said baseball runs under a “plantation-style system” where Black people do the work and white people make the decisions.

Two months later, Edwards would be hired as a special assistant to Ueberroth to help MLB put qualified African American candidates into the pipeline for managerial jobs. Edwards turned a few heads when he hired Campanis to assist him. The first person Campanis and Edwards pitched to the San Francisco Giants was Baker, who was hired in 1988 as their first-base coach, which accelerated his nearly 30-year managing career.

Edwards is blunt. The architect of the Olympic Project for Human Rights, who inspired the iconic Black Power salute by Tommie Smith and John Carlos atop the medal stand at the 1968 Games in Mexico City, reminds us that “there’s never been a stage in sports history when a preeminent, much less dominant and overrepresented ethnic group in a sport has lost that preeminence and gained it back. Never.”

When asked about the dwindling number of African American players, Tony Reagins, MLB’s chief baseball development officer, said, “It’s a big concern.” But his glass remains half full. “As a youngster, I had childhood [baseball] idols who were Black, but it’s also an opportunity to really change a generation and bring baseball back to the forefront in the African American community.”

Reagins is in his sixth year in MLB and understands the expectation. “When I first came here, it was something I thought I was going to be able to solve in five years. Now you’re on the ground and actually in the trenches. It’s going to take time and patience. The decline in African American participation didn’t happen overnight and it won’t be a quick fix.”

The core of Reagins’ strategy is to build a long-term foundation. “We started an initiative to build relationships with African American churches around the country and specifically began on the East Coast. We have our academies in place in mostly African American communities. As an African American, I know that if you want credibility, you can’t just go to these communities as a one-off and then expect to have buy-in.”

MLB’s Youth Outreach focuses on putting African American youths through MLB-led baseball-development programs such as the Hank Aaron Invitational, Dream Series and Breakthrough Series, where more than 220 alumni have been drafted since 2015. 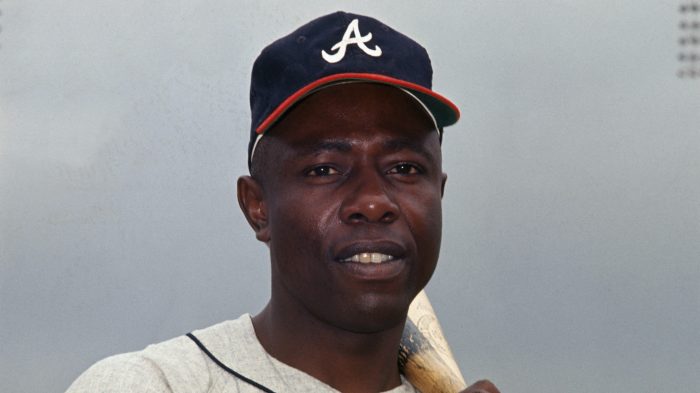 Hank Aaron on his time in the Negro Leagues: ‘It gave me opportunity’Read now

Baseball seems to be finally recognizing that its move to offshore player development without simultaneously grooming homegrown talent in African American communities has been costly. “I think that has contributed to a shift, definitely,” Reagins said. “More organizations went to international waters, specifically Dominican, Venezuela, Mexico and Panama to scout talent. Labor is obviously affordable. No draft back then.”

Edwards said that when Bart Giamatti took over as baseball commissioner in 1989, he warned him that the strategy of developing players offshore “is going to end one day in a declining Black baseball player population, not even a representative number of Black people on the field. The outcome is that baseball turned its back on Blacks and Blacks have turned their backs on baseball.”

But this summer, MLB partnered with the Players Alliance — the nonprofit formed by 150 former and current African American major league players whose aim is to increase Black participation and “change the trajectory of diversity throughout baseball.” In the wake of the police murder of George Floyd and the Black Lives Matter marches, MLB pledged $150 million over 10 years to the alliance, beginning in 2023.

“A lot of Black players who’ve played our game and are currently playing our game — Curtis Granderson, CC Sabathia, Edwin Jackson and Cameron Maybin — are lending a strong voice in the African American community. They’re on a multicity tour, delivering equipment to youth that we think is important, so if we can align ourselves, it makes a lot of sense.”

Granderson, the president of the Players Alliance, said, “Zoom became our best friend last year,” allowing African American players sitting at home during the coronavirus pandemic to get together and form the alliance. As much as he appreciates MLB’s $150 million commitment to the Players Alliance, Granderson said, “I’m not sure there’s any dollar amount that’s going to fix the problem. It’s going to take time and a concerted effort from players that are in the game, the game itself and the new generation of players that are being introduced to the game.”

Granderson debuted with Detroit in 2004 and two years later, headed to the World Series with “the team during my career with the most African American teammates. We’d joke that we couldn’t have too many or they’d break us up. And a few years later, guys got traded and released and you wondered if our jokes were really happening. We’d also ask, ‘Aren’t there opportunities to bring more Black kids and Black families to ballgames?’ There would be jokes where we said, ‘Let’s count how many Black faces we see in the stands that aren’t working and see if we can get to 10 by the end of the game.’ ”

Off the field, Granderson has won four Marvin Miller awards and the Roberto Clemente Award for his work in the community during his 16-year major league career. On the field among his seven clubs, Granderson never had a Black manager and only one Black general manager (Michael Hill of the Miami Marlins) in 2019, the final year before he retired.

Granderson believes MLB could take a page from the NBA in how to better market to African Americans. He sent me the recently released NBA 75th anniversary video with this review: “A lot of players highlighted. Old, young, white and Black players in the East and the West along with boys and girls in the commercial. No hip-hop, but a ton of things that kids can easily relate to and say, ‘That was cool’ or ‘I like that’ or ‘I do that.’ ” 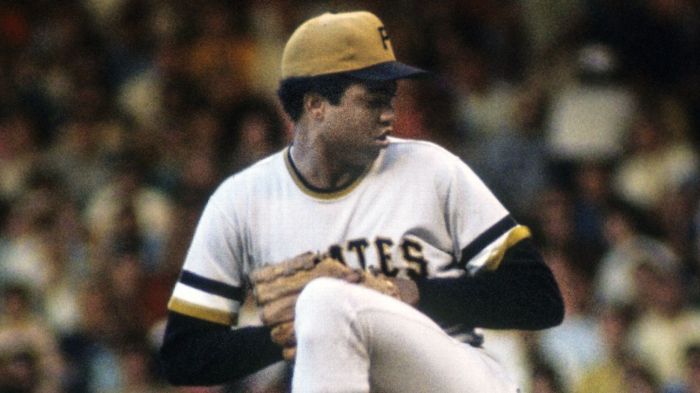 Asked which big events MLB is working on to send a message to African Americans that they matter, Reagins said, “Stay tuned, we have a lot of ideas. It’s premature to answer, but we have some things in the very near future that really speak to the African American community.”

Another big challenge: how to close the gap between how NCAA Division I sports programs award college scholarships. “It’s on my list,“ Granderson said. “I know a lot of athletes, some have played at the highest level, who’ve received pretty large partial baseball scholarships but still couldn’t afford to go to school. So they didn’t choose the baseball route. They go a different route, choose another school or sport.” Currently, NCAA rules allow Division I baseball programs only a maximum of 11.7 athletic scholarships which can be divided among a maximum of 27 players. (Most are partial.) The top level of college football, the FBS, can give out 85 full-ride scholarships and basketball can offer 13 full-ride scholarships. “I’ve wanted to talk to the NCAA since well before the Players Alliance was started last year about how we get more scholarships for baseball and softball and student-athletes in general.”

It’s always hard to know what metric to use to measure progress in African American involvement in baseball … the number of players, coaches, managers, general managers, trainers, umpires, scholarships?

For Granderson, it’s “how many young people have you interacted with who’ve never been introduced to the game.”

For Reagins, it’s “reengaging with the four pillars in the African American community that go back to the 1920s: fashion, music, church and baseball.”

Edwards has been playing the long game since the protests at the 1968 Mexico City Olympics. His activism at the intersection of race and sports has never been about quick fixes or moments. It’s been a constant marathon, not a series of sprints. The Undefeated asked Edwards if he had the chance to talk with baseball commissioner Rob Manfred about the lack of African American players in MLB, what would he advise. “You know what I would do? I would go and find the best former Black baseball players that I could, set them up in business, especially reestablishing the Negro Leagues as a development league. Essentially a nascent minor league team in an African American community, only this time, the money and the funding would be coming from Major League Baseball in the interest of making this a truly national game.”

Now 78, Edwards is still using his megaphone of a voice to demand your attention. A video at the entrance to the sports hall at the National Museum of African American History and Culture in Washington immortalizes an Edwards quote that sums up his philosophy:

“The challenges of our circumstances are diverse and dynamic. Our struggle, therefore, must be multifaceted and perpetual and there are no final victories.”

Richard Harris, a former senior producer of NIGHTLINE with Ted Koppel and an NPR veteran, is a freelance writer in Bethesda, Maryland.