If Green succeeds, more top prep prospects could be inclined to skip college

Prep basketball phenom Jalen Green’s decision to go to the G League on Thursday could go down as the moment where the NCAA’s greed finally caught up to it.

While the NCAA has made billions on college basketball for years, its student-athletes haven’t received a penny. Student-athletes who receive benefits can be severely punished, along with their schools.

The NBA, meanwhile, has offered an opportunity for elite prep stars to spend one year in the G League with the potential to earn more than $125,000 in salary and the ability to net sponsorship money as well. But sources told The Undefeated that the G League could pay more. ESPN.com reported there is a new G League initiative that can pay elite prospects more than $500,000 and provide a one-year development program outside of the minor league’s traditional team structure.

In recent years, Oklahoma City Thunder forward Darius Bazley and 2020 draft prospects LaMelo Ball and RJ Hampton all considered the G League, but ultimately passed. Green made history by announcing his decision to turn down the University of Memphis and other top college programs to take his talents to the G League for a year before going to the NBA. Prep star Isaiah Todd, who recently decommitted from Michigan in October, could be following Green to the G League, too. 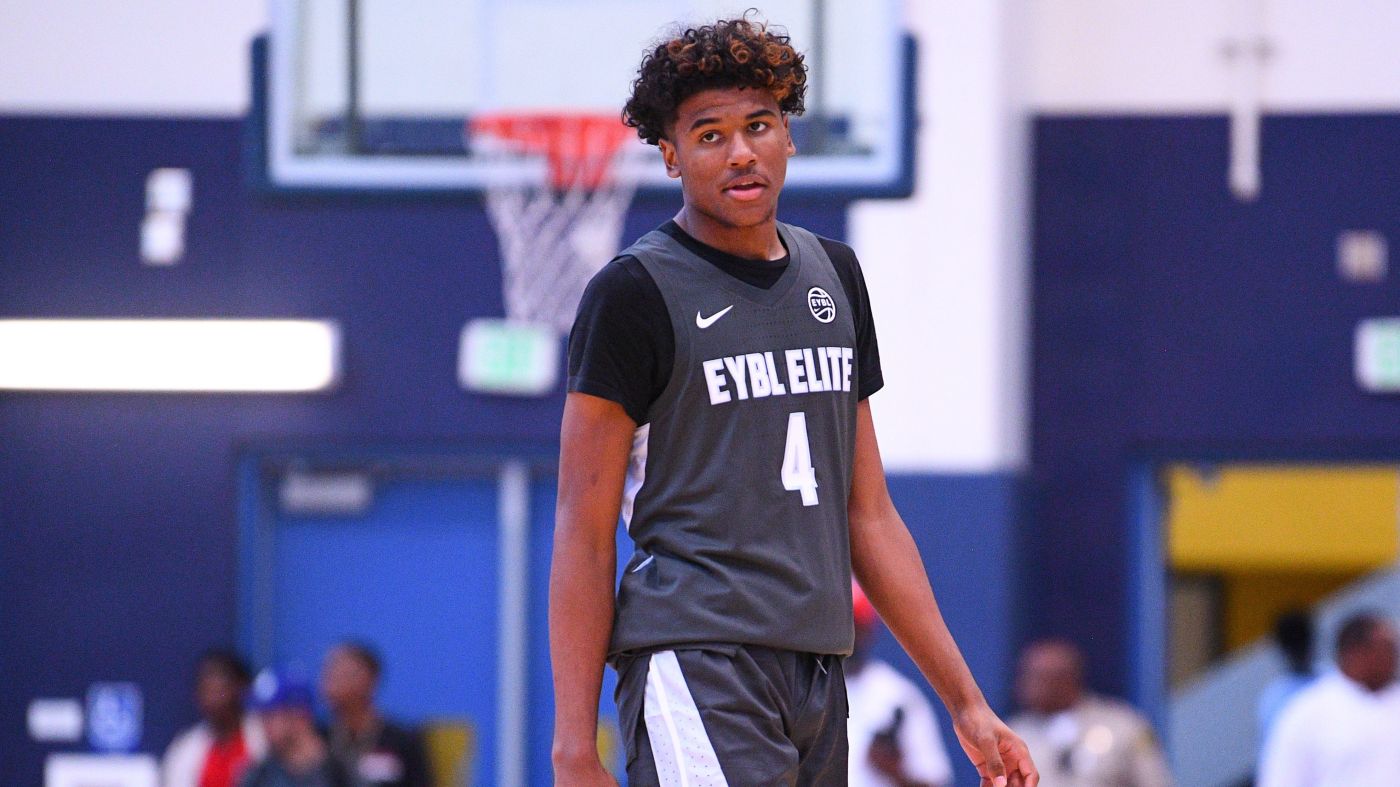 “The ultimate end goal is to get to the NBA. With that being said, I have decided to partner with the NBA G-League’s new team for elite players,” Green wrote on his Instagram page. “The main reason for this is I want to get better, I want to develop a more better game. I want to work on my craft and things like that. That way, I can be better for the NBA. This is the best route to prepare myself to get one step closer to be ready when that time comes.”

Green was expected to commit to Memphis if he didn’t join the G League, a source said. The athletic, 6-foot-6 combo guard out of Prolific Prep (Napa, California) is ranked as the No. 1 prospect by ESPN and has the potential to be the top pick in the 2021 NBA draft.

According to the G League, Green will play for a team unaffiliated with any existing NBA G League franchise or NBA team.

Rod Strickland is in place to educate newcomers on their path. If Green succeeds, it will make the next prep-to-pros prospects more inclined to try the G League route instead of going to college.

“We’re thrilled to welcome a player and a person of Jalen’s caliber to the NBA G League,” said G League president Shareef Abdur-Rahim in a press release. “He represents the next generation of NBA players, and we couldn’t be more excited to have him develop his professional skills in our league. Jalen will learn from an NBA-caliber coaching and player development staff as he begins his professional basketball journey in the NBA G League.”

The G League doesn’t offer the bright lights of playing in front of 20,000 fans at Rupp Arena, or playing for a legendary coach, or playing in March Madness. But it does offer the ability to play against NBA-caliber talent and adjust to the NBA’s style of play and rules.

The biggest concern with this path may be whether an 18-year-old can physically handle playing in the G League. According to ESPN, he will compete against G League teams, foreign national teams and NBA academies throughout the world. Green has a slender build and would need to use the summer to get stronger. But if Ball and Hampton were able to handle the physicality of pro basketball in Australia and New Zealand, respectively, Green would likely succeed in the G League. Green, who wasn’t interested in playing overseas, according to a source, is talented enough to make a jump to the NBA now if he could.

The HBO documentary The Scheme was a reminder that there is an underbelly to college basketball where prospects and their families are getting paid under the table because they can’t be paid by the NCAA or receive endorsements. The NBA has provided a way for 18-year-old superstars to stay in the United States to work on their game with NBA-caliber coaches and players while legally making a substantial salary and endorsements. (The G League also pays for living arrangements, offers $100 in Lyft credits per month and pays for continued education.)

It is very possible that the NBA draft’s age limit could be dropped to 18 by the 2022 draft. The NBA and National Basketball Players Association are expected to eventually agree to any rule change. In the meantime, the top prospects could soon learn they can follow Green.

Agent Aaron Goodwin, who signed Green this morning, told The Undefeated: “It’s a great opportunity for the athletes and that is what is important to me. Now, if you are on a path to make it to the NBA, you no longer have to go to an NCAA program, you no longer have to go overseas, you can partner with the biggest and the best league in the world. This isn’t about players that are ‘one and done.’ This is about another complete opportunity. Imagine you are a player and you know you may need two years to develop, now you can get those two years with the NBA. You know you’re not only on the right path but on the NBA radar while getting paid to help yourself, your family and learning your craft.”