SAN FRANCISCO – There was a collective head scratch across the NBA when the Utah Jazz tweeted June 29, “We have hired David Fizdale as associate general manager.”

The former NBA head coach with the New York Knicks and Memphis Grizzlies? The two-time NBA champion as an assistant coach? The 48-year-old who was on the Los Angeles Lakers’ bench last season?

“I got ‘WTFs’ with exclamation points texts,” Fizdale told Andscape on Nov. 25 before the Jazz lost to the Warriors 129-118. “I still got a ton of texts like I did if I would have gotten a head coaching job. But it was all, ‘What the F?’ From everybody. All the same people that hit me when I got the Knicks job. And that was all of my friends from other teams, coaches, front office.

Since 1998, coaching is pretty much all that Fizdale has known. But when NBA commissioner Adam Silver suspended the season temporarily due to COVID-19 on March 11, 2020, Fizdale’s said his mindset started to change on coaching. The next day, Fizdale’s wife, Natasha, told her husband that she was pregnant with their first child. Instantly, David Fizdale not only yearned to be home more, but also for a different challenge.

“I don’t know what clicked. But I was so consumed as a coach,” Fizdale said. “Probably more than I should have been. You can’t see the forest through the trees. And I kept trying to figure out a way to get a win. And so as soon as she said we had a kid coming, it was just like I don’t know if I can do this job with a kid.

“So, I didn’t say nothing to her. I just started thinking about it, and really soul searching.”

After a two-year hiatus, Fizdale returned to coaching as an assistant with the Los Angeles Lakers in 2021. That was short-lived as Frank Vogel was fired as Lakers head coach on April 11, leaving Fizdale’s tenure with the franchise in question. Fizdale spoke to new Lakers head coach Darvin Ham about returning, but also mentioned that he was considering making a move to the front office. Although Ham respectfully went in another direction, Atlanta Hawks head coach Nate McMillan was also interested in adding Fizdale to his staff.

“I really just started diving into the people that I knew, people that I also knew would tell me the truth,” Fizdale said. “Was I being totally insane for making this decision at 48 years old? It’s not something that most 48-year-old, young, Black coaches would do. I’m supposed to be at the prime of my career, but something internally was telling me I really wanted the challenge of it.” 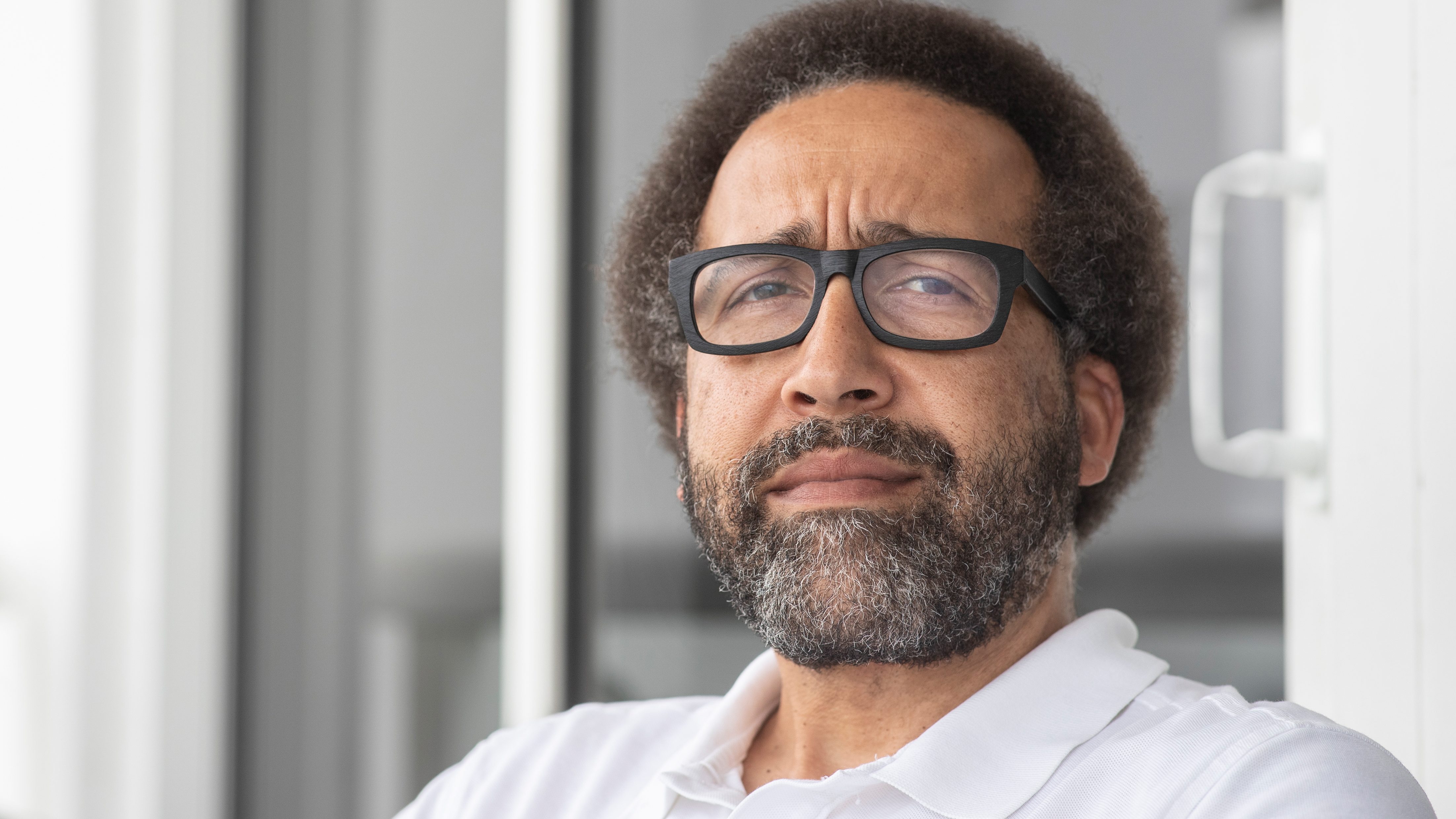 Fizdale also talked to former NBA star and “mentor” Dwayne Wade at his house over some wine. Wade was the face of the Heat when Fizdale was an assistant coach there from 2008 to 2016. Fizdale was assistant head coach in his final two years in Miami under Erik Spoelstra. Wade and Fizdale were a part of Heat teams that won back-to-back NBA championships in 2012 and 2013. Wade is also now a finalist for the 2023 Naismith Memorial Basketball Hall of Fame and a part-owner of the Jazz.

Wade was shocked to learn Fizdale was interested in joining an NBA front office.

“I just said to him – not even thinking Utah Jazz, this is more homie-to-homie, friend-to-friend, brother-to-brother – ‘Man, I’m really thinking about making a pivot, I’m really considering strongly this pivot,’ ” Fizdale said. “He said, ‘What are you talking about?’ … ‘[I said] I think I’m going to step away from coaching for a little while and try to learn front office a little bit. And be able to manage my schedule a little better, be a more present husband and dad.’

Fizdale said Wade mentioned to Jazz president Danny Ainge, who orchestrated the 2008 NBA champion Boston Celtics’ roster, that Fizdale may be interested in joining the franchise. Ainge assumed it was as a head coach candidate. The Jazz eventually filled their vacancy with former Celtics assistant coach Will Hardy on July 5.

In late June, Fizdale said he was close to accepting McMillan’s offer to join his coaching staff. While Fizdale dreamed about being in a front office, he needed a job and a check and still had the energy to coach. Fizdale told Wade that he planned on going to Atlanta as well. Wade, however, told him to refrain from taking an offer until he spoke to Ainge again. Ainge responded with the pivot Fizdale was hoping for in a job offer as associate general manager with the Jazz.

“My phone rings, it’s Danny,” Fizdale said. “He said, ‘Listen, I talked to D-Wade about this a while ago. I should have already called you about this. Here’s what I’m thinking.’ He just laid it out. Basically, I do everything. Travel to the city, travel with the cheerleaders, mentor the coaches, go scout colleges, watch college games, contribute to the draft, contribute to trade talk, use my resources to get intel, the whole deal. He just laid it out. Associate GM. He said people need to know that this is serious. We’ll do this for a year, we’ll come back together at the end of the year, if you still feel like this is something that you want to do.”

“The decision already, personally, has been what I was looking for. And I’m lucky that Utah is letting me do it.”

Fizdale turned down the Hawks and accepted the new front office career in Utah. He, too, wanted to show the Jazz that he was serious, so he moved his family from his hometown of Los Angeles to a Salt Lake City suburb.

Fizdale said he is loving the job so far, especially learned from the likes of Ainge, Jazz general manager Justin Zanik and Jazz senior director of basketball intelligence Charles Terrell.

“The decision already, personally, has been what I was looking for. And I’m lucky that Utah is letting me do it,” Fizdale said.

Jazz guard Mike Conley, who played for Fizdale in Memphis, said: “I’m very happy for ‘Fiz.’ Just to see his transition from coach to management is awesome. He’s a guy that has big goals and will learn as much as he can at each level to achieve them.”

Hardy coached the Jazz to a surprising 10-3 start after expectations of being a rebuilding team. Utah has since cooled as they enter Wednesday’s road game against the Golden State Warriors with a 19-17 record. Fizdale respects Hardy as the Jazz’s head coach and says he is sensitive to not stepping on his toes. Fizdale says it’s important for him to “keep his space” from the coaching staff and just “be their guide,” if needed.

But in Fizdale, the entire Jazz coaching and video staff has an ally considering he knows what it is like to be a head coach, an associate head coach, an assistant coach and in the video room in his previous experience.

“The Jazz front office staff is probably tired of me saying it, but I say it a lot at the end of every day. ‘Hey, these are great ideas, but what’s the ripple effect that leads to the coach and how we actually deal with players?’ ” Fizdale said. “‘And is that player disgruntled because of some decision we made? How does this affect the locker room?’

“I’m not saying we have to make every decision that Coach wants us to make, but man we got to consider really strongly does he fit, does this help? Does this put Coach in a tough spot? Are we asking Coach to do something that’s stressing him when we don’t need to?’ I’ve been in the first seat. The last thing I want us to do is make a decision that sets him back.” 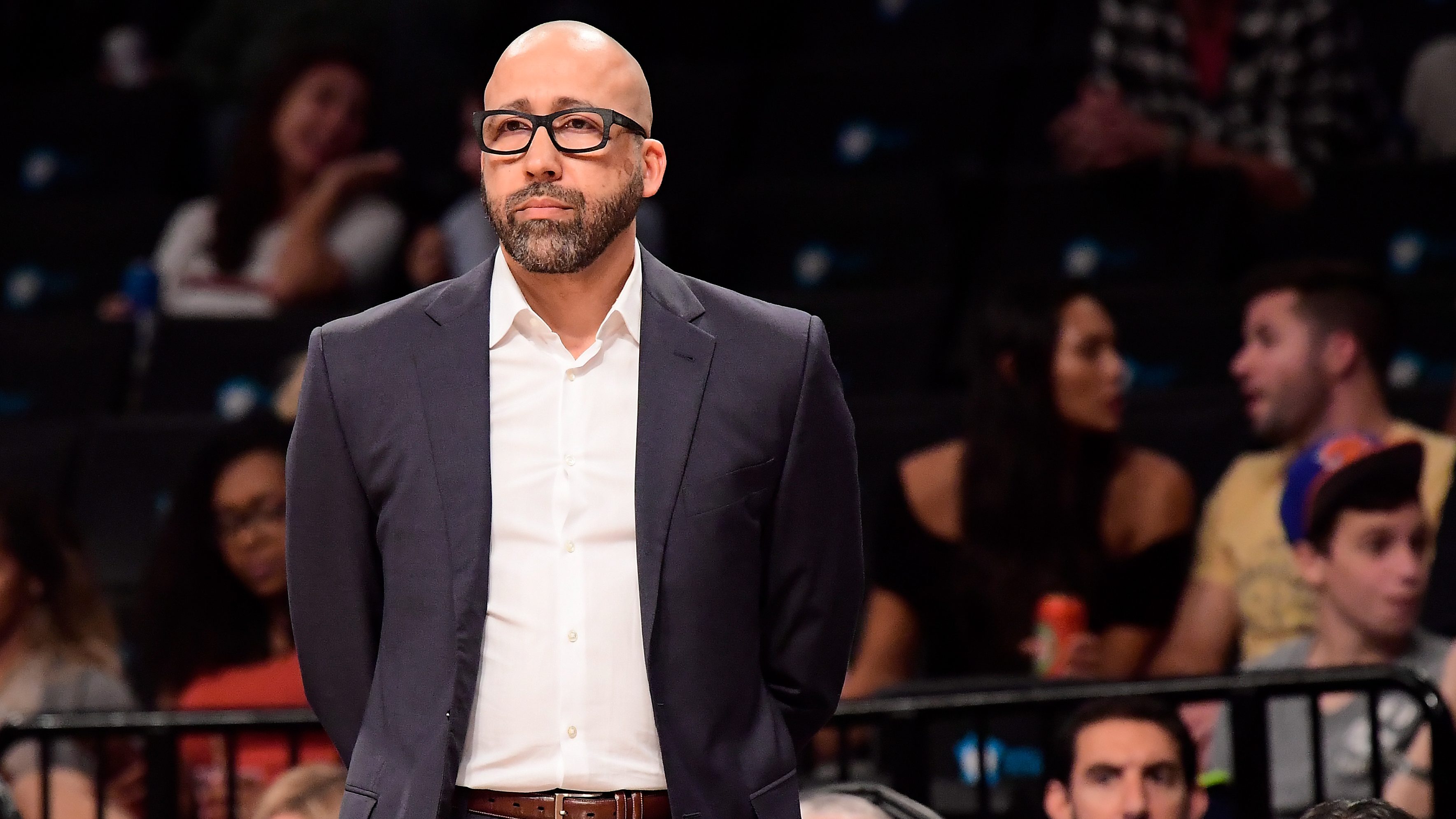 David Fizdale: A voice for the voicelessRead now

Fizdale added that Hardy is “talented” as a head coach and believes he can grow to become like some of the NBA’s current legendary coaches.

“I have that old coach in me. I’m looking at him and I’m saying, how does this guy become the Utah Jazz’s version of Erik Spoelstra, Gregg Popovich, Jerry Sloan?” Fizdale said. “Quin [Snyder] went nine years with the Jazz. I want [Hardy] to go longer than that.”

Fizdale has been traveling a lot in his new job, but he is also home a lot more than usual, too. He also is enjoying the ability to be more present with his wife and children than he could be as a head coach.

“Whether my wife would say we’ve suffered or not, she probably wouldn’t, but I felt like I wasn’t very present as her husband when I was head coach,” Fizdale said. “I felt like I wouldn’t have gotten better at managing it. But as a husband, I brought my work home a lot, and I was out of the door early. And now, I’m not out of the door that early, and I won’t bring my work home.

“It’s a different tone. Coaching, the decisions are now, this second, right this moment. For an executive job, you have waves that I’m learning. It’s not a high alert, constantly, every day, 24 hours a day.”

Fizdale says he is learning more daily with the Jazz’s veteran front office, and really enjoying his new role. He is hopeful and optimistic that he will sign a longer-term deal with the Jazz after this season.

Fizdale won’t go as far as to say never on coaching again, but his bigger dream is to be an NBA general manager more so than back on the sidelines.

“I got a lot of support for doing it. And people really could respect why I’m doing it, what I’m doing it for. It’s a great, new challenge,” Fizdale said. “It’s making me a better dad and a better husband. Who knows? Maybe coaching will come back because I love teaching the game. That doesn’t change. The idea of teaching.

“But my purpose right now is to be there for Will and the staff and lend what I know to the front office in a way that’s maybe a little different than what other people know. And at the same time, I’m trying to learn and get better at it. And if I’m lucky enough, I can be the guy that runs a team one day and take a shot at winning it all for that team as well.”