Winning has been an obstacle for Morgan’s football team, which had just two wins in 2021. After Morgan named Wilson head coach in June, he improved the Bears’ record to 4-7 this season, including a big 41-14 win over 2021 Cricket Celebration Bowl champion South Carolina State University, and revealed signs of a brighter future for the program. The Bears hadn’t won four games in a season since 2018.

“Morgan State has a lot of rich history, academically, as well as athletically,” Wilson said. “We are just trying to revisit that history, you know, revisit that success that was there in the ’60s and the ’70s.”

Led by head coach Edward P. Hurt from 1930 to 1959, the Bears accumulated 173 wins and 14 CIAA championships. Earl C. Banks took over as head coach in 1960 and in 14 seasons led Morgan State to five CIAA titles and one Mid-Eastern Athletic Conference title in 1971, the same year the Bears joined the conference. 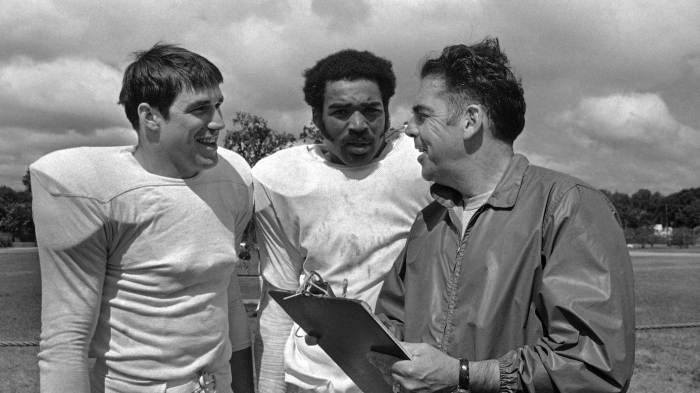 When Morgan State beat Grambling at Yankee Stadium, more than the score was at stakeRead now

To bolster Morgan State’s program, Wilson is drawing on the skills and insight he gained while building a football powerhouse 35 miles down the road at Bowie State.

Wilson’s journey started at Bowie State as an all-conference tight end on the football team. After graduation, Wilson was named an assistant coach at Bowie in 1999. Just three years later the Bulldogs won the Eastern Division championship in the CIAA.

Wilson also was an assistant coach at Texas Southern and Prairie View A&M universities before returning to Bowie State in 2009 as head coach.

“I’m fully prepared for the [Morgan State] opportunity,” Wilson said. “I’ve had several NFL internships to help me stay ahead of the curve, with regards to teaching football at its highest level. So going to a D-II university to FCS program wasn’t a challenge.”

While the transition from Bowie to Morgan was nearly seamless, thanks to Wilson’s preparation and deep ties to historically Black college football in Maryland, the hiring process before Wilson’s arrival at Morgan was unconventional. 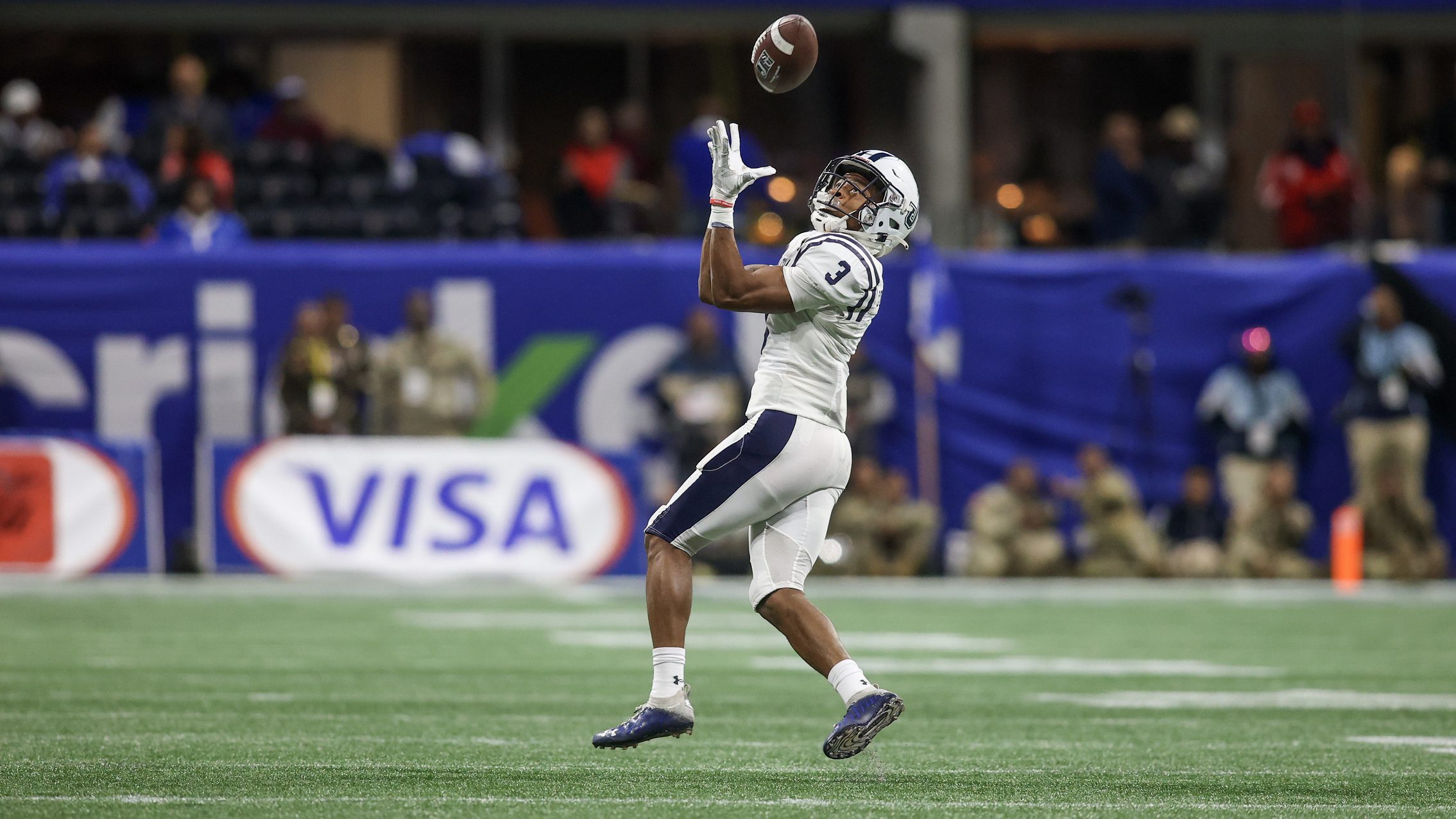 With multiple transitions in Morgan State’s athletic department, it wasn’t until June, when athletic director Dena Freeman-Patton was hired, that the school began the search for a head coach. Freeman-Patton, who at the time was finishing up her responsibilities at California State University, Dominguez Hills, where she most recently served as associate vice president and director of athletics, conducted the search from across the country.

With just 14 days to hire a new coach, over numerous Zoom calls Freeman-Patton, Morgan State president David Wilson and other members of the search committee decided Wilson was the right candidate to make an immediate change at Morgan.

“I was looking for someone who could be a partner in this, because essentially we are rebuilding a program. I’m new, they’re new. I need somebody I can work with and be a partner,” said Freeman-Patton. “Coach Wilson was that person – there was no doubt when I met with him that he was the guy.”

Morgan’s football team is no stranger to coaching changes – the Bears have had five different head coaches in the last decade before Wilson’s arrival – so he prioritized gaining his players’ trust and securing their buy-in. 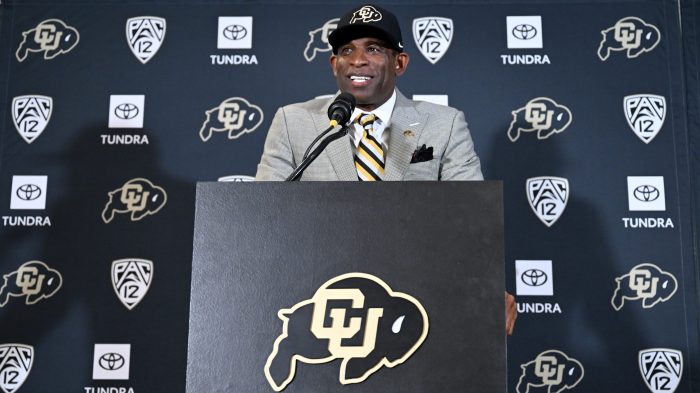 “He came in and made us feel like we are his guys. He made us feel like this is a family atmosphere. It was more positive,” Wooden said. “We wanted to actually play for this coach. He had our back and we have his back type of thing.”

The uncertainty about a new head coach led several student-athletes to enter the transfer portal, but standout senior defensive back Jae’Veyon Morton, who spent the beginning of his career at Iowa State, chose to stay.

Wilson worked to identify his players’ preferred coaching method and the players were receptive, with the results shown on the field.

“Coming from Iowa State, the coaching styles between how we were being coached here [Morgan] and how we were being coached there [Iowa State] was totally different. But this year, the past season we just had … we came a long way for real,” said Morton. “From winning two games last year to winning four games this year, that’s a big deal for Morgan. Morgan hasn’t won over three games since 2018. That was a big deal that he is really upcoming already. It’s very exciting to see what he brings to the table next year.”

Another improvement in the football program was players’ camaraderie and attitude. Terrence Lollie, senior associate director of athletics, noticed the immediate impact Wilson had on the team on and off the field.

“A lot of the guys knew of Coach Wilson, obviously, with his ties at Bowie State. He was known in the area and he’s recruited in the area, so some of these guys he’s already known, so they got on board really quickly,” Lollie said. “The students I had spoken to throughout the season are really happy about the mentality that Coach Wilson brought to the program and getting to know the guys and trying to establish a championship culture like he did at Bowie State. So, I think the response was positive overall and that showed with the results. That’s a testament to what Coach Wilson and his staff were able to come in and do.”

Wilson and his team have their sights set on winning a championship next year and more importantly getting better from day to day. With his passion for historically Black college football, a wife and cousins who are Morgan alumni and his life established in Maryland, he does not take the responsibility of repping the orange and blue lightly.

“They [the team] can look at my résumé and tell I am not the guy that’s going to bounce around from year to year,” he said. “I spent the majority of my life in the state of Maryland, and I have an opportunity to build an FCS program in my backyard. That’s something I am excited about and that’s when this season came into play, just showing the guys that we care [and] teaching the guys the history that is Morgan State University.” 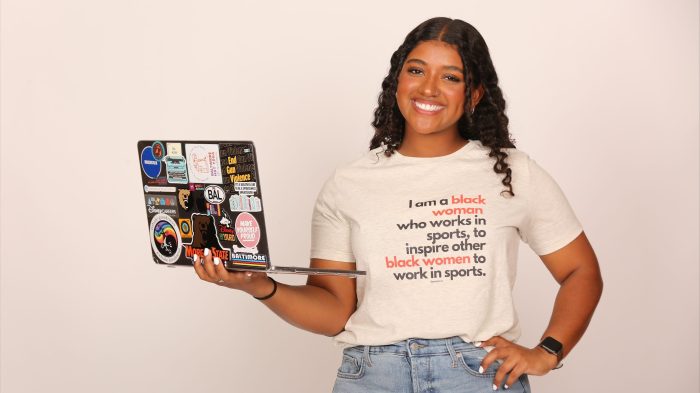 While I had big shoes to fill at Morgan State, I proudly accepted the challengeRead now

Cayla Sweazie is a member of the Andscape social team and is probably making a TikTok right now. She is a former HBCU athlete (Go Bears) who now covers HBCU sports, lifestyle and culture.