The National Basketball Players Association is working to increase those numbers

“Enough,” Darrell Walker responded when asked about how many resumes he sent for college coaching jobs. “Your resume is great but you have no college experience.” Sometimes he’d read that someone else was hired. Two NBA head-coaching stints, 10 years as an assistant, 10 years as a defensive menace in the league and a lifetime of accomplishments didn’t warrant a contrite form letter.

In 2016, more than 15 years after an abbreviated stint with a forgettable Washington Mystics squad, Walker was again a head coach, this time at Clark Atlanta University.

What struck Ronald A. Johnson, the school’s then-president, about Walker — besides having Michael Jordan as a reference — was his approach. Some packages from prospective coaches listed what they needed from the school. Walker talked about providing resources. He laid out a three-year strategic plan for the team’s success. He arrived as an asset, not a burden.

His first day on the job, Walker visited Johnson’s office. The president was surprised. Then his new employee emptied his soul, explaining his journey to the historically Black college and university (HBCU) and NCAA Division II school. 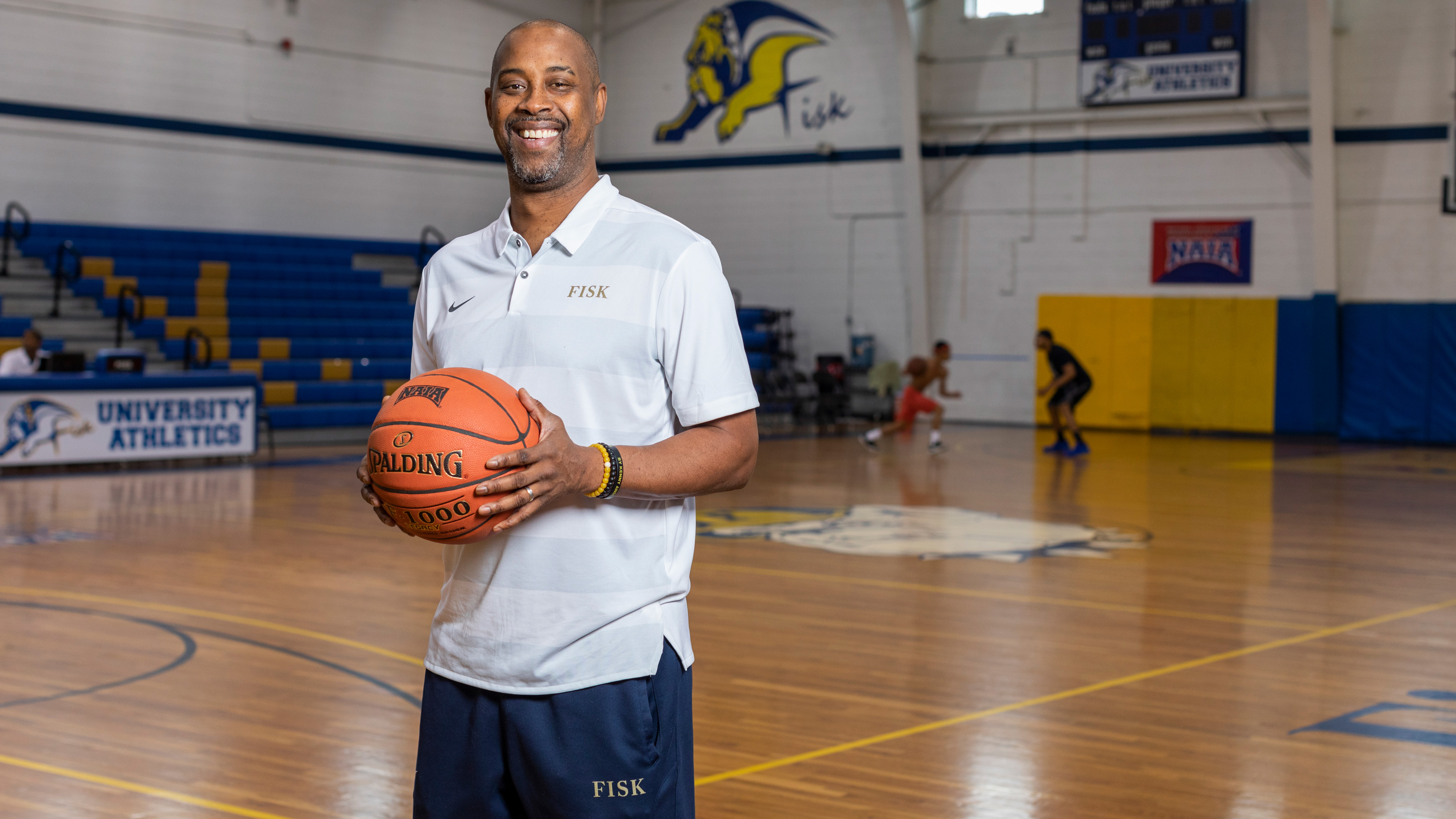 “I want to thank you for giving me the opportunity, giving me a shot,” Johnson remembers Walker saying. “I feel strongly I can coach at this level. It’s not just based on my previous coaching experience but my understanding of the game. The doors just didn’t open.”

Walker, now the head coach at the University of Arkansas at Little Rock, left Clark Atlanta after two memorable seasons. He immersed himself in the university, Johnson said, selling pieces from his art collection to raise funds, arriving on campus early to rouse his players from bed. The players worked help-side defense and made sure they maximized their potential away from the court.

“He molded me into the young man I am today,” said former Clark Atlanta guard Austin Donaldson, who graduated in 2019. (Walker returned for commencement.) In winning a conference championship and making two NCAA Division II tournaments, Johnson saw the same scenario often: The Panthers would fall behind by seven to 10 points with three or four minutes left. Walker would then implement a whole new strategy and defeat a complacent opponent. He’s doing this by design, Johnson realized.

Yet a prejudice against hiring former players remains, said Kenny Anderson, the former All-Star point guard with the New Jersey Nets. “They say a lot of us don’t want to work extremely hard to make a difference,” he explained. Walker’s time in Atlanta wasn’t a mental cleanse, but it proved that Black retired NBA players could coach.

Today, HBCUs, mostly in the Southwestern Athletic Conference (SWAC) and the Southern Intercollegiate Athletic Conference (SIAC), provide a safe haven: George Lynch at Clark Atlanta. Anderson at Fisk University in Nashville, Tennessee. Bonzi Wells, who stepped up when Rasheed Wallace joined Penny Hardaway’s staff at the University of Memphis, is at LeMoyne-Owen College. Reggie Theus is head coach and athletic director at Bethune-Cookman, Mo Williams is at Alabama State and Juan Dixon is at Coppin State.

And the National Basketball Players Association (NBPA) is eager to add other schools to the mix, said Purvis Short, the association’s chief of player programs.

“The motivation and the spirit of the conversation that Michele Roberts [then the NBPA’s executive director] and I had was really geared toward, they at least deserve a chance,” said SIAC commissioner Gregory Moore. That was Moore’s biggest frustration: Too many retired players were in professional purgatory — not getting a fair shake to fail or succeed.

The surge of former NBA players coaching at HBCUs really started seven years ago. Moore read an article by Marc Tracy of The New York Times. A Million Thanks: Pro Athletes Share the Wealth with Their Colleges examined pro athletes donating substantial sums to their college alma maters. Moore loved that athletes were philanthropic, but the big-time schools mentioned had massive endowments. For Michigan State and Nebraska, such generosity represented, in Moore’s words, “a rounding error.” For one of his schools, that meant a weight room, turf football fields, or a new gym floor — something meaningful. Instead of tamping down his frustration and resuming the workday, Moore approached Roberts with his concerns at a sports lawyers conference. Roberts promised to help. Money was directed to HBCUs and camps held for players. In 2017, the NBPA reached out to the HBCU presidents about coaching vacancies, an idea Moore said was inspired by Walker.

“Anytime Greg says you need to move forward, we move forward,” said SWAC commissioner Charles McClelland. Besides, he added, providing opportunities for the historically neglected lies at the foundation of HBCUs.

Walker wasn’t the only retired player benched by the college head coach narrative. “Why would I have to start backwards?” said an incredulous Anderson, the second pick in the 1991 NBA draft. “You tell me that. It’s bulls—.”

Moore couldn’t understand how editing game film was valued over competing against the world’s best players for 10 seasons. Walker played for legendary NBA coaches Hubie Brown, Doug Moe, Chuck Daly and Phil Jackson — some knowledge had to have rubbed off, right? No professional excels at the highest level exclusively on natural ability. It has to be refined by experience, mixed with intelligence, so potential emerges as reality. Night after night, week after week, moments of exertion are strung into a career. Any suggestion that an NBA player doesn’t work, Walker said, is a “derogatory lie.”

That work provides the basis for coaching, said Lindsey Hunter, who spent 17 seasons with five NBA teams and was the Phoenix Suns’ interim coach for 41 games in 2013. When he applied for college coaching jobs, like Walker, he received endless excuses, including a lack of college coaching experience. Hunter believed his new job was to check off boxes for their consideration.

“The college level is so different,” said Hunter, the head coach at Mississippi Valley State. “There are so many different levels of things you have to go through to even get interviews at certain jobs. You have search firms that have control on who gets interviewed. When you start learning all of the different entities that are involved, it’s crazy. Why am I going through all of this and still I can’t get a formal interview? You start thinking some of this stuff is predetermined before it even materializes and you move on. You just try to figure out the best way to attack it the next time.” 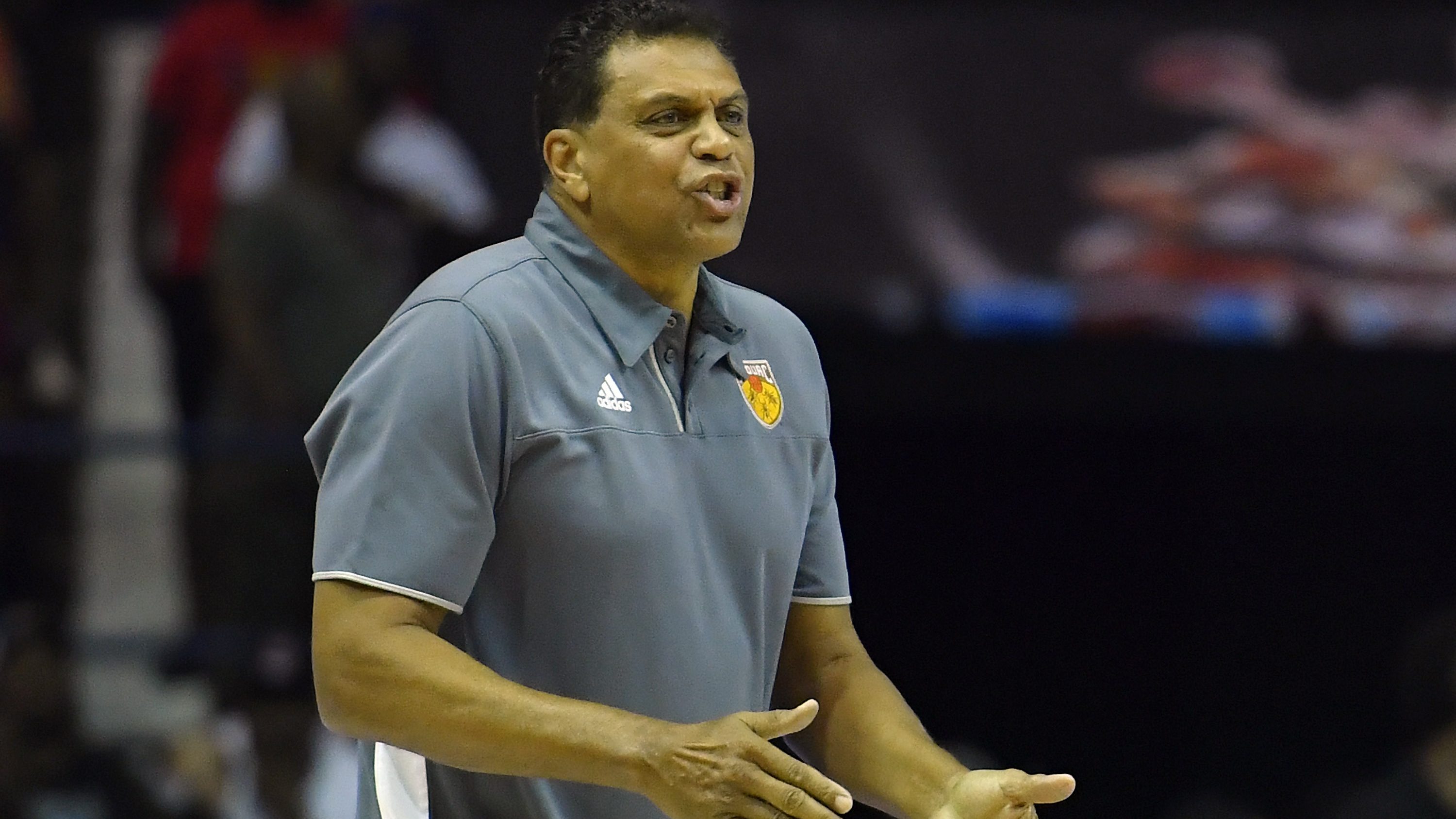 Reggie Theus on taking the Bethune-Cookman job: ‘How can you pass that up?’Read now

“Pretty soon we’ll have another high-profile retired NBA player, like a Deion Sanders, that becomes a head basketball coach somewhere,” said Short, who starred at Jackson State before enjoying a stellar NBA career. “And then some highly recruited basketball players are going to sign there. So it’s just a matter of time.” For now, he said, Wells and his cohorts are exposing more people to the history of HBCUs and reaffirming the notion that talent exists everywhere.

Added to Hunter’s frustration is that white NBA alumni don’t face the same post-retirement hurdles. “They can pretty much choose what they want to do,” he said. “You see guys promoted to GMs who have never been a GM, but they get those opportunities. We don’t. That’s a problem, because I think we’re just as qualified as anyone else.”

Someone who has taken advantage of the chance is Wells. The new coach blossomed after former Memphis Grizzlies coach Lionel Hollins volunteered his services. “He has shown in a very short period of time, particularly under coach Hollins’ help, that he can coach not only at our level, but any collegiate level and definitely professionally,” LeMoyne-Owen athletic director William Anderson said. A key benefit, he said, is Wells allows the Memphis, Tennessee, school to recruit nationally.

“Basketball is basketball,” Walker said of HBCUs. “Players are players. There’s no difference.” And with college players entering a new era of empowerment fueled by social media, a talented kid only needs playing time and a good coach, he said.

Winning the news conference is nice, but McClelland wants to see championships and student-athletes graduate. The latter might be easier than the former. Hunter, a 1993 lottery pick after starring for a 25-win Jackson State team, said many available HBCU gigs are rebuilding jobs. For him, it’s irrelevant. He loves coaching basketball. 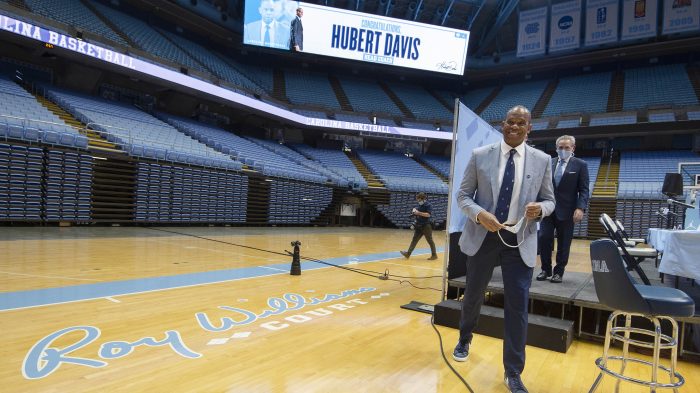 Hunter believes the bigger adjustment for any NBA player is when he’s no longer a player. Fisk has helped Anderson, now in his fourth season, get over that hump. “It’s helped my growth, not only as a coach but as a human being, to see all these young men trying to make it, that are having difficulties in life in general, not just basketball. I can try to lead them in the right direction,” Anderson said. “Basketball … that’s the easy part. I love being around my team and I love being around the guys, giving them life lessons that I had growing up in New York City and Atlanta and in the NBA.”

Anderson, who played for eight teams in his NBA career, wants to stay and build Fisk’s program. If he does, he may accomplish what Hunter hopes to achieve and what Walker already has: to make it easier for those who follow him.

Pete Croatto is the author of From Hang Time to Prime Time: Business, Entertainment, and the Birth of the Modern-day NBA. His writing has also appeared in SLAM, The New York Times, Grantland, Victory Journal, and GQ.com.