MOBILE, Ala. — Capitalizing on once-in-a-lifetime opportunities has become second nature for Untareo Johnson. When he arrived at South Alabama’s Jaguar Training Center for the inaugural HBCU combine, the Bethune-Cookman linebacker knew it was a rare opportunity to perform in front of scouts from all 32 NFL teams.

He wanted to put his best foot forward.

The 6-foot-1, 240-pounder opted out of the 40-yard dash but competed in most of the drills, including the bench press, where he tallied 16 reps at 225 pounds.

“It was great. I enjoyed the whole experience. This weekend has been a true blessing and great opportunity for me. I’ve always dreamed about competing in the combine, and this weekend that came true,” Johnson told The Undefeated. “I got a chance to show all 32 teams what I could do, so that within itself was a great opportunity.” 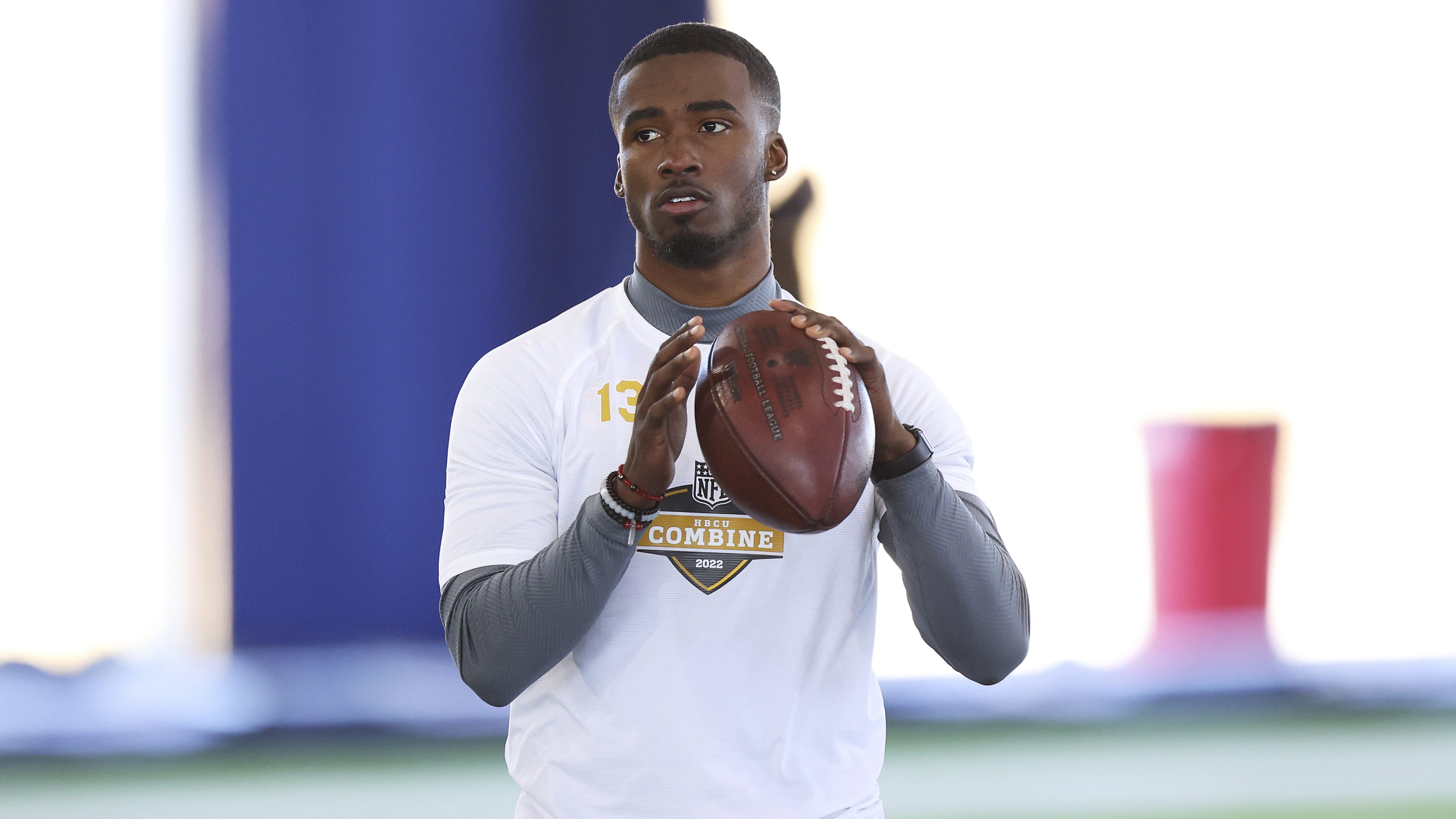 These athletes showed out at the HBCU football combineRead now

The draft process didn’t begin after his senior season at Bethune-Cookman for Johnson. His journey started in 2016, scarcely recruited out of high school in Jonestown, Mississippi.

Unwilling to let his dream of playing college football slip away, Johnson found his way to East Mississippi Community College (EMCC), a junior college in Scooba, Mississippi, four hours away. EMCC is widely known for being featured in the Netflix series Last Chance U. A younger, clean-shaven Johnson is in the background right out of high school. Still, his goals were always at the forefront of his mind: Earn a collegiate offer, play well enough to have a lot of video for scouts, and play in the NFL.

He redshirted his first season at EMCC before becoming a contributor the next two seasons on a Lions team that won back-to-back National Junior College Athletic Association championships. He credits his two seasons there for giving him the tools he needed to succeed at the NCAA Division I level.

“When you live in that JUCO lifestyle and you’re in there and you don’t have those offers after the first year and you have one more year to do it, it is like your last resort. You got to make something happen,” Johnson said. “You got to make something happen within those six months from August to December or you go home, or you go to pay for school somewhere else. No athlete wants to do [that].

“He was definitely our team leader. He’s a guy that played a number of positions while he was here, defensively, wherever we needed him he played,” Sims said. “He’s mainly a linebacker, but he played rush end because he was just that talented. I’m just excited about watching him continue to develop.”

When scouts at the HBCU combine spoke highly of Johnson’s knowledge of the game, it was no surprise to Sims, who witnessed Johnson’s football acumen grow over the last three years. Sims believes Johnson’s football IQ sets him apart and was the catalyst to earning 2021 first-team All-Southwestern Athletic Conference honors after finishing the season with 101 tackles. 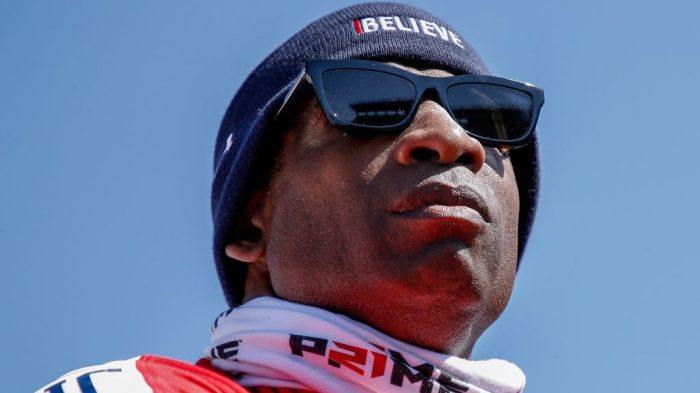 “He’s a never-quit guy that’s gonna be an asset to any organization that he becomes a part of. He’s a young man that has a great football IQ, understands the game, [and] understands how to watch film,” Sims said. “He understands game plans when you’re talking to him about it. It takes him just hearing it or seeing it on a board or seeing it on film and he has it. He’s not a rep guy. He’s a guy that you tell him once and he has it, so [an NFL team] will definitely be getting a gem.

“Sky was the limit for him. I think he took advantage of every opportunity that he had on and off the field,” Sims continued. “I don’t think I’ve coached a better football player and an even better person all in one in a long time.”

After getting noticed and showing off his skills at the combine, he’s looking to take the feedback and make adjustments in preparation for Bethune-Cookman’s pro day.

“I took a lot of coaching points to go back and help me [with] training for my pro day. Everything I learned today will help me better my numbers for when that time comes,” Johnson said. “It just lit a fire in me. Now that I know what to take back to my trainers and what to work on, I feel like my pro day is going to be something special. I’m excited to get back and start the process.”