From Miles Davis to Biggie, James Mtume was a Renaissance man of music

Best known for ‘Juicy Fruit,’ the Grammy winner was respected across the musical spectrum

James Mtume defied categorization. During his five-decade career, the Grammy-winning jazz percussionist was a songwriter, producer, bandleader, radio talk show host, political activist and the musical foundation of arguably hip-hop’s greatest rags-to-riches anthem. Indeed, the Philadelphia native, who died Jan. 9 at 76, was a disruptor even as a child.

“The first time I realized my musical tastes were a little different than the rest of the kids?” Mtume recalled during a 2014 Red Bull Music Academy interview. “I remember I was in sixth grade and everybody had to bring two records. I brought Frankie Lymon, ‘Why Do Fools Fall In Love,’ and then I brought Miles Davis. The kids, everybody, was really getting off with Frankie Lymon. When they put Miles on, it was like Dr. Death had come in the room [laughter]. Then it was that I realized jazz was an acquired taste and I was very fortunate to have been born in that environment. It’s almost like having both worlds to draw from.”

Mtume would later play a prominent role in Davis’ excursion into fusing jazz with funk on the groundbreaking (and polarizing) 1972 album, On The Corner. The jazz giant praised Mtume in his 1989 autobiography, Miles, for helping his young unit sound Blacker.

“With Mtume … and Pete Cosey joining us, most of the European sensibilities were gone from the band,” Davis said. “Now the band settled down into a deep African thing, a deep African American groove, with a lot of emphasis on drums and rhythm, and not on individual solos.”

Mtume spent a lifetime expanding the boundaries of music. During a memorable 2010 debate at the Amistad Center for Art & Culture in Hartford, Connecticut, with critic Stanley Crouch, a jazz purist, he passionately pushed back against Crouch’s dismissal of Davis’ electric period as the trumpeter’s blatant pursuit of selling out.

“We would play a sold-out concert … young people were starting to gravitate to that music,” Mtume recalled of the scene sparked by Davis’ 1970 jazz-rock fusion album Bitches Brew. “But [Miles said] we are losing young Black people. He said I want to fuse the music that would also draw them in. See, for some reason when you start to do contemporary music, it’s almost like you reduce … well if you are doing something popular, it’s some kind of way more trivial. The thing is [Miles] wanted to reach that. And he wanted to bring more young Black people in. And that’s what started to happen when On The Corner came out.” 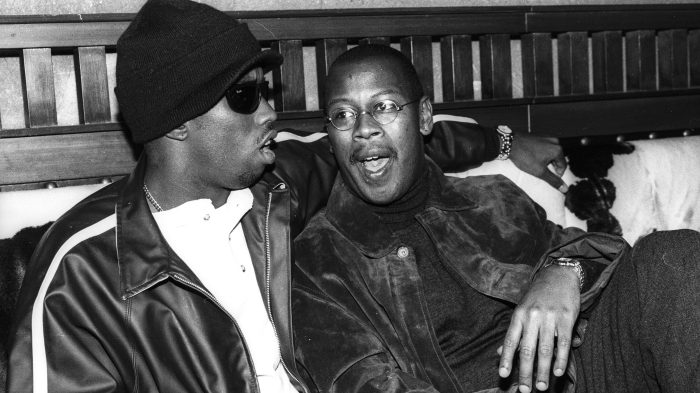 The restless spirit switched lanes in 1983 with his self-titled R&B band, Mtume. The group scored a No. 1 Billboard Hot Black Singles with the sparse, drum machine-propelled “Juicy Fruit.” A little over a decade later, Mtume’s platinum-selling radio hit would be sampled liberally on one of the Notorious B.I.G.’s debut singles, “Juicy.”

Mtume recalled his first meeting with then-Bad Boy Records honcho Sean “Puffy” Combs and an unknown Christopher Wallace brokered by Uptown Records CEO Andre Harrell. “So Biggie came in and we hugged,” Mtume recounted during an appearance on Sway’s Universe a few years back. “[He was] a sweetheart, man. So Puff says, ‘I want to sample ‘Juicy Fruit’ … Puff and I worked it out. He said, ‘You get a dollar, I get 50 cents.’ Why was that deep? Because back then a lot of the cats that was creating the music wasn’t getting paid.”

Like many musicians of his generation, Mtume believed artists deserved to be compensated for their sampled work during rap’s golden era. “If you are going to use somebody’s music, you got to pay ’em or put your own music on it,” he said. “That’s like if I took your rap and put it on top of my song … that don’t make it my song. That’s our song.”

Mtume’s music would go on to be looped by the likes of Jay-Z, Nas, Redman, Lil’ Kim, Jean Grae, Common and Fat Joe. Unlike some of his old-school peers, he saw hip-hop as a viable art form, crediting his son with helping him learn how to listen to the counterculture soundtrack. Mtume even likened Public Enemy’s “Bring The Noise,” a 1988 track exploding with a complex collage of patchwork sounds to the harmonic dissonance of jazz pianist Thelonious Monk. 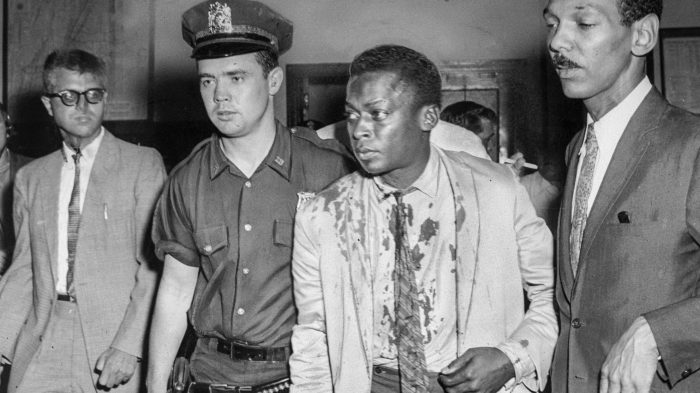 While Mtume was blessed with the musical gene, he was also a standout swimmer who attended California’s Pasadena City College on a scholarship. While there, he became immersed in the late ’60s Black Power movement, joining the US Organization, led by activist Maulana Karenga, who would go on to conceive the Kwanzaa holiday. This was the period when James changed his last name to Mtume (which means “messenger” in Swahili).

It was time for a shift by the late ’70s, as Mtume linked up with longtime musical partner Reggie Lucas, whom he had previously played with in Davis’ band. The duo wrote Roberta Flack and Donny Hathaway’s classic 1978 R&B ballad “The Closer I Get to You,” which became a crossover hit on the pop charts, and the joyous “Back Together Again.”

There were more artistic and commercial triumphs that Mtume coined “sophistifunk,” most notably Phyllis Hyman’s romantic dance floor stunner, “You Know How to Love Me” (1979), and Stephanie Mills’ Grammy-winning “Never Knew Love Like This Before” (1980). Mtume, the band, continued the composer’s momentum, staying busy into the next decade. He also flexed his prodigious chops as the music supervisor on the ’90s TV police drama New York Undercover. 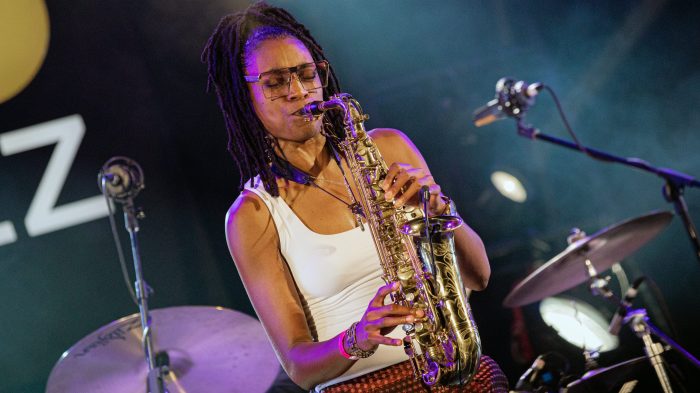 At the same time, he was passionate about discussing current events, serving as co-host on New York’s long-running 98.7 Kiss FM live call-in radio show The Open Line, where Mtume tackled such issues as police brutality, the buildup to the Iraq War and presidential politics.

Following his death, an outpouring of tributes flooded social media, from Chuck D of Public Enemy to heartfelt words from Lisa Lucas, the daughter of Mtume’s songwriting brother-in-spirit Reggie Lucas. Roots drummer Questlove posted on Twitter, “It’s really not doing justice listing accomplishments. … Thank you James Mtume for all the wisdom & love & respect you’ve shown me & my brothers over the years.”

On Instagram, Mills called Mtume an “amazing music mind.” And influential hip-hop producer DJ Premier, who sampled from Mtume’s score for the 1986 film adaptation of Richard Wright’s landmark novel Native Son, praised him as an “icon.”

Last year, Mtume made one of his last public appearances on DJ Cassidy’s Pass The Mic series with vocalist Tawatha Agee for a spirited performance of “Juicy Fruit.”

It called to mind his Red Bull Music Academy interview from several years ago: “If my music has inspired anybody, the thing I would want them to be inspired to do is pick up the baton, because this race is not finished,” he said then. “All you need is to have your imagination excited.”