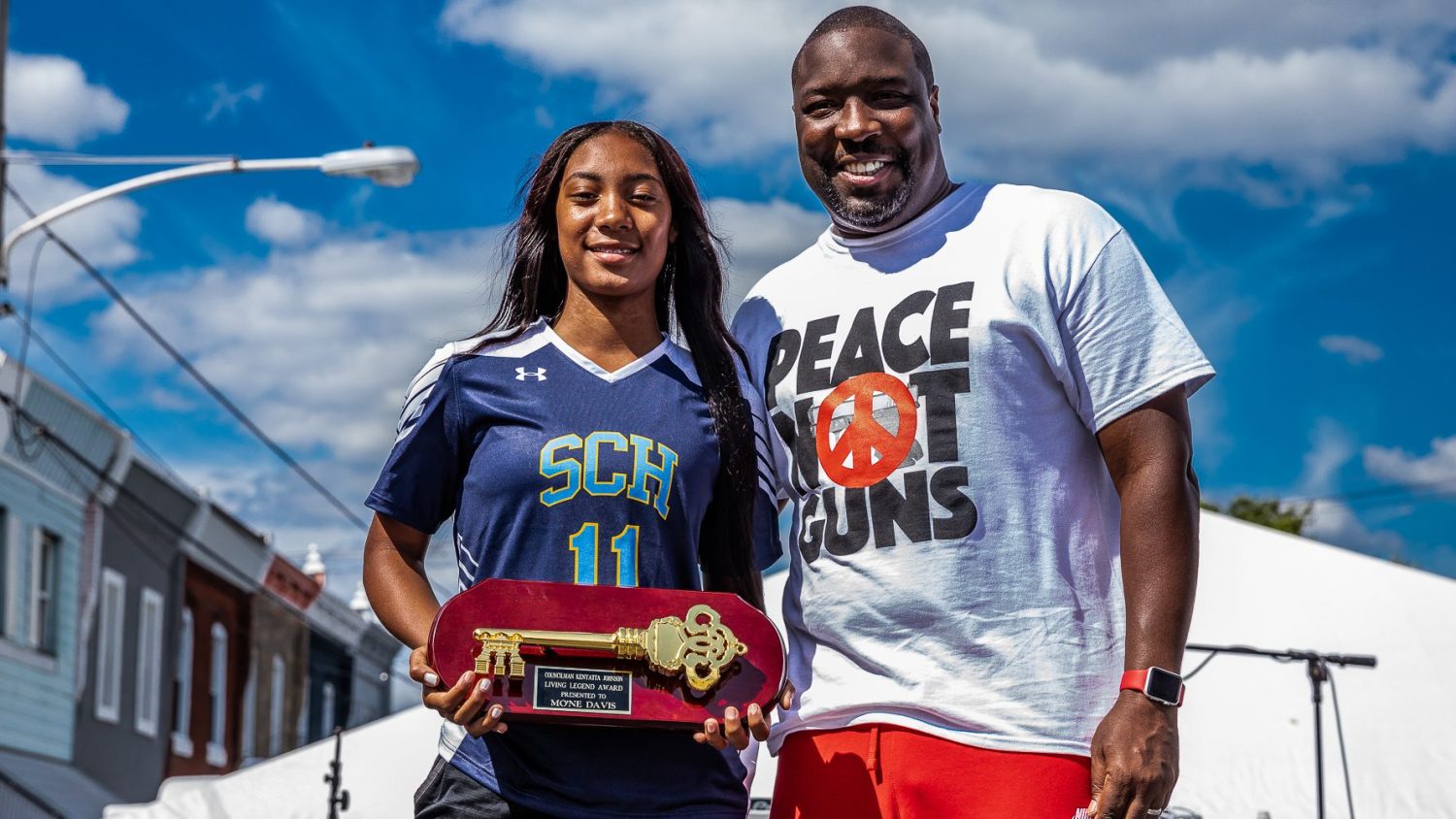 It’s been four years since Mo’ne Davis hurled her way into the annals of the Little League World Series and the hearts of the sports world.

Armed with a 70-plus mph fastball, the 13-year-old right-hander completed six innings of two-hit, eight-strikeout baseball to lead the Taney Dragons of Philadelphia to a 4-0 win over South Nashville in South Williamsport, Pennsylvania, in 2014. She was the first girl to win a Little League World Series game as a pitcher and the first girl to toss a shutout in little league postseason history.

“I think back on it now and it’s really like a blur,” said Davis.

Time magazine named her one of “The 25 Most Influential Teens of 2014.” Sports Illustrated Kids named her “SportsKid of the Year” for 2014. Spike Lee directed and produced a documentary on Davis titled I Throw Like A Girl. League MVPs Mike Trout (MLB) and Kevin Durant (NBA) sent her congratulatory messages.

She participated in the 2015 NBA Celebrity All-Star Game in New York. She released a memoir in 2015 that was written with Hilary Beard, Mo’ne Davis: Remember My Name: My Story from First Pitch to Game Changer. And to top it all off, she received words of encouragement from the president and first lady.

“Barack and Michelle Obama just said to keep going, that I inspire a lot of people,” said Davis. “That’s something that will always stick with me.”

When the Philadelphia Phillies and the New York Mets played a special regular-season game during the Little League World Series this past August, Davis was a special guest. She’s considered royalty in Williamsport, which is about 177 miles northwest of her hometown of Philadelphia. Fans seek her out for autographs and selfies, and she accommodates their wishes.

Through it all, her humility has left a lasting impression.

“It’s just Mo’ne’s demeanor, and it’s all about respect,” said her mother, Lakeisha McLean. “I always teach her and my other children your name is all you have, so carry it right. I tell her no matter the fame, the money you have, your looks, if you don’t have a good attitude, you won’t make it far.”

Playing baseball has no doubt made Davis famous. Her Taney Dragons jersey is in the National Baseball Hall of Fame and Museum in Cooperstown, New York.

But right now is another pivotal moment in her athletic career.

Davis is 17 now and in her senior year at Springside Chestnut Hill Academy in Philadelphia. She still loves baseball but is a Division I basketball prospect who once expressed interest in attending the University of Connecticut.

“When she was younger, there was a chance that she’d be good enough,” said Mike Flynn, a national talent evaluator and a member of the McDonald’s All-American selection committee. “But things have changed. She’s older now, and the kids who were with her then, skillwise, have passed her. She’s still a Division I-caliber player, but not necessarily the type of player that UConn would be interested in.

“While she’s been playing baseball, many of the kids she was with skillwise four years ago have continued to play and concentrate solely on basketball,” he added. “That’s not a knock on her, it’s just something that happens.”

Davis, who aspires to be a broadcaster, doesn’t take the criticism personally.

Davis said she still wants to play college basketball and has also expressed interest in playing college softball, according to Steve Bandura, who is Davis’ baseball coach on the Anderson Monarchs and first saw her athletic potential when she was 7. Bandura believes it’s a good thing that she’s keeping her options open.

“She’s no secret anymore,” said Bandura. “She’s a good player. She’s not a novelty anymore. She’s gotten a lot of publicity, but she’s just another player.”

Davis is taking it all in stride. She said she’s just enjoying being a teenager, competing in school sports and hanging with friends. And she also continues to be a role model for youngsters and grown-ups.

“Mo’ne Davis is an exceptional inspiration to kids across our city that you can achieve anything you put your mind to despite obstacles that may seem to be in the way,” said Philadelphia City Council member Kenyatta Johnson.

Said Davis: “I always say I have a different mind like everyone else. I have a mindset that is older than I am. I think about [doing] the right things. I like to think about things before I do them. Whatever my guts say, I do it.”