Not being drafted by WNBA has fueled her determination

Shakyla Hill is heading to Serbia. Grambling’s former quadruple-double queen will take her throne overseas after not being drafted by a WNBA team earlier this year, as she signed a deal with ZKK Kraljevo, which plays in Kraljevo, Serbia.

“I’m so excited. I needed to go somewhere where no one knows me,” said Hill. “This is going to push me out of my comfort zone to where I go 10 times harder than before because I’m trying to make sure I get an opportunity to play in the WNBA.”

In her last two seasons, Hill made headlines by recording two quadruple-doubles, a feat that hadn’t happened in women’s basketball in 25 years. While averaging 15.7 points, 7.2 rebounds, 4.7 assists and 3.8 steals, Hill led Grambling to two Southwestern Athletic Conference (SWAC) tournament appearances and won the 2018 SWAC tournament MVP award. Her relentless hustle and ferocious play earned her the nickname “The Big Dog” from her teammates.

It wasn’t always like this. Grambling head coach Freddie Murray has seen Hill’s growth firsthand. “At first, Shakyla was like a deer in the headlights, but when she got comfortable her confidence was unparalleled.” 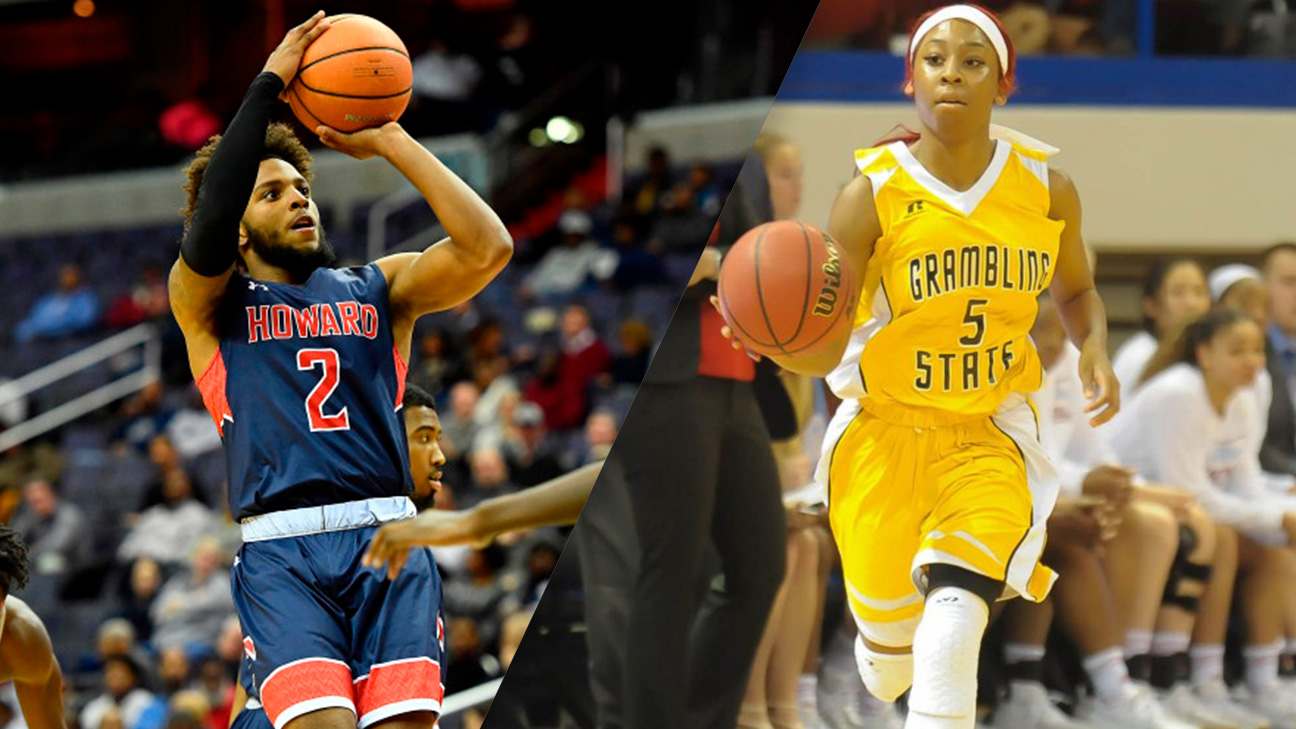 Heading into the 2019 WNBA draft, Hill heard that she would likely be a ladder pick. Some draft sites projected her as a third-round pick. But she received no calls.

With only three rounds and 36 picks in the WNBA draft, being selected is a huge but rare honor. Earlier this year, the NCAA released a report stating that less than 1% of players who qualified for the WNBA draft would end up on a team.

She expected to receive an invitation to a team’s training camp, but when none came, it was devastating and took a toll on her emotionally. As a result, Hill developed serious doubts about playing basketball and took a two-month hiatus from the game.

“It humbled me to the point where it broke me,” she said. “Coming from the women’s basketball world where you’re a star and putting your all into the game but not being repaid, I needed that break.”

“Have the mindset that you will show people that if you give these young black women an opportunity to play for their people at an HBCU, they will exceed expectations.” — Shakyla Hill

So what did Hill do during her time off? She traveled across the U.S. and caught up on some things she missed while being a student-athlete. “I kicked it; I needed that break,” she said. “I did the things I didn’t get to do in college because of basketball. The things I should’ve done in four years I probably did in two months.”

When she returned to the court, Hill worked out at GameFace Training in Minnesota. “The facility was full of athletes of all sports who didn’t have the opportunity to play the game they loved like I had at Grambling, yet they still trained intensely,” she said.

These athletes made her feel ashamed that she had given up so easily, and also refreshed her outlook and her approach to the game.

“I’ve always said, little girls need someone to look up to in HBCU [historically black college and university] athletics. Men have that already but women don’t, and young women need to know that you can be the one,” said Hill, her voice radiating optimism.

“Have the mindset that you will show people that if you give these young black women an opportunity to play for their people at an HBCU, they will exceed expectations.”

It’s important to her that women know they can succeed at HBCUs, a message she echoed to her underclassman teammates.

“She told me day one that it doesn’t matter where I’m at or where I play, if I have a ‘top dog’ mentality, the team will benefit,” said Candice Parramore, Hill’s sophomore teammate on the Lady Tigers. “I really look up to her for what she’s done here. She has been such an amazing teammate and an even better leader.”

Hill graduated in May and returned to Louisiana to sign her contract with ZKK Kraljevo in front of Grambling’s 2019-20 women’s basketball team. She says it’s important for women to know that all goals are still attainable if you attend an HBCU and you can still accomplish all of your dreams.

“Don’t be discouraged by me not being drafted. Maybe it wasn’t the right day or the right time, but that doesn’t mean it won’t work out for anyone else,” said Hill. “Look at Kayla White [a track star at North Carolina A&T]. She’s been breaking records in track and field. … HBCUs are underfunded, underprivileged and underestimated. It means all the more when you come out on top on a national scale.”

Takerra Parsons, Hill’s four-year teammate and best friend, added: “Anyone who knows Shakyla knows what she was about, what she represented and what she was capable of. We knew she could do this from the beginning. Her dedication and concentration has paid off, and I’m really proud of her.”

What led to Hill's contract with team ZZK Kraljevo https://t.co/gAKBaEKZbg

Her former head coach is already seeing the effects of Hill’s success. Murray has seen recruiting interest in the Lady Tigers basketball team rise rapidly since Hill’s departure. He believes the school is only a player or two away from recruits flocking to the school.

Four years ago, Hill didn’t have many collegiate offers out of high school, but Grambling took a chance on her and never looked back.

“I owe them everything,” said Hill, who began to speak faster with excitement. “The family that I’ve built here is unmatched. They gave me an opportunity when no one else did.”

After the quadruple-double, big-time schools began to contact Hill about transferring, but she stayed put. The decision was an easy one. “They didn’t want me then, you don’t get to have me now,” Hill said. The love that Hill has received and the legacy she’s leaving behind at Grambling is far too special to her.

“My love for my supporters will never change. I’m out here to prove that HBCU sports belong in the same room as anybody else. … It’s the biggest chip on my shoulder that I carry.”

“My love for my supporters will never change. I’m out here to prove that HBCU sports belong in the same room as anybody else. … It’s the biggest chip on my shoulder that I carry.” — Shakyla Hill

Hill is heading to Serbia on Monday for training camp with her new team. She’ll have a little under a month before the season begins on Oct. 2 but said she is nervous about the transition to Serbia. “I don’t speak anything but English. I’m nervous about the language barrier, the weather difference and really about the whole thing,” she said.

The ZLS is a 12-team league of Serbia’s top teams and is the premier pro basketball league in Serbia. The WABA League is a top-level regional basketball league featuring 12 teams from Serbia, Montenegro, Bosnia and Herzegovina, Bulgaria, Slovenia and Macedonia.

One thing has remained certain: The Big Dog has reached a higher level of focus on her game and her career. “When I get back, the first people that give me a chance are the people I’m going to go the hardest for,” she said. “This might not be how I wanted to go about getting to the league, but I’m going to get there, and when I do, it’s over for everybody.”

Randall is a 2019 Rhoden Fellow and a senior journalism and communications major from outside of Chicago and Columbus, Ohio. He is a former Bloomberg intern and is the sports editor for the Hampton Script. He 100% believes that “Avatar: The Last Airbender” is the greatest cartoon of all time.