For Glenville’s Ted Ginn Sr., a state championship means so much more

“We’ve proven that we’re intelligent enough and not just athletic enough, and maybe we can get rid of the stigma that many kids from our area have,” Ginn said. “That’s for other people, because we never thought any of [those stereotypes] were true. That’s what some assumed, and we had to show them.”

There was plenty to see Thursday morning as the city of Cleveland celebrated Glenville’s championship with a motorcade a half-mile long that traveled the seven miles from the high school to Public Square Auditorium downtown. Of course, the event didn’t compare to the city’s celebration of the Cleveland Cavaliers NBA championship in 2016, but it was just as important and exciting to many in the estimated crowd of 1,100 who honored the team at the rally.

“I’m here to represent my classmates from 63 years ago,” Lucas said. “This is a great joy to see our high school have this kind of reception and this kind of event. I’m thankful.”

So was Cleveland mayor Justin Bibb, who praised the team shortly after its state title victory, and from the podium Thursday.

“On behalf of the great city of Cleveland, this team has made everybody proud,” Bibb said. “It’s a big deal for Ted Ginn Sr. and for all he’s done for our city for over two decades. It’s a dream come true for me as mayor to see these young boys get this amazing achievement.”

They were all there to salute Glenville’s 26-6 victory over previously unbeaten Cincinnati Wyoming to win the Ohio Division IV title at Tom Benson Hall of Fame Stadium in Canton.

It was the first football state title by a Cleveland Metropolitan School District team since the Ohio High School Athletic Association playoffs started 50 years ago. Glenville (15-0) previously qualified for the state playoffs 19 times, which included runner-up finishes in 2009 and 2013. In 1999, Glenville became the first Cleveland Public School to earn a playoff berth.

“That’s amazing when you can get a school like Glenville that can win a state championship [because] it can allow a lot of inner-city kids, for one, to believe they can win as well, be seen and be heard,” said James, who was also an All-State wide receiver. “This is special. Seeing the success they had to make a state run to bring a championship back to the city and inner city brings a lot, not only to the sports side of it, but to the community in general.” 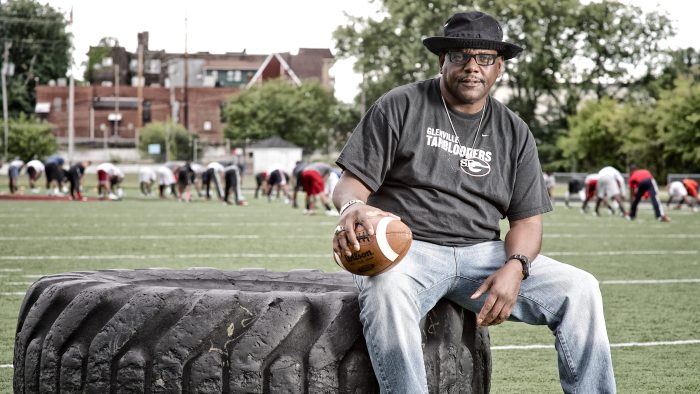 This state title is especially meaningful for Ginn, 67, because he was diagnosed with pancreatic cancer in 2012 and doctors weren’t confident he would survive . The one-year survival rate is 20%. He even spent a week on life support.

“The doctors wrote me off,” said Ginn, who spent two months in the hospital. “They said to my wife, ‘I don’t know why you’re sitting by his bed, because he’ll never wake up.’ ”

Ginn made a major breakthrough when his son, Ted Ginn Jr., who was playing for the San Francisco 49ers at the time, made a surprise visit.

“I thought I was going to lose my father,” said Ginn Jr., who played 14 NFL seasons. “I wanted to be the first person he saw when he woke up. He looked at me when I walked in. The doctor said my dad hadn’t recognized anyone for the last 40 days until I came into the room.”

The connection helped father and son. Ginn began his march back to health, and Ginn Jr. was able to draw strength from his father’s recovery.

“I needed my Pops,” Ginn Jr. said. “I’d have situations going on in football and it was helpful to talk with him.”

And after Ginn underwent several surgeries, including the removal of his spleen and half his pancreas, Ginn Jr. saw a rebirth in his father.

“He got his health back together and his life back together,” said Ginn Jr., who is involved in the family business in coaching and running Ginn Elite, a youth football and track and field organization. “He was away from his school and football team, and he got right back to work to help these kids.”

Since 1997, when he became the head football coach at Glenville, Ginn dared to dream while in the midst of all of the challenging circumstances associated with leading a football team in an urban setting. Cleveland is ranked in the top 10 cities nationally for violent crime and is one of the poorest major cities in the country.

Ginn’s hire also came with criticism because he was a former assistant and the school’s security officer. Naysayers didn’t give Ginn much of a chance to develop any tangible success, although the neighborhood and school produced actor Ron O’Neal, comedian Steve Harvey, and Jerome Siegel and Joe Shuster, the creators of comic book hero Superman.

“They figured we were just some inner-city school and no one would ever care,” Ginn said. “Those people back then told me that they couldn’t ever see how I could accomplish my goal of winning a state championship. Unfortunately, a lot of those people are dead and gone, and I wish they were still here so I could show them this group of kids.”

This state championship team is the result of Ginn’s 25 years of work. He slowly built his program with some of the same tough love and discipline on which he was raised before moving to Cleveland with his mother from Clifton, Louisiana, when he was 11.

“Being raised by my mother, who helped me learn my worth and understand the spiritual side, led me to what I’m supposed to do,” Ginn said. “As a Christian, when we are saved, we are now responsible to serve. That’s what I was taught and that’s what I always believed I had to do.” 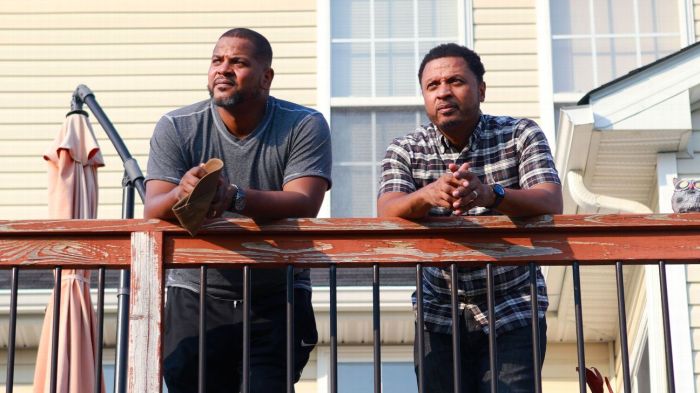 And Ginn has done plenty. While developing his football players and building a track and field dynasty that has amassed 17 state titles, he began a yearly summer bus tour, when he took players to college camps. Pierre Woods, who played for Michigan and in a Super Bowl with the New England Patriots, Heisman Trophy winner Troy Smith and Ginn Jr. were among Ginn’s first players on those road trips.

“It’s scary to think what could have happened if I wasn’t here with a plan or an idea,” Ginn said. “Can you imagine what would’ve happened to many of these kids over the past 22 years?”

Scholarships and potential NFL contracts are all good, but Ginn wanted to impact more lives for children who struggled with many of the issues that often plague poor Black communities.

In 2007, Ginn opened the Ginn Academy, where he’s the school’s executive director. The all-boys school is a part of the Cleveland Metropolitan School District. It’s the first all-boys public school in Ohio. Discipline is paramount, starting with a dress code that requires students to wear suits and ties. Basketball is the only varsity sport offered at Ginn Academy. Students at the academy are eligible to play football at Glenville.

The school has a 9-12 grade enrollment of about 350 students and uses a curriculum that includes an emphasis on science and math. Ginn Academy has a graduation rate of 92%, compared with 76% at the rest of the schools in the district. At least 1,000 former Ginn Academy students have attended college, entered the workforce or joined the military.

“We get back to the basics of training, the importance of family and church,” Ginn said. “I use football and track and field as a tool.”

And Ginn will continue to use those tools long after football season.

“My work is just beginning,” Ginn said. “I have 20 seniors whose futures I need to be concerned with. Football is just a game. The lives of these kids are what I am most concerned about — and making sure they have the things they need.”