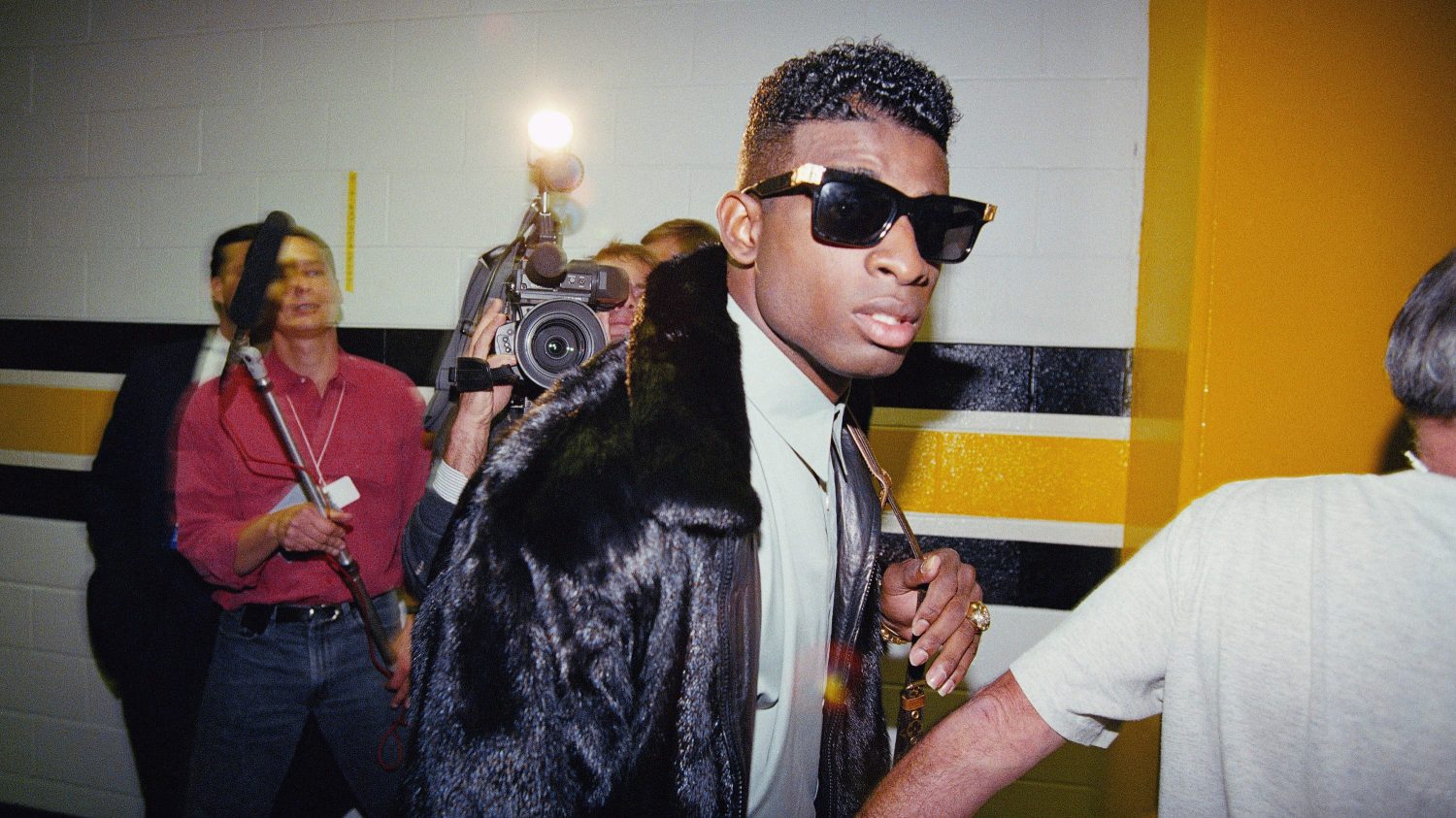 Deion Sanders of the Atlanta Braves leaves Three Rivers Stadium in Pittsburgh to rejoin the Atlanta Falcons for an NFL game on Oct. 10, 1992. Sanders struck out in a pinch-hit at-bat in the Braves’ 6-4 victory over the Pittsburgh Pirates in the fourth game of the National League Championship Series. Doug Mills/AP Photo
Cricket Celebration Bowl

As an player, he was one of the first to dictate where he wanted to play in the NFL

ATLANTA — It was a few months before his senior collegiate season when Deion Sanders took a flight to Atlanta for a football function.

By the time he arrived at the hotel, he had fallen in love with Atlanta.

“You still gotta a little ignorance in you. You may wanna come here because it seems as though they would understand you and your growth.”

Then Sanders made it happen.

The 1989 NFL draft featured a ton of star players and future Hall of Famers, otherwise Sanders probably would’ve been the first or second player selected instead of the fifth.

“I told teams don’t draft me. I’m playing baseball,” said Sanders, a star on Florida State’s baseball team, too. “We wanted [Troy] Aikman to go first because he would set the curve with all the money.

“Back then, he was dictating terms when terms couldn’t be dictated,” said ESPN reporter Chris Mortensen, who covered the Falcons and the NFL at the time.

Atlanta and Sanders went together like butter and grits. He loved everything about the city whether he was visiting nursing homes and schools, partying at clubs or trying to get business deals done.

The Falcons didn’t have many stars to cheer for over the years.

Their best quarterback from the franchise’s inception in 1966 until Sanders’ rookie year was Steve Bartkowski, who had 156 touchdown passes and 144 interceptions in 11 seasons.

Sanders became the franchise’s most exciting player before he ever played a game. 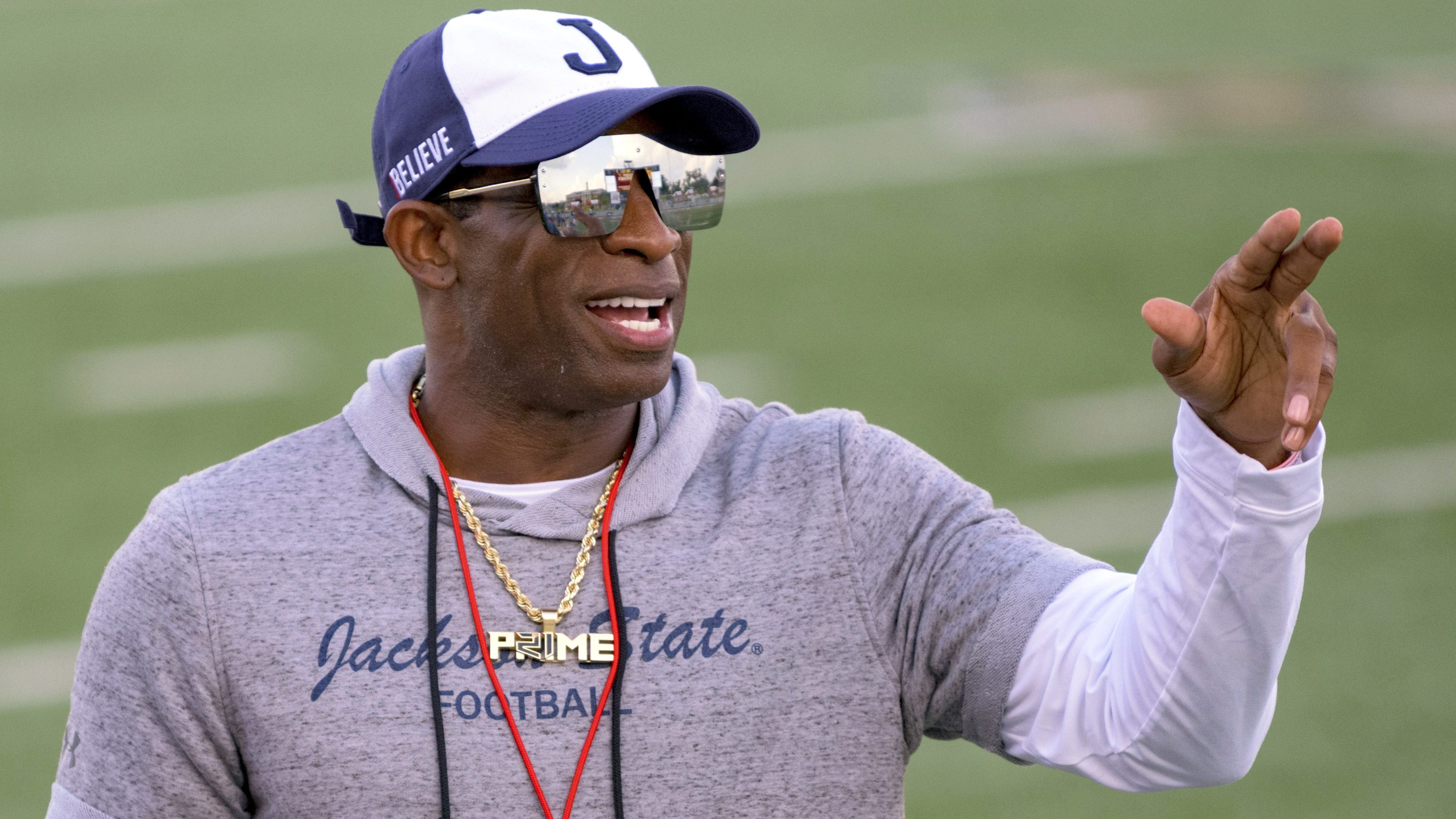 “I loved the whole vibe. The whole rhythm. Everyone was for everyone. If you showed promise and tried to do it right, Atlanta would ride with you,” Sanders said. “Atlanta would have your back.

“The traffic was so bad, especially after baseball games. I used to cut through the ’hood and get out and play ball with the shorties all of the time. Then my shoes hit, and I used to ride through just to see if I was popping. The ’hood will let you know expeditiously what’s hot.”

Once the 1989 season began, Sanders quickly electrified the city by returning the first punt of his NFL career for a touchdown.

In his first game, Sanders walked out to return a punt to a mixed reaction. He started waving his arms in the air, signaling the crowd for more noise, and the boos dissipated.

A penalty forced a rekick and the same scenario took place. Sanders, after initially fumbling, returned the punt for a touchdown.

“I think people were basically seeing Muhammad Ali in a football uniform. ‘I told you who I am. There’s a reason I sell tickets.’ That moment is one of my top 10 moments covering sports, and I’ve covered them for 50 years,” said Mortensen.

“I had never heard that stadium that loud. The circumstances leading up to it and the fans not figuring out who they were — and then he proceeded to be everything and more than everyone expected,” said Mortensen, who attended the game with his son.

Sanders provided a treasure chest of highlights and game-changing plays over the next five years.

He intercepted 24 passes, forced seven fumbles and recovered six others. He also returned two punts and three kickoffs for touchdowns.

And then was gone.

“I love the city. It broke my heart,” said Sanders, “when I was traded from the Braves [to Cincinnati] and never even offered a contract by the Falcons.”

Mortensen said he doesn’t know why the Falcons never offered Sanders a contract.

“Deion became the first guy to truly market himself and a franchise. That’s why it was absolutely shocking they didn’t do everything they could to keep him,” Mortensen said. “You put that on ownership and you can read into that whatever you want.”

He’s returning as the Eddie Robinson Award winner and 2021 FCS Coach of the Year after going 11-1 this season and having just convinced the nation’s No. 2 player, cornerback Travis Hunter Jr., to decommit from Florida State to sign with Jackson State.

No five-star player has ever signed with a FCS school.

Jackson State, which won the Southwestern Athletic Conference (SWAC) title for the first time since 2007, will play South Carolina State in the Cricket Celebration Bowl on Saturday.

Sanders, though, would love nothing more than to win a Black college championship in the city synonymous with his name.