For a few minutes, we watched director Ryan Coogler endure the trauma of anti-Blackness

On Thursday, I sat at the dining table in my hotel room in Nashville, Tennessee, trying to write. I took two sips from my coffee and looked out my window, watching two men laugh as they talked about a high school football game.

“I haven’t watched,” she said.

I understand why. She once watched a video of the time a white man took pictures of me during my run, telling me I didn’t belong in his neighborhood, before scampering into his home to do something. My wife has also seen countless videos of police gunning down or beating down unarmed Black people. So, it’s no surprise that when I asked if she had seen the video of law enforcement officers detaining director Ryan Coogler at a Bank of America branch in the Buckhead neighborhood in Atlanta, she hadn’t. The trauma of anti-Blackness does that to us: We try to pay attention, but it often costs a lot more than we can afford to give. It does not just harm us and police us. That harm and policing of a Black man, in this case, tramples our civil rights, erases our feelings, and forces us to relive moments of trauma we would have otherwise wanted to forget. 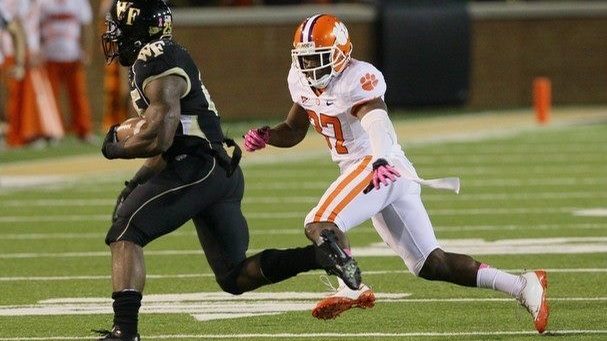 The video of Coogler standing in front of the bank teller, minding his own Black business while officers approached him from behind, felt like the beginning of a horror film Black people have seen way too many times. After being asked for a “favor” from the cops, one officer quickly unholsters his gun. “Come this way … put your hands behind your back,” an officer says to the Black Panther director.

Apparently, after having done something as normal as requesting to take money out of his own account, Coogler was mistaken for a bank robber — all because he wrote a note on the back of his withdrawal slip in the hopes that he could remain safe. After all, taking out $12,000 cash can make anyone a target, and Coogler wanted to avoid being robbed. Instead of the familiar camaraderie that we sometimes feel when we’re Black in public together, the Black female bank teller called the police on the award-winning director. Coogler was detained.

“I need you to understand,” one officer says before telling Coogler what he should have done as they stood outside the bank. “Have you ever considered speaking to them about what it is you were trying to do?” the officer asks, chiding Coogler for not asking to speak to a manager to take out his money. Despite showing his identification and bank card, somehow this whole thing was seen as Coogler’s fault. He was not only thrust into the position to advocate for himself, but he also had to do so in front of two people — two police officers, no less — who believed they knew better.

“What’s my perspective?” he asks the officers to understand where he’s coming from. They didn’t respond.

I couldn’t watch anymore. In a span of 22 minutes, Coogler had been questioned, detained, blamed, erased, silenced and then humiliated.

Perhaps that’s what I can’t get out of my head and what really breaks my heart: the humiliation.

I mean, if we aren’t safe from anti-Blackness in places like Atlanta — Black Atlanta, with Black people owning homes and companies and running businesses and city politics and making more bread than I can ever dream of having — then what will protect us? The truth is, none of it is enough to guard against the ways we have all been trained to view whiteness as sacred, but look at Blackness with suspicion. And when I saw that video and Coogler’s reaction, his mouth said a lot, but his body said so much more — none of us are safe.

Ten years ago, I was leaving a bar in Greenville, South Carolina, after having seen one of my friends play a gig. My Clemson sweatshirt, the ones we were given as a football team to wear before games, couldn’t stop the penetrating chill of that evening or the cold looks of the cops who stopped me just 15 minutes later.

“You were driving suspiciously,” an officer said. I was just trying to make it home. Then, one cop appeared. Then another. And another. As I was sitting in my car, calling my mother, a police officer shined his light in my face, looking at me and then back to another officer.

“With a vehicle like yours, you don’t want to be driving out here this late. Your car looked suspicious. Your car is the type of car that drug dealers drive. I had to make sure you wasn’t a drug dealer,” he explained. I was driving a black 1995 Honda Accord with tinted windows, trying to find my way to U.S. Route 123 to get home. “You’re free to go,” he finally said. But what he didn’t realize is that I was already free, and could go wherever I wanted, but he impinged on those freedoms because he had the power to do so.

Let’s be clear about this: Anti-Blackness is never far away. And racism is not just about white men in white hoods doing terrible things to Black people. It is also about the ways in which we, Black people, can also treat other Black folks as criminals without any concern of what can happen or how much it takes from us. “You were born where you were born and faced the future that you faced because you were Black and for no other reason,” James Baldwin writes in the intimate reminder to his nephew in The Fire Next Time. “The limits to your ambition were thus expected to be settled. You were born into a society which spelled out with brutal clarity and in as many ways as possible that you were a worthless human being.” 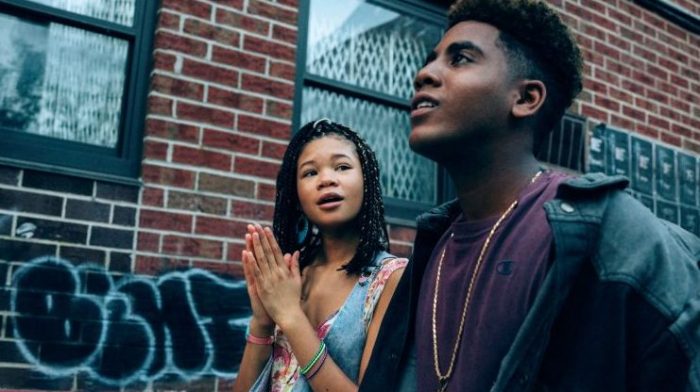 And that clarity and those limits and that worthlessness is not just policed by white people. It is also policed by people who look like us and we need to be freed from it. Baldwin is clear, this is not a given. It is something we have learned and have been forced into.

This world forces Black people to endure much more than we ever should.

Black people should not have to be perfect or seem perfect or say and do the “right” things in order to just simply exist.

Coogler did not deserve that. None of us do.

Every effort to find the right words for what I felt in my body as I watched that video have failed me. I am simply angry — angry that he had to endure that, and angry someone Black was the catalyst for his pain. I am angry how he has been blamed, and angry others will use his story as a weapon against others in our communities — like Black women and LGBTQ people — who are silenced and erased. I am angry that what should have been an easy transaction became a traumatic experience. I am angry that I have to talk to my son about what could happen in your home, in your car, in your school, and now, at the bank.

But more than anger, I feel a profound sadness and a deep compassion for Coogler and so many like him, like me.

We don’t just deserve to be free; we deserve to live and create and fail and dream and be ordinary in peace.

“The situation should have never happened,” Coogler said in a statement to Variety. “However, Bank of America worked with me and addressed it to my satisfaction and we have moved on.”

That this incident happened as he is finishing up the sequel to the blockbuster hit Black Panther is not lost on me. Sadly, to do what we have to do and create what we have to create, we are forced not only to endure racism but also not be stopped by it. I don’t think anyone should have to be so superhuman and fantastic to have to move in the world that way.

That makes us human.