TALLAHASSEE, Fla. – During the 2021 volleyball season Florida A&M University was new to the Southwestern Athletic Conference (SWAC), and 5-foot-11-inch outside hitter Dominique Washington was new to FAMU after transferring from Georgia Tech.

After just one season in the conference, the Rattlers won the SWAC championship, becoming the first FAMU athletic program to bring home a SWAC title. Washington was named SWAC Player of the Year and Newcomer of the Year after ranking third in the nation for total kills (564), fifth for kills per set (4.99) and points earned (626), and seventh for points per set (5.54).

After achieving a 15-1 conference record this season, the Rattlers will defend their SWAC volleyball tournament title starting Friday at Texas Southern University. They are looking to Washington to help them repeat. 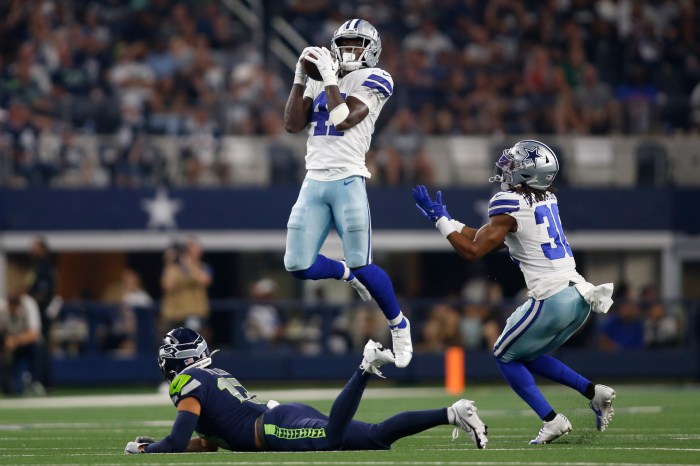 Washington moved to 10th place on FAMU’s all-time career kills list on Nov. 6 and leads the team in both points and kills, accumulating 443.5 points, 391 kills, 32 aces and 22 assists this season.

“Since we play some of the top teams twice, like Jackson State and Alabama State, just playing those teams definitely prepares us for the tournament,” Washington said. “Those are going to be our biggest competitions going into it. So, I think we’re really excited, trying to stay calm, not getting too anxious.”

“She’s a player that knows that although she’s good, she still has to work hard, and she does that,” Yilmaz said. “To my experience, anytime you have that on your team when your best players are working hard, it pushes everybody else to do the same thing, too.”

Washington said she tries to lead by example.

“I wouldn’t say I speak too much, only when needed. I’ll tell my setter, for example, that if she needs me, she has me. She can set me on the court, and I’ll take care of the play for her if we need to get to the next point or get to the next rotation,” she said.

“I try not to be a leader that yells out things in demeaning ways. I try to be very inclusive; our team doesn’t have roles or levels where one person is higher than the other. … I don’t think leaders need to be superloud or tell people what to do.”

Before enrolling in FAMU’s master’s degree program, Washington played for Georgia Tech as an undergrad from 2017 to 2020. On the last day of her freshman preseason, she fractured her knee, putting her out of commission for the rest of the season.

“I had a good opportunity to play at the time, but I didn’t play much from then on. I played about one season out of four. I was on the sidelines a lot during undergrad … I learned a lot from it,” she said. “I wouldn’t change anything because I got a lot of techniques and skills that I don’t think I would have gotten at other schools … you learn so much sitting on the sides, and in turn, it really helped me especially playing these last two years at FAMU.”

Washington said her experiences at FAMU, a historically Black university, vary greatly compared with her time at Georgia Tech.

“Coming from Georgia Tech, it was a PWI [predominantly white institution], so I was excited to come to FAMU for a change in culture and the experience as well,” she said. “The support at FAMU is so much different than my old school in terms of alumni support and on-campus athletics. At my old school, it was celebrated if you did well with sports, but here it’s different, and I love it. Everyone is so much more welcoming.”

The close relationships she has created with her FAMU teammates are not something Washington takes for granted; she counts senior middle-blocker Aja Jones, who transferred from Florida Gulf Coast University, as her closest friend on the court.

The teammates bonded quickly, Washington said, talking while Jones was deciding to come to FAMU, and their friendship blossomed.

“[Washington] is very reliable and consistent. Those are really strong characteristics to have because you want to have teammates you can trust,” Jones said.

Just as her team relies on her, Washington said, she can lean on them for support in turn and considers playing and growing with them her biggest win.

“During preseason I think we were still figuring out how we were going to play together, because we got a lot of transfers in, but by the time [the] conference started, we clicked fast. I think we knew how good we could be, and preseason really prepared us for that because we played harder teams than last year,” said Washington.

“I think our team is calm and collected, but we also have fun. We’re an older team, so we know how to work when things get hard, and it’s a victory to have a cohesive team that doesn’t get too frazzled and stays focused. It’s hard to get a team that clicks well on and off the court, and I’m really thankful for that.”

Pam Rentz is a senior broadcast journalism student from Charles County, Maryland. She is the managing editor of FAMU’s campus newspaper, The Famuan.