During World War II, the black press campaigned for a double victory – over tyranny abroad and segregation at home

In the first few months following the attack on Pearl Harbor, many African Americans were conflicted about the war. Black men in Detroit were tearing up their draft cards, saying that if they must fight, they’d prefer to die in their hometown fighting the Ku Klux Klan.

“The Negro has been psychologically demobilized,” Roy Wilkins of the NAACP told men from the Office of Facts and Figures (later the Office of War Information) as he tried to help federal officials wrap their minds around why black men might feel disinclined to serve. When the meeting ended, a despondent Wilkins told his boss, Walter White, “It is a plain fact that no Negro leader with a constituency can face his members today and ask full support for the war in the light of the atmosphere the government has created.”

The frustration was personified in the winter of 1942 when James G. Thompson, a 26-year-old black cafeteria worker at the Cessna Aircraft Corporation in Wichita, Kansas, wrote a letter to the Pittsburgh Courier asking whether he should sacrifice his life to live half American and wondering whether life would be better for his children in the peace that followed victory, and, if not, was the present America worth defending.

“Would it be demanding too much to demand full citizenship rights in exchange for the sacrificing of my life?” he asked. 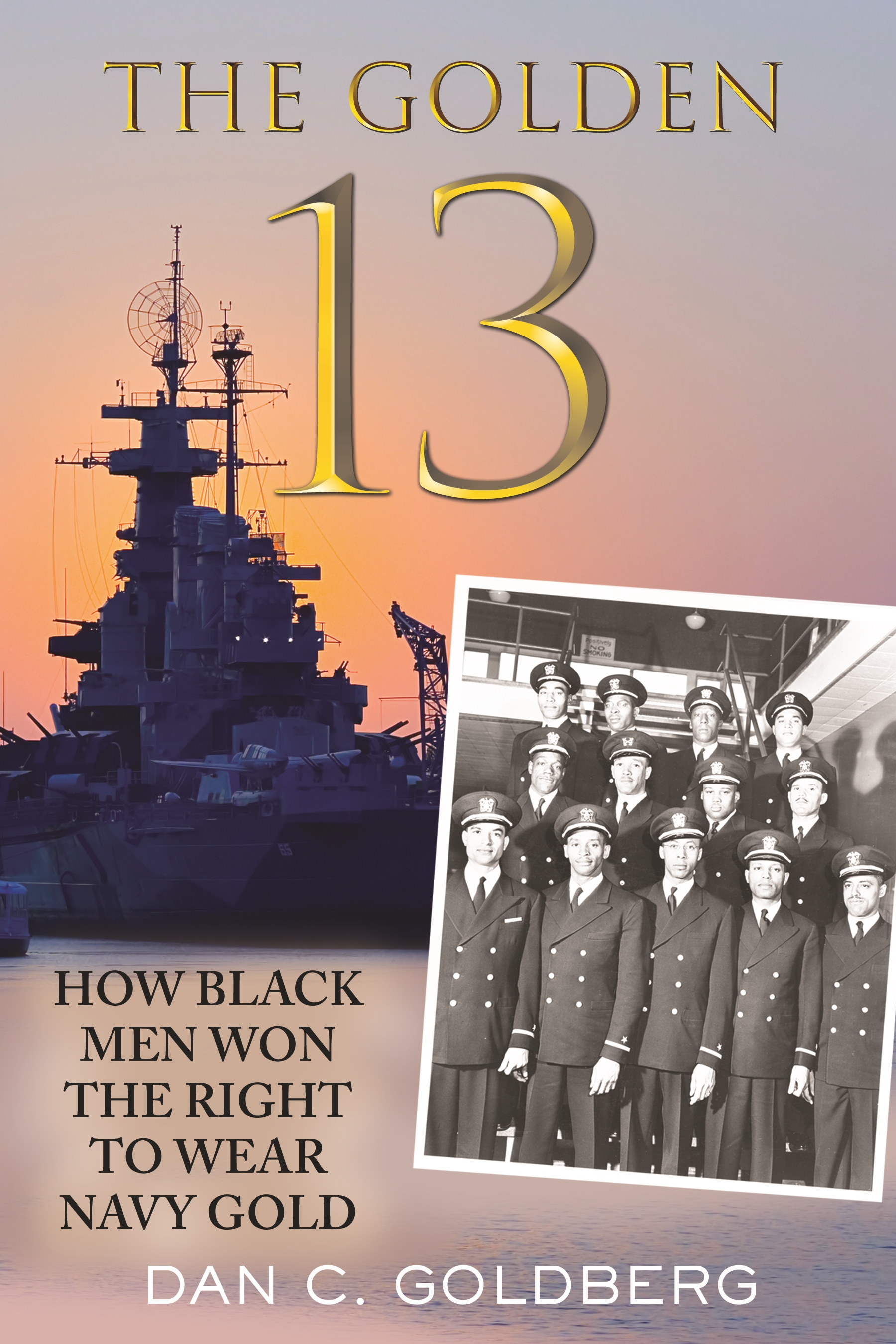 Thompson referred to the “V for Victory” sign on display in countries fighting tyranny. “If this V sign means that to those now engaged in this great conflict, then let we colored Americans adopt the double VV for a double victory,” he said. “The first ‘V’ for victory over our enemies from without, the second ‘V’ for victory over our enemies from within. For surely those who perpetuate these ugly prejudices here are seeking to destroy our democratic form of government just as surely as the Axis forces.”

The Pittsburgh Courier soon followed up on Thompson’s letter and announced a Double V campaign on its front page, and within a month the newspaper was routinely running several Double V stories, photographs and drawings. A Double V symbol was printed in the upper left-hand corner of the Courier’s front page, containing the words “Democracy. Double VV Victory. At Home — Abroad.” Between two large Vs was an eagle.

The campaign went the mid-20th century equivalent of viral. Soon, all of the other major African American newspapers adopted the slogan, as did Eleanor Roosevelt and two prominent Republicans, Wendell Willkie and Thomas Dewey (the latter of whom would win the nomination for president in 1944 and 1948). House Majority Leader John McCormack, the novelist Sinclair Lewis and Hollywood’s Humphrey Bogart, Ingrid Bergman and Gary Cooper all lent their support. Prominent black Americans were photographed flashing the Double V sign, including Marian Anderson, Adam Clayton Powell Jr., Roy Wilkins and Joe Louis’s wife, Marva.

The message was simple — a true victory over tyranny would not be won by the surrender of enemies. It would only be achieved by a renunciation of undemocratic principles everywhere: Europe, Asia and, most important, the United States.

The idea was summed up by one African American in North Carolina who said, “No clear-thinking Negro can afford to ignore our Hitlers here in America. I consider a man foolish who kills out mosquitoes in the street, and allows himself to be eaten up in his own bed by bed bugs.”

The Negro Baptist Council designated Easter Sunday, 1942, as National Negro Double Victory Day. A week later, the Courier printed a drawing of two people standing on a hillside looking upward at Christ, who is emerging from a cloud holding a V in each hand.

The Courier recruited 200,000 Double V members, making it one of the largest black groups in the United States. There were Double V bumper stickers, buttons, sweaters and beauty pageants.

The campaign aggravated federal officials who believed that black editors were making too much of segregation, riling up readers when the nation needed unconditional loyalty.

A free press was a privilege, George Barnes, a top aide at the Office of Facts and Figures, told his boss. “The Negro press is flagrantly abusing the privilege every day. Much of the material they print violates every tenet of honest journalism,” he said. “As long as the Negro press is permitted to continue its present practices with impunity, we can expect very little improvement in morale of the Negro population.”

Jonathan Daniels, Roosevelt’s wartime consigliere on racial matters, told the president that the desire among African Americans to use the war effort to further equality was disastrous and called the Double V campaign extortion.

Daniels’ father was Josephus Daniels, who had served as secretary of the Navy under President Woodrow Wilson and had been Franklin Roosevelt’s boss when the latter served as assistant secretary. Indeed, it was the elder Daniels who, in 1919, had moved to exclude black men from the Navy. Two decades later his son spoke for many in the White House when he said that he was “extremely disturbed” about the state of the “negro-white relationships” because he saw the “rising insistence of negroes on their rights now” conflicting with the “rising tide of white feeling against the negroes.”

Any threat to segregation — be it from black troops, Northern white liberals or the Roosevelt administration — only made Southerners cling to it more desperately.

“There’s no white man down here going to let his daughter sleep with a n—-, or sit at the same table with a n—- or go walking with a n—-,” Lloyd E. Foster, secretary of the Birmingham Chamber of Commerce, told the newspaper PM. “The war can go to hell, the world can go to hell but he ain’t going to do it.”

Alabama Gov. Frank Dixon refused to sign a contract with the federal government to sell cloth made in prison because the contract contained an anti-discrimination clause. “The war emergency should not be used as a pretext to bring about abolition of the color line in the South,” he said.

The White House was regularly reminded by the Southern voters, whom it needed to maintain a governing coalition, that treating black men as equals in the armed forces was not only bad policy but also bad politics.

In an eerily prescient letter, Eugene “Bull” Connor, Birmingham’s commissioner of public safety, told Roosevelt that support for equal rights would ruin the Democratic Party in the South. The Fair Employment Practices Committee, he said, was making black men “impudent, unruly, arrogant, law breaking, violent and insolent. There is no doubt that federal agencies have adopted policies to break down and destroy the segregation laws of … the entire south,” Connor wrote to the president as one loyal Democrat to another. “Unless something is done by you we are going to … witness the annihilation of the Democratic Party in this section of the nation, and a revival of organizations which will … destroy the progress made by law abiding white people. … Don’t you think one war in the south is enough. Help us before it is too late.”

The pundit Westbrook Pegler called the Pittsburgh Courier and the Chicago Defender “reminiscent of Hearst at his worst in their sensationalism, and in their obvious, inflammatory bias in the treatment of news they resemble such one-sided publications as the Communist Party’s Daily Worker and [Father Charles] Coughlin’s Social Justice.”

Pegler, whose syndicated column reached more than 6 million readers, would later be known for his opposition to the civil rights movement and writing for the John Birch Society. But in the early 1940s he was one of the most influential men in America. In 1941, he finished third in Time magazine’s Man of the Year poll, behind Roosevelt and the Russian leader Joseph Stalin. Now, he was saying the two leading African American newspapers were “dangerous … particularly in their appeal to colored soldiers whose loyalty is constantly bedeviled with doubts and with the race-angling of news.”

The Chicago Defender’s editors believed Pegler’s attack was “inspired by some of his friends in the Navy department who want to smear the Negro Press, and intimidate Negro editors,” and dismissed his editorial as the “emotional outburst of a disordered mind or the yapping of a stinking wet mutt.”

But Pegler and the Navy were not the only critics of the black press. The editorial slant had become so consistently critical that the War Department asked the Justice Department to consider indicting editors and publishers for sedition, and military intelligence said the black press appeared at times “to achieve the same result as [an] outright subversive publication.” FBI agents came to the offices of the Pittsburgh Courier “day in and day out” and recommended indicting its editors.

To forestall that possibility, John Sengstacke, the owner of the largest chain of black newspapers in the country, and Charles Browning, who worked in the Chicago Defender’s Washington office, went to meet with Attorney General Francis Biddle.

They were brought to a Justice Department conference room and arrived to find Biddle and an assistant sitting at a table upon which several black newspapers were displayed. The papers headlined the racial tensions in Fort Dix, New Jersey, and Tuskegee, Alabama.

These kinds of stories were hurting the war effort, Biddle said, and if the black press didn’t take on a more obsequious tone, he was “going to shut them all up.”

Looking at Browning, Biddle fumed over the Defender’s report of nine black soldiers who, while traveling through Alabama, had to wait 22 hours to eat because white restaurants and railroad stations refused them service.

The paper’s articles “came very close to sedition,” he repeated.

Sengstacke stared back at Biddle, holding his gaze to make sure that the attorney general understood that the next words out of his mouth were well-considered and supremely serious.

“You have the power to close us down,” Sengstacke said, “so if you want to close us, go ahead and attempt it.”

Biddle backed down, and over the next hour the men hammered out a detente. The attorney general promised he would not indict black publishers and Sengstacke said the black press would be “glad” to cooperate if reporters could have regular access to high officials such as Navy Secretary Frank Knox.

Excerpted from The Golden Thirteen: How Black Men Won the Right to Wear Navy Gold by Dan C. Goldberg.  Copyright 2020.  Excerpted with permission by Beacon Press.

Dan C. Goldberg is an award-winning journalist for Politico. Goldberg has researched the Golden Thirteen for over eight years to restore these men to their rightful place in history.