Don’t sleep on Rickie Weeks’ HBCU baseball career: He’s one of the greatest college players of all time

The recent game was held to provide some of the top stars at historically Black colleges and universities (HBCUs) with the platform to showcase their talent in front of dozens of Major League Baseball scouts and give them the opportunity to learn from some of the best in the game.

The highlight for many players during that week in June was the chance to meet and interact with one of the greatest college baseball players of all time: former Southern University and MLB All-Star Rickie Weeks.

“Participating in the event was a no-brainer,” Weeks said. “I’m just trying to pay it forward, and I’m behind groups like Minority Baseball Prospects, who are about action instead of just talking about how to bring more attention to HBCU baseball.”

As a player, Weeks was all about action on the field. The Altamonte Springs, Florida, native holds NCAA records for career batting average (.465) and career slugging percentage (.927) for seasons 2001-03. As a sophomore, he won the NCAA batting title with a .495 average. The following year, he won his second straight batting title (.479). Weeks played 14 years in the majors and made the All-Star team in 2011.

“We all look up to Rickie, basically as a god, really,” said all-star left-handed pitcher Jerome Bohannon, who attends Southern. “It seems unreal how I played with him in video games and I finally got to meet him.”

“You idolize guys like him growing up,” Jackson State outfielder Chandler Dillard said, “and don’t realize they’re human because you’ve watched him on TV and played with him in video games. I was so excited to meet him, especially since he went to an HBCU. That helps you realize you can do it, too.”

The trajectory of Weeks’ baseball career is the hallmark of what HBCUs were founded on, and what the HBCU All-Star Game attempted to provide – an opportunity for those overlooked. Not only did the event provide exposure, but it involved clinics and networking with Major League front-office employees. Weeks contributed as one of the coaches. 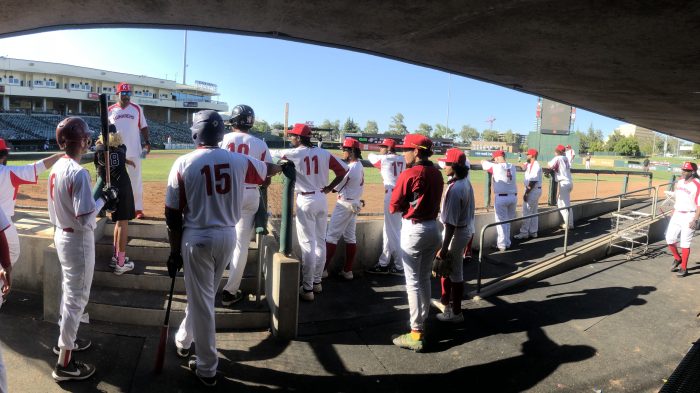 Baseball hotbed enjoys a throwback day on the diamondRead now

“Rickie’s presence showed the kids that it’s possible to flourish in the game coming from an HBCU,” Wyche said. “A lot of them said Rickie’s the reason why they started playing.”

The challenges and possibilities for Weeks began by chance late in his senior year when a Cincinnati Reds cross-checker traveled to Florida to scout a prospect. But the scout was impressed enough by a different player – Weeks – to make a phone call to his friend, then-Southern baseball coach Roger Cador.

“I hit a shot off the pitcher’s head in that game and ended up with a triple,” Weeks said. “After the scout made that call, the rest was history.”

That history involved Weeks signing with Southern late that summer. A historic college career would begin for a player who somehow slipped through the cracks except for one scout. Maybe Weeks was overlooked because of his size (5-foot-10, 170 pounds at the time) or that he hit in the middle of a lineup with future Major League players such as Felipe Lopez, who was drafted in 1998, two years before Weeks graduated from high school.

“I really don’t know why I only received one offer,” Weeks said. “I was a good kid, never got into trouble and I made good grades. But I do know when I went back home after my first year of college, an area scout told me every scout in the area got fired because no one turned my name in.”

Weeks, who played center field as a freshman, began to make noise before setting NCAA records. He hit .422 with 70 RBIs that first season. But it wasn’t loud enough, so Coach Cador spoke for him.

Cador began a campaign where Southern routinely sent stats to area newspapers and to some national baseball magazines such as Baseball America. The plan was to draw attention to Weeks from the media and Team USA, the national team that represents the United States in international competition. Cador forced the organization to allow Weeks to try out.

“There’s always negative talk about HBCUs and what we don’t have and that we weren’t worthy,” Cador said. “But we had a special kid in Rickie Weeks. And I went off on that director [of Team USA] because he was wrong to deny Rickie an opportunity. But once Rickie made the team, [that director] was apologetic.”

The experience with Team USA proved to Weeks and many doubters that he could play on a higher level and compete with some of the top amateur players in the game. So much so that after his first summer with Team USA, Weeks won his first batting title by nearly clipping .500. Despite his early success, Weeks didn’t start to imagine life as a pro until after his second straight stint with Team USA. He realized he held his own against many players projected as first-round picks.

But an email just before the start of his junior year amazed him. 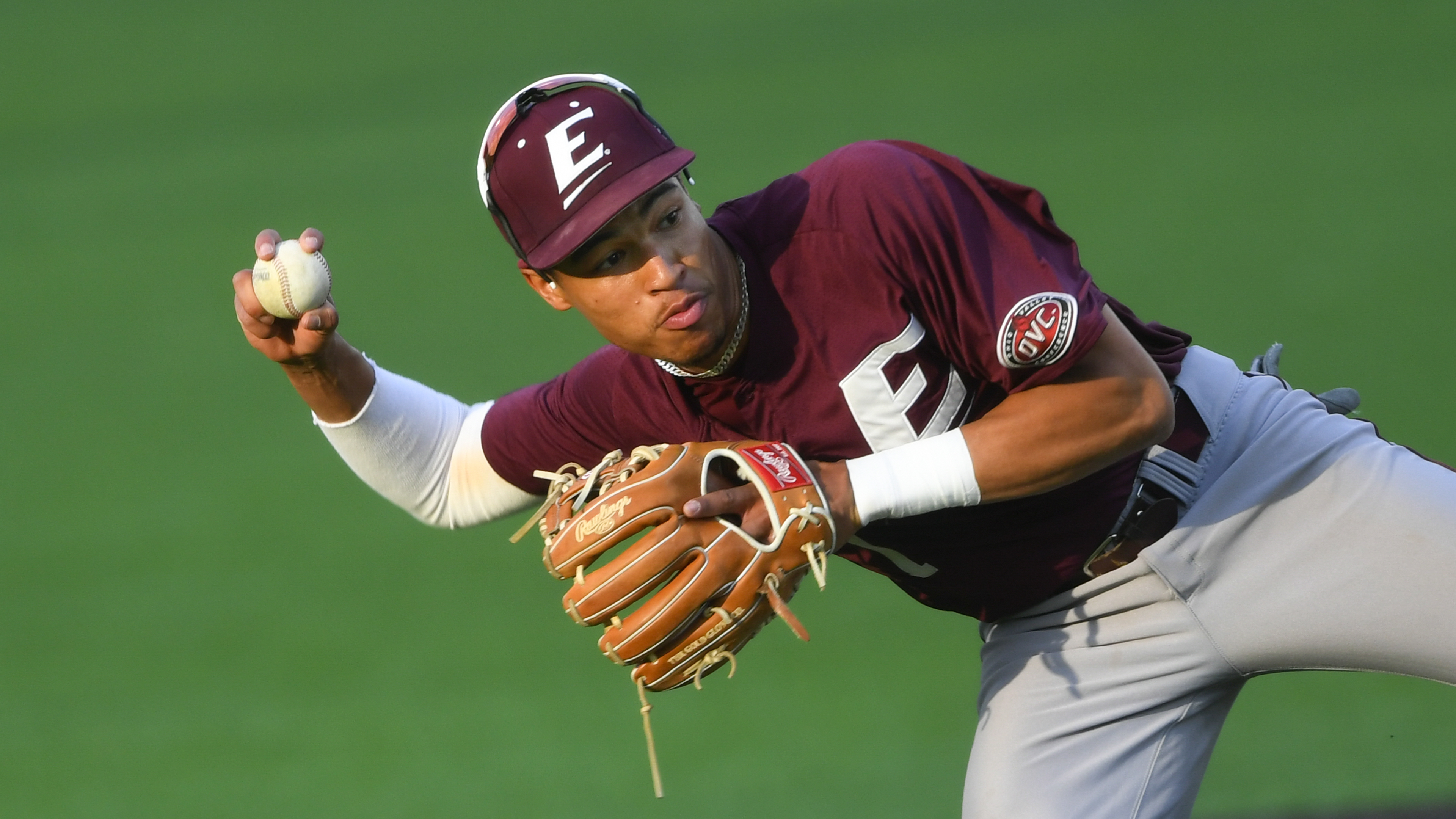 “I received an email from a buddy back home with the picture of the Baseball America cover and its projections for the 2003 MLB draft,” Weeks said. “And it projected me at No. 1 or No. 2. I’m like, ‘Wait a minute, timeout.’ I’m thinking, ‘The top picks last year got $3 million, and you mean to tell me I’m about to be a millionaire?’ ”

With millions came more dreams and additional motivation. At 21, Weeks had last owned a car in high school, and it had lasted only six months before it was junked. Since then, he imagined owning a Mercedes-Benz and kept a poster of one in his dorm closet.

The hits kept coming, and Weeks closed out his junior year with another batting title and NCAA career records in batting average and slugging percentage. He also became the first HBCU player to win the Golden Spikes Award, as national collegiate player of the year in 2003.

Weeks was able to purchase that Mercedes-Benz as the second overall pick in the MLB draft by the Milwaukee Brewers. His signing bonus was for $3.5 million. Weeks was the highest player selected from an HBCU since fellow alum Danny Goodwin was the first overall pick in 1975 by the California Angels.

“I’m proud of my career,” said Weeks, who runs baseball camps in Orlando, Florida, with his brother Jemile, who also played in the majors. “I could think about how things in the big leagues could’ve been different, but that’s not me. I’m mostly proud of how I wasn’t recruited, developed in college, got drafted as high as I did and became a big leaguer.”

And despite an unspectacular MLB career, Coach Cador said, Weeks is worthy of all the HBCU all-stars’ praise, because he didn’t look at what he didn’t have, he looked at what he had, and if he performed well on that stage, that good things would happen.

“The Golden Spikes Award is the Heisman Trophy of college baseball,” Cador said. “And for Rickie Weeks to win it, that should allow every kid from an HBCU to dream.”