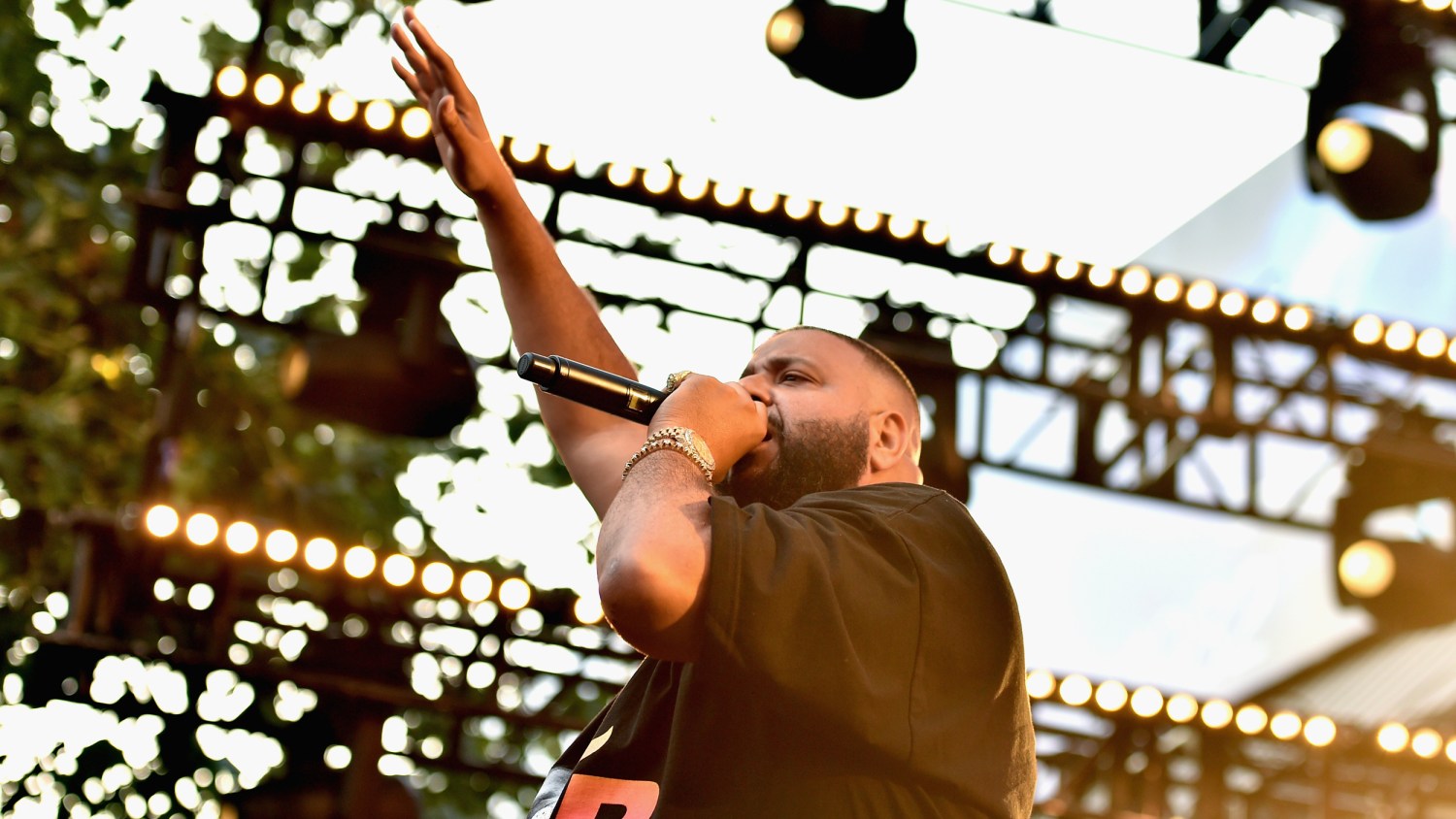 A look back at his best records ever — with the help of his son, Asahd

DJ Khaled is rap’s greatest networker. If you follow him down any social media avenue — Snapchat is of course his platform of preference — then you were well-aware that his new single “I’m The One,” featuring Justin Bieber, Quavo (of Migos fame), Chance the Rapper and longtime collaborator /friend Lil Wayne, arrived early Friday morning. It did. And, yes, to answer your question, it’s day-party-ready, already.

It’s a fun, lively record, one you’ll party to throughout the summer and make memories with. And in an increasingly volatile world where headlines often promote paranoia, music’s responsibility is to both reflect the times and to provide temporary escape. Balance is key — “major key.”

Oh-eh-oh-oh-oh, oh-eh-oh / I’m the one: Bieber’s hook is tailor-made for Top 40 radio. And Quavo hits with Steph-Curry-from-the-free-throw-line accuracy: You can run inside my life / From that fame bus. Chance’s joy is infectious, and his We just watching Netflix/ She ain’t got no cable (OK though) line hits hilariously close to home. Plus, if you listen closely, that stampede you hear in the distance is a flood of Instagram pics captioned with Lil Wayne’s I’m the best yet / And my best is yet to come — they’re all being typed right now. “I’m The One” follows “Shining,” Khaled’s hit with The Carters; they’re both singles from his forthcoming 10th album, Grateful.

“I always stay focused and I always stay positive, even through trials and tribulations. I’ve never been the person that complains,” Khaled recently told XXL. “I’ve always been the person that tries to find the solution.” That he does. His Snap essentially serves as his own sitcom as he navigates life searching for Drake vocals, worshipping plants in his garden, getting lost at sea, touring the country, annoying his fiancée Nicole Tuck and dropping jewels on his new best friend — his son, Asahd. He curates the culture around him, finding an equilibrium of personal blessings and professional success. Nearly everyone in rap is a self-promoter. Khaled just does it better than most. Even as his local media organization, the Miami New Times, says Khaled’s career “doesn’t make a whole lot of sense,” walk with me as we rank some of Khaled’s biggest hits. And instead of using mics or stars to dish out grades, we use what really matters: Asahd’s visage.

There’s a lot to love here. Tip batting leadoff and absolutely obliterating the beat with a saxophonist’s smoothness and D-boy’s bravado is one. Khaled’s running is two. Khaled and Ross pay homage to Biggie and Puffy driving in reverse on the highway, a la 1997’s “Hypnotize.” But more than anything, the highlight here is Dwayne Michael Carter Jr. — better known as Lil Wayne. This is peak Weezy at his unquestioned 2007 apex. I am the beast / Feed me rappers or feed me beats. As the song builds up to this climax, Wayne does not disappoint. Khaled had hits before (see 2006’s “Holla At Me” and “Born N’ Raised”), but this was his first anthem. In fact, Wayne liked the beat so much he doubled back for his solo version on the 2007 classic mixtape Da Drought 3.

I said it once and I’ll say it a million more times — the T-Pain era was incredibly entertaining, and he should receive far more credit than he does. I am also biased toward “I’m So Hood,” as it was one of the most memorable anthems of my senior year at Hampton. The hook is fun and, in his days before he became a life coach via Instagram (and perhaps an Uber driver), Plies’ verse is an all-time ratchet soliloquy. Which, yes, I’m still here for a decade later.

This is my mom’s favorite Khaled song — although she may or may not actually know who Khaled is. She got into Apple Music not too long ago, and one of the first songs she downloaded was this. Why? Because they play it at every South Carolina State football game she attends. This might be Khaled’s biggest crossover record to date. It’s interactive — everyone feels it and acts it out — which works perfectly in large venues like football stadiums, where everyone wants to win. There’s a reason that every time Khaled performs somewhere he normally leads with this record. A premier record in his career.

Remember where you were six summers ago, and remember how massive this was. It was the anthem, no debate.

Asahd’s pops hyped this up on Snapchat for weeks, and he still, somehow, undersold the potency of “For Free.” In fact, the only negative thing one can say about the record is that they never filmed a video for it. There’s a reason Khaled is in constant pursuit of Drake vocals. Because they — not to be confused with Khaled archnemesis, #They — rarely miss. Even 2013’s “No New Friends” was a hit, but it now sounds like a completely different record in light of Rick Ross’ explosive “Idols Become Rivals.” The lone exception is 2009’s “Fed Up.” That being said, Toronto and Miami join forces yet again here for not only the song of the summer but the best single in Khaled’s decadelong career.

While it’s unclear as to whether Khaled holds any sort of stock in the key emoji, he spent all of 2016 drilling us with the importance of “keys” in our daily lives. So much so that Jay Z took a break from being a stay-at-home dad and delivered his own set of life lessons: Key to life, keep a bag coming + ‘Til you own your own you can’t be free / Till you own your own you can’t be me. Plus one more: My swag different, that bag different/ My wife Beyoncé, I brag different. I mean, it’s not Reasonable Doubt or Blueprint Jay, but Hov showed in 2016 he could get still stunt with the best when he feels like it.

Asahd’s gotten producer credit on a record with Jay Z and Beyoncé, over half a million Instagram followers and has already appeared on magazine covers. Meanwhile, I can’t figure out how to get the apostrophe over the “e” in Beyoncé without copying and pasting from Google and still get excited when the likes on my IG posts go from names to numbers. Yes, my life is quite sad sometimes. Anyway, Mr. and Mrs. Carter reflect on the good life, but what’s really dope — to me, at least — is hearing Jay’s excitement as he prepares for life with the twins. The joy of fatherhood — something Khaled knows all about.