To my mothaf—ing man 50 Grand, the alcoholic man/ Inject a tall can in his bloodstream if he can …

If Christopher “The Notorious B.I.G.” Wallace was his own galaxy in the universe of hip-hop, Kevin “DJ 50 Grand” Griffin was his North Star.

Griffin, 55 — who produced Wallace’s first demo tape and was instrumental in helping to kick off the rapper’s career — died over the weekend. The cause of death has not yet been announced, but what makes the news particularly crushing is the timing.

On Friday, Griffin attended An Orchestral Tribute to The Notorious B.I.G. at the Lincoln Center for the Performing Arts in New York. For much of Saturday, Griffin posted pictures and videos of his adventure on Instagram. Hours later, news of his death began to circulate online.

Labeling Griffin as simply a DJ who put one of the most famous Brooklynites on the map is both accurate and unfair. Accurate in the sense that it’s true — without Griffin, the world likely never would have met The Notorious B.I.G. After all, upon meeting Wallace at 15, Griffin gave him a space to record and later passed his demo to his childhood friend Calvin LeBrun, who went by the name DJ Mister Cee, who gave it to Matteo “Matty C” Capoluongo, who ran The Source’s “Unsigned Hype” column. Yet, it’s also unfair to reduce Griffin’s contribution to just that one moment, because it doesn’t begin to tell the entire story.

Griffin will be remembered in the annals of hip-hop history as the Notorious B.I.G.’s first DJ, but his story isn’t only about the legendary rapper. Griffin was the most recognizable member of the Old Gold Brothers (or OGB) — a homage to the malt liquor they all drank profusely. Two Brooklyn guys named Jazz and Paul of Lafayette Gardens started OGB, and they brought Griffin into the fold around 1982. 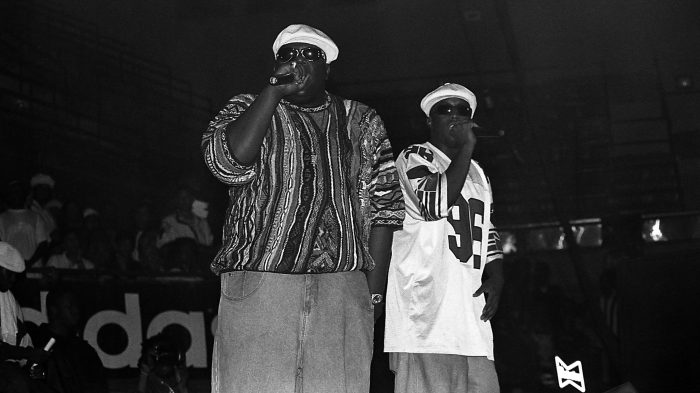 “I started hanging out in the projects because I was dealing with this girl from there,” Griffin told me in 2020. “We got into some beef and after that beef we got close. They made me a member of Old Gold Brothers. So I took it on my end on Bedford and Quincy and I made all the guys down there OGB members. And we just expanded from there.”

What made Griffin such an important figure in Brooklyn is that despite the gentrification that upended the borough, he never left Bedford-Stuyvesant. Where high-rises and high rent define so much of Brooklyn today, Griffin came up in the version that had abandoned buildings and vacant lots. If there were tenants, there were, in his words, “a lot of stray cats, dogs and rats.” Shootings, stabbings and robberies were the norm.

“It was much wilder back then … a lot of drug activities,” Griffin recalled. “I was young, so we thought we’d never see it look the way it looks now.”

Like countless other young Black boys who’d soon become men, Griffin was part of a generation that found financial freedom in the streets — but also the stress, and threat of incarceration, that came with it. He hustled, but the one love he always kept close to the heart was music. In the 1980s, if you were young and Black, you could have played a role in the emergence of hip-hop. Some were graffiti artists. Others were b-boys or b-girls. Some rapped. Many more were just fans. In Griffin’s case, DJing was his calling.

While hustling one day, one of Griffin’s friends, Damion “D-Roc” Butler, brought an associate with him. The friend was tall, like D-Roc, a little heavyset and quiet. He called him Big. But, as D-Roc would hammer home, Big could rhyme, and he wanted Griffin to listen.

“ I took him straight to the basement. We smoked. We drank,” Griffin told me, laughing at the memory. “And ’bout an hour later we came out with that demo.”

It’s one of the most impactful demo tapes in rap history. But even before the reaction that would change rap history really picked up speed, the friendship between the two blossomed. Big — some five years younger — decided to hang around the OGB crew. If Big wasn’t posted on Bedford and Quincy, then Griffin and the OGB crew would visit Big on Fulton Street. This was Big’s first crew. At the time, Junior M.A.F.I.A. hadn’t been completely formed.

“Big hung out with us on them corners a lot. We’d come out early in the morning and Big used to come down,” Griffin recalled. “He wanted to smoke, so when the man would deliver milk, bread or whatever, he’d put a bottle in a bag. And Big was a big guy! He’d pull out the bottle and tell the guy don’t move while his man would go in his pocket. That’s how he got his weed money.”

When Wallace went down south to Raleigh, North Carolina, to sell drugs in the early 1990s, Griffin helped with the score. More than anything, they enjoyed the camaraderie. They did what they had to do in the streets, but it was music (and smoking and drinking) that served as the ideal post-work groove. Everyone rapped, like OGB’s Money Twan and CRKAMAR. But whenever Wallace would rhyme, everyone saw something different. Like in the spring of 1991, when a 19-year-old Wallace recorded a freestyle on the street in front of the Pool Room, a Brooklyn relic that served as a gambling spot and a place to stash guns and drugs.

“I was just happy to be part of it. I knew he would go somewhere [with rapping]. And I knew I knew the right people,” Griffin told me, the pride evident in his voice. “If I wouldn’t have done the demo to hand it to Mister Cee, I don’t think it would’ve been a B.I.G.”

“From there,” Griffin said, “everything seemed like it happened overnight.”

As Wallace turned making music from a pipe dream into reality, Griffin remained in his orbit. He was there when Tupac Shakur would come and smoke out Fulton Street with Wallace and other stars such as Treach from Naughty By Nature and Nas. He was there when Shakur was shot in Quad Studios. And Griffin saw firsthand how fame affected his friend.

“As he got bigger, he learned the more money you make, the more problems you got. He seen that,” Griffin said. “He was always talking about death.” 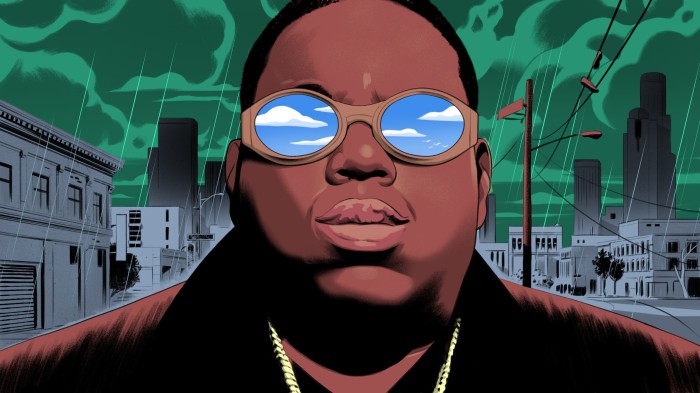 As Wallace became a star in life and an icon in death, Griffin wasn’t always a household name. He wasn’t a radio personality like DJ Mister Cee or consistently visible like DJ Enuff. But Griffin predated them all. That’s why Griffin is a legend, even if many don’t recognize his name.

“50 Grand is an unsung hero in hip-hop,” said Dennis Mathis, a longtime Brooklyn resident and entertainment industry veteran. “In Bed-Stuy, he was a legend. He’d always take time to listen to young artists on the come up. He was never too busy … [But] 50 always put on for B.I.G. in whatever he did, wherever he was.”

Shortly before our conversation ended two years ago, Griffin thought about the totality of his career for a second. In 2020, we were still two years away from what would’ve been The Notorious B.I.G.’s 50th birthday. Neither of us knew then that Griffin’s time on Earth was nearing its end. But if Griffin could tell his friend anything on his birthday, he thought, what would he tell him?

“I love you so much,” Griffin said. “We did it. You put Brooklyn on the map!”

That’s where Griffin got it wrong. The Notorious B.I.G. is synonymous with Brooklyn, hip-hop, and much of American culture. But that simply just doesn’t happen without Kevin “DJ 50 Grand” Griffin.