The fifth-year senior is in pursuit of multiple Division I men’s basketball benchmarks this season, including all-time points and 3-pointers made

“I really didn’t like basketball while growing up,” said University of Detroit Mercy senior point guard Antoine Davis. “It was brought upon me because my dad was a coach and my older brother played. I was always around basketball. As a kid, I wanted to play video games professionally.”

But moving to a different location, training with an NBA coach and a new appreciation for the sport all developed Davis into one of the most prolific scorers in college basketball history.

Davis, who’s averaging 24.6 per game, is 10th on the Division I career-scoring list (3,048 points). This year, he passed such legends as Oscar Robertson (Cincinnati), Larry Bird (Indiana State) and Elvin Hayes (Houston). Davis is 117 points from cracking the top five all-time. And with 18 regular-season games left, he’s likely to finish No. 2 overall, trailing only Pete Maravich (LSU), who scored an incredible 3,667 points in just three seasons.

Davis is within reach to become college basketball’s all-time leader in career 3-pointers made. He’s currently third and 26 behind Wofford’s Fletcher Magee for the all-time record. Davis passed Duke’s JJ Redick for No. 4 on the list earlier this month.

“My dad told me about all of those phenomenal players,” said Davis, the NCAA’s all-time leader with 119 consecutive games in double figures. “I never saw them play, so I looked them up on YouTube. I never thought I’d be in this position with legends.”

Although coach Davis introduced his son to the game, he raised the level of instruction and competition under his good friend, former NBA player and current Houston Rockets assistant coach John Lucas.

“Before Lucas, my dad and I would workout at a rec center in Alabama doing drills,” Davis said. “We’d workout about two to three days per week. We moved when I was in the seventh grade. I was still learning how to play when I first went to [Lucas’] gym.”

Davis was nearly overwhelmed when he entered the facility at John Lucas Enterprises and saw nearly a hundred players, from middle school to high school to college, all working on drills, or playing in games.

“It was so loud,” Davis said. “It was intimidating, because before it was just me and my dad. I remember no one was standing around. Everybody was doing something. When [Lucas] said ‘hold ball,’ everyone stopped, and the gym got quiet. He didn’t have a whistle or a microphone.”

Lucas has helped basketball players on all levels for decades. His organization develops players and coaches through camps, clinics and private instruction. Lucas immediately put a plan into place once he saw the lithe Davis.

“He was undersized, and I knew if he developed a shot, there’s always a place on the basketball court for someone who can make shots,” said Lucas, who was selected No. 1 overall in the 1976 NBA draft. “I used this same formula for my [undersized] son John, who played 10 years in the NBA, and my son Jai, who was a McDonald’s All American.”

Developing those necessary scoring skills under Lucas wasn’t easy. It included one-on-one drills, skill work and games against much older players who were either in college or professional.

“I worked with [Lucas] sometimes three times per day from seventh grade to 12th grade,” Davis said. “He was hard on me. He pushed me and pushed me. Working with him and my dad would make you not like basketball unless you were mentally tough. But I started to like basketball once I started seeing success in my high school games.” 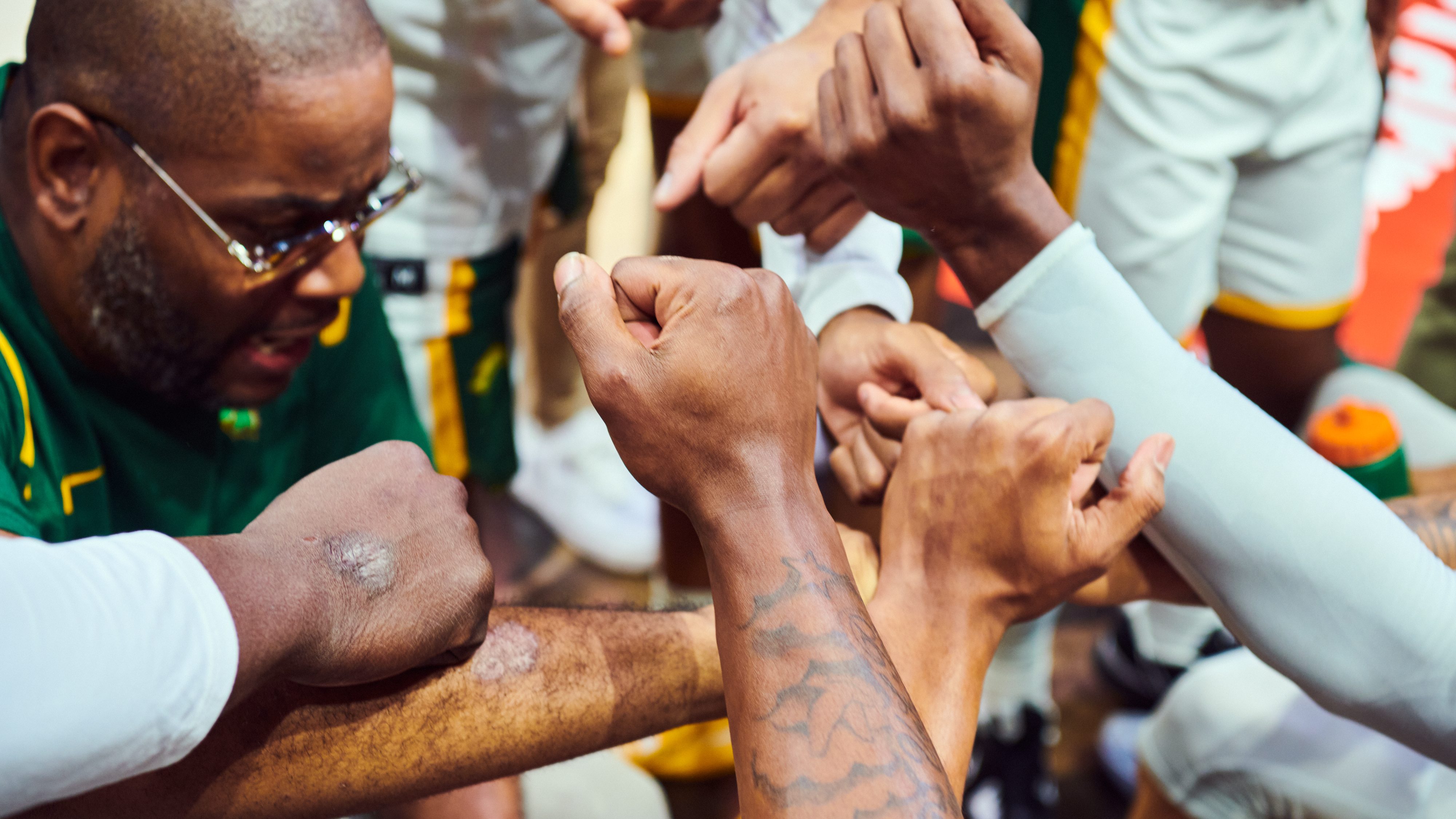 That high school success, which ranked Davis 20th in scoring in the state of Texas in 2018, led to his commitment to the University of Houston. That changed, however, when Detroit Mercy hired his father as head coach.

Davis made an immediate impression his first year, averaging 26 points per game and setting an NCAA freshman record with 132 3-pointers — 10 more than the previous record-holder Stephen Curry (Davidson). He also scored a career-high 48 points against Wright State.

“My role and leadership grew since my junior year,” Davis said. “I came in shy and not very vocal, but I decided to take more of a leadership role that year. I’ve grown a lot since my first day of college.”

Davis’ growth as a scorer developed an unapologetic shoot-first attitude. Those shots can come off the dribble and, on occasion, on a catch-and-shoot.

Since the NCAA allows student athletes a fifth season due to the coronavirus pandemic, Davis decided to return this year. But his destination was in question because he entered the transfer portal seeking more lucrative Name, Image and Likeness (NIL) opportunities and more high-profile competition. Once Davis entered the portal, suitors like Brigham Young University, Baylor, Kansas State and Maryland called.

“I wondered what it was like to play at a Power 5 level,” Davis said. “NIL played a role in it because I saw people who hadn’t done nearly half of what I’ve done in college, and they were getting six figures just off their name. So, I was thinking maybe I could be a part of that.”

Davis had a change of heart. He signed an NIL deal with a company that produced custom limited GlowBalls and even helped create the logo. He’ll share proceeds with his teammates and donate proceeds to the Detroit Mercy athletic program.

“My dad didn’t pressure me into making any decision,” Davis said. “After a while, it actually didn’t feel right to leave without winning a conference title and advancing to the NCAA tournament. It would have felt wrong to leave and not finish my career here.”

Unfinished business has been a challenge this season. Detroit Mercy is 5-7, and much of the focus, especially by defenses, has been on Davis. Double team, triple team and trap defenses around Davis are often the norm. So is the aggressive attention.

“It gets frustrating sometimes because he should shoot more free throws due to the physical play,” said Mike Davis. “He’s probably averaging less free throws than anyone who scored 3,000 points.” 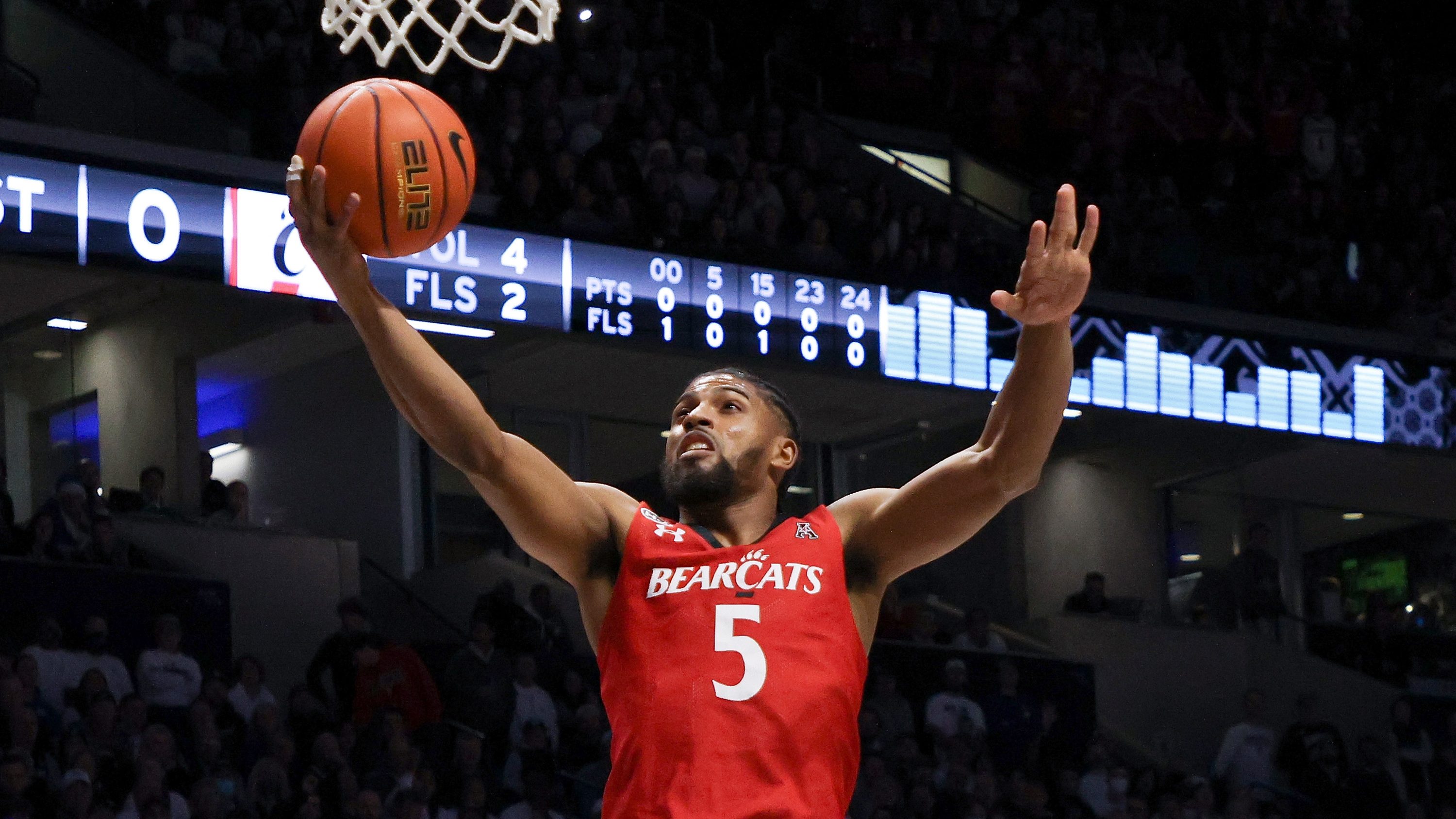 Despite coach Davis’ claims about opponents’ defensive play against his son, Antoine has managed to produce. Over his career, he’s shooting 88.5% from the free throw line and leads the team with 4.4 assists per game last season. He’s also one of only two men in the top 10 career scoring with 500 or more assists. The other is Saint Peter’s Keydren Clark (3,058 points and 501 assists).

Davis has ability to pass the ball, he’s defined by scoring, especially this season. Step inside the nearly 8,000-seat Calihan Hall, and in the corner of the arena’s northeast side is a banner highlighting “The Chase.” The running total of Davis’ career points are on the left side of the banner, and his career 3-pointers are on the right.

And he’s embraced the chase.

“There’s the banner in the arena, and every time I’m on social media, someone’s talking about the record,” Davis said. “I try not to pay much attention, but it’s kind of hard with the banner right there. Winning the conference and making the tournament will always be first before the record, but it would be something special to even finish in the top three.”

All of the potential honors and accolades would come with a bit of emptiness due to the death of Davis’ grandfather who died from lung cancer last month.

“He watched all of my games,” Davis said. “He never stepped too far when it came to advice about basketball or records. He’d just tell me to play and work hard. Of course, I’d want him here to see [me possibly set records] but I know he’s up there proud of me.”