ATLANTA – Dennis E. Thomas, just inducted into the Black College Football Hall of Fame, says there are plenty of reasons for schools to remain and join the Mid-Eastern Athletic Conference. As the league’s commissioner for 18 years, he sees promise for a league that is experiencing change.

Thomas, a top historically black college player, coach, athletic director or commissioner for most of his life, was referring to North Carolina A&T State University’s decision to leave the MEAC for the Big South Conference in July 2021.

“There’s no better conference, as far as I’m concerned, because we take the holistic approach of developing our student-athletes, and students period,” said Thomas. “When you come to us, there will be a total embracement for you to achieve to your fullest potential, and that’s why I am a firm believer in HBCU students going to our universities.” 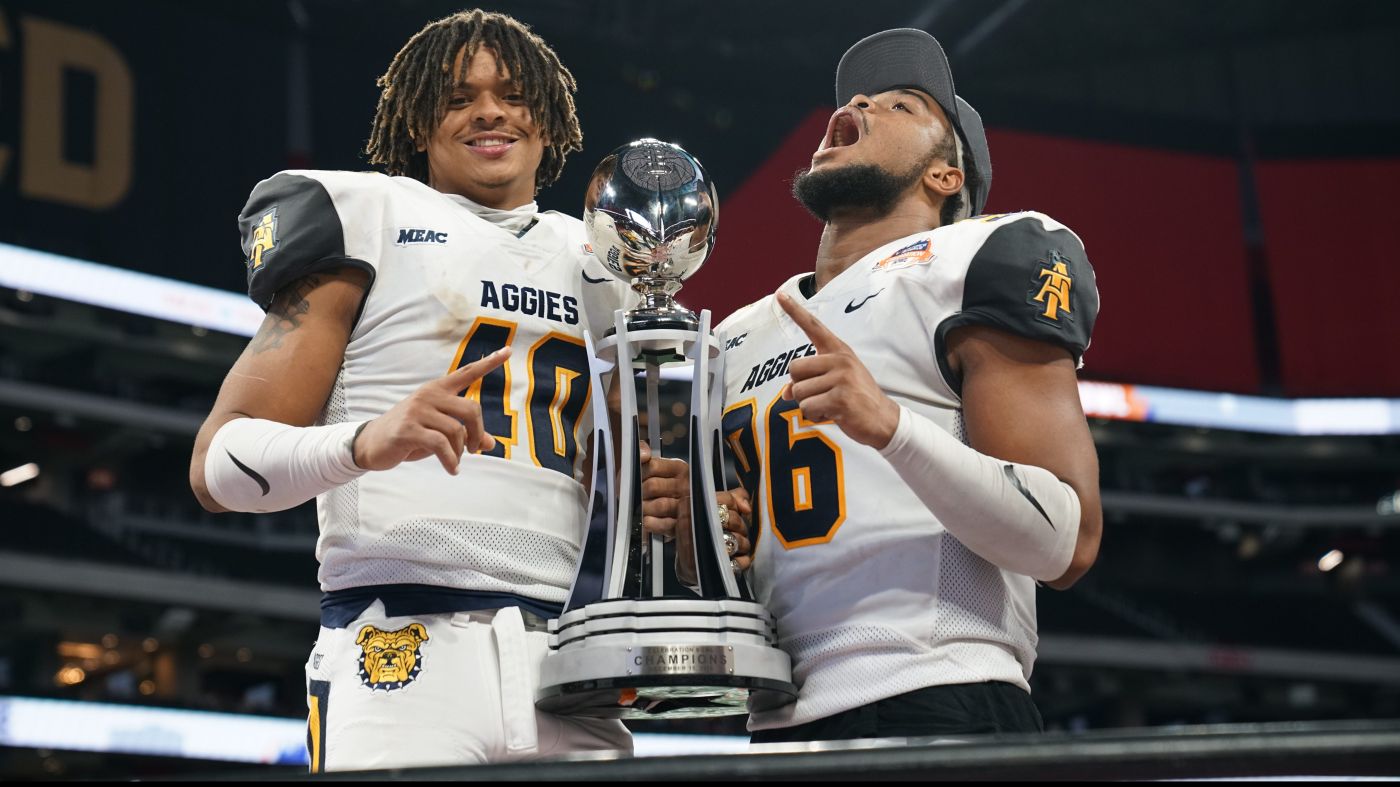 Why did N.C. A&T leave the MEAC? Read now

“For anyone who wants to attend an HBCU and develop to their highest potential, that’s what HBCUs will do for you. It’s a very personal experience. It’s not an indifferent experience, because you can get that in some places, and you become a number.

“But you have the embrace of the faculty, staff, other students, other classmates that will reinforce and lean into you that you can do this, that is what HBCUs are all about.”

In 2017, Thomas’ former school, Hampton University, announced that it would be leaving the MEAC, and in 2019 officially joined the non-HBCU Big South conference.

Thomas says that from his personal experiences and upbringing, he’s always felt connected to historically black colleges and universities (HBCUs) and the development of black student-athletes.

“Not many people know that my grandfather graduated from Alcorn in 1915, so the bar was set really high, and I had other opportunities to go to majority institutions, but I felt it was imperative for me to enhance the lives of young people,” said Thomas. “Particularly the lives of young African American males, and I thought that I would make a better impact upon those young men.

The legacy of HBCUs

“It was also a point for me to see them develop, not only as athletes, but as students, as people, and the bottom line has always been for them to get their degrees, their college degrees so they can be productive citizens of our society.”

Thomas began his HBCU career as an offensive lineman with the Alcorn State in the early ’70s. After his playing days, he took to the coaching ranks and was the youngest defensive coordinator in the Southwestern Athletic Conference, becoming the leader of the Braves’ defense at age 24.

He then became the athletic director at Hampton University, where he won 17 Central Intercollegiate Athletic Association championships and 11 MEAC championships. He is also the main orchestrator in pioneering the Air Force Reserve Celebration Bowl, considered the HBCU national championship.

“I’m very humbled and honored to be selected in the Black College Football Hall of Fame. It’s an honor simply because of all the great individuals who represented HBCUs and football, and for me to be selected to be a part of this truly phenomenal group is truly humbling,” said Thomas.

“The most salient point in terms of my most important achievement is seeing student-athletes graduate, to be productive citizens in our society. That’s why I’m in the business, so that’s the most achievable thing I’ve done for the conference. Now, there are an array of other things that have been accomplished since I’ve been commissioner for 18 years, so that’s another interview.”