Win or lose, he’s primed to make a difference at Jackson State

If you thought Jackson State’s announcement on Monday of NFL Hall of Famer “Prime Time” Deion Sanders as its new head football coach was not groundbreaking, think again.

When Good Morning America co-host Michael Strahan, a fellow NFL Hall of Famer and Black college legend from Texas Southern, interviewed Sanders as a guest on Tuesday, a Black college hire has never gotten that kind of exposure.

The addition of the flamboyant Sanders to the storied Jackson State program and to the Southwestern Athletic Conference (SWAC) would have been enough to turn heads. But he’s promising to bring a staff with what he says has “84 years of NFL experience.” For now, the Jackson State faithful can only dream about a team of Hall of Fame assistant coaches such as Sanders’ NFL buddies Michael Irvin (receivers), Emmitt Smith (running backs), Charles Haley (defensive line) and should-be Hall of Famer Erik Williams (offensive line).

Coaches, administrators and fans have to be salivating at the prospect of Jackson State facing the likes of Grambling, Southern, Florida A&M and its chief rival Alcorn State — the true blue bloods of Black college football – with “Neon Deion” and his cohorts on the sideline. It should certainly boost the bottom line for Jackson State, already the perennial leader in FCS attendance. Perhaps it will also lead to a turnaround for the Jackson State program, which has won just one SWAC championship in 21 years and posted its last winning season in 2013.

From 1968 through 1976, just after the NFL-AFL merger, between 53 and 70 players from the historically Black college and university (HBCU) ranks were taken each year in the NFL draft. There have been just 70 HBCU players taken in NFL drafts in the 20 years since 2000. The hiring of Sanders is a small step in reversing this recent trend and the latest reverberation in a year of potentially seismic shifts involving HBCUs.

Few professional athletes crave as much attention as Sanders, who spent 14 years as the most flamboyant cornerback and kick returner in the history of professional football. His athletic exploits, which include two Super Bowls and a World Series appearance during a nine-year stint in Major League Baseball, are only matched by his larger-than-life personality, which has made him a coveted NFL commentator and celebrity pitchman for corporate giants such as Nike, Pepsi and Burger King.

Whether his celebrity status will translate to wins on the football field is another matter. He is not the first former professional player to lead an HBCU program, although he is unquestionably the most celebrated. The list includes Ken Riley and Earl “Hitman” Holmes at Florida A&M, Doug Williams at Grambling State, Stump Mitchell at Southern, current Morgan State football coach Tyrone Wheatley, Mississippi Valley State’s current basketball coach Lindsey Hunter, Steve Wilson at Howard, the gridiron guru at North Carolina A&T Sam Washington and Monte Coleman, the former head coach at Arkansas-Pine Bluff. Each had distinguished pro careers. But not one is a Hall of Famer like Sanders. 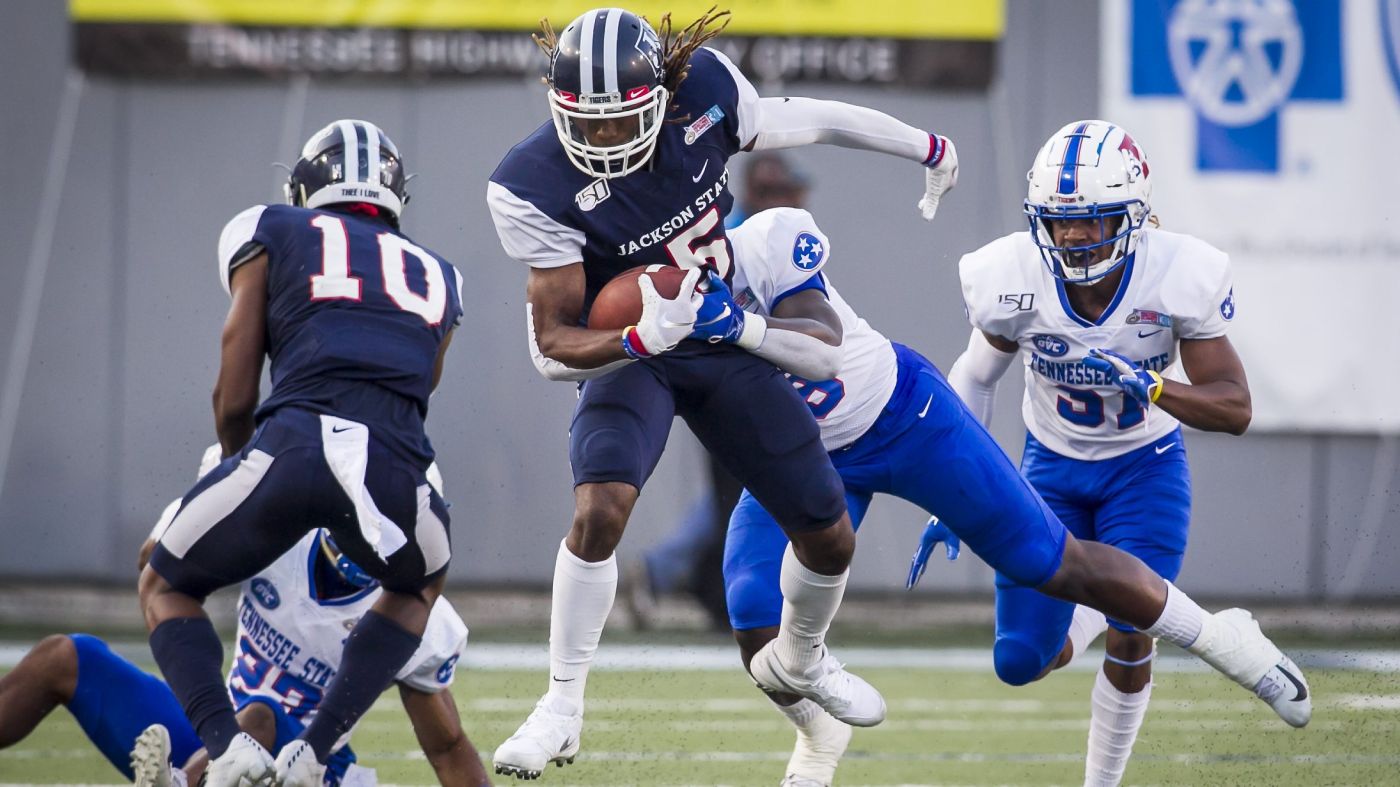 No HBCU football, no problem as schools, athletes deal with changes this fall Read now

Archie “Gunslinger” Cooley, Marino “The Godfather” Casem and Alvin “Shine” Wyatt were among the most colorful sideline figures with nicknames to match. None can match the clout or street cred of “Neon Deion.”

This isn’t the first time Jackson State has hired a former NFL star to fill its coaching vacancy. Harold Jackson is a beloved and heralded former Tigers player with Hall of Fame credentials who took the reins of the program during the 2014 and 2015 seasons. He amassed 579 receptions, more than 10,000 receiving yards and 76 touchdowns during an outstanding 16-year NFL career (1968-83), and had an equally prolific run as an assistant in the college and pro ranks. He is rightfully perched behind Jackson State’s four Pro Football Hall of Fame members – Lem Barney, Walter Payton, Jackie Slater and Robert Brazile — in the annals of Jackson State football. But his tenure as head coach lasted just 17 games with a 6-11 record.

Sanders is promising a different result. “I have a commitment to excellence in each and everything I do,” Sanders said. “We’re going to win. We’re going to look good while we win, and we’re going to have a good time.”

The COVID-19 pandemic pushed the SWAC and Jackson State season back until the spring of 2021. We’ll know then. But don’t be fooled, Sanders is a smart and intelligent man.

getting on the HBCU bandwagon

Amid a pandemic that has now taken nearly 200,000 American lives, a disproportionate share of them Black Americans, and a renewed focus on police and white vigilante violence that has claimed its own share of Black lives, there has been a renewed focus on and interest in HBCUs, a historic safe place for such victims.

Earlier this year, Florida A&M and Bethune-Cookman announced they would leave the Mid-Eastern Athletic Conference after this season to join the SWAC, in effect creating an HBCU superconference.

Oklahoma City Thunder perennial All-Star Chris Paul, president of the National Basketball Players Association, donned gear and sneakers with HBCU logos during each of his teams’ 12 appearances in the Orlando, Florida, bubble. He also spoke forcefully about the historic and contemporary importance of these institutions.

Blue-chip prospect Makur Maker shook up college basketball by choosing Howard University over a list of major college suitors. He has also challenged other elite Black basketball prospects to follow him into HBCU land and end the pipeline that has created generational wealth for those other programs and their head coaches.

Former NBA All-Star Mo Williams returned to Alabama, not to coach at the university where he played, but to become the new head basketball coach at Alabama State. NBA star Stephen Curry made a multiyear commitment to fund a new golf program at Howard.

“Why not? Isn’t this the time? Isn’t this the moment? Isn’t this what’s needed?” said Sanders, a recent HBCU graduate of Talladega College in Alabama, perhaps seizing the time and marrying his decision with those previously mentioned.

Whomever he brings with him, Sanders, on reputation alone, will have a leg up on landing the four- and five-star recruits who have escaped HBCUs the last 50 years. He has “primed” himself for this position moonlighting as an offensive coordinator for his son, the quarterback at three-time state champion Trinity Christian High School in Cedar Hill, Texas, as well as serving as a coach and mentor to the nation’s best high school players during the annual Under Armour All-America Game.

Sanders can bring electricity to any situation. It’s doubtful there’s anything he’s been involved in since his days as a high school quarterback in Fort Myers, Florida, that hasn’t produced fireworks. He made his entrance at the news conference at Jackson State’s Lee E. Williams Athletic and Assembly Center in a Cadillac Escalade with a police escort and the famed Jackson State Sonic Boom of the South marching band ahead of him.

He’s definitely got the sizzle. Now let’s see if he can bring the steak.

Carl ‘Lut' Williams is the publisher and editor of the Black College Sports Page.