The Tigers look to remain unbeaten as they face Louisiana-Monroe

This game is supposed to be about the $300,000 check Jackson State is receiving to play Louisiana-Monroe on Saturday night at Malone Stadium.

Jackson State coach Deion Sanders has no use for games that are lopsided matchups for a check.

“Normally you just get paid to get beat. Your program makes a little more money than they normally would and you go get your butt kicked,” Sanders said. “I don’t believe in that. I don’t know how that helps anybody.

“It helps the budget but kills the morale. How can getting your butt kicked really help as a team? Financially it’s cool. All money ain’t good money.

“I don’t know what has gone on in the past and what this is supposed to be. I’m still learning, but I plan on going there putting our best foot forward and coming out with a win.” 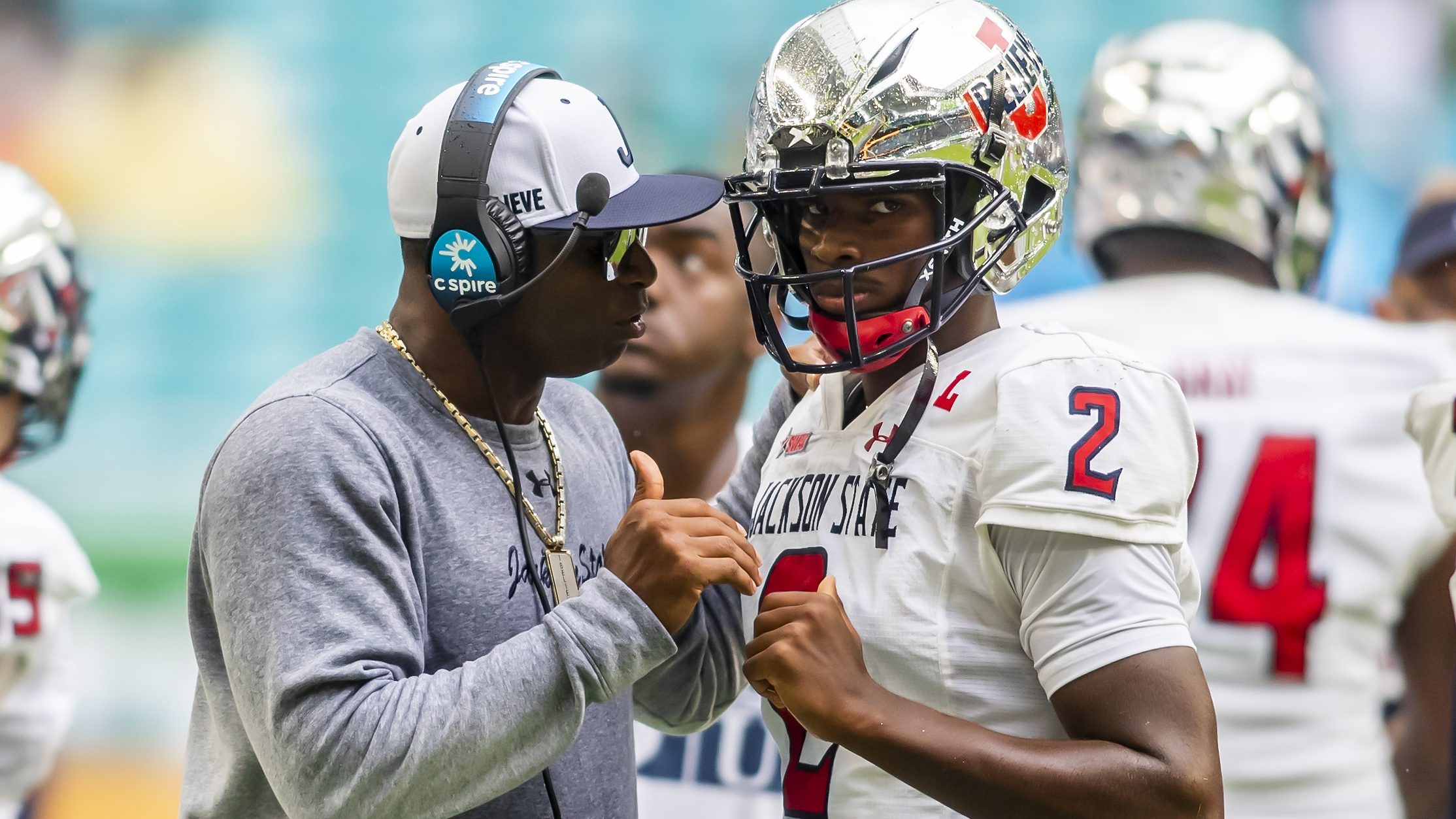 The Warhawks went 0-10 last season and were outscored by an average of 42-16. Still, the Sun Belt Conference team represents a step up in class for Jackson State.

“They just had too much of what we didn’t have and that was size, speed and depth,” said Alabama State coach Donald Hill-Eley.

Jackson State is not unique when it comes to money games. They’re a necessary evil to help smaller schools pay the bills. Over the past few years, Jackson State has taken money game losses to Southern Mississippi (55-7), TCU (63-0), UNLV (63-13), Middle Tennessee (70-14) and Tulane (34-7).

Most of those games occurred before Jackson State athletic director Ashley Robinson arrived. He tries to avoid matchups with Power 5 programs. Instead, he prefers to schedule games against Sun Belt and Conference USA teams, where Jackson State can compete.

The exception would be games against Ole Miss or Southern Mississippi.

“Those games would be historic,” Robinson said. “Those are the only Power 5 games we’ll be looking at.”

The goal for Jackson State is to get the program to the point where it doesn’t have to play these types of games to generate revenue. That can happen if the rest of the schools in the SWAC can increase their profile and attendance to conference games to generate considerably more money.

Jackson State and Tennessee State played in the Southern Heritage Classic at the Liberty Bowl in Memphis, Tennessee, and drew 46,171 fans in a game featuring two of the league’s highest-profile coaches in Sanders and first-year Tennessee State coach Eddie George.

“The last two games we played we had pretty good payouts,” Robinson said. “We won those games, so we’ve created an environment — a classic environment — where we don’t have to play those Power 5 schools.

“We’re also pushing the needle with our season ticket holders. They’re starting to understand that when you buy season tickets, it puts us in a whole better place with the program.”

All of that is good with Sanders. He wants to play games where his team has an opportunity to win each week.

A meeting with Louisiana-Monroe gives the Tigers a chance to match last season’s 3-0 start.

“I don’t care who they are, winning is winning. I don’t care what plate you serve it on,” Sanders said. “We’re going to find out about some of our players this week against a formidable opponent.

“We’re supposed to lose; we not supposed to be in this game. We’re getting paid to get beat. We’ll see how that works out.”