He came to win football games, touch lives and bring hope to a city with a median household income of $38,000.

More than 25% of Jackson’s 166,000 residents live below the poverty line, according to The Clarion-Ledger. On Wednesday, the Mississippi State Department of Health cleared Jackson to end all boil-water notices for about 43,000 customers one month after winter storms in February caused massive water outages. In the meantime, much of the state, including Jackson, was under a severe weather watch.

That’s why Sanders took several players and members of the program to the Pleasant Hills Community Living Center to drop off pallets of water for residents during the height of the water crisis.

“Sometimes when you’re in this little bubble called football or athletics, you’re not privy to a lot of things that go on outside your circle of life,” Sanders said. “Stepping outside that circle at times causes you to think broader. This world is bigger than you.”

When he’s not coaching, you can find Sanders around town, whether he’s looking for bargains at a flea market or feasting on catfish at Bettina’s Soulfood Kitchen or Josephine’s Kitchen, eating burgers at Stamps Super Burgers or enjoying oxtails at Taste of the Island.

And, occasionally, Fire Department Station No. 5 will send over a spread stuffed into plastic foam containers.

Before he ever stepped on the football field, Sanders met with local pastors and gang members on separate days. The conversations focused on bringing the city together.

“Sometimes when you’re in this little bubble called football or athletics, you’re not privy to a lot of things that go on outside your circle of life. Stepping outside that circle at times causes you to think broader. This world is bigger than you.”

“Having reached out to those from the church to the streets, I think those are the types of commitments that bring people together and ultimately it can bring a city together and, hopefully, keep the peace in the midst of a storm.”

“Jackson, like many cities, has been suffering through a lot of stress and strain,” Lumumba said. “The pandemic has revealed so many deep-seated challenges and inequities and countless issues that communities are faced with which are part of the cycles of humiliation.

“Deion’s arrival and kind of the resurgence of the program has brought some joy in the midst of the storm.”

Sanders has always taken an interest in his community. He regularly visited schools and nursing homes in Atlanta and Dallas, and before moving to Jackson, Sanders lived 60 miles east of Dallas in a town of about 4,000. 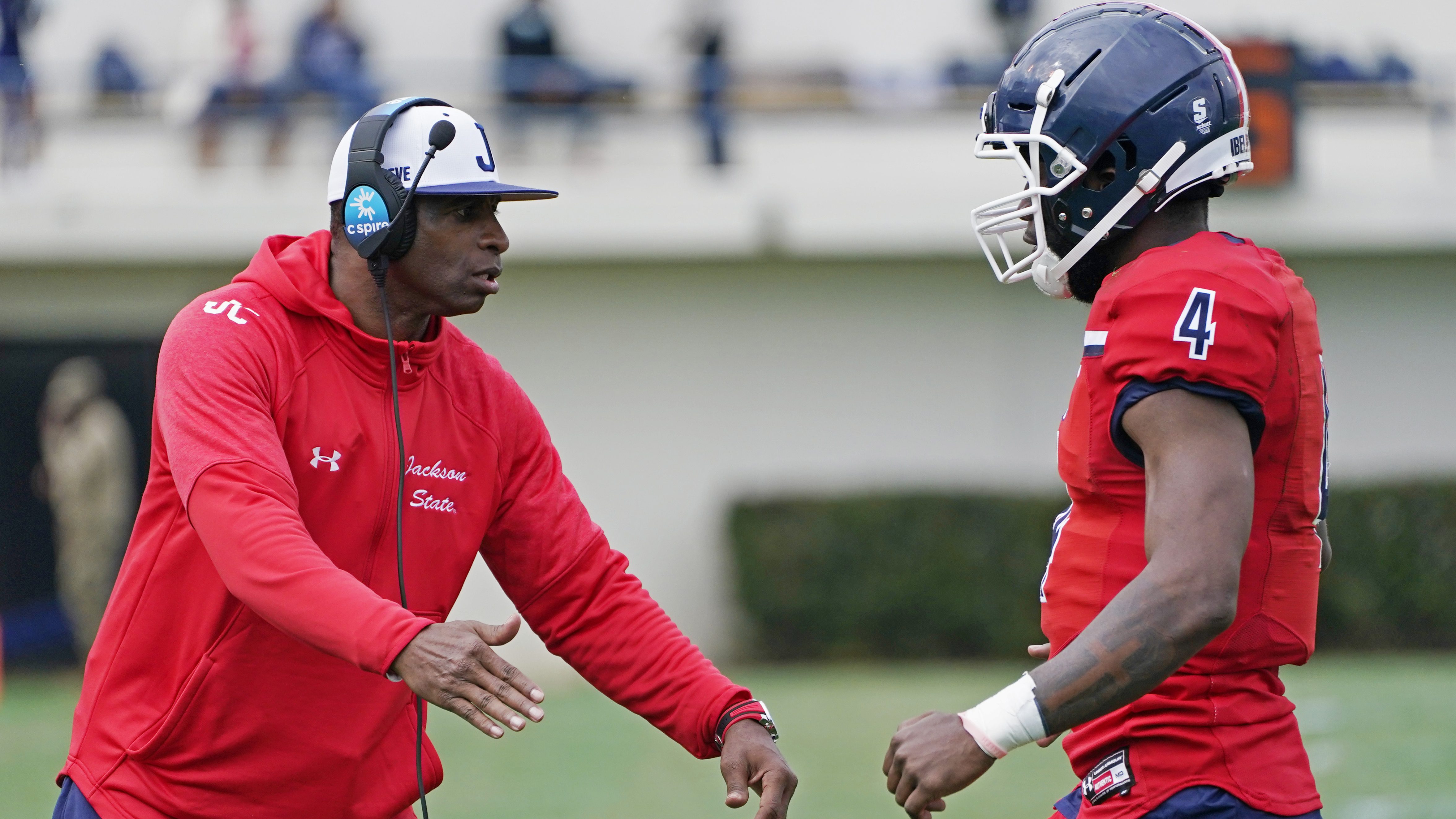 Just like he’s done in Jackson, he made himself a member of the community, which allows him to move freely.

The local folks stop seeing him as an NFL Hall of Famer or celebrity and view him as a regular dude, so they don’t ask for autographs and pictures because they see and talk to him all the time.

“What I found most impressive is his desire to become entrenched in the community and his willingness to reach out to people,” Lumumba said. “The fame and the name ultimately fades if you don’t demonstrate to the people of Jackson that you care about them and you’re just as interested in getting to know them as they are getting to know you.

“He wants to be more than a football coach, he wants to uplift the community.”

It all starts with winning football games, though.

Jackson State is 3-0 this season and has outscored its opponents 129-35. Jackson State beat Grambling 33-28, ending a five-game losing streak to Grambling as well as its 16-game home winning streak.

After the win, Sanders praised Jackson for its resiliency.

Mississippi doesn’t have a professional football team. For some folks, Jackson State fills that niche.

Its fan base is a lot more than alums and students. The team belongs to the city, and winning football games provides Jackson with an energy that losing doesn’t.

“When the program is rocking and rolling, not only is it exciting and a sense of energy and joy for the city,” Lumumba said. “It quite literally means revenue and economic development. More people coming for homecoming, more people coming each home game. More paraphernalia being sold around the city. More businesses hold festivals.

“The fact that he’s had early success means there’s energy. Jackson State football gives the city a sense of place.”

And a sense of community.