The defiant power of ‘Nope’s’ homage to ‘Akira’

One of the beautiful aspects of Jordan Peele’s films is the way he creates space for Black people in places that previously felt like we weren’t welcome. He centers Black people, Black stories, Black survival and Black heroics in a horror genre that has traditionally painted Black characters as the villains or the sacrificial side character in service of white stars.

His latest movie, Nope, reclaims Black pioneers’ rightful place as innovators who helped make Hollywood what it is, while also commenting on our society’s addiction to spectacle. Most of the movie centers on the fictional Haywood family’s quest to reestablish their place in movie history by capturing one great visual shot of a murderous alien. But there’s one camera shot near the end of the film that centers Black people in another important conversation: Actress Keke Palmer reenacting the famous “Akira slide.”

In the scene, Palmer zooms through the dusty landscape on a motorcycle, police tape collecting around her body as she slides away from the camera. On its own, it’s a feat of brilliant action-movie cinematography. But it has a larger meaning as well. The shot is an homage to the Japanese animated movie Akira, and its execution represents a Black director centering a Black woman in a piece of sci-fi/nerd/pop culture lore that has so often denied those who look like her by white, male-centric gatekeepers. Palmer hitting the Akira Slide in Nope is a revolutionary and defiant act. 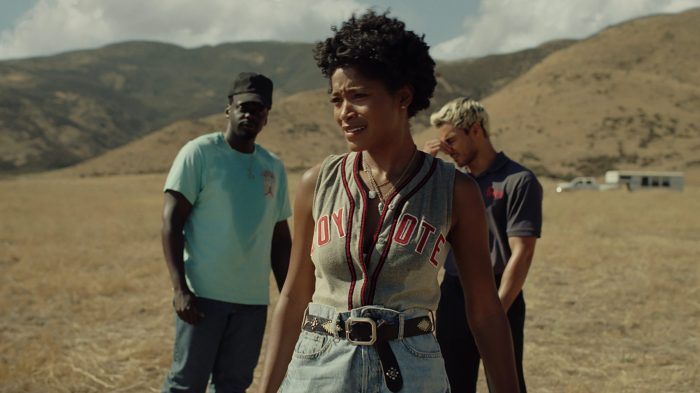 I’d avoided watching the trailers before the film was released and as a result, I’d missed the slide in the online promotions. So when I saw the shot in the theater, I cheered loudly enough to embarrass my teenager sitting next to me.

Akira is a 1988 animated movie by Japanese artist and filmmaker Katsuhiro Ôtomo based on his best-selling manga comic book series of the same name. The story takes place in a postapocalyptic Neo Tokyo, a city rebuilt after nuclear war decimated Japan, and follows a biker gang that gets tangled up in government conspiracies and the supernatural. While the movie’s plot is messy, bogged down by trying to condense six volumes of text into a couple of hours, the visuals made it a worldwide phenomenon and helped anime become popular in the West.

The sprawling cityscape of Neo Tokyo, the detailed animation of street violence and the scope of the final act’s devastation added up to cinematic magic. And one of the opening scenes has captured imaginations for decades. In it, the biker gang, led by main character Shotaro Kaneda, has a high-speed chase with the Clown gang and there is a shot of Kaneda sliding across the street while braking on his red motorcycle. It not only looks badass, it has become widely influential. That slide has been re-created for decades in everything from Pokemon to Batman: The Animated Series to the Lego movie franchise.

Each instance is an homage to Akira, but also an acknowledgement that the work is following a tradition. Until Nope, the move has never directly been re-created in live-action (this clip from X-Men Origins: Wolverine is the closest approximation).

Peele, of course, is a student of moviemaking and understood the significance of what he was doing by referencing Akira.

“It felt so good — it’s a moment that’s been paid homage many times in animation, and I hadn’t seen it done like this,” he told Slash Film. “And so to have, something about having a Black woman on a white motorcycle with having broken police tape do that ‘Akira slide,’ just felt like, ‘You know what, Jordan? Go for it.’ ”

Audiences have become accustomed to Peele’s movies being full of double meanings and hidden messages. Palmer’s Akira slide is no different. The police tape around her neck reminds us that Black folks, especially Black women, have often been excluded — policed even — from being part of sci-fi and fantasy. This all fits the larger theme of Nope about a family trying to claim its familial legacy in film. 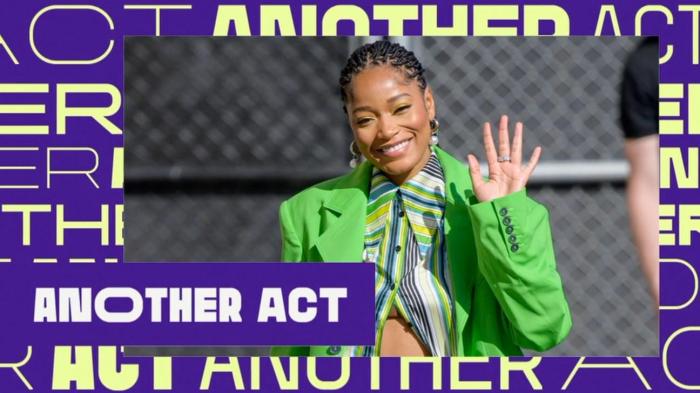 Parker’s slide does exactly that for Black nerds. From comic book stores and conventions that often exclude Black people to the way women such as Moses Ingram (Reva in Obi-Wan Kenobi) and Anna Diop (Starfire in Teen Titans) have had to endure online harassment for merely being Black in sci-fi, there has always been a barrier to entry for Black women in nerd culture. This is despite the fact that artists such as authors Octavia Butler and N.K. Jemisin and singer Janelle Monáe have been integral to the stories and aesthetics that so many of the conventions and comic book stores embrace.

When Peele and Palmer occupy that space, they are defying the boundaries and breaking through the denials and harassment, not to be part of discriminatory white spaces, but to declare that we are part of our own tradition.