Deandre Ayton and the Suns are earning their respect

Deandre Ayton sported the words “Respect Us” on the back of his jersey in the NBA bubble last season in hopes that people will one day embrace others from different backgrounds. But the Phoenix Suns center also used “Respect Us” as a message to other teams around the NBA.

“ ‘Respect Us’ has come a long way, because not only am I focusing my attention on what’s happening in the world, but I’m also talking to the league as well, telling them to respect us,” Ayton told The Undefeated. “And we’re going to show you why you have to respect us.

“So what we did in the bubble, we were 8-0, could’ve lost any game. And we played hard like it was the playoffs. We treated it like playoffs and we got way more out of it than people thought. … And that’s why I say ‘respect us,’ because you don’t know our team, but we’re going to show you why you have to respect our team.”

This season, the Suns (26-12) have been one of the NBA’s top teams. Most of the attention during their rise in the West has been given to star guard Devin Booker and the arrival of Chris Paul, but Ayton deserves credit as well.

Paul believes the best is yet to come for the Bahamas native.

“D.A. is full of personality. If you’re around him, you can’t help but to love him because of his energy and how good of a person he is,” Paul said. “I think myself as well as Jae [Crowder] and ‘Book,’ all of us are showing him what it takes to make it to the next level.

“It is one thing to be a really good player, but when you want to be elite you got to bring it every night. You got to make sure they are talking about you on the scouting report and it’s really, really hard. But I think he is more than capable, and it’s great to be a part of this process with him.”

Ayton recently talked to The Undefeated about learning from Paul, his brotherhood with Booker and much more.

What did going undefeated in the NBA bubble last season do for the Suns’ confidence?

Before it, there was a lot of disrespect. Something negative. You know what I’m saying? I’m like, ‘What the heck?’ And you know me, I’m a competitor and I love to win. And the professionalism we got in the bubble, not getting tired of winning and approaching the game the right way, it became contagious to the whole team. And practicing every day in that bubble, seeing the ball every day, thinking about basketball every day, it changed the game. 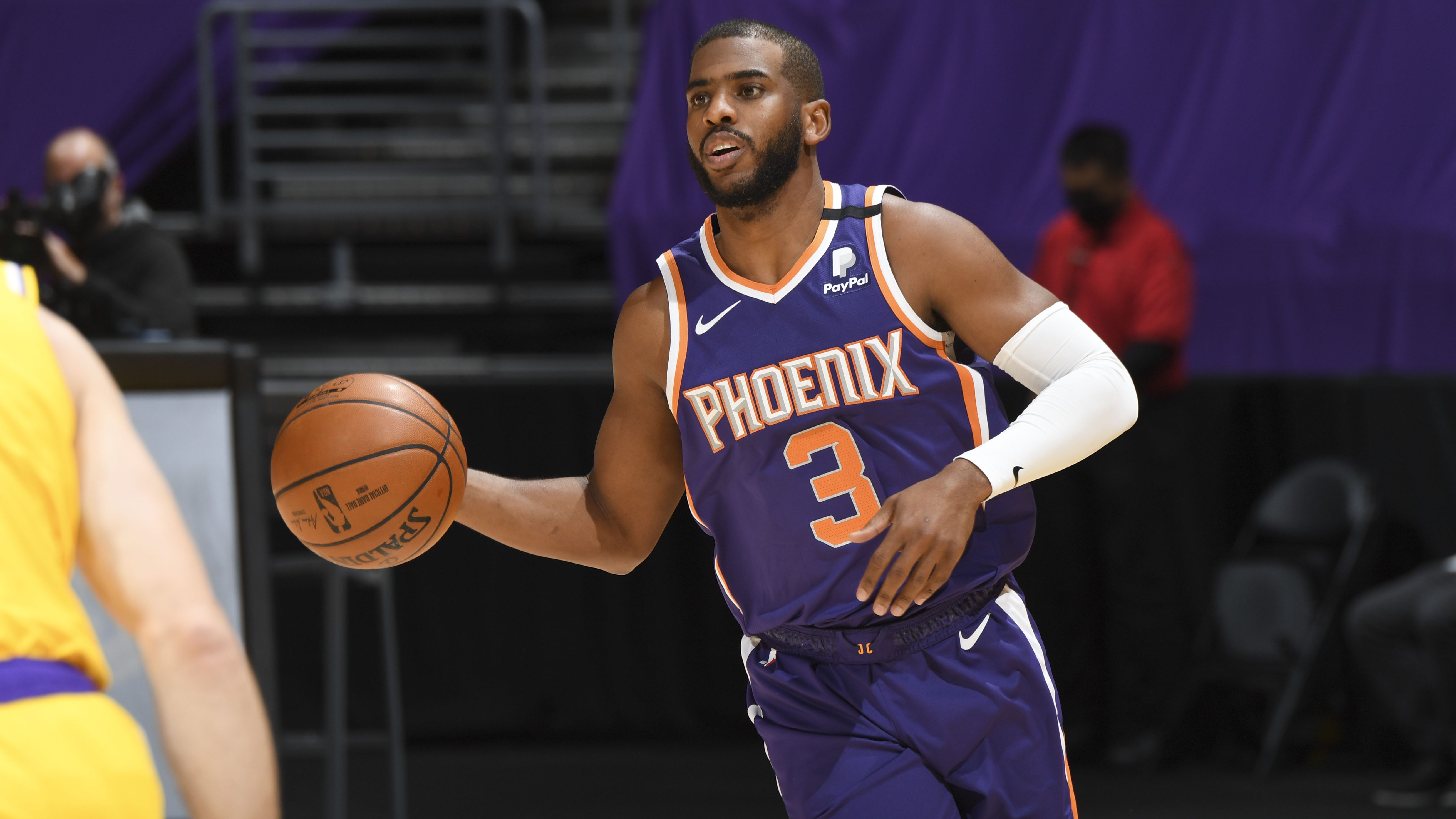 What has Chris Paul done for your career since he arrived in Phoenix?

CP, he really pays attention to a lot of details and he’s on you.

Was playing with him a little intimidating at first?

No, never intimidated me. I love it. I’ve been telling people, as a basketball player, this is the first time a player was on me so much in a good way. He said he cares. He’s like, ‘Bro, I know you nice. I know you can do this. But there is a way to do it at a consistent high level every night. Night in, night out.’

In terms of your game, how do you feel about where you are now and what do you want to improve on?

I’ve worked on my conditioning and all that extra stuff, but I already surpass all of that. So, the only thing is me locking in on teams and what they throw at me and knowing everything they got was their bread and butter, and knowing that I could stop it and call it out early.

Does living up to being the No. 1 pick in the draft give you motivation?

Can’t nobody tell me what I can and can’t do, to be honest. I know how hard I work and I know what kind of a player and person I am. So I just make sure I keep that same mentality when I come off this court. I show great energy.

What did you do during the All-Star break?

I was busy delivering my firstborn, to be honest. I was in the hospital the whole time. … I was just busy doing that. It’s different, my whole life. If you really want to be a good dad, it’s some pressure. And I named him after me, so I got a legacy for him to continue for me. So I got a lot to do.

What are your thoughts on the Suns’ Big Three of you, Devin Booker and Chris Paul?

Our Big Three is different. Anybody can [take over] on any given night. Anybody. From starters to the bench players, this team is well-balanced. And we compete, we challenge each other every day. And to be honest, it’s the best team I’ve ever been on throughout my career, ever. I never felt so comfortable with me not being on the court and knowing that my guys are going to handle business and know that when I get back in the game, they know it’s over. 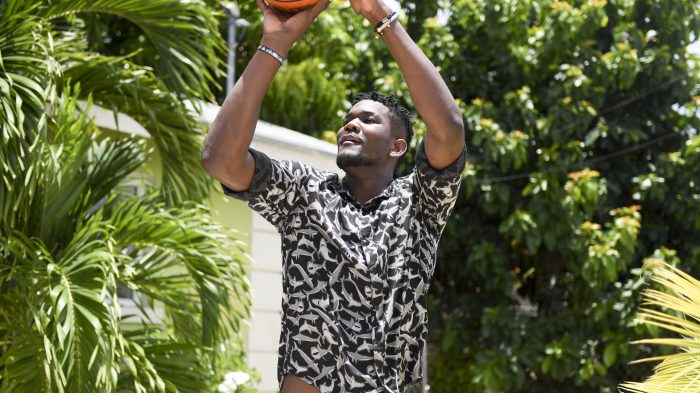 Do you and the Suns talk championship or talk playoffs?

We know where we want to go. It’s bigger than where we’ve ever been. That’s all I can tell you. We are not just playing to be part of the playoffs. That’s a hell no. We ain’t doing that.

What do you think about Devin Booker‘s progression as a star?

That’s my older brother. And we went through a lot of ups and downs to get to the relationship we have now. And the progress that he’s made in showing us what type of player he is, it’s literally unbelievable because he flipped the switch in a way. People didn’t know he could be this type of player and still do what we do with a team like this. They’ve only seen Book as a scorer and not winning games in his career. And now Book is doing all of that and he’s winning.

The dude has even turned into this two-way type of player, where he’s coming down, chasing people down. And it’s just this certain effort that he’s giving every night, it’s so great to watch and you could feel his energy every night. And it’s really him, he’s really a hooper.

What has second-year Suns head coach Monty Williams done for you?

Monty has been like a whole father figure in a way. Everybody knows he treats me like I’m his son. He does it to everybody, but me, yeah, he be on me. But in a great way, knowing that I could do what I could do every night and he just wants the best for me. He’s a different human being when it comes to love. He really loves his guys. He loves his team and he shows it in such a different way where he’s thinking about us all the time. No matter what he’s going through in his personal life, you won’t really know unless he shares it with you. And he shows you this level of how to get over adversity and anything you want is on the other side.

You were suspended for 25 games without pay last season for violating the terms of the NBA/NBPA Anti-Drug Program after testing positive for a diuretic. During the NBA bubble, you once missed a mandatory COVID-19 test and weren’t cleared to play in a key game the next day until a second test came back negative. What did you learn from those incidents?

Just learning from my mistakes and accepting it, and looking in the mirror saying, that isn’t me, and continuing to make good progress in myself as a man, as a player. I just make sure I continue [improving] every day and stay on top of my A-game.

All that stuff is really in your head because now I have a son. It’s a whole different ballgame. I can’t even express what the real feeling is, to be honest. I just know there’s a whole chip on my shoulder where it’s not just basketball, but life.