Tremane McCullough will forever remember his mother’s screams of anguish, the ones that startled him out of his sleep. McCullough was 14 years old, sharing a hotel room with his mom while they attended a church conference in Orlando, Florida, in 2007. It was around 4 a.m., and his mother had just learned that McCullough’s older brother, Tavaris, had been shot and killed by a police officer in their hometown of West Palm Beach, Florida.

For several years afterward, McCullough said, he hated all cops, wouldn’t look at them.

On Thursday, McCullough, now a senior running back at Southeast Missouri State University and a preseason All-Ohio Valley Conference selection, may end up in the same backfield with some police officers.

And he welcomes the opportunity.

In what’s being dubbed as the “Cops and Hawks Bowl” in Cape Girardeau, Missouri, members of the Redhawks football team will join area law enforcement officers for a flag football tournament on July 21, all in an effort, McCullough said, to combat stereotypes and develop deeper empathy and understanding on both sides.

“I just hope it’s a lot of fun and everybody is coming together, talking,” he said Monday. “Hopefully we can take pictures with the cops and have a great time and put it out in the media. It’s important to show people there can be unity.”

Third-year Southeast Missouri coach Tom Matukewicz was on vacation with his family in the Lake of the Ozarks earlier this month when news arrived of the shooting deaths of five Dallas police officers. Sipping on coffee with his wife, Lenna, he turned to her and said that after hearing this news, on top of the shootings in Louisiana and Minnesota, he had to get involved. “I’m not black and I’m not a cop; what am I supposed to say?” he recalled Monday. “But I do know that if you don’t do anything, the problems get worse. And I’m mad. I’m embarrassed this is America right now. We can’t say this is someone else’s problem. It’s your problem, my problem, everybody’s problem. We’ve got to fix this thing. It’s not OK.” 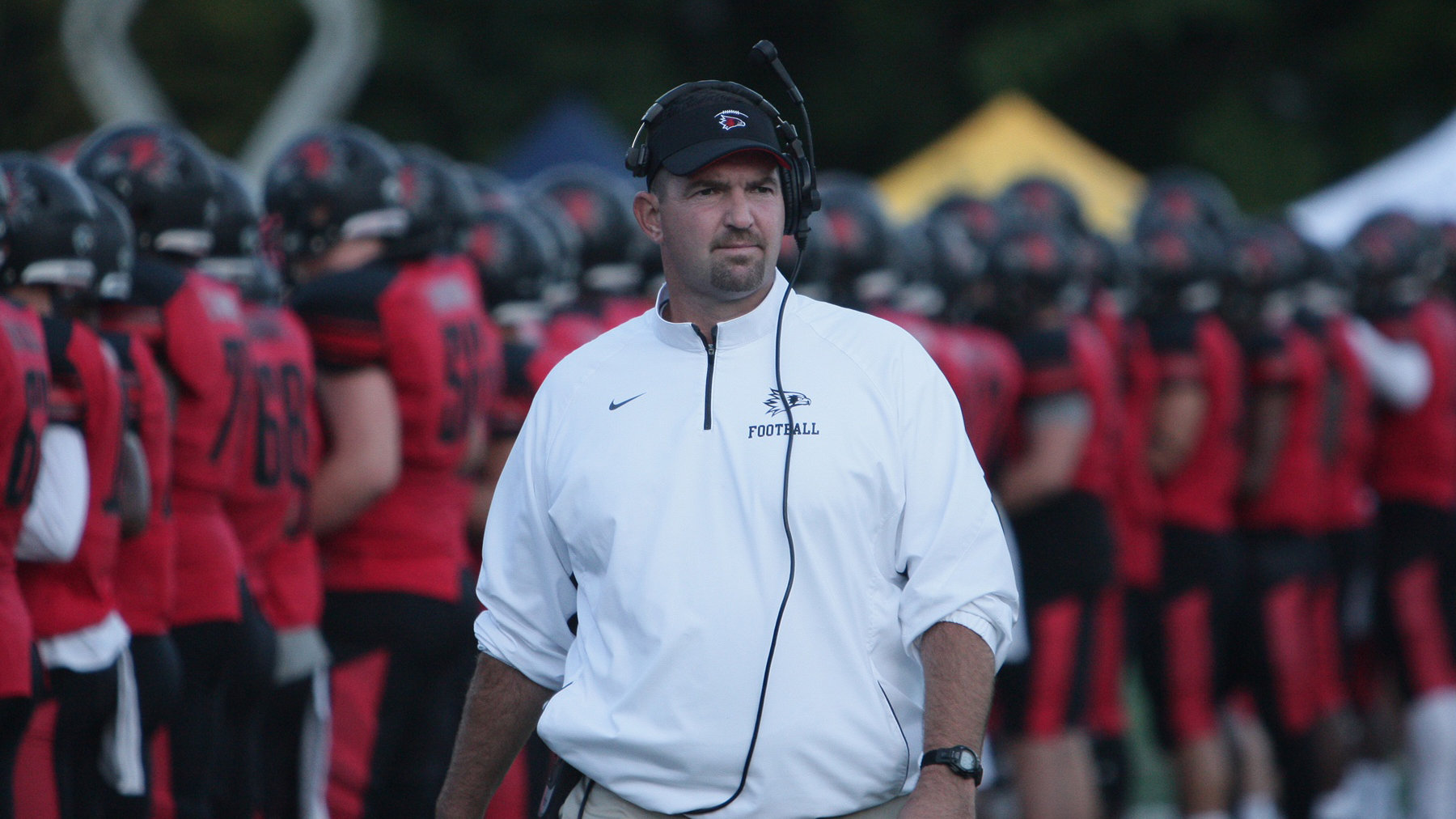 He texted a group of his players, which he calls the Leadership Council, and asked if any of them had ideas on how the team could be part of the solution to the violence in this country. Quarterback Dante Vandeven suggested the flag football game. And rather than Cops versus Hawks, the players wanted to mix up the teams. On Thursday evening in “The Cape,” a Mississippi River town 115 miles south of St. Louis, they’ll all be in it together, Cops and Hawks.

Matukewicz, who is white and grew up in Kansas, said that though his relations with the local police force are strong, he constantly worries about the safety of his African-American players.

Though the idea for the flag football game came from one of his players, Matukewicz said, not all of his guys are on board with the idea. Some players have fathers who are cops, while others say they have been harassed by officers. Those players aren’t thrilled about tossing the pigskin with them or sharing a postgame meal, where senior linebacker Terrance Hill will talk about his experiences with police officers, and Cape Girardeau Police Chief Wes Blair will share his thoughts on the recent shootings and the daily life of an officer. Proceeds from the game will benefit Backstoppers, a nonprofit organization that supports the families of fallen first responders in Missouri and Illinois.

“There’s a lot of people uncomfortable with this on my team,” Matukewicz said. “They’re pissed, maybe mad at the cops. And we have some players who have dads who are cops, so this is real now. This isn’t warm and fuzzy sometimes.”

It would have been easier to do nothing, the coach said. That was his approach last year. “I just didn’t bring it up. It’s not like this is a new subject,” he said. “It’s easy to do nothing. You’re safe. But [playing it] safe is what got us in this damn problem. Not talking. We’ve got to do something. We have to talk about this. That’s our problem in this society. We don’t talk to each other.” 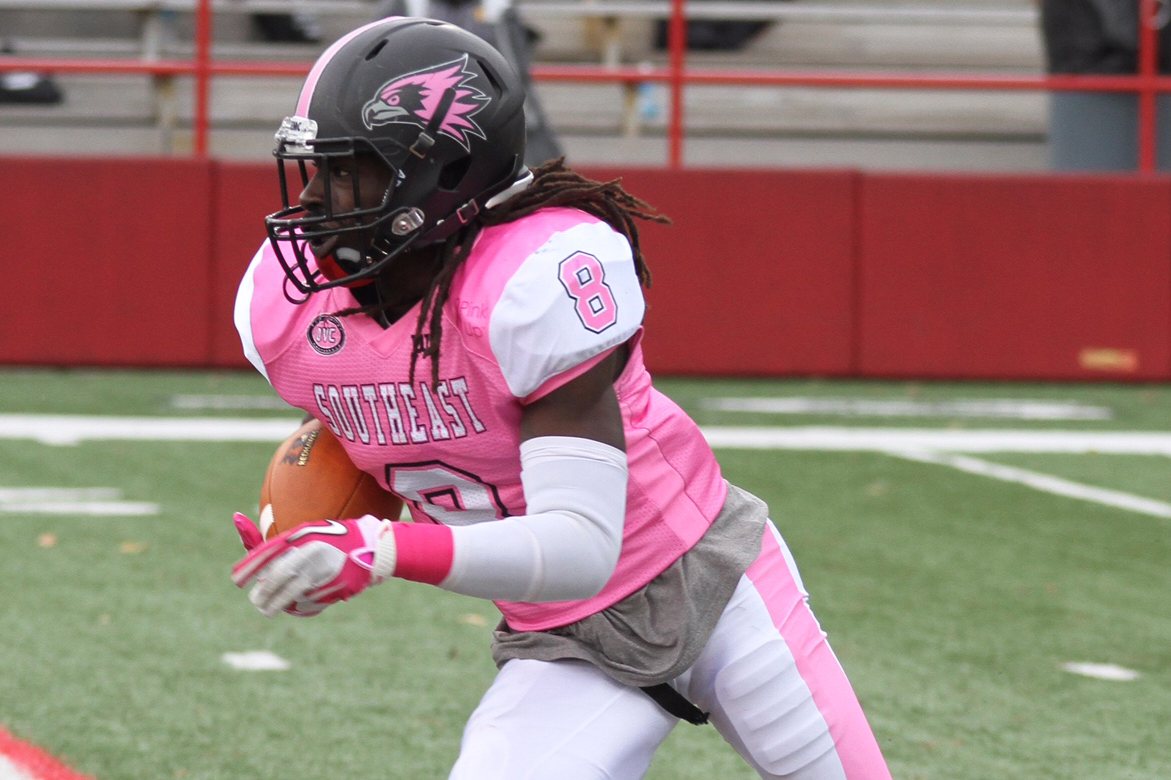 McCullough said he’s not sure if his coach will actually let him play in the exhibition Thursday. “Coach Tuke” may make his star players sit this one out, perhaps serve as referees, just to avoid any freak injuries. Regardless, this game, the game of football in a larger sense, means everything to McCullough. Putting himself in position to play pro football (despite his small size at 5-foot-10, 170 pounds, Matukewicz calls him the toughest guy on the team) has been his life’s mission ever since he can remember. He is fulfilling the dreams of his two deceased older brothers, since Tavaris wasn’t the only McCullough whose life was ended early by bullets. Dondi, McCullough’s other brother, was killed in 2013 in a neighborhood dispute. A prosecutor described the killing as senseless, a surprise act of vengeance over a woman that ended with 14 shots fired at a defenseless Dondi.

McCullough said the violence that took his brothers’ lives was a fact of life in West Palm Beach. He saw drugs and gangs and shootouts, but focusing on football kept him out of trouble. Neither the police officer who shot Tavaris nor the man who shot Dondi was white. Violence is violence, McCullough said.

“You can’t just look at white officers shooting black kids, because black police shoot black kids, too,” he said. “At the same time, you have black people killing black people, also. I don’t look at it as racial. Black Lives Matter, All Lives Matter. It’s sad that all these things happen. I just wish it could change. We need to come together as one big family in this world.”

Can a flag football game in a Mississippi River town be a step in the right direction?

“I hope it’s life-changing,” Matukewicz said. “On both sides.”