Colin Kaepernick’s rise from quarterback to social activist: a timeline

The former 49ers quarterback started a movement when he took a knee, and the rest was history

When then-San Francisco 49ers quarterback Colin Kaepernick decided to sit (and later kneel) for the national anthem during the 2016 NFL preseason, it started a chain of events that eventually led to Kaepernick filing a grievance against league owners for collusion and, most recently, being presented a Muhammad Ali Legacy Award by Beyoncé.

As we look back at the year that was athlete activism, from creating the Players Coalition in professional football to the NBA champions refusing to visit the Trump White House, The Undefeated goes back to where it all began with Kaepernick the summer of 2016, providing a month-by-month timeline of the quarterback’s fight for equality and against the NFL.

San Francisco 49ers quarterback Colin Kaepernick sits for the national anthem during the team’s third preseason game, telling NFL Media, “I am not going to stand up to show pride in a flag for a country that oppresses black people and people of color.”

Presidential candidate Donald Trump says Kaepernick maybe “should find a country that works better for him” because kneeling for the anthem is “not a good thing.”

Kaepernick says he’s received death threats via “a couple of different avenues” in response to his demonstrations, adding that “if something like that were to happen, you’ve proved my point and it will be loud and clear for everyone why it happened and that would move this movement forward at a greater speed than what it is even now.”

Every player on the WNBA’s Indiana Fever locks arms and kneels while two players from the Phoenix Mercury also kneel during the anthem before a playoff game.

Time magazine puts Kaepernick on its cover with the headline The Perilous Fight.

Kaepernick and the 49ers agree to restructure his contract, eliminating the final four years of the deal and giving the team more financial flexibility in the event Kaepernick was injured.

Kaepernick starts first game of the season during Week 6 versus the Buffalo Bills, throwing for 187 yards and one touchdown and rushing for an additional 66 yards in a 45-16 loss.

Kaepernick chooses not to vote in the presidential election because “the system still remains intact that oppresses people of color.”

Teresa and Rick Kaepernick, Kaepernick’s parents, tell The Undefeated they support their son’s protest and they “want people to know that we are very proud of our son and admire his strength and courage in kneeling for the rights of others.”

Former NFL quarterback Chris Simms predicts Kaepernick won’t be in the NFL in 2017 “because the NFL is the ultimate right wing, Republican league there is.”

Kaepernick is voted by his teammates as the winner of the Len Eshmont Award, given to a player on the team who “best exemplifies the inspirational and courageous play of Len Eshmont, an original member of the 1946 49ers team.”

Kaepernick plays what will be his last game for the 49ers, throwing for 215 yards and one touchdown in a 25-23 loss to the Seattle Seahawks. “I can’t express how grateful I am to have teammates like I did this year,” Kaepernick said after the game. “They stood behind me, regardless of any situation that went on.”

New 49ers general manager John Lynch on possibly re-signing Kaepernick: “Every time we talk about Kap, I think of the guy that was in the Super Bowl. … That wasn’t that far away.”

Kaepernick says he will stand for the anthem during the 2017 season and going forward, according to ESPN’s Adam Schefter.

Kaepernick opts out of the final season of his contract with the 49ers, becoming a free agent.

An anonymous general manager says NFL teams are avoiding signing Kaepernick because “they think there might be protests or [President Donald] Trump will tweet about the team.”

Former 49ers teammate Eric Reed says he will not continue kneeling for the national anthem going forward because “our goal was to open up the floor to conversation. I believe we’ve achieved that goal.”

Kaepernick visits the Seahawks, the first and only team he has publicly visited since becoming a free agent.

Lynch says the 49ers were planning to release Kaepernick if he hadn’t opted out of his contract. “Yes, [he would have been cut] and we had that conversation with him,” the general manager told Pro Football Talk.

Seahawks coach Pete Carroll says Kaepernick is “a starter in this league, and I can’t imagine that someone won’t give him a chance to play.”

Kaepernick comes in at No. 39 in the NFL’s official top 50 merchandise sales, the only free agent to do so.

More than 1,500 demonstrators convene outside the NFL headquarters in New York City for the United We Stand: Rally for Colin Kaepernick.

An entire Illinois Pee Wee football team made up of 8-year-olds kneels during the anthem.

Iowa high school football player Darius Moore kneels during the anthem and is called the N-word a week later by a schoolmate on social media site Snapchat.

Some members of the Kennesaw State cheerleading squad take a knee to protest racial injustice.

The Howard cheerleading squad takes a knee before a football game against North Carolina A&T, which catches the eye of the New York Times.

Kaepernick files a grievance against NFL owners for collusion, accusing the league and its owners of colluding “to deprive Mr. Kaepernick of employment rights in retaliation for Mr. Kaepernick’s leadership and advocacy for equality and social justice and his bringing awareness to peculiar institutions still undermining racial equality in the United States.”

League executives, team owners and players meet about community activism and the league policy on standing for the anthem.

Kaepernick is reportedly invited to a second players-owners meeting, but the quarterback’s lawyer says no formal invitation was sent to Kaepernick.

NFL meeting with Kaepernick falls through after the league rejects the quarterback’s request for a mediator to be present.

NFL agrees to partner with its players to produce social justice change, pledging $89 million to causes important to the African-American community. Players Reid and Michael Thomas break from the Players Coalition.

Beyoncé presents Kaepernick with the Sports Illustrated award during a ceremony at the Barclays Center in New York.

Kaepernick announces that he and a collection of friends will donate the final $100,000 of his $1 million pledge over 10 days.

Kaepernick extends the donation period into the next month and eventually raises at least $460,000.

Kaepernick is spotted (and later posts videos of himself) throwing passes at a Houston workout facility, the first known footage of him working out since he opted into free agency.

Hall of Fame running back O.J. Simpson, recently released from a nine-year prison term, says Kaepernick “made a bad choice in attacking the flag.”

The Seahawks postpone an in-person visit to the team’s headquarters after Kaepernick wouldn’t assure them that he wouldn’t kneel for the upcoming season, according to Schefter.

The Seahawks sign quarterback Stephen Morris, who has never played in an NFL game.

NFL unanimously approve a new national anthem policy that requires players to stand if they are on the field or stay in the locker room during the performance if they choose not to stand.

The Miami Dolphins say they could suspend players up to four games for not standing for the anthem. A day later, the league and NFL Players Association announce the new anthem policy will not be “enforced” until the two sides come to an agreement.

Electronic Arts, maker of the Madden NFL video game franchise, removes a reference to Kaepernick’s name from rapper YG’s song “Big Bank,” which is used in the soundtrack of the game. The video game company later apologizes for the omission, calling it an “unfortunate mistake” due to a misunderstanding of the rights to use Kaepernick’s name.

Nike taps Kaepernick as one of the faces of its 30th anniversary celebration of the iconic “Just Do It” campaign, using the quarterback in social ads and television commercials.

Mark Geragos, Kaepernick’s attorney, insinuates to TMZ that at least two NFL teams are interested in signing his client to a contract.

Kaepernick files trademark for a black-and-white image of his face and hair with the U.S. Patent and Trademark Office.

Harvard University awards Kaepernick with its W.E.B. Du Bois Medal for “contributions to African and African-American culture and the life of the mind.”

The 49ers apologize for omitting images of Kaepernick from its online photo gallery celebrating the team’s history against the Green Bay Packers.

Washington Redskins head coach Jay Gruden says the team discussed signing Kaepernick after season-ending injuries to starter Alex Smith and backup Colt McCoy but decided against it because “There’s not a lot of time to get a brand-new quarterback and system installed in a couple of days.”

A survey by The Athletic finds that 95 percent of NFL defensive players believe Kaepernick should be on a roster.

Multiple close associates of Kaepernick push back on report that he and rapper Travis Scott had “mutual respect and understanding” after Scott spoke to Kaepernick over the phone about performing during halftime of the Super Bowl. 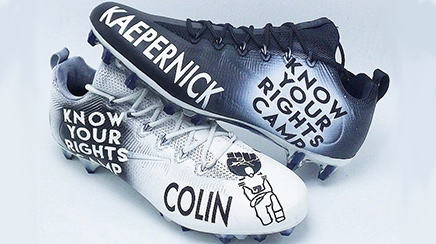 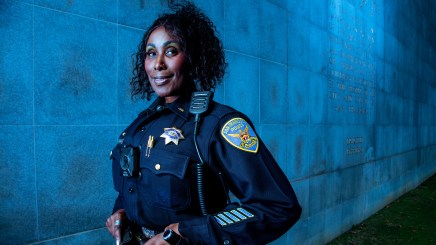 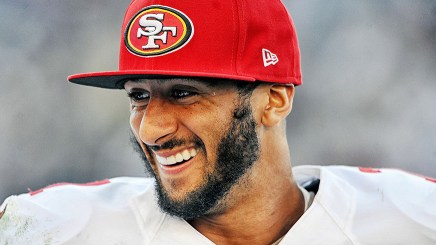 Colin Kaepernick’s parents break silence: “We absolutely do support him”

This story has been updated since its original publication on Dec. 29, 2017, to reflect recent events.