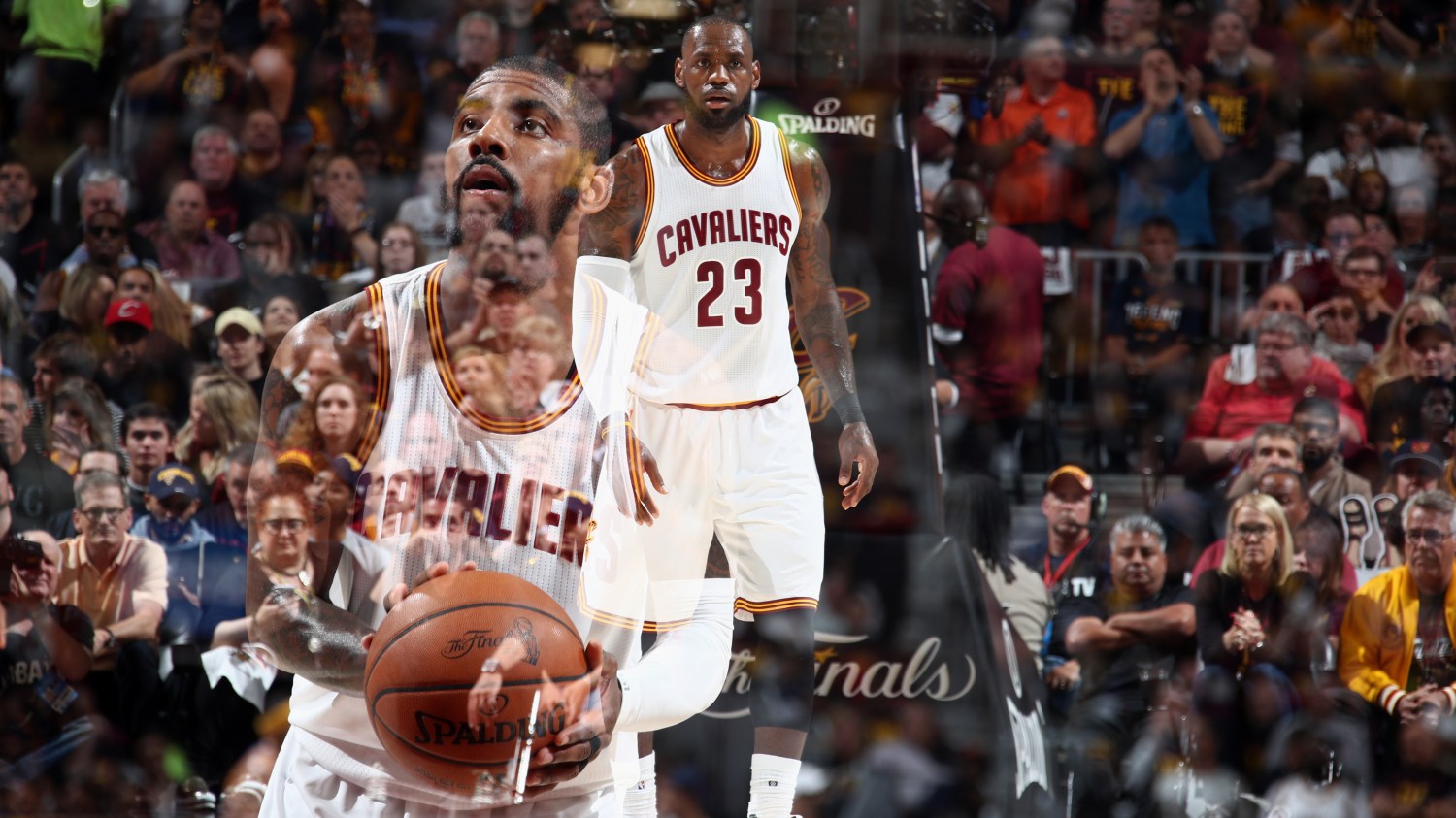 Kyrie Irving got tired of being ‘son’ to LeBron

Win or lose, James dominated the narrative in Cleveland

Back on July 11, 2014, when LeBron James penned that “I’m Coming Home” letter through Sports Illustrated, he was not invited by Kyrie Irving.

The Cleveland Cavaliers’ miniature scoring sensation didn’t know James was coming back — 10 days after he agreed to a five-year, $90 million max extension. Irving didn’t particularly care for James to return to Cleveland. And now, three years later — after three straight trips to the NBA Finals, including a title — it’s official:

Kyrie Irving does not want to play with LeBron James.

The question is why.

When you’re universally recognized as the best in the world, why would any player want to leave you? What has James done? And what is it about James that pushed Irving to say, essentially, “I simply can’t take it anymore”?

If nothing else, be clear that you’re not about to get answers to those questions from James himself. The man who used to be King — having lost his crown and, arguably, his stature as the best in the world now that Kevin Durant has burst onto the championship scene — isn’t about to lose his crown as the king of PR, too.

Courtesy of tweets and Instagram posts rife with innuendo yet always short on details, perhaps the one thing that interests James more than winning titles is controlling narratives.

When the Cavs win, it’s because James is leading.

When they’re struggling, it’s James who says he needs help.

Team unity issues? Let’s take a picture. But not you, Kevin Love.

Mistakes in a game? It’s Tristan Thompson … not me, says James, with his public histrionics. Until Thompson steps right back to him publicly, that is.

Lose in the Finals? Walk off the court draped with a look of resignation, only to post a video of you working hard in the gym just days later on social media — on the very day the Golden State Warriors have scheduled their championship parade.

One would think when you’ve lost an NBA Finals for the fifth time, you’d go hide someplace, lick your proverbial wounds and get set to battle another day. Yet, in the case of James, the growing sentiment appears to be: “Look at the triple-double (33.6 points per game, 12 rebounds per game, 10 assists per game) I averaged in the Finals. Clearly, I did my job. I’m good.”

Still wondering why Irving has a problem deferring to the King?

If or when Irving is ultimately traded to one of his preferred destinations (Minnesota, New York, Miami or San Antonio) or someplace else the Cavs decide to ship him, here is the one thing he most assuredly will capture: not having to defer to the aura of all things LeBron James.

From his words to his body language and even to his silence, the microscope on Irving will significantly dim.

Perhaps it won’t work out for him at all. He might end up looking like an absolute fool for departing from James, still widely considered the game’s greatest. But it’s clear that’s a risk Irving is willing to take.

So how can we blame him?

Just because someone is greater (James) doesn’t mean that Irving isn’t great. He did just finish averaging 29 PPG in the Finals. Last season, he averaged 27 PPG in the Finals, dropping 41 points in Game 5 and hitting the title-clincher in Game 7.

“Kyrie isn’t saying he’s better than LeBron and should be seen that way,” a close confidant of Irving’s told me. “He’s saying he’s not about to let LeBron ‘SON’ him … treating him like he’s the child and LeBron’s the father or big brother he’s supposed to look up to.

“Kyrie knows he’s a franchise-caliber talent. He wants to be treated like it. And he’s tired of hearing about what LeBron needs, and he’s damn sure tired of hearing LeBron sound like he always needs more. As if the crew they have isn’t enough.”

What is not so simple is the nuance connected to James that drives more than a few folks batty.

On one hand, nothing ever seems enough for James. He’s a superstar of the highest order. Incredibly philanthropic. Just as much as we know about the titles — and title losses — we also know he’s donated his time and millions of dollars toward putting kids through school and uplifting his community in Akron, Ohio. He’s an extraordinary businessman and icon. He’s socially conscious and appropriately outspoken, almost always.

Consider that he was on the cover of Sports Illustrated at age 17, having now spent 14 years in the NBA, and that he has never been in any kind of trouble whatsoever. There aren’t enough laudables to fully appreciate his unquestionably pure greatness.

As a player. A role model. A father. A husband. A son. A businessman. An ambassador. A warrior, even, in the most authentic sense.

The flip side, however, is that maybe it’s not all about things being enough for James. Maybe, instead, it’s all about James going for it all … all the time.

Translation: Winning just on the basketball court isn’t enough for James. Clearly, he wants it to be about how he projects as a leader. About setting that shining example. And being loved, adored, idolized, even deified, for it.

Maybe that’s what James was saying when he proclaimed he’s chasing ghosts. Why he believes he can eclipse Michael Jordan.

Jordan may be an unblemished 6-0 in the NBA Finals and have three more rings than James. But for all the charitable things Jordan has done, it’s never publicized much. It’s James, not Jordan, who has been synonymous with impoverished communities he’s personally committed to uplifting. And James isn’t the one saddled with the infamous quote: “Republicans buy shoes, too!”

For the moment, however, who cares?

James is an incredible human being. It doesn’t appear that will change, and we should all hope it won’t.

But it doesn’t change the fact that he’s lost another NBA Finals. That he’s on the verge of losing a star teammate. That stars such as Chris Paul and Carmelo Anthony appear to have had chances to end up in Cleveland, yet had — and have — preferred to play elsewhere.

And now the world is wondering what James, or the mystique that accompanies him, has to do with all of that, exactly.

No one was thinking in such ways a month ago. We were all too busy marveling at the greatness being put on display by James, who was outmanned and outnumbered and still shined. But that was before the Cavs lost, dysfunction kicked in with the organization yet again, trade rumors swirled and Irving said, “Enough.”

Irving could’ve pointed in a variety of directions (owner Dan Gilbert, specifically) as the cause of his irritation.

Privately, he pointed right at James and didn’t want to play second fiddle to him next season. Tired of flagrant preferential treatment, James’ indecisiveness about his future and James’ ability to manipulate storylines in his favor, Irving has had it.

If there was ever a time to investigate exactly why that is, that time is now. Before James has time to conjure up reasons that may make all the sense in the world — but still may fall shy of the actual truth.

Stephen A. Smith is the co-host on ESPN’s First Take and a regular NBA analyst for the network. He also hosts the daily Stephen A. Smith Show broadcast on SiriusXM’s ESPN Radio channel and aired on ESPN stations in New York and Los Angeles. He is a former columnist and NBA beat writer for The Philadelphia Inquirer.