From Indianapolis to Cleveland, the veteran quarterback has long been a stabilizer for NFL franchises in transition: ‘I knew I was the right person for it.’

Daniels, who coached Brissett at Dwyer High School in Palm Beach Gardens, Florida, excitedly watched Brissett lead the Cleveland Browns to an overtime victory Sunday over the Tampa Bay Buccaneers. The victory was significant in so many ways.

Not only was it Brissett’s last scheduled start because Deshaun Watson’s 11-game suspension stemming from multiple allegations of sexual assault ended this week, and not only because Brissett beat legendary quarterback Tom Brady, who he backed up in New England. But Brissett proved once again his ability to overcome challenges to become a starter.

“My career, dating back to high school, prepared me for anything,” Brissett said. “Many things led up to this. That’s why I knew I was built for whatever situation I’d be put in.”

Daniels is all too familiar with Brissett’s ability to step up when called on. He couldn’t help but compare Brissett’s past to how well he played in Watson’s absence.

“He’s been through so much in his life, and this was just another obstacle,” Daniels said. “He thrives in situations like this. Of course, I’d like him to continue to start.”

“Jacoby put our team on his back,” Daniels said. “He was getting away from the pressure and making plays with his arm and his legs. Jacoby completed his first 12 passes, and I’m thinking, ‘Holy s—, we have something here.’ ”

Despite Brissett’s heroics, Dwyer lost by a field goal. But Dwyer would win the state championship the following year with Brissett.

“His play in the state semifinal is when I knew he was special,” Daniels said.

After high school, which also included Brissett leading his school to a state basketball title, he enrolled at the University of Florida but transferred to North Carolina State after only four starts in two years.

After starting for two years at North Carolina State, Brissett was a third-round draft pick of the New England Patriots in 2016. Except for the 2019 season, when Indianapolis Colts starter Andrew Luck unexpectedly retired two weeks before the season, Brissett has been a career backup.

Brissett finished with 2,942 yards, 18 touchdowns, and six interceptions in his lone season as a full-time starter. Apparently, it wasn’t enough. Brissett returned to backup quarterback in 2020 after the Colts signed Philip Rivers. Brissett spent last season as a backup with the Dolphins, then signed a one-year deal with the Browns in the offseason. 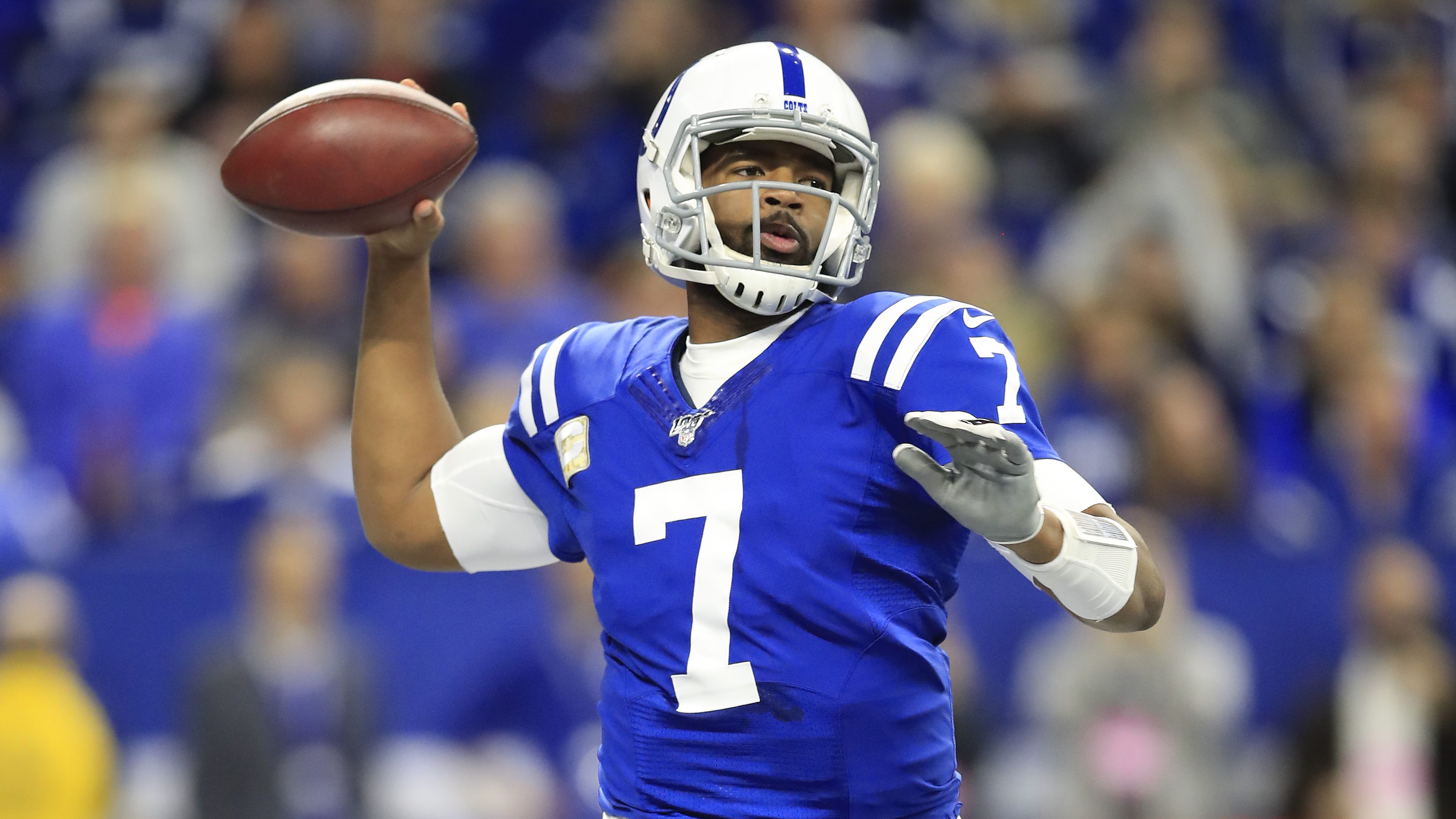 Jacoby Brissett just getting started: ‘He was not going to take a back seat to anyone’Read now

The in-limbo status surrounding Watson’s suspension, until it finally took effect in late August, led to Brissett being named starter. It was a unique situation, but he wasn’t deterred.

“I signed up for this,” Brissett said. “I knew what I was getting myself into. I knew it wasn’t going to be an easy task. I didn’t sign up for easy. I wasn’t brought here for easy, and I knew I was the right person for it. I have shown that.”

His 2,608 passing yards, 12 touchdowns, six interceptions and 64% completion rate this season haven’t gone unnoticed by his teammates. Brissett was especially impressive from Week 7 through 12. He completed 112 of 162 passes for 1,282 yards, six touchdowns and one interception, with a passer rating of 102.4, eighth best in the league in that span.

He also helped lead the Browns to fifth in the league in offensive yards per game (376.9).

“Jacoby has been amazing for us,” said Browns running back Nick Chubb. “He’s a great person overall and a very good player. He has done a lot of great things here. I love him. I love playing beside him.”

“He has provided outstanding leadership for this football team,” Stefanski said. “[He’s] good in the quarterback room, good in the offensive meeting room and good with the team. [He] has provided a very balanced approach to the group.”

But all wasn’t rosy: The Browns are 4-7, and Brissett had at least three chances to help lead the team to victory, but late interceptions against the New York Jets, Los Angeles Chargers and Atlanta Falcons proved otherwise.

“Jacoby’s a belief multiplier,” said Browns wide receiver Amari Cooper. “He always has the belief that it’s going to be a good outcome no matter the situation. He’s always talking on the sideline about how we’re going to win. That’s what you need in a quarterback.”

Brissett is exactly what the Browns needed late against the Buccaneers. Trailing 17-10 with 37 seconds left, Brissett threw a 12-yard touchdown pass to tight end David Njoku at the back of the end zone. The extra point sent the game into overtime.

“I thought I threw it too high, and I was about to start crying,” Brissett said. “I saw him pull it down, and I was like, ‘I could have run up and kissed him.’ Clearly I didn’t.” 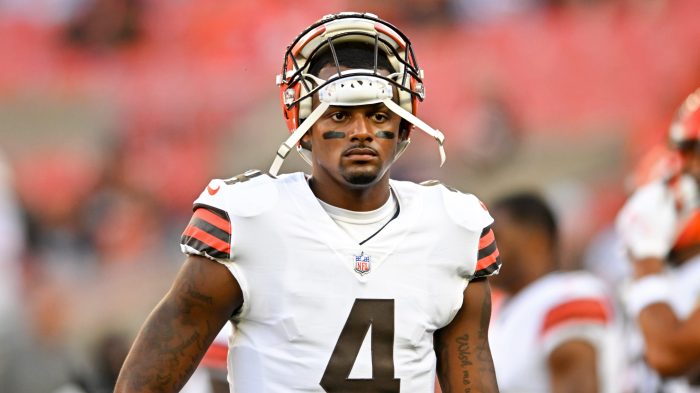 Brissett got another chance late in overtime. A pass to Cooper followed by Chubb’s 3-yard touchdown run two plays later sealed the victory that capped a storybook ending for Brissett.

“This has never been about me, it’s always been about the team,” Brissett said. “This was our team’s opportunity to step up in a big moment and we did that.”

Brissett, likely a free agent at the end of the season, hopes to add more chapters to the story.

“I’m still trying to figure out what this means,” Brissett said. “I’m still learning about myself. In previous years, I’d give an answer to that question, but as I’ve grown older and have been through more stuff, everything changes. This is my job, and I’m always going to be ready. That should never be a question.”

Brissett said he still has a job to do, starter or not.

“I feel like this week y’all feel like I am about to die or something,” he said. “I’m still on the team. I am excited for [Watson] to come back. I’m looking forward to [this week].”