The Bearcats senior is donating all the name, image and likeness money he earns from his jersey’s sales to schools in Cincinnati and his native Detroit

The reaction to David DeJulius’ comments during last month’s weekly news conference for the University of Cincinnati men’s basketball team were all similar.

From his family to his high school and college basketball coaches, they all agreed DeJulius’ latest gesture was consistent with his altruistic behavior. Although his mother, Latrice Halthon, was not surprised by his announcement, she was still moved.

“I wasn’t shocked because that’s the type of person David has always been,” Halthon said of her son, the Bearcats’ starting point guard. “But I teared up because he’s always looked out for everyone. He’s a wonderful person.”

DeJulius will donate all money earned from the sales of his No. 5 jersey in a name, image and likeness deal to buy books for a school in Cincinnati and one in his hometown of Detroit.

DeJulius, a graduate student, wants to share the joy of reading he missed out on as a kid.

“Knowing what reading has done, and the knowledge that it has instilled, will not only open up doors for me, but open up doors for some of the kids that may not have been opened without reading,” DeJulius said during the news conference. “There’s so much knowledge out there, and I want these kids to take advantage of the opportunities reading can provide.”

DeJulius’ commitment to help improve the literacy rate, especially among Black youths is crucial. The United States’ report card from the National Assessment of Educational Progress found that just 16% of Black eighth graders were at or above reading proficiency.
Those numbers are partly due to socioeconomic factors and unpreparedness entering school.

Sometimes, it takes some motivation.

“We can get kids to read by tying it into their passions, and what they want to be,” DeJulius said. “That’s what motivated me. I wanted to know how to get there. So, if a kid wants to be a lawyer or an astronaut, there are books out there where they can read about what they have to do to get there.”

Guyton Mathews, superintendent of Cincinnati College Prep Academy, faces many of those challenges in his grades K-12 school where students either receive free lunch or eat lunch at a reduced price because of a low income.

The school will at least benefit from DeJulius’ commitment.

“We’re absolutely pleased and excited that he selected us,” Mathews said. “Those books will help us with the early literacy challenges. We recently opened up our own school library. Now, our kids can check out books and take them home and keep them throughout the summer.”

“He’s still in school and he’s doing this even if it’s a strain on him financially,” Mathews said. “That says a lot about the impact he wants to have on these kids.” 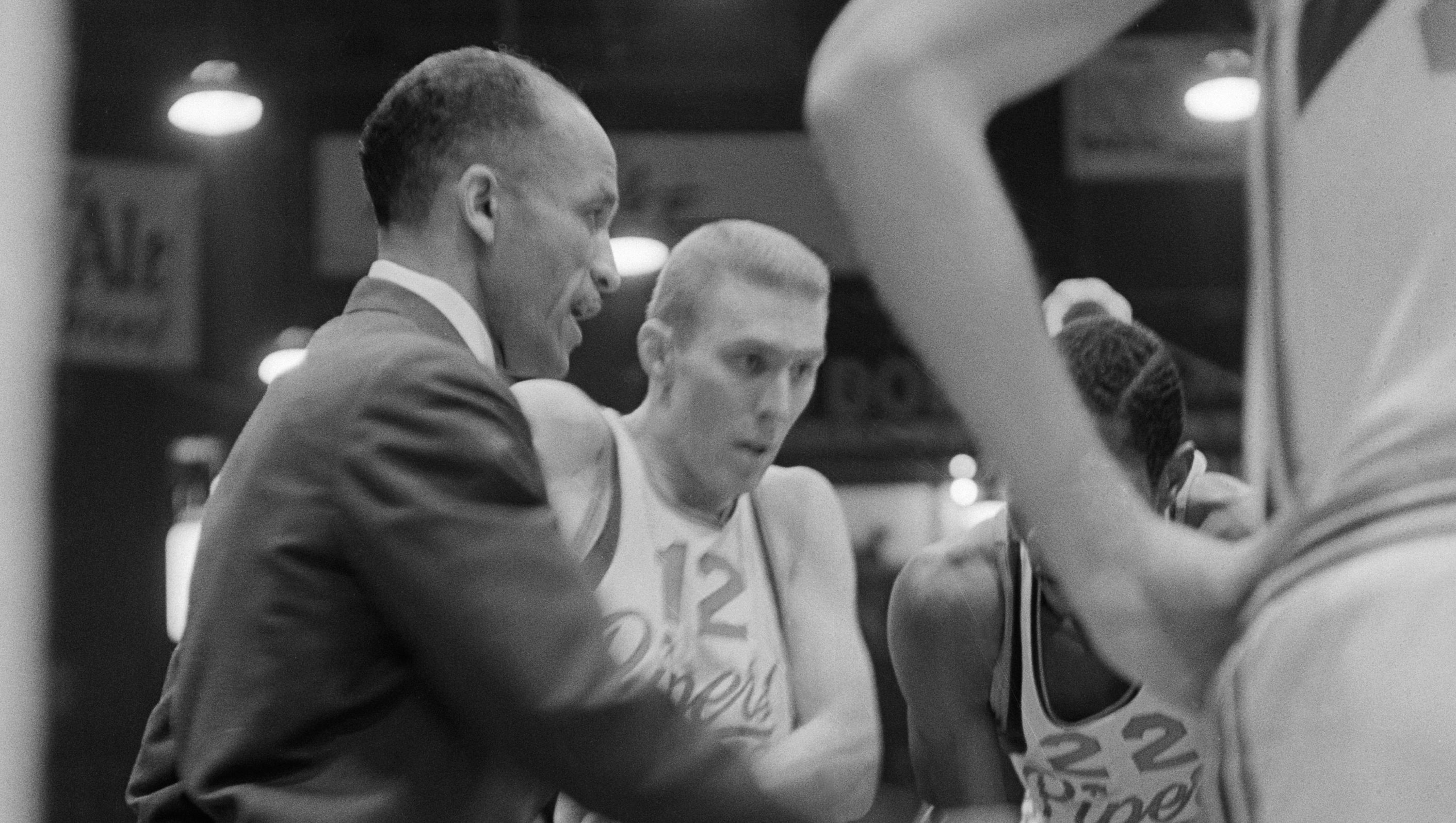 John McLendon is a historical connection between Duke and KansasRead now

In Detroit, Munger Elementary-Middle School will also gain from DeJulius’ jersey sales. Juan Rickman, DeJulius’ former high school coach, is the school administrator at Munger, which has a reading program.

“This shows his values and that he’s grateful for where he came from,” said Rickman, now head coach at Detroit’s Ferndale High School. “He understands how he’s in a position right now because of all of the support that he had coming up. He’d be remiss not to do the same thing for other kids.”

“He’s always been a good student and a good child who wanted to learn, but now he’s taken more responsibility as a man.”
— Latrice Halthon

Despite DeJulius’ current focus, he didn’t always have this same energy when it came to reading. If it wasn’t assigned by a teacher or a professor, reading wasn’t fundamental. His outlook, however, changed during the coronavirus pandemic, when several mentors encouraged him to expand his mind during the downtime.

“COVID was a sticky situation where I felt my development wasn’t growing,” DeJulius said. “So I thought, ‘Let me try this reading thing,’ and it all started from there.”

The former “only when assigned” reader started to make up for lost time by becoming a voracious reader. DeJulius read books in the team’s hotel lobby while on road trips or in his mother’s living room during commercial breaks.

“I started noticing him reading different books, including the Bible,” Halthon said. “He’d pause the TV, put it on mute or even turn it off to do more reading. Or he’d start a conversation with me about a book he read and ask me a few questions.”

His reading list includes the inspirational Never Finished: Unshackle Your Mind and Win the War Within by David Goggins, books by Ryan Holiday and several titles by Amazon executive chairman Jeff Bezos, including, The Life, Lessons and Rules for Success.

“It was like one of those ‘whoa’-like moments,” DeJulius said of reading. “You start to think how I went through life not knowing the knowledge I should know.”

“But the difference now is that he’s a young man expanding his mind with the addition of reading books on his own,” Halthon said. “He’s always been a good student and a good child who wanted to learn, but now he’s taken more responsibility as a man.”

DeJulius has taken responsibility in a college basketball career that began as a high school all-state guard. That led to two years at the University of Michigan, where minutes were limited as a freshman and he was a sixth man his sophomore year.

Seeking more playing time, he transferred to Cincinnati, where he made 16 out of 19 starts as a junior. His 33 starts last season earned him third-team All-AAC honors and he led the team with 14.5 points per game. He scored in double figures 23 times and had 10 games of 20-plus points.

DeJulius is returning for his fifth season, playing for the same coach in consecutive years for the first time in his college career. His first four years were under four different head coaches in John Beilein and Juwan Howard at Michigan, and John Brannen and Wes Miller at Cincinnati.

Not only is Miller proud of DeJulius’ literacy support for students, he’s also elated he chose an additional season with the Bearcats.

“Whenever he decides basketball is over, he’s going to be successful in life because he sees the big picture,” Miller said. “When you hear him doing something for his community by trying to educate and help kids, it doesn’t surprise you at all because he gets it.”