As the final buzzer sounded on Tuesday, text messages flooded Virginia Union coach Jay Butler’s phone to congratulate him on the victory. Although he didn’t have an opportunity to respond to the messages, he knows his Panthers made the Virginia Union community and Basketball Hall of Famer Ben Wallace proud.

“I’m pretty sure I got a couple of text messages already. I know [Ben] probably watched [the game]. I tried to get him to come up, but we’ll probably celebrate when we get back to Richmond,” Butler said with a smile. “It feels great. First, I got to hand it to [coach] Cleo [Hill Jr.] and Winston-Salem. They’re a great basketball team. You see why they are the defending champs. They played hard for 40 minutes, and they’re not gonna let up. They’re gonna play to the end, but our guys, we fought. Defensively, we were awesome, [but] tonight’s defense kind of let up when they made a run back at us. But we kept fighting. We rebounded the basketball [and] made plays when we needed to. All these guys were great [and] played a good basketball game.”

Although a rarity for Division II historically Black colleges and universities (HBCUs) to play on national television, Virginia Union capitalized on the opportunity.

“We definitely want to come back. If they make the call and say the champions get to come back and defend [the title], we’ll be there. [This classic] is good because it prepares you for the CIAA. It prepares you for conference play,” Butler said. ”This is an awesome event. CP3, Boost Mobile, everybody has been involved. It’s been an amazing tournament. We had gifts and a locker room and they fed us well every day. From top to bottom, this is first-class.

“It’s definitely something we can get accustomed to as a Division II [school]. Sometimes you [are] kind of limited on resources, but they had an opportunity to play on ESPN+ on a national level, [play at] the Mohegan Sun. We were held at the same hotel with North Carolina, Purdue and Villanova, those top teams in Division I. Just to see those guys, how they operate. It was easy for us to see and embrace the moment. Everything’s been awesome.”

Early on in the planning, the tournament was scheduled to host Division I HBCU teams only. At the urging of Paul’s elder brother, Charles “C.J.” Paul, who attended then-Division II South Carolina-Upstate for three years, a Division II tournament was added. 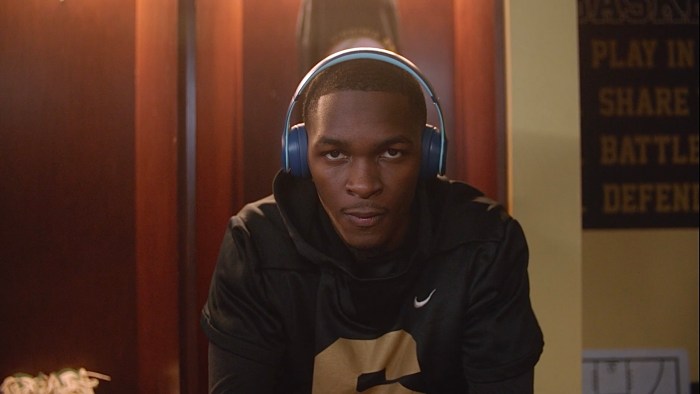 “It’s great to see them play. It’s crazy because while this started out as a Division I tournament, which we have next week, I wanted to do something for the Division II schools. I played Division II, and we wanted to show them love,” C.J. Paul said. “My whole thing was I wanted [Division II HBCUs] to get an opportunity that not even the predominantly white institution Division II [schools get]. The only time these [Division II] teams go to tournaments is usually the CIAA or SIAC tournament. So we’re just starting something new just for HBCUs.

“People are talking about it. Every college coach has reached out to me at some point, like, can we get in next year. Just creating a buzz and setting the groundwork for what hopefully the future looks like. I definitely want this to be an every-year thing for Division II schools, as well as Division I schools.”

While the tournament weekend offered HBCU players a chance to see the jerseys of legendary basketball contributors, Morehouse sophomore center Kalin Bennett went to view his own jersey, which hangs in the Basketball Hall of Fame. His No. 50 Kent State jersey is displayed in the “Underdogs” section of the museum, next to the clipboard used during UMBC’s upset over No. 1 seed Virginia in the 2018 NCAA tournament.

Bennett made history in 2018 as the first student-athlete with autism to sign a national letter with a Division I university when he signed with Kent State. He was diagnosed with autism at 9 months old. Bennett was the first autistic student-athlete to score in a Division I game on Nov. 6, 2019, in Kent State’s season-opening win over Hiram College.

“I’m not going to lie, it was kind of breathtaking to see that I’m in the Hall of Fame at such a young age, which is really not heard of,” Bennett said of seeing his jersey for the first time. “It was kind of amazing and understanding how big of a blessing that is to be able to help some other kids and help people understand that they can achieve their dreams no matter what they have. It’s pretty life changing.”

Bennett’s teammates, who affectionately call him “K.B.” and “Big Cheese” because of his gigantic smile and jovial nature, were excited to share and document his special moment.

“Our big guy,” said freshman Amahn Decker with a smile at the mention of his teammate’s name. “I love him. He’s like, I’m just [shorter]. It’s all love over here. We got to record him. It was a fun experience, plus he’s big-time. He’s in the Hall of Fame!”

Bennett, a 6-foot-10 center, played 17 games that 2019-20 season, finishing with 11 total points. He transferred to Morehouse in February before then-coach Grady Brewer died in May. Described by Morehouse interim head coach Douglas Whittler as a leader and coachable player, Bennett is excited to play for the Maroon Tigers and is prepared to bring his experience playing in the Division I Mid-American Conference to the Division II Southern Intercollegiate Athletic Conference.

“Being able to play such a prestigious tournament has been nothing short of a blessing,” Bennett said. “Shout-out to Chris Paul for having such a great idea about this tournament [and] shedding light on the other HBCUs and overlooked HBCUs, especially Morehouse. So being able to be here at this time and represent Morehouse with the M on my chest is really a sense of pride and sense of joy, and I’m glad to be here.”

In 2018, he founded his nonprofit foundation, SpeKTrum50, which he hopes offers inspiration and eventually programs for children with autism and parents of children diagnosed with autism.

“The SpeKTrum50 Foundation is built on helping kids on the autism spectrum feel encouraged and feel as if they can make it throughout the world and also help them, you know, seeing more opportunities,” Bennett said. “It also helps the parents, because when you have an autistic child, it’s not easy because you feel like you’re battling in a fight by yourself. So it’s awesome to help the parents understand like, ‘Hey, we’re here for you. We need somebody to talk to here.’ It’s just community outreach. It’s a dream that I’ve had since I was first able to talk. So being able to do that is really, really awesome.”

Bennett scored six combined points in the two games played at the HBCU Tip-Off. He started his first game of the season in Morehouse’s 71-66 loss to West Virginia State on Tuesday, scoring four points.