Cubs to Scout College Campuses. That was the headline in the Chicago Defender, the Black-owned newspaper, when Buck O’Neil was signed to the National League team as a scout in 1955. The lovable losers hadn’t been to the World Series in a decade, but the former Negro Leagues All-Star and manager was getting ready to make an indelible mark on the North Side. Three seasons later, a young kid named Ernie Banks, who joined the team in 1953 and was the Cubs’ first Black player, went on to win two straight MVP awards, and the rest is history.

Those two things were not a coincidence. O’Neil previously managed Banks for the Kansas City Monarchs. Years later, in 1962, O’Neil became the first Black coach in Major League Baseball history with the Cubs. Although the young second baseman made it to the bigs first, their relationship is one that remains important in baseball lore. Friday, the Cubs will release a pair of limited-edition shirts to commemorate that bond. The gear was designed by Chicago native Nikko Washington, and a portion of the proceeds will go to benefit a nonprofit on the city’s West Side, The Bloc, which helps children from underprivileged areas gain focus in life through boxing and life skills education. Guidance, brotherhood and mentorship were at the heart of the efforts of Banks and O’Neil then, and remain the team’s driving force behind the effort now.

And in 2021, the Cubs are hoping to give more than the standard lip service to Black History Month, and remind fans that O’Neil, a man once denied entry into the team’s “College of Coaches” experiment and thus never allowed to manage the squad, was an integral part of the franchise, something to be recognized today.

“We knew it couldn’t really be just about messages. So, we wanted to do something,” Cubs vice president of marketing Lauren Fritts said this week. “I think our feeling is that people want to learn. They don’t necessarily want to be lectured. So, we decided to make the process collaborative. And there’s so much diverse talent, creative and artistic talent, in Chicago. So we wanted to channel that artistry into tangible storytelling around Black history and baseball, so that fans could both enjoy the art as well as learn something from it. And then ultimately, also with an end goal of benefiting an organization that makes our community even stronger.”

That community, the West Side of Chicago, is no stranger to turmoil.

In April 1968, Martin Luther King Jr. was gunned down on a balcony in Memphis, Tennessee, while fighting for the rights of sanitation workers. While the tragic event happened in Tennessee, the reverberations around the country were intense. Various cities ended up in flames, with riots destroying Black neighborhoods to the point that some are barely still recovered.

One of those places was the West Side of Chicago, where the effects of the violent demonstrations can still be seen today. High school graduation rates in some neighborhoods are still unacceptably low, but that doesn’t mean anyone has given up hope. The Bloc is an organization, started in 2016, that has been working to help those kids who others had given up on, or never had a chance to begin with.

“Particularly when I think about the West Side of Chicago, there are kids without access to the very things that are going to help make them successful,” Jamyle Cannon, executive director of The Bloc, said on Wednesday. “And I think those are the young people that we need to be talking to the most. There aren’t very many places where you can go and receive a sense of belonging. And one of the consequences of that is we have these young people who are just ending up on the streets, or we have young people who are kind of coasting along in mediocrity.

“The issue, particularly on the West Side, is if you don’t have a place of belonging, because you’re considered not good enough, you don’t have the grades, the behavior or the skills to take part in other outlets, people on the streets will accept you immediately. So we want to take back that weapon of acceptance which has been used by people who don’t have the best interests of our kids in mind and harness it for their welfare to maximize their potential.”

That’s where Washington comes in. The Hyde Park native was drawn to the project due to the learning aspect. Growing up attending games at both Wrigley Field and on the South Side with his cousins, he was moved that Major League Baseball was finally recognizing the statistics of Negro League players this year. And even as a Black man raised in a city where Banks and O’Neil thrived, he believed they were overlooked. 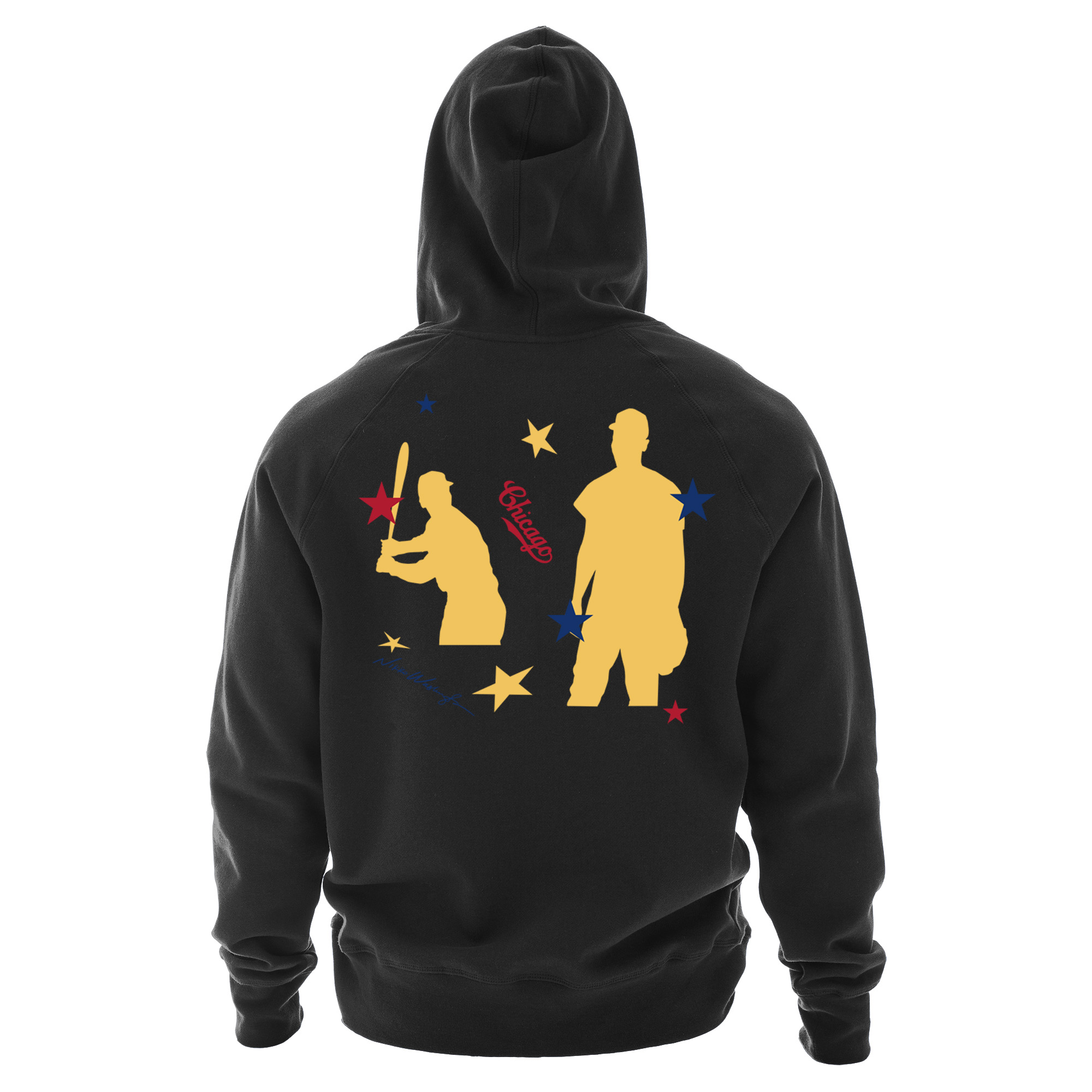 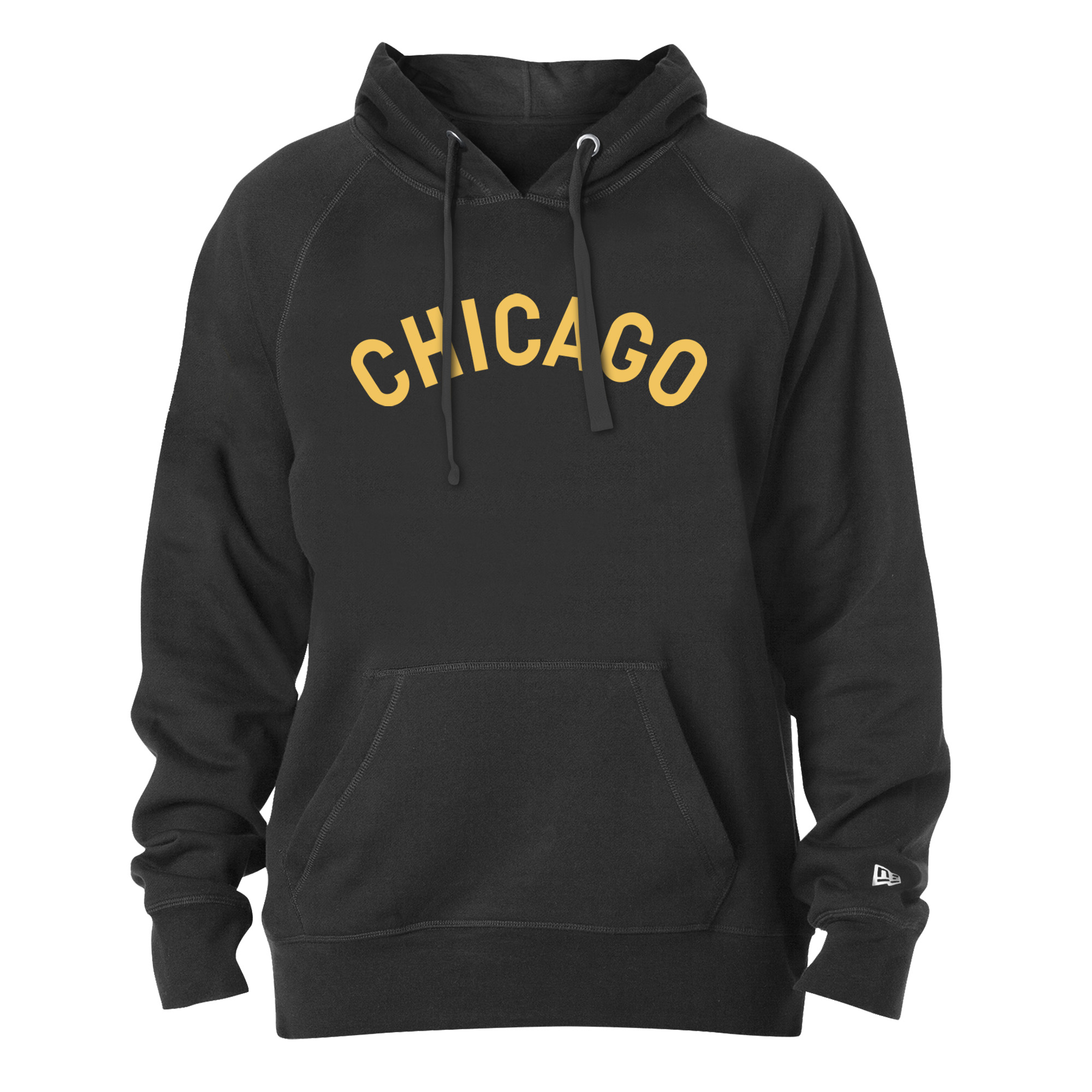 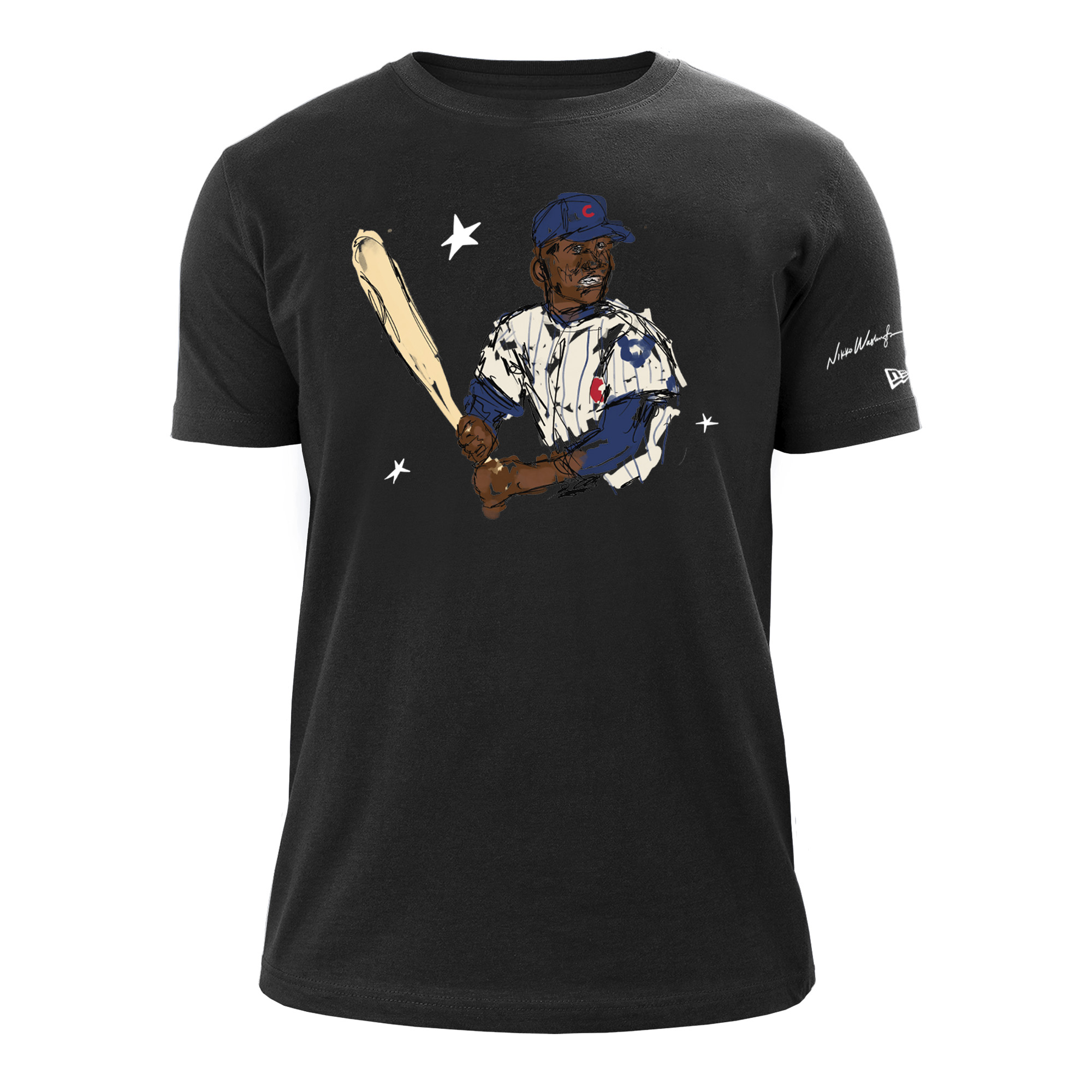 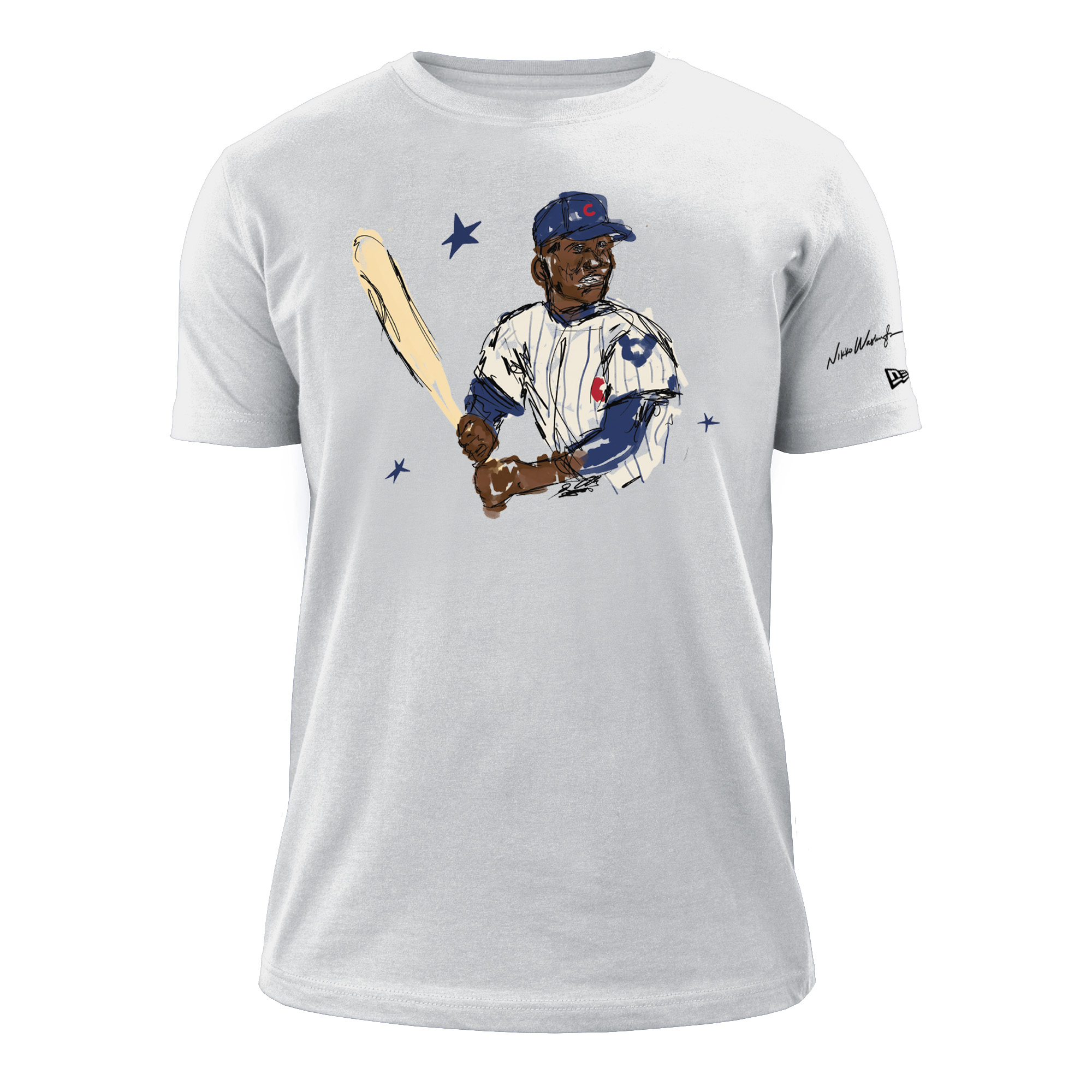 “I was just blown away by their accomplishments on the field, and just their accomplishments in society and culture and how they transcended the game. Buck O’Neil being the first African American head coach and then being a mentor to Ernie and helping him in Chicago, both coming from the Monarchs,” Washington, 27, said on Wednesday. “To me, it was a really important story to be told. … We know Walter Payton. We know Michael Jordan of Chicago, but I feel like we need to talk about Ernie Banks and Buck O’Neil more.”

That word mentor is vital to why all of this is important. In a time in which the concept of more than one Black player on any given team is a legit statistical oddity, to think that two brothers like that were in the same place at the same time is remarkable. For all the noise that Banks received for being a so-called Uncle Tom in his day, O’Neil never heard such slander.

But ask any pro ballplayer today, if there’s another Black player on the field, never mind on your team, that’s probably a person you’re going to end up eating dinner or hanging out with at some point during your stay in their town. For those two to have each other is pretty incredible, and clearly undercelebrated. A feeling that sparks much more when you ask the very people who’ve dedicated their careers to helping those who never had much of a chance to begin with.

“The thing that I think about is, how much we missed out on as a country because of racism, and the separation of leagues, and the matchups we could’ve seen, the way the sport of baseball could have grown and proliferated,” Cannon, 32, said. “When we think about the Negro League that’s been included with Major League Baseball, I hope that people use them in context. They recognize that the people in the Negro Leagues had to overcome extraordinary boundaries in order to compete, in order to play. They had to oftentimes play in the off times on the field, they had to play with oftentimes [insufficient] equipment, and they still accomplished the things they accomplished. I see a lot of parallels between that, and the young people on the West Side of Chicago. …

“If we can just start to take away some of the barriers, if we can just really invest in them from an early age, so they don’t have to overcome things to accomplish what they’re accomplishing, then we’ll be much stronger as a nation.”

As for the gear itself, Washington was very deliberate, to a point. “For this project, I really wanted to focus on more of a design aspect as well as the fine art design that’s on there,” he said. “I thought for this process, it would really look well with a mix of lighting. Quick sketch art with flat design. With any processes of any project I start with sketches, and after I was doing these sketches, they looked really cool, and I thought that without really polishing them. The quick and dirty of them to me was way more successful than something that was superclean.”

Who knows whether a T-shirt here or a hoodie there will help in the larger fight to make people understand the contributions of Black baseball. But if the monies that go to the people who are looking to uplift the very kids who’ve never seen a patch of grass as large as a major league outfield, then, as a famous broadcaster once said: Cubs win.