From fried plantains to conch braised in epis and coconut, Pierre serves up Haitian classics in Tremé

When Chef Charly Pierre, the owner of New Orleans restaurant Fritai, was 12 years old, he slaughtered an animal — a lamb — for the first time at his family’s compound in Croix des Bouquet, Haiti.

“Seeing how it was done helped me decipher just how far into this cooking thing I wanted to go,” Pierre said. “I figured out I loved butchering. I love the process of seeing the animal whole, the animal sacrificing itself to us, using 99 percent of the animal, and actually making it taste good.”

Over the years, Pierre pursued the culinary path further and further, until he arrived at Fritai. He and his business partner Minerva “Eva” Chereches started the restaurant in 2016 and it was named Restaurant of the Year in 2021 by NOLA Eater and was a James Beard finalist in 2022. “Fritai has been a crazy experience. We started out at a little food hall and were there for five years. And then we opened this location in Tremé,” Pierre said.

Fritai’s appeal is due in part to its homage to Haitian street food. “Fritai” is usually fried items like plantains, pork, small fish, or dumplings, and Fritai stands are integral to his near-annual trips to Haiti to see family and friends. “That’s the root idea for the whole restaurant, and a lot of the dishes, especially the appetizers, are based on fritai items,” he said.

One popular item is their Fritai sandwich with pork, avocado, spicy mango relish between fried plantains. Others are akra, spiced root vegetable fritters with pikliz (a spicy relish), and lambi creole, conch braised in epis and coconut. 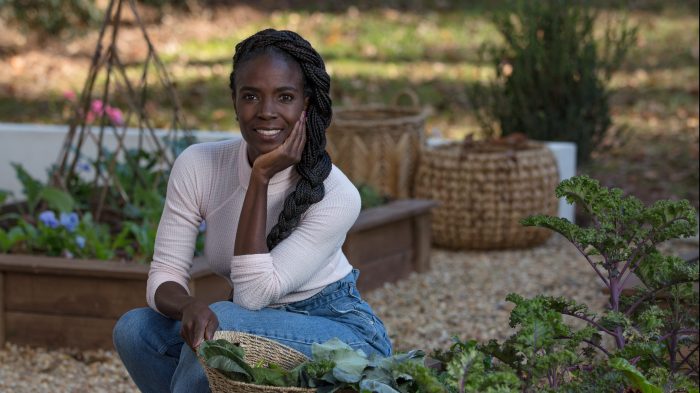 Pierre’s parents — his father is from Jacmel, and his mother is from​​ Carrefour — immigrated to the United States in 1988, and Pierre was born in 1989. “ I was like the little American Dream baby,” Pierre said, laughing. Growing up in Cambridge, Massachusetts, Pierre got his first restaurant job in high school. “There was a little Italian restaurant next door to me, and the owner was outside drunk one day. He just asked me, ‘Hey, you need a job? You know how to cook?’ I said yes even though I didn’t know what I was doing.”

By the time he graduated from high school, Pierre was running the line. He went on to study culinary arts and psychology at Southern New Hampshire University while cooking at a French restaurant, then moving to New Orleans in 2015.

“It’s been magical ever since,” Pierre said, pausing our conversation to check on a huge pot of diri kole, meaning “stuck together,” a traditional Haitian rice with red beans, garlic, parsley, and cloves.

If diri kole sounds similar to the Louisiana Creole dish red beans and rice, that’s because it is, a pattern of diasporic resonance you can find anywhere there are Black people. But that resonance is particularly strong between New Orleans and Haiti, making it an ideal place for a Haitian restaurant.  Tremé, Pierre said, is “a really important neighborhood in New Orleans for both music and Haitian culture. We love connecting the history of New Orleans and Haiti through our food.”

In addition to holding fundraising benefits for Haiti, Fritai also hosts Creole classes. Pierre says students come to learn the language and explore their own connections to the Caribbean country.

After the Haitian Revolution in 1804 against the French colonizers, 10,000 Haitian immigrants came to New Orleans over the next five years, doubling the city’s population. Immigration continued as Haiti faced economic and military consequences from France and the United States for fighting for their freedom. New Orleans saw another large surge of Haitian immigration in the 1960s during dictator Francois “Papa Doc” Duvalier’s brutal 13-year reign.

“Even before the revolution, New Orleanians and Haitians always came back and forth. If you just look at all the food, culture, music, and architecture, there is a parallel. Major cities in Haiti, like Port au Prince, look like the French Quarter in New Orleans. We have gumbo in Haiti, we have beignets in Haiti,” Pierre said.

It’s easy then, in New Orleans, to embody the Haitian spirit of fritai stands at Fritai itself. “It’s just a popping night in areas with nightclubs or bars, lots of high traffic, and people in scooters and bikes. People will commune and just post up to chat,” Pierre said about street food culture in Haiti. “It’s all circulated around the food. There’s always music playing. You can’t have food without music.” At Fritai, you might often find rabòday music playing, which Pierre called the Haitian version of Jamaica’s reggae or New Orleans Bounce. “Lots of drums, it’s an upbeat type of rhythm that fits perfectly with the nightclubs and the parties in Haiti,” he said.

Pierre’s connections with Haiti revolve around family, friends and food. The chaos of the pandemic and opening the new location have prevented Pierre from returning to Haiti since the winter of 2020, one of the longest stretches he’s ever been away. 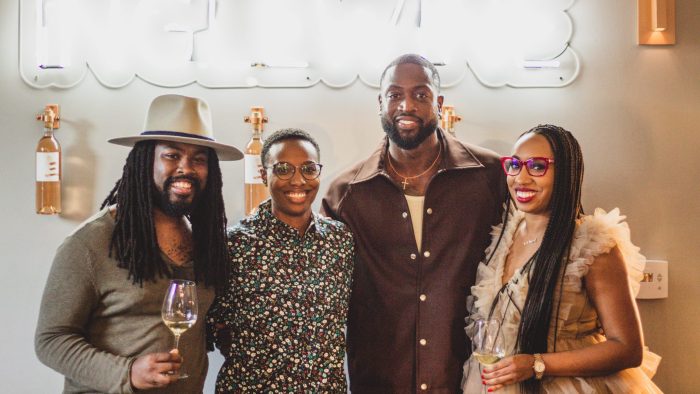 “I love my family’s home in the flatter lands, an area slightly north where they start to grow rice. It’s windy, beautiful, and breezy in the evening. I just hang out with my friends outside, drinking beers and talking all night,” he said.

His own favorite Haitian dish is espageti. “Traditionally, Haitians do it with hot dogs, but I’ll do it with andouille sausage,” Pierre said. “You take Haitian smoked herring and saute it with spices and a little tomato sauce. It’s a slightly drier sauce, so it just looks like a light coat of red oil on the pasta. Then I top it off with a soft-boiled egg.”

It’s a dish that goes back a long time for him when his parents made it in the mornings. “And now, when I go to Haiti, I wake up in the morning and get it from the lady down the block.”

In his downtime, Pierre is refurbishing a ’91 Ford pickup and he loves to fish. “I’ve been going fishing since I was a child before I even knew what fishing licenses were,” Pierre said. “I remember then getting in trouble with the police for it.”

Fishing also gives him inspiration for Fritai’s menu, which often serves up fish heads and crabs. “Some of the best fish you can get in Louisiana are redfish and snappers. Catfish is the easiest thing to catch here. Crabs are also easy to catch, and I love that. You might be fishing, and a crab just grabs the line.” 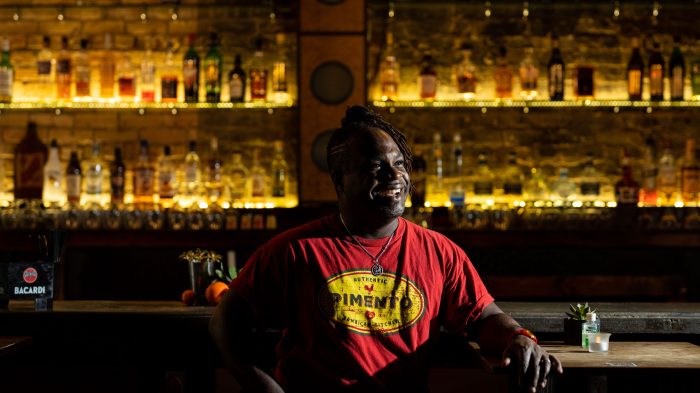 Near the end of our conversation, Pierre began to rub goat meat with a parsley paste to which he added cinnamon. I ask him if his studies in psychology have helped him as a restaurant owner, and he immediately says yes.

“I say this in the best way, but you gotta be a little off if you’re in the restaurant business because it doesn’t make complete sense. It’s low paying, it’s hard work. If you have a logical mind, you don’t work in the restaurant business. We’re all a little off,” Pierre said. “But also, being a business owner, I’m not just a boss. I’m almost like a social worker as well. Everybody has personal issues and personal lives. You have to respond to their needs to help them grow and be the best they can be. Although many people say, ‘It’s not my job to get into it,’ I take care of these people, I feed them, I make sure their bills are paid.”

Pierre’s communal approach is felt by customers, many of whom are neighborhood residents. When Fritai opens in a few hours, it will be filled with patrons who have come to practice their Creole, slurp down bowls of joumou, a Haitian pumpkin soup, and hear the rabòday music. You can find Haitian influence nearly everywhere in New Orleans if you know where to look. And in Tremé, in this small restaurant bursting with flavor, community, and innovation, you’ll find it in abundance.