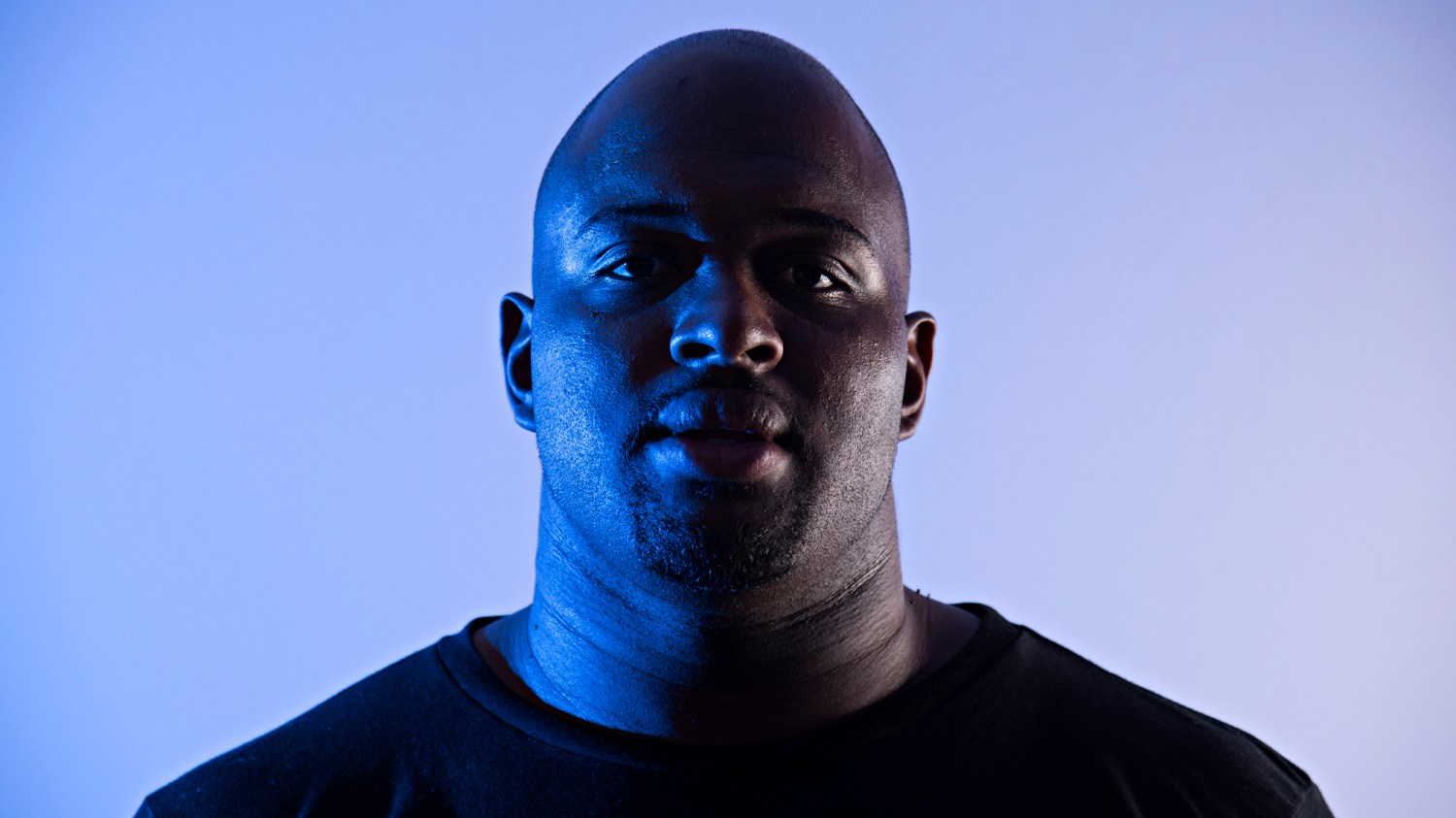 Chargers nose tackle Brandon Mebane wrote a powerful blog post about the racism that himself and several black players from the Los Angeles Chargers have faced while finding housing in the L.A. area. Melissa Lyttle for The Undefeated
NFL

Chargers’ Brandon Mebane: ‘You could just tell they didn’t want us there’

IRVINE, California — Just weeks after unpacking the last boxes after his second move in two years, this time from the suburbs of San Diego to Irvine, a relieved Brandon Mebane stands in front of his new home and smiles.

There’s a lot these days that brings joy to Mebane, the 6-foot-1, 311-pound starting defensive tackle for the Los Angeles Chargers, who opened training camp this past weekend in Costa Mesa.

He’s entering his 11th season — and the second of a three-year contract with the Chargers that pays him $13.5 million. He’s in tremendous shape after a summer where he trained with future Hall of Famer Dwight Freeney and adopted a plant-based diet. And with the NFL’s return to Los Angeles (first the Rams, now the Chargers) after an absence of more than two decades, Mebane gets a chance to play a short distance away from the Crenshaw neighborhood where he was raised.

“I was probably 9 when the last NFL team was in Los Angeles, and after the Raiders and Rams left, I never thought the city would get another team,” Mebane said. “That I can be in my 11th year and play at home, that truly is a blessing.”

Standing in front of his rented home in Irvine, Mebane reaches out and embraces his wife, Amena, who’s nearly swallowed by his massive arms.

Amena glances into her husband’s eyes. With two beautiful young children sleeping inside, the Mebanes appear to be the type of family you’d embrace as your neighbors.

The Chargers announced in January that the team would be moving to Los Angeles, eventually sharing a stadium with the Rams in 2020. With three years until they could play in their permanent home, the Chargers decided to house their training facility and team headquarters in Costa Mesa, a city just off the 405 Freeway and not far from Newport Beach.

That left Mebane and his fellow players scrambling to find housing. Many of the Chargers settled on Irvine, a short drive to Costa Mesa and an affluent city (the median household income between 2006 and 2010 was $90,939, according to the U.S. Census) made up of dozens of planned communities.

“Nice houses, lots of parks for my kids to play in,” Mebane said. “It just seemed like the right place, and it was convenient.”

While Mebane researched neighborhoods, he didn’t give much thought to the racial makeup of Irvine, a city of just over 250,000 people located 42 miles southeast of Los Angeles.

The Asian population in Irvine last year increased to 45 percent, surpassing whites for the first time and making the city “the largest city in the continental United States with an Asian plurality.”

Black residents of Irvine? They’re virtually nonexistent. Yet, even if Mebane had known the African-American population in Irvine was 1.8 percent, he wouldn’t have been concerned. He was a football player with multiple multimillion-dollar contracts behind him.

“For us,” Mebane said, “it was just find the right place where we would be comfortable.”

The signs that renting a home in Irvine could be a problem came early.

Mebane’s Realtor took him and his wife to several homes, only to face icy receptions. During one visit, Mebane extended his hand to greet an owner who extended his in return — while turning his head away.

“You could feel the tension without people saying anything, and you could just tell they didn’t want us there,” Mebane said. “They were probably surprised that we were African-Americans, and they bought into all the negative stereotypes.”

Mebane and his wife eventually fell in love with a home that was right across the street from a park, which was perfect for their kids, 3-year-old Mahailey and 1-year-old Makai.

They set out to put together the rental application, with Amena, a lawyer, looking over all the details. Their credit score, in the 800s, was excellent. They amassed multiple recommendation letters that praised their character.

The Mebanes were turned down. The reason they were given?

“They told us the other applicant had a credit score that was four points higher,” Mebane said, rolling his eyes. “You can’t say we won’t rent to you because you’re black, because you’ll get sued. I know the real reason. I could handle it better if the people were just honest.”

The city of Irvine is a reflection of Orange County, which, according to the U.S. Census Data Mapper, has a black population of only 1.7 percent. That’s the lowest number of black residents of any county in Southern California. By comparison, Los Angeles County has a black population of 8.7 percent. In the three-year span from 2014-16, the Fair Housing Foundation and Fair Housing Council of Orange County opened 85 cases of discrimination “with the leading bias based on disability (physical and mental) followed by familial status, national origin and race.”

David Levy, programs specialist at the Fair Housing Council of Orange County, said he was shocked to hear about the incident with Mebane.

“The fact that Orange County is more affluent and better-educated than more parts of the country does not keep it from happening here,” said Levy, who reached out to the Chargers last week to offer assistance. “We were surprised that players with multimillion-dollar contracts seeking high-end housing with impeccable ability to pay the lease weren’t having success.”

When asked about Mebane’s experience, the Chargers had no comment.

Jo Ann Grant, a longtime Realtor based in Orange County who didn’t work with Mebane, said it’s rare she encounters African-American clients in the county. Grant, who specializes in relocations in Orange, Los Angeles and San Bernadino counties, said house hunters in the area often lose out on homes because of overbidding.

“I’m sure there is some discrimination in some minute way, but in Orange County it might have to do with the Asian population overbidding with purchases and rentals,” Grant said. “It’s a very competitive market. There are a lot of Asians in the community who go into the market offering cash.”

Mebane mentioned the discrimination in his blog, citing examples of problems faced by some of his African-American teammates whom he would not name. Mebane wrote that one teammate was denied a chance to rent a house after offering to pay a year upfront. Another told Mebane he was denied when the requirements for the house were changed after his application was filed.

“I’m the only one that’s been vocal about it,” Mebane said. “I just felt like I had to say something about what happened with me.”

Speaking out has been against the norm for Mebane, who’s been the silent type for most of his career. Now that his blog has thrust him into the debate about race, he has no plans to reverse field.

Relaxing poolside in his backyard, Mebane shares the story about the time his wife was followed by a security guard while shopping in the Prada store in Beverly Hills.

“She turned around and said, ‘Are you following me?’ and he says, ‘Yeah, I’m following you,’ ” Mebane said. “I guess they feel like black people are coming in here, and we can catch them stealing. Going into some of those stores, you know you’re going to get racial tension.”

Mebane knows the potential minefield athletes have to navigate when speaking about racial issues. He’s seen what’s happened to free-agent quarterback Colin Kaepernick, who is still unsigned after taking a knee during the national anthem before games last season.

“What I’m doing is discussing the things I’m going through in my life,” Mebane said. “I did discuss with my wife the possible repercussions of being vocal. It’s sad that Kaepernick isn’t getting a chance, but we all know why. In my opinion, I think he could start on a lot of teams in the NFL today.”

With all that he’s faced in finding a place to live, Mebane was asked whether the lyrics from Jay-Z’s “The Story of OJ” resonate with him:

He thinks about the song and its lyrics for a second.

“What I got from that song is pretty much what I heard from other rappers growing up,” Mebane said. “No matter how much money you have, you still black. They’re going to treat you like a black man, no matter what.”

Now that the drama of the summer is behind him, Mebane has shifted his focus to football. He signed a free-agent deal with the Chargers before last season after playing his first nine years with the Seattle Seahawks.

The Chargers sought Mebane because he is a winner (he played in two Super Bowls, winning with the Seahawks in 2014) and immediately named him one of five captains. He shares the defensive captain title with Manti Te’o. Despite winning a combined nine games over the past two seasons, Mebane, who missed the last six games of last season with a torn bicep, believes this team is good enough to reach the playoffs for the first time since 2014.

“We have a solid quarterback [Philip Rivers], and we have a great deal of talent,” Mebane said. “Look at the number of first- and second-round picks on this team. It’s just a matter of getting all that talent to work together.”

The man who introduced “the belly roll” celebration dance (he says he got it from watching MC Hammer) is hoping for better health this season.

“I feel as good as I have my entire career, and I think my diet has a lot to do with this,” Mebane said. “I’ve even cut out fast food.”

Living in and playing games this season at the StubHub Center in the Los Angeles suburb of Carson brings Mebane’s career into a full circle of the West Coast. He traveled from Los Angeles (Crenshaw High School) to the Bay Area (Cal), the Pacific Northwest (Seahawks), Southern California (San Diego Chargers) and now back home.

Amena was out with friends in Seattle (where she was in her second year of law school) when Mebane began waving to her. They eventually got married in 2014.

“She followed from all up the coast,” Mebane said.

Amena rolls her eyes. “I didn’t even know who he was.”

Being near their home in Los Angeles makes both of their lives easier on game day.

“Now I don’t have to worry about people staying in my house, because everyone’s close enough to commute,” Mebane said, laughing. “When we were in Seattle, people assumed I lived in a mega-mansion, and they’d come into my spot and say, ‘Is this the guesthouse?’ My motto is live like a prince now and live like a king later.”

Mebane promises that later is not for some time.

“I think I have another contract in me,” Mebane said. “I still consider myself an impact player. I can still play this game at a high level.”