SAN FRANCISCO – Former NBA guard Damon Stoudamire hasn’t been coaching in the league long. But in just a short time since stepping down as men’s basketball coach at the University of Pacific to join the Boston Celtics as an assistant, he has learned that there is one major difference between college and the pros.

Stoudamire, 48, says the NCAA could take notes from the NBA on networking, open conversations and respect for its prospective coaches. Fifteen of the NBA’s 30 head coaches are Black (with one opening yet to be filled), while a recent study showed only 24.3% of head coaches in Division I men’s basketball are Black.

“They’re [NCAA basketball] getting better, but they’re far off,” Stoudamire told Andscape before the Celtics’ 107-88 loss Sunday night to the Golden State Warriors in Game 2 of the NBA Finals. “When I say they’re off, it’s from the standpoint that I don’t feel like the decision-makers get a chance to know guys.

“There’s not enough interaction there. In the NBA you have ownership groups, you have guys that come to games, come to practices, things of that nature. You got your front offices where there is a little more interaction. The one thing I will give NBA credit for is everybody is on a first-name basis. There is respect. You’re having conversations. The dialogue is open, and that wasn’t so much here when I was approached the first time.

“College needs to get to that. There are too many stigmas to play out in college. There are too many things that, quite frankly, guys don’t have control over. When you’re involved with a job [opening], you don’t really have that opportunity to let your personality come out, because it’s such a short window to do different things, and you can’t be narrow-minded in your thought process neither.”

Before Stoudamire coached under his longtime friend and Celtics head coach Ime Udoka and at Pacific, he was a feared undersized scorer in the NBA for 13 seasons.

Stoudamire averaged 13.4 points and 6.1 assists for the Toronto Raptors, Portland Trail Blazers, Memphis Grizzlies and San Antonio Spurs in 878 regular-season games. The biggest honor for the 5-foot-10 guard nicknamed “Mighty Mouse” was being named the 1995-96 NBA Rookie of the Year. Stoudamire never won an NBA championship as a player but has an opportunity as an assistant coach for the Celtics.

The Celtics host the Warriors in Game 3 of the NBA Finals in Boston on Wednesday night with the series tied 1-1.

“That is all I’m focused on right now, man, getting that title,” Stoudamire said. “That’d be probably the biggest accomplishment in my career to date.”

Stoudamire previously was an assistant coach at the University of Memphis and his alma mater, the University of Arizona. He was also an assistant coach with the Grizzlies from 2009 to 2011. Stoudamire landed his first head-coaching job at Pacific in Stockton, California, in 2015 and compiled a 71-77 overall record in the tough West Coast Conference led by national power Gonzaga and an NCAA tournament regular Saint Mary’s. He was named the West Coast Conference Coach of the Year in 2019-20 after leading Pacific to a 23-10 record. 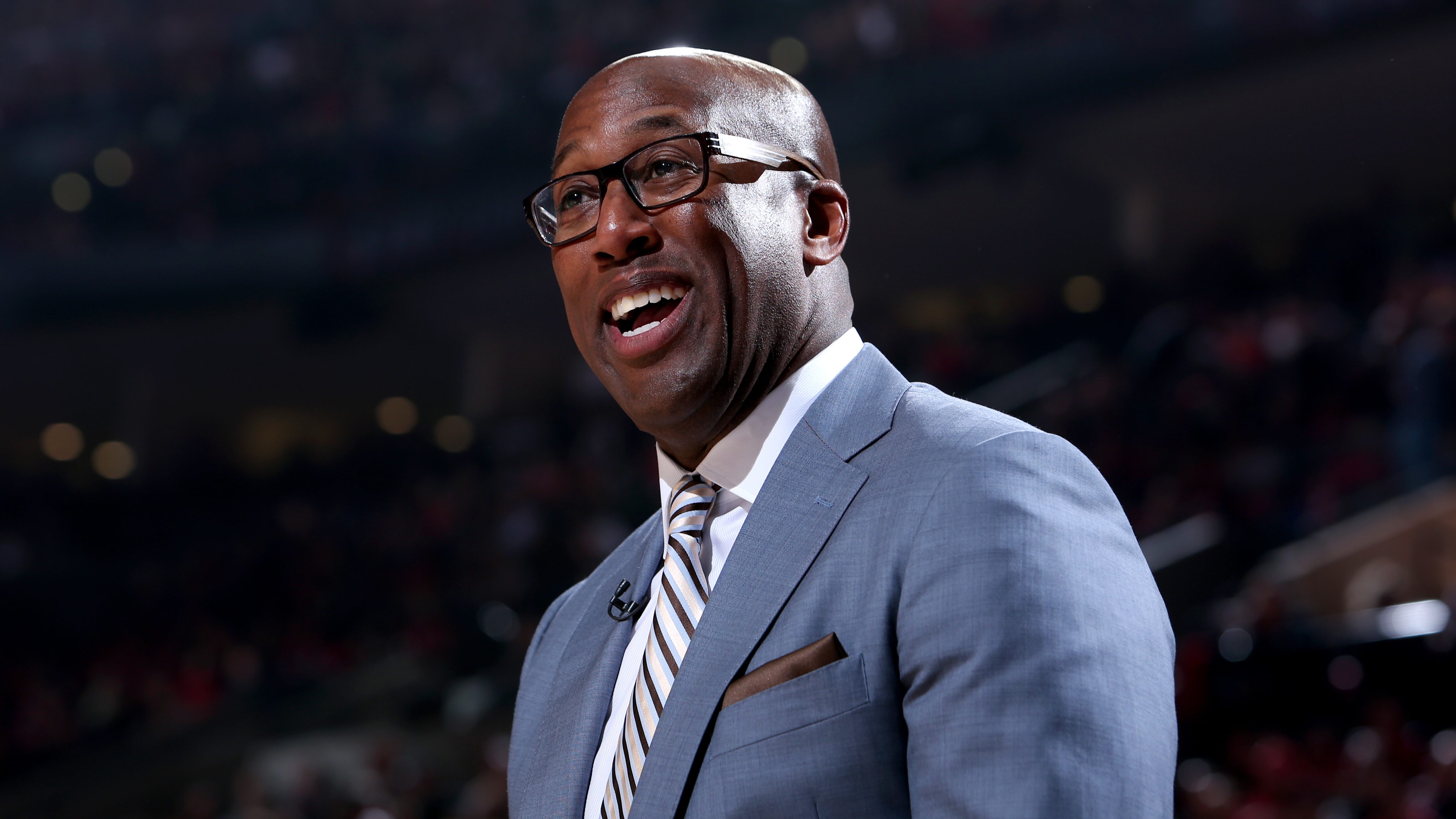 Stoudamire said that the biggest thing he learned from Pacific is “it’s all about the grind.”

“Even being up here in the pros, it’s still all about the grind,” Stoudamire said. “From the basketball standpoint, it’s figuring out what works for you as a coach, the strengths and weaknesses of your team, and all those different things that go into it. But as you know, colleges are like looking for the pros. There’s a lot of other dynamics that come into place that you’re recruiting, you’re running a whole program.

“I was the [CEO] of the team, and I had to make decisions and delegate from the top all the way down to the bottom. It was a lot of managing, and I learned that you got to hire really good people and let them do their jobs, because you cannot do everything. Because if you allow yourself to think that, you’re going to leave a lot of blind spots for you. It’s about getting better.”

Stoudamire interviewed for Arizona’s opening in 2021. He was one of the greatest players in Arizona’s illustrious basketball history and had previous experience as an assistant coach under then-Arizona head coach Sean Miller. In the end, the Wildcats opted to hire outside their family with then-Gonzaga assistant coach Tommy Lloyd.

Stoudamire says he has no ill will for being passed over by his alma mater, believes the process was fair and respects what Lloyd has done so far.

“I’ve known Tommy Lloyd for years and years and years, and he did a great job, especially after Sean and the job he did,” Stoudamire said. “I just kind of kept my emotions to me. It’s the young lingo is what I call it, sometimes you got to learn how to take your Ls [losses] in private. And that’s what you do, you just move on, because I still got a lot of love for my alma mater. I really do.”

Stoudamire still hasn’t moved on from not landing another head-coaching job with a Power 5 school that he says he was a finalist for. When asked which school, Stoudamire declined to comment.

“It stung because I just couldn’t believe it at that time. I said, ‘Man, I cannot believe that I didn’t get this job.’ ”

Udoka, 44, was hired as Boston’s new head coach in June 2021 to replace Brad Stevens, who stepped down to become the Celtics’ president of basketball operations. Udoka, Stoudamire and first-year Celtics assistant coach Aaron Miles, who departed from the Warriors, and assistant coach Ben Sullivan are all natives of Portland, Oregon. Stoudamire’s father had a midnight basketball league in Portland that Udoka used to play in.

Stoudamire says he isn’t surprised that Udoka, a longtime NBA assistant, has led the Celtics to the NBA Finals in his first season as head coach.

“We go back 25, 30 years,” Stoudamire said. “Ime probably was closer to my dad on the initial than he was to me, going to my dad’s midnight league and things of that nature, but he is a really good dude. A guy who, for some, they might be surprised what he’s doing. It really doesn’t surprise me. He’s built for this. He’s seen it a little more than what everybody gives him credit for from that standpoint as well. So, I’m really happy for him and proud of him, proud to be a part of his staff.”

Said Udoka: “The staff has a heavy Portland influence. Guys I grew up with, are younger than me, and we all kind of stuck together and followed each other’s careers basketball-wise. Damon was one of the guys, other than A.C. Green and Terrell Brandon in my generation, we all looked up to. I’ve known him since I was in middle school. And so, our relationship goes back.

“We all knew each other but we all have kind of gone our own paths. Aaron Miles being here, Ben Sullivan with Milwaukee and then Damon in college and Memphis in the pros. [Coaching together is] something we all discussed, possibly, if ever the opportunity to work with people you’re familiar with [arose]. Me getting hired and going straight to the [Tokyo] Olympics, I kind of expedited the process of getting to know the staff by having relationships with a lot of those guys.” 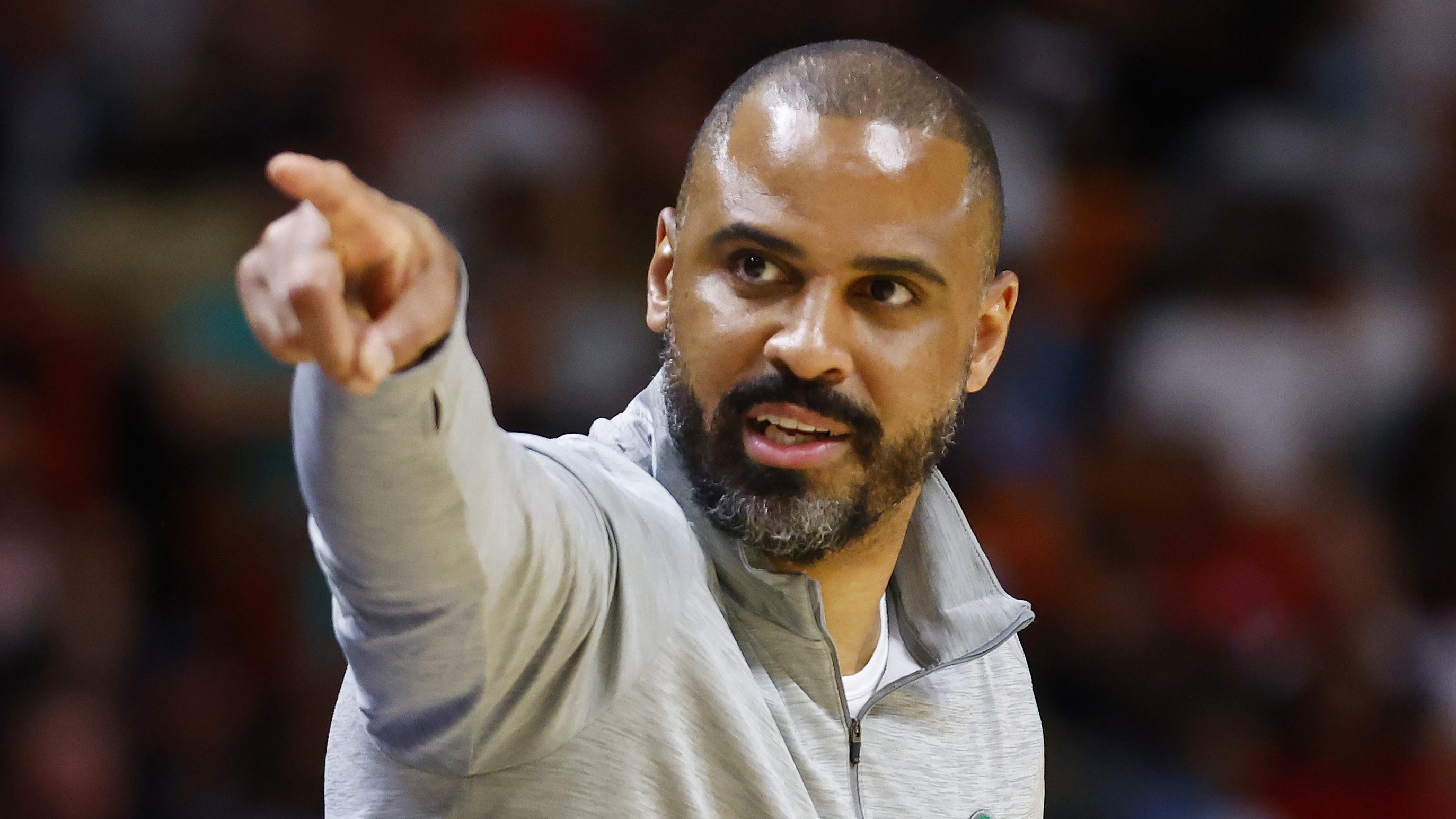 One of Stoudamire’s main roles with the Celtics is working with guard Marcus Smart, the 2022 NBA Defensive Player of the Year.

“I understand what he’s about,” Udoka said of Stoudamire. “Tasked with getting with Marcus and showing him the ropes of being a point guard, a guy who has been there and done that. And I think that was a valuable asset to my hires was relationship building and relatability. And I think he’s a big part of that.”

While joining the Celtics was a “no-brainer” for Stoudamire, leaving the program he was building at Pacific as a head coach wasn’t easy. Leonard Perry replaced Stoudamire, whom he still talks to daily on the phone or via text message.

Stoudamire said that when the Celtics played at Golden State and Sacramento in March, he met with Perry and others close to the Pacific program.

“I also had to still clean up a lot of stuff at Pacific, because I built up a lot of equity there,” Stoudamire said. “It was hard to leave those kids. I don’t think that part people know. You promised them so much, and you had put so much of your blood, sweat and tears on the program. But once I was able to talk to people, clean that up a little bit, it made that decision easy.”

“Coach Stoudamire was and always will be very special and an integral part of Pacific’s basketball history,” Perry said. “He came here and continually built on a long tradition of UOP basketball. We are all rooting for him to win a championship. His impact here was immeasurable. Once a Tiger, always a Tiger. He’s a tremendous basketball coach, but even a better person.” 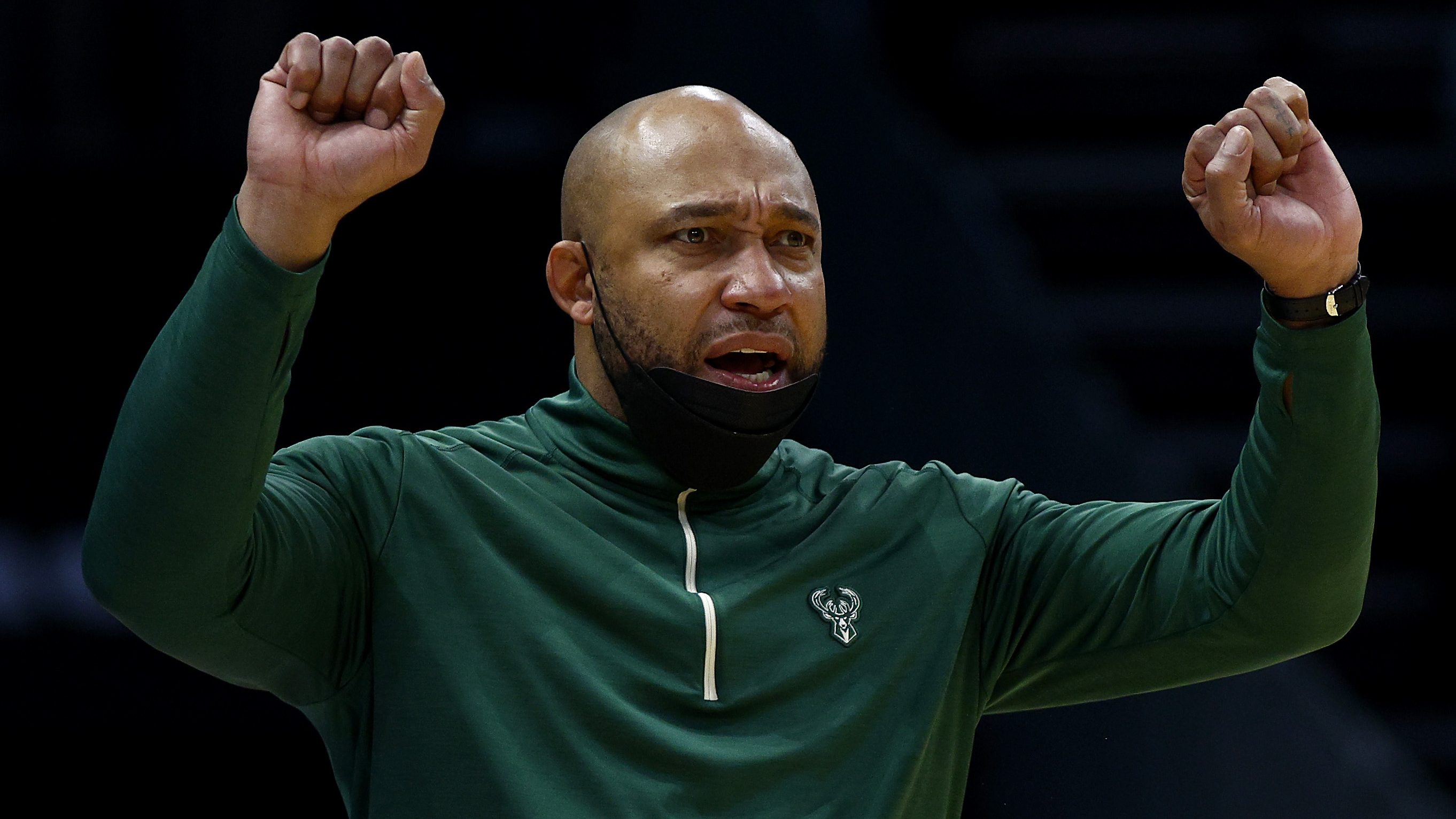 ‘I don’t understand what took so long’: Black men now half of the NBA’s head coachesRead now

So, what is next for Stoudamire? Coach under Udoka for several more years? Become a first-time NBA head coach? Return to college basketball as a Power 5 head coach?

“Hopefully, if I don’t get my shot with what I am doing, I can hopefully help the next person get theirs. That’s where I’m at right now. But I think I’ll get my opportunity.”